Recommendations for the Management of Central …

2 Pathophysiology, Prevalence and Symptoms S. everal types of pain can occur following a stroke . Pain caused by stroke -related damage to the Central nervous system is termed Central pain'.1 Pain may also arise from rigidity and reduced mobility, or from pre-existing conditions, such as osteoar- thritis, which should be differentiated from Central pain in diagnosis. Central post- stroke pain (CPSP) is a neuropathic pain syndrome that is characterized by constant or intermittent pain following stroke . CPSP was initially termed thalamic syndrome' as the lesions caused by the stroke were thought to be located in the thalamus. However, most CPSP cases arise from extrathalamic Nociceptive pain (eg, frozen shoulder) may coexist in patients with CPSP. Central post- stroke pain can occur several months after the stroke , therefore primary care The incidence of CPSP in stroke patients physicians involved in post- stroke care must be alert to the development of the pain.

3 Has been reported at 8%; the pain is moderate to severe in 5% of all stroke patients. 3 In a Medical Progress January 2009 5. NEUROLOGY. survey of elderly subjects, at least 11% Test the sensation to sharp and as either first- or second-line therapy. of the completed stroke subjects had blunt objects in the affected area. Lamotrigine can be considered as an what seemed to be The onset Test the sensation to warmth (eg, alternative first-line or a second-line of pain occurs within 1 month in over touch with a finger) and coolness therapy. If pain relief is unsatisfactory half of all CPSP patients; however, (eg, a metal instrument) in the with first-line agents, mexiletine may in some CPSP patients, the pain can affected area. be used as an adjunct therapy. take more than 6 months to If a patient is unable to differ- 5. Referral to a multidisciplinary It is not clear whether age influences entiate between sensations in either pain centre should be considered if a the risk of developing CPSP; evidence or both of the above tests and the patient remains refractory to pharma- both for and against an influence of affected area corresponds to the site cological treatment.

4 Age ,5 The following symptoms of the cerebrovascular lesion, CPSP. are typical6: is a probable diagnosis. Pain Treatments Burning or freezing pain sensation Difficulties distinguishing sharp Management Relatively few clinical trials have inves- from blunt and warm from cool in tigated the treatment of CPSP. However, the affected area Nociceptive pain, such as frozen TCAs and anticonvulsants are the usual Allodynia (pain sensation from a shoulder, should be treated with first-line treatment for this condition. normally non-painful stimulus) analgesic agents (eg, nonsteroidal anti- Pharmacological Management should Altered temperature sensibility inflammatory drugs [NSAIDs] and be supplemented with physical and appears to be almost ubiquitous opioids), intracapsular injection and psychological interventions. in CPSP, 2 while only about half physiotherapy. Physiotherapy should The pharmacological treatments in of patients with CPSP experience be commenced as soon as possible these Recommendations are based on Allodynia may be tactile-, after a stroke .

5 Conventional analgesics published clinical evidence and current cold- or movement-evoked, and in tend not to be effective in treating clinical practice. However, some agents some cases allodynia type is correlated The key steps in CPSP man- may not be indicated for use in neu- with thalamic lesion site (eg, patients agement are as follows: ropathic pain syndromes. Clinicians with cold allodynia tend to have 1. Differentiate nociceptive pain should consult the local prescribing more dorsally placed thalamic lesions from CPSP, and treat nociceptive pain information for these treatments. than those without, and those with appropriately. Patients should be referred to movement allodynia have more ante- 2. Record the patient's baseline or a multidisciplinary pain centre for riorly placed lesions).7 pre-treatment pain intensity to allow treatment if pain continues despite Pain may be unilateral or may comparison with post-treatment pain.

6 Pharmacological therapy. Pain from only affect small areas. Pain intensity The visual analogue scale (VAS), where CPSP tends to be persistent and, thus, may also vary within the affected patients rate their pain on a scale from can be more difficult to treat. area. Furthermore, symptoms can be 0 mm (no pain) to 100 mm (excru- 1. The TCA amitriptyline more exacerbated by stress and reduced by ciating pain), is one of the simplest effectively controls pain in CPSP. relaxation. means of assessing pain. patients than the anticonvulsant car- 3. Counsel patients in relaxation bamazepine and is better Diagnosis techniques, as stress can exacerbate Therefore, TCAs such as amitriptyline pain. or nortriptyline should be considered As the onset of CPSP can occur several 4. Commence treatment of CPSP as first-line therapy. To minimize side months after the stroke , primary care with a tricyclic antidepressant (TCA), effects, patients should commence at a physicians involved in post- stroke care such as amitriptyline, as first-line low dose and titrate to a higher main- and responsible for follow-up must be therapy.

7 Early treatment improves tenance dose. Particularly in elderly alert to the development of this pain. outcomes for CPSP patients. The patients, amitriptyline should be The following should be assessed in all alpha-2-delta (A2D) ligands gaba- commenced at 25 mg daily and titrated stroke patients reporting pain to differ- pentin and pregabalin may also be to 75 mg daily, or the maximum entiate CPSP from nociceptive pain6: effective in CPSP and may be used tolerated dose. If frail or very elderly 6 Medical Progress January 2009. NEUROLOGY. patients are sedated by the TCAs, a 8. Intrathecal baclofen may Evidence-based Management of lower starting dose of amitriptyline, be effective in some patients with Central Post- stroke Pain for example, 10 mg daily, should be CPSP, 14,15 but as the evidence is considered. limited, it should only be considered These Recommendations have been Pregabalin, an A2D ligand, has after the failure of other pharmaco- based on the published evidence for demonstrated efficacy in a variety logical therapies.

8 Currently available CPSP treatments of peripheral neuropathic pain 9. Surgical interventions can be and are reviewed below. However, it syndromes. It has also been shown to considered for patients unresponsive must be noted that few randomized, significantly reduce pain and improve to pharmacological therapy; however, controlled trials have been performed health status in patients with Central these treatments may be associated to assess the effectiveness of CPSP. pain, including with morbidity and mortality. Motor treatments. 2. Gabapentin, another A2D ligand, cortex stimulation (MCS), spinal cord is approved for the treatment of neu- stimulation and stereotactic mes- Pharmacological Management ropathic pain and may be effective in encephalic tractotomy are surgical Antidepressants treating treatments that may be beneficial for 1. The TCA amitriptyline remains one 3. Gabapentin should be com- CPSP ,17 of the first choices in treating CPSP.

9 Menced at 300 mg at bedtime and Figure 1 shows the treatment A randomized, controlled, cross-over increased by 300 mg every 3 days up algorithm recommended by the study in 15 patients with CPSP but to a dose of 1,800 mg daily after 1 Multidisciplinary Panel on Neuropathic no signs of depression investigated week (given in three divided doses). Pain to help guide the choice of phar- the effectiveness of amitriptyline If higher daily doses are required for macological therapy for CPSP. (maximum dose, 75 mg per day for maintenance, the maximum recom- mended dose is 3,600 mg daily (a lower dose is recommended in patients Figure 1. Recommended treatment algorithm for pharmacological with renal impairment). For elderly Management of CPSP. patients or patients susceptible to side effects, it is recommended to increase gabapentin dosage by 300 mg every First line A2D ligands or TCAs week or to commence with a lower dose (eg, 100 mg).)

10 4. Lamotrigine may be used as a second-line agent or an alternative first- line treatment to Lamotrigine Second line Other anticonvulsants or opioids should be titrated from 25 mg daily to a maximum dose of 200 mg daily, or the maximum tolerated dose. 5. Mexiletine, an antiarrhythmic Third line Adjunctive local anaesthetics agent, may be used as an adjunct to TCAs when patients do not respond to TCAs 6. Intravenous (IV) lignocaine may Refer to pain clinic if refractory to pharmacotherapy provide pain relief in some patients with CPSP. 12,13 It may be used as a temporary rescue' agent in severe cases refractory to oral medications. Consider intrathecal baclofen or motor cortex 7. Central pain appears to be stimulation for severe, refractory CPSP. poorly responsive, but not totally unre- sponsive, to Medical Progress January 2009 7. NEUROLOGY. 4 weeks), carbamazepine (maximum neuropathy and neuropathic pain otrigine (maximum dose, 200 mg per dose, 800 mg per day for 4 weeks) and following spinal cord injury. 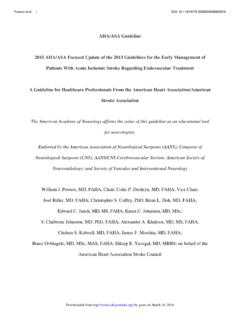 Management, During, Glycaemic, Stroke, Inpatient, Glycaemic management during the inpatient 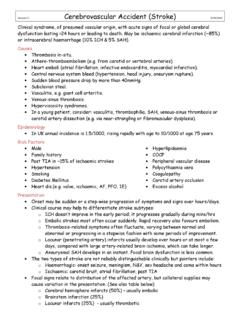