Seabees WHERE THEY WORKED AND. FOUGHT IN WORLD WAR II. An official brief of the itinerary of all the organized U. S. Naval Construction Battalions and special units. Seabees Worked, Fought on Global Front In these thumbnail sketches, compiled from official data. There is assembled for the first time, a record of Seabee units, where they worked and fought in all theatres of World War II. Construction Battalions had the singular distinction of participating in every amphibious operation of the Pacific campaign. They served with every branch of the U. S. armed forces. Beginning at Bora Bora and Guadalcanal, they kept pace with the Army and the Marines and splashed ashore with the first occupation troops on atomized Japanese home islands. The following are endorsements from well known World War II Commanders: 'WELL DONE' This Issue of Seabee Is the last and therefore.

the Seabees as members of our fighting team. SEABEE magazine has represented the officers and men who were the Navy's builders In this war. It has presented their story

1 Seabees WHERE THEY WORKED AND. FOUGHT IN WORLD WAR II. An official brief of the itinerary of all the organized U. S. Naval Construction Battalions and special units. Seabees Worked, Fought on Global Front In these thumbnail sketches, compiled from official data. There is assembled for the first time, a record of Seabee units, where they worked and fought in all theatres of World War II. Construction Battalions had the singular distinction of participating in every amphibious operation of the Pacific campaign. They served with every branch of the U. S. armed forces. Beginning at Bora Bora and Guadalcanal, they kept pace with the Army and the Marines and splashed ashore with the first occupation troops on atomized Japanese home islands. The following are endorsements from well known World War II Commanders: 'WELL DONE' This Issue of Seabee Is the last and therefore.

2 It will become the souvenir of officers and men throughout the Pacific. I have no doubt that many years from now there will be well-thumbed copies of this edition in many homes throughout the United States. It is a most appropriate souvenir. But it is not the only one. Seabees have another series of souvenirs of special significance These are the memories of jobs well done, of bases built, and of difficult tasks completed in the face of great hardships. Each one of these jobs meant a stride on the road to victory and each one added to the importance of the Seabees as members of our fighting team. Seabee magazine has represented the officers and men who were the Navy's builders In this war. It has presented their story and their activities and thus contributed to the high esprit de corps, which has marked the Seabees generally.

3 To the magazine and to the men who published It-I send a hearty "Well Done." CHESTER W. NIMITZ Fleet Admiral, U. S. Navy Commander In Chief. U. S. Pacific Fleet and Pacific Ocean Areas. 'NEVER LET US DOWN' As the former Commanding General of the Fifth Amphibious Corps and Commanding General Fleet Marine Force, Pacific, it gives me great pleasure to send a brief message to the bi-weekly magazine Seabee for their final and souvenir edition. In my humble opinion the formation of the Seabees was one of the finest developments of this last war. The outstanding work of the Seabees and their magnificent courage in battle played a most Important part in the successful prosecution of the war. It was not an unusual sight to witness the Seabees performing their duties under heavy fire. It was an inspiring sight, for instance, to see them working on one end of the airfield while the Marines were fighting on the other end.

4 They were equally at home with the tools of their profession or with the weapons with which they were armed. The spirit of brotherhood existing between the Marines and the Seabees was forged in the holocaust of battle. Perhaps I can sum up this brief message in these few words, "THE SEABEES. NEVER LET US DOWN." With sincere personal regards, H. M. SMITH Lieutenant General U. S. Marine Corps 'UNBELIEVABLE CONTRIBUTION'. We of the Marine Corps know firsthand, perhaps better than anyone else, the almost unbelievable contribution that the Seabees have made to victory. Many times we have fought side by side in the early stages of battle, before there was room for you to proceed with your assigned construction projects. While we pressed farther Inland, you laid aside your arms-but not too far away-to pick up your working tools and build highways, airports, supply depots and innumerable other projects, It was a comforting thought to know as we pushed the enemy back that you were right behind us with your bulldozers and your tractors, year graders and your power shovels- guaranteeing us roads to bring up our supplies and ammunition and to return our wounded, and airports for our planes to use in supporting our troops and in pushing the attack.

5 During the interludes between operations, fortunate Indeed was the unit that was located near a Construction Battalion. Then, the more peaceful pursuits of erecting a flagpole, repairing a watch, were child's play at the hands of the Seabees. The Marines who have fought together with you against the Jap will never forget the support you have given us unfailingly from Guadalcanal to Tokyo. The bend of fellowship between Marines and Seabees, forged by the heat of battle, Is one which I am sure will last as long as there are veterans of these organizations left to recount firsthand experiences of the many hard-won battles of the war. On behalf of all Marines in the Pacific, I want to my thank you, and well done! ROY S. GEIGER. Lieutenant General, , Commanding General, Fleet Marine Force, Pacific Maintained by JD Code 1832.

6 BATTALIONS. 1ST BATTALION. The First Battalion was commissioned at Camp Allen, Va., on March 15, 1942. Three weeks later, the first half of the Battalion, designated as the Second Construction Detachment, embarked for Tongatabu, just below the Samoa group. The other half of the First, designated as the Third Construction Detachment, sailed four days later for Efate New Hebrides. In April 1943, the Second and Third Detachments merged at Elate. In August of 1943, a detachment of 4 officers and 125 men which had been left behind at Tongatabu, sailed for Wallis Island, but rejoined the main body four months later. The First Battalion remained at Efate until they returned to the States in March of 1944. They were inactivated June 3, 1944. 2ND BATTALION. The Second Battalion was divided into the Fourth and Fifth detachment at time of commissioning In April.

7 1942, at Camp Allen. The Fourth detachment embarked at Norfolk and arrived at Upolu in the Samoan Islands, in May of 1942. One unit of the detachment was assigned to the Fifth Marine Defense Battalion on Funafuti, In April 1943. In July, the rest of the Fourth detachment moved to Tutuila, also in the Samoan group. The unit that was sent to Funafuti rejoined the Fourth detachment in January 1944. The second hail of the Second Battalion, known as the Fifth detachment embarked from San Diego, Calif. and arrived at Tutuila late in April. 1942. Two months later, this unit moved to Wallis Island, where they remained for a year, then rejoined the rest of the Second Battalion at Tutuila. The entire Battalion, with the exception of 116 men, arrived at Camp Parks on March 7, 1944. The rear echelon arrived in the States one month later for decommissioning.

8 3RD BATTALION. The Third Battalion was commissioned at Camp Allen in May 1942, and sent its complement overseas by companies. In June 1942, companies left for the following destinations: B Company left for Noumea. New Caledonia; C and D shipped out to the Fiji Islands, and A sailed for Bora Bora in the Society Islands. Headquarters company was distributed among the detachments. For the next 24 months, groups and detachments of the Third Battalion were ordered to duty at several of the Islands in the Samoan and Fiji groups, finally joining in Noumea, New Caledonia, in May 1944. Later that month, the entire Battalion sailed for the States and was decommissioned In July 1944. 4TH BATTALION. The Fourth was commissioned in Camp Bradford, Va., in May 1942 and shipped out of Bremerton, Wash. in June for Dutch Harbor, Alaska.

9 The battalion was then divided Into three groups: 200 men were sent to Eider Point, 350 to Unalaska village and the remainder stationed at Fort Mears area, Amaknak Island. In August 1942, a detachment of 200 men was sent to Adak and Amchitka, In the Aleutians and remained there five months. In June 1943, the entire complement returned to Camp Parks for a 30-day leave. The second tour of duty for the Fourth began just before the New Year, 1944. They landed at Pearl Harbor and began work on Moanalua Seabee Camp. Six months later the Battalion - shipped out to Guam and worked on installations there until May 1945, when they sailed for Okinawa. They were still on that Island when Japan surrendered last August. 5TH BATTALION. Formed at Camp Allen, Va., In May 1942, the Fifth arrived at Pearl Harbor the next month. From July of that year to April 1943, the Battalion sent detachments to Midway, Palmyra, in the Christmas Islands, Johnston Island and French Frigate Shoals.

10 In June 1943, detachments were also shipped out to Canton and Kauai, Operation in all these bases was continued until March 1944, when the full complement went back to the States for leave. The second tour of duty for the Fifth began in January 1945 when the entire Battalion left for Samar. One detachment participated in the Balikpapan invasion. The Fifth was operating In the Philippines at war's end but was awaiting orders to move on to China. 6TH BATTALION. Alter activation at Norfolk June 24, 1942, the Sixth NCB went from Gulfport to Moffet Field, Calif. to San Francisco, leaving for overseas July 21 and reach-ing Espiritu Santo Aug. 11 via Pago Pago, Samoa. The first echelon of 357 men and officers left for Guadalcanal Aug. 29, arriving Sept. 1 less than a month alter initial Invasions of that island. Second and third echelons went to Guadalcanal, with other portions of the Sixth landing at Tulagi. 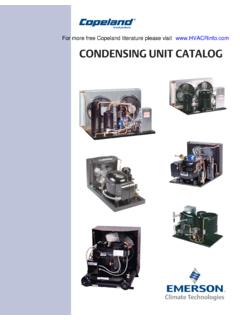 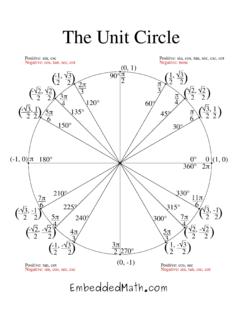 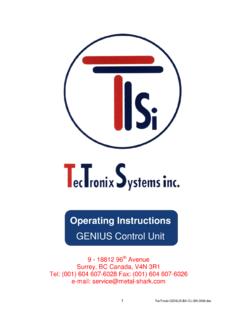 3 TecTronix-GENIUS-BA-CU-EN-3006.doc Installation Do´s and Don´ts Electrical - Do Not cut the connector or the power cables These cables are equipped with special double shields and connectors and must not be cut. 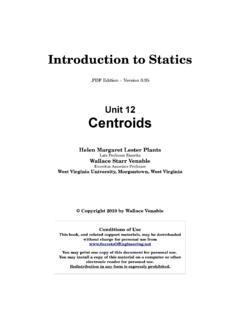 Unit 12 Centroids Frame 12-1 Introduction This unit will help you build on what you have just learned about first moments to learn the very important skill of locating centroids.*

Unit 18: Present Perfect Tense vs. Past Tense • 81. Exercise 8: Write the sentences that your teacher reads. Use the words in the box. The number with each word is the sentence number that the word is in.