, employers would withdraw “relatively cheaply” from multi-employer schemes. The Labour Government made changes in the Pensions Act 2004 (s270-1) requiring

2 The employer debt is calculated on a buy-out basis' ( ; with reference to the cost of buying out the liabilities through an annuity purchased from an insurance company). For non-associated multi- employer schemes , the employer debt can be triggered in a number of circumstances, including where an employer ceases to employ any active members in the scheme. Some smaller employers say they find the employer debt regime overly onerous, and that it risks driving some employers out of business unnecessarily. In particular, some owners of unincorporated businesses (such as plumbers) who could be personally liable for the debt felt the consequences could be catastrophic. In 2015, DWP launched a consultation asking for views on options including: amending the provisions so that ceasing to employ active members did not trigger the debt ; and changing the way the employer debt is calculated. In April 2017, it consulted on draft regulations which would allow employers to defer the requirement payment of an employer debt , subject to the condition that the employer retained all their previous responsibilities to the scheme.

3 As a safeguard, scheme trustees would need to be satisfied that the proposed arrangement would not be detrimental to the scheme or its members. Regulations to introduce a deferred debt arrangement come into force on 6 April 2018 (SI 2018/237). In its March 2018 White Paper, the Government said it had decided against making further changes on the basis that existing arrangements provide sufficient flexibility for employers to manage their Section 75 debts and that maintaining the current calculation method is the most viable way of ensuring that members receive their pension benefits over the longer term. (Cm 9591, para 220-32). The Plumbing pension Scheme is currently consulting on the methodology it should adopt for calculating the s75 employer debt in its particular circumstances. Once it has done this, it will begin issuing s75 employer debt notices to businesses that have had a trigger event.

4 It has produced some employer Consultation 2018 FAQs. 4 Section 75 employer debt - multi- employer pension schemes 1. Background Defined benefit (DB) schemes pay pension benefits based on salary and length of service. Because it is important that they are sufficiently well- funded to pay promised benefits as they fall due, they are subject to funding requirements. 1. In certain circumstances, the deficit in a DB scheme can become a debt on the sponsoring employer . This can happen if the scheme winds up, if the employer becomes insolvent or there is an application to the pension Protection Fund. In the case of a multi- employer scheme, the liability is also triggered if one employer ceases to employ any active members in the scheme. 2. 2004 Act changes Under provisions in the pensions Act 1995, employers would withdraw relatively cheaply from multi- employer schemes . The Labour Government made changes in the pensions Act 2004 (s270-1) requiring the debt to be calculated on a more stringent basis and to include a share of orphan liabilities: [ ] by reference to the cost of buying-out members' benefits with an insurance company on full buyout basis and includes a share of any orphan liabilities.

5 Orphan liabilities are those attributable to members whose employers no longer participate in the scheme. The policy rationale is that trustees have a duty to ensure that all members' rights are protected and that their scheme is. (Cm 9412, Feb 2017, part 4). However, the then Work and Pensions Minister, Baroness Hollis, explained that there would be flexibility when a participating employer withdraw from a multi- employer scheme: The current legislation on withdrawal from multi- employer schemes provides for circumstances where, provided that there are other companies left in such a scheme, a company can withdraw from the scheme and cease to be a sponsoring employer so that it will not be liable for any shortfall if the scheme winds up in the future. employers can currently do that relatively cheaply, as the withdrawal debt is based on the minimum funding requirement (MFR). Of course the problem with that is that any shortfall then has to be met by the last employer remaining in the scheme, something that is not always possible.

6 That is the dilemma. That would mean that the pension promise was not met, with consequent issues for the PPF. Clause 260 therefore allows for Section 75 of the pensions Act 1995 to be modified to provide flexibility in calculating the Section 75 debt when a participating employer withdraws from a multi- employer scheme with associated employers . 3. Regulations would provide that: 1. Pensions Act 2004, part 3. 2. Pensions Act 1995, s75; Occupational pension schemes ( employer debt ) Regulations 2005 (SI 2005 No. 678). 3. HL Deb 13 October 2004 s83-4. 5 Commons Library Briefing, 21 May 2018. [ ] a full buy-out debt will be triggered on withdrawal unless the withdrawing employer puts in place an appropriate financial support arrangement approved by the pensions Regulator. Once appropriate arrangements are in place, the debt will be recalculated and a scheme-specific debt will be payable. 4. How the employer debt is calculated There are different ways of measuring the assets and liabilities of pension schemes : the Statutory Funding Objective used by trustees as part of the scheme specific funding regime to value pension liabilities (often known as Technical Provisions).

7 5. the Solvency measure known as full buy-out an actuarial estimate based on the cost of securing full scheme benefits with an insurer;. FRS 17/102 (and IAS19) used to calculate and present the pension liabilities in company accounts; and the pension Protection Fund's Section 179 basis (a subset of the solvency measure) is the estimated cost of securing PPF. compensation levels rather than the full scheme benefits with an insurer. 6. Buy-out is the most stringent of these methods. For more detail, see Section of Library Briefing Paper SN-04877 pension scheme funding requirements (October 2017). Section 75 (6) of the pensions Act 1995 provides for the employer debt to be calculated in in a prescribed manner . The detail is in the Occupational pension schemes ( employer debt ) Regulations 2005 (SI. 2005/678), regulations 5 and 6. Orphan liabilities In multi- employer pension schemes , an employer is also liable for a proportionate share of orphan liabilities.

8 the pensions Regulator (TPR). explains: There may be members of the scheme (whether deferred or pensioners) whose benefits have not accrued as a result of service with one of the employers . If scheme liabilities in respect of these members are not attributed to any particular employer then they are known as orphan liabilities. Therefore they still make up a part of the overall scheme liabilities, in some cases a very significant part, and trustees should ensure that they understand how these liabilities will normally be shared amongst the employers for the purpose of calculating each employer 's liability share. The method for calculating the liability share for each employer is detailed in regulation 2(1) of the employer debt Regulations. 7. This is provided for in SI 2005/678 (regulation 6). 4. Ibid 5. DWP, Protecting Defined Benefit pension schemes , Cm 9591, March 2018, p72. 6. DWP, Security and Sustainability in Defined Benefit pension schemes , Cm 9412, February 2017.

9 7. DWP, Multi- employer schemes and employer departures, July 2012. 6 Section 75 employer debt - multi- employer pension schemes Related Library briefing papers include: SN-04368 the pensions Regulator: Powers to protect pension benefits (March 2018) and SN- 04515 Deregulatory Review of Private Pensions (September 2009). Review in 2007. A review set up by the last Labour Government to look at the regulations applying to DB schemes said employers had expressed concern that it was unfair to require large payments from those departing multi- employer schemes based on a debt that would only arise if the scheme wound up. 8 It recommended that the debt should not be triggered where the covenant to the scheme from the remaining employers remained strong: 148. Recommendation 2 - Where there is a group reconstruction of employers in a multi- employer scheme, the principle should be established that the debt should not be triggered where the original covenant was strong, and if the remaining employers ' covenant remains as strong, following the reconstruction, as the original covenant.

10 The judgement as to whether the covenant remains intact should be the responsibility of the trustees, after taking appropriate professional advice. However, one of us (Chris Lewin) recommends that, where the original covenant is potentially weak, provided it remains unchanged after the reconstruction, the debt should still not be triggered. (Report, July 2007). The Government responded that the intention was to ensure that an employer cannot walk away' from their pension obligations without ensuring that they are properly funded. 9 However, it acknowledged the concerns and after consultation introduced a number of changes in regulations. 10. As a result, alternatives to the payment of the full s75 debt are available in some circumstances. Guidance from the pensions Regulator explains: When an employer departs from a scheme they will normally become liable to pay their share of the scheme's liabilities; this is their Section 75 debt . 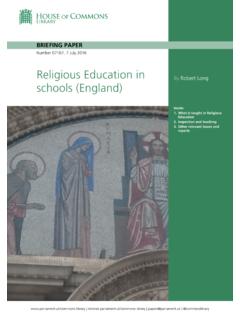 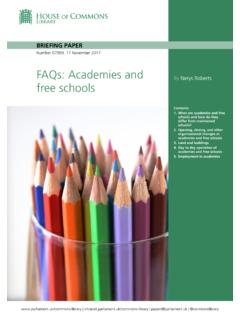 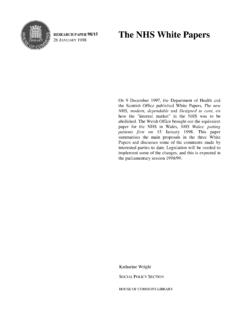 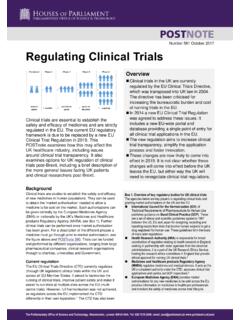 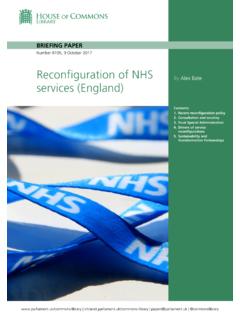 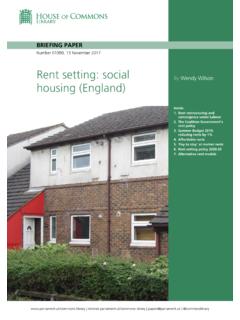 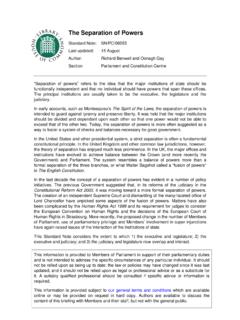 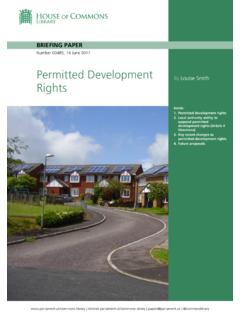 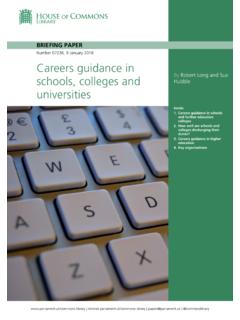 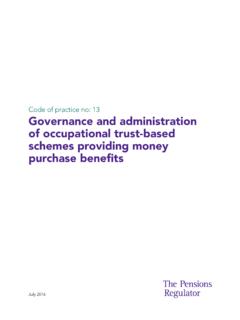 Code of practice no: 13 - The Pensions Regulator

Code of practice no: 13 Governance and administration of occupational trust-based schemes providing money purchase bene ts 7. Introduction. 6.This code of practice (the DC code) is issued by The Pensions 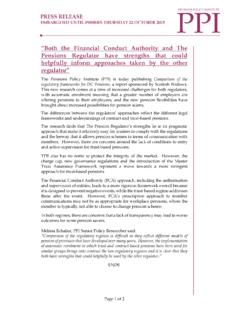 “Both the Financial Conduct Authority and The …

EMBARGOED UNTIL 0900HRS THURSDAY 22 OCTOBER 2015 4 PENSIONS POLICY INSTITUTE Table A summarises the strengths and areas where one regulator may learn from the other in terms of impact on the pension schemes, including members 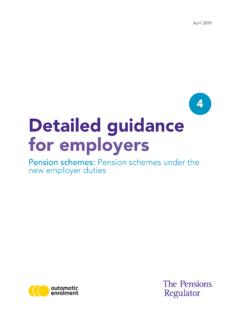 4 Detailed guidance for employers - The Pensions …

Detailed guidance for employers no. 4 Pension schemes 6 About this guidance This guidance is aimed at professional advisers and employers with in-house pensions … 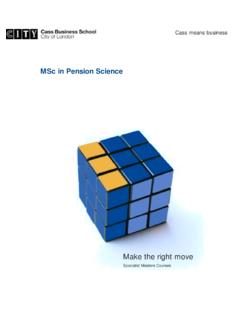 “The Department for Work and Pensions is enthusiastic about the development of this qualification, and would welcome applications from individuals holding the prospective Pension Science MSc. 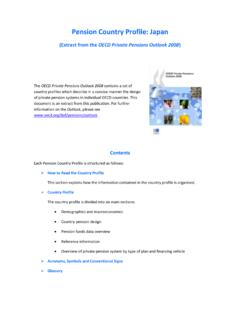 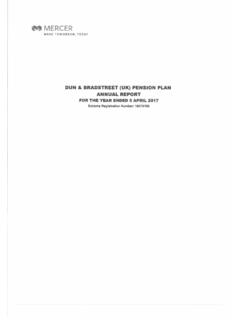