2 The Clean Air Act, one of the dominant environmental regulatory instruments, requires the EPA to leave regulatory decisions up to individual states . Recent actions by the EPA to address greenhouse gas emissions give states significant regulatory discretion. The EPA's Clean Power Plan (CPP) proposes major reductions in carbon emissions from electricity generators in the United states (US). By focusing on the electricity sector, the CPP uses existing provisions of the Clean Air Act Amendments to regulate a substantial share of carbon emissions. Due in part to inaction at the federal level, recent US climate Policy has been driven almost exclusively by state and regional initiatives. A national framework may decrease inefficiencies created by the patchwork of state and regional policies and could improve US standing in international climate negotiations.

4 Hour of electricity generated (lbs per MWh). states have a great deal of flexibility in how to achieve these goals. For example, they may adopt the default rate-based standard or they could adopt an equivalent mass-based regulation such as a carbon cap and trade system. Under a rate-based standard, the state must decrease its carbon emissions rate, whereas under a mass-based standard the state must decrease its aggregate emissions ( , create an emissions cap). Because these systems create different incentives, effects on consumers and producers within a state could be quite different depending on the type of regulation adopted both in that particular state as well as in other states because electricity is traded regionally across state lines. Furthermore, the states ' private incentives may be at odds with those of a social planner.

5 In on-going research, we analyze the potential effects of the CPP in terms of electricity market outcomes and state adoption incentives. A complete description of results can be found in the working paper available as Energy Institute at Haas working paper EI-WP- 255 or as MIT Center for Energy and Environmental Policy Research working paper WP- We briefly summarize the main results and implications for the CPP here. We first analyze a general theoretical model and then calibrate a simulation model to analyze electricity markets in the Western United states . We then use these simulations to investigate likely outcomes under the CPP. The theoretical model has a market supply curve which is a step function ordering the generation technologies by their marginal cost. This ordering is called the merit order.

7 Under mass-based regulations , supply is efficient if the carbon price in each state is sufficiently close to the social cost of carbon. Supply can also be efficient under rate-based standards since costs increase or decrease in proportion to carbon emissions. However, now the carbon price must equal the social cost of carbon and the rate standard must be equal across all the states . Importantly, if carbon prices are equal across states , which would occur if it was possible to trade trade rate-based carbon permits across states , but rate standards are not equal, carbon costs would be different for identical generators in the different states and thus the 1. Available at: #2014 and 2. In practice firms may be allocated free permits implying that some firms may not have to purchase permits to meet their obligations.

8 However, the economic impact of the mass-based standard on a generator's economic marginal cost is the same whether they purchase permits or forgo the opportunity to sell permits that they own. 2. merit order could be inefficient. Put differently, a regime where states have different rate standards will be inefficient even if the states form a coalition that allows for trading of carbon permits. While an efficient merit order is required to achieve an efficient Policy , it is not the only requirement. Even if the merit order of power plants is efficient, if demand is not perfectly inelastic ( , if demand responds to price), our work shows that only a mass-based standard can be efficient. This result echoes earlier results in the literature. Our theoretical model then turns to the incentives for adoption of mass- or rate-based standards from different perspectives. 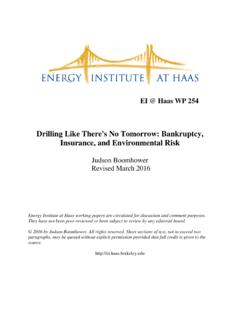 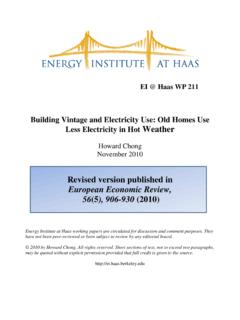 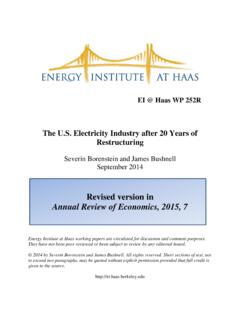 The U.S. Electricity Industry after 20 Years of Restructuring

The U.S. Electricity Industry after 20 Years of Restructuring By Severin Borenstein and James Bushnell Prior to the 1990s, most electricity customers in the U.S. were 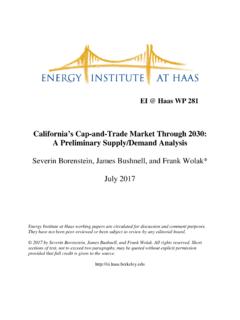 California’s Cap-and-Trade Market Through 2030: A Preliminary Supply/Demand Analysis By Severin Borenstein, James Bushnell, and Frank Wolak This research was … 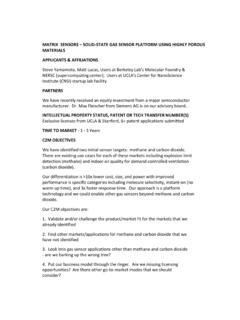 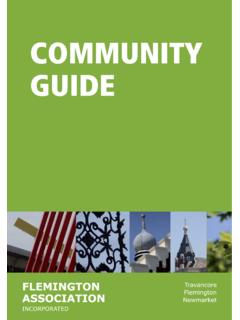 Flemington boasts a diverse multicultural community, with many groups focused on maintaining links within our specific ethnic communities … 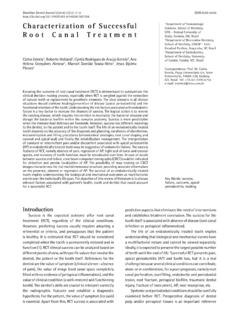 Knowing the outcome of root canal treatment (RCT) is determinant to substantiate the clinical decision making process, especially when RCT is weighed against the extraction