2 2 INTRODUCTION Victims of sexual assault will often undergo a Sexual Assault Forensic Examination (SAFE) following an assault and may also receive additional medical treatment for physical and emotional injuries suffered. The majority of states provide for partial or complete payment for a victim's examination costs, in such cases. However, this information has not been compiled in one place to date. A survey was conducted to review the laws in all 50 states, the District of Columbia, and the United States territories regarding state GUIDELINES on SAFEs, with particular emphasis on mechanisms and related Statutes and GUIDELINES were collected on various elements related to payment for the forensic examination, from sources such as Lexis Nexis, Westlaw, and state government websites. The elements researched include: which agency pays, the specific criteria for payment, what services are included and not included in payment schemes, other authorization or eligibility requirements, disqualifying factors, payment methods, whether the state require restitution from a guilty defendant and finally any evidence retention laws related to SAFEs.

3 This document is primarily a summary of the laws with additional resources available, including a statutory compilation of the relevant statutes as well as a more complete series of charts addressing the categories analyzed below with statutory PAYMENT AGENCY Most states provide payment for SAFEs through one of four entities: the state's victim compensation fund, the county where the offense occurred, the requesting or referring law enforcement agency, or a designated sexual assault program or fund that is authorized to reimburse or directly pay SAFEs. The majority of states (32) pay through the victim compensation program; six states require the county where the offense occurred to pay for the examination; six states require that the law enforcement agency that requests the forensic examination pay for its commission; and six states designate a sexual assault reimbursement program to pay for forensic examinations. It should be noted that 12 states cover the cost of forensic medical examinations in more than one way, depending on factors such as whether or not the victim reports the assault or whether or not the victim has insurance or consents to her insurance being billed.

5 As such, it is possible that some of these general funds are used to pay for SAFEs. 1. The following document was created from research using numerous sources, including state statutes and state agencies' standards and GUIDELINES . It is important to note that states may have additional protocols that will affect payment for forensic examinations. If you have any questions about the interpretation of your state's laws it is important to check with your state attorney general's office to ensure the most up to date and complete account of the payment mechanisms in your jurisdiction. 2. Please contact AEquitas: The Prosecutors' Resource on Violence Against Women for these additional resources. 3 State Victim Compensation/Services County Where Law Enforcement Agency Program3 Offense Occurred with Jurisdiction Alabama Kentucky Puerto Rico Arizona California9 Arkansas Maine Rhode Island Kansas Colorado Delaware4 Maryland5 South Carolina Louisiana Montana10 District of Massachusetts Tennessee Minnesota Nebraska Columbia Michigan Utah Nevada Texas (when requesting Florida Mississippi Vermont South Dakota exam) Georgia New Virginia Wyoming (if investigating) Hawaii Hampshire6 Virgin Islands Idaho New Jersey Washington Indiana New York Wyoming8 Iowa Ohio Oklahoma Pennsylvania7 State Sexual Assault Victim's Insurer Other Reimbursement Program Billed First Connecticut Delaware Maryland Department of Health and Mental Illinois Illinois Hygiene New Mexico Maine Missouri Department of Public Safety.

7 7 Pennsylvania's victim compensation/services program will bear the costs if the victim's insurance does not cover the examination or cannot be billed. 8 Wyoming's state victim compensation/services program will bear the costs where no investigation is conducted. 9 In California, if the victim does not cooperate, law enforcement may seek reimbursement from a state agency. 10 In Montana, the law enforcement agency with jurisdiction will bear the costs of the examination, when the examination is directed by the agency or when evidence obtained by the examination is used for the investigation, prosecution, or resolution of an offense. 4 Sexual Assault Forensic Examination Kits Fifteen states have developed uniform SAFE kits and distribute them, at no charge, to health care providers and other professionals who administer forensic examinations throughout the state. Texas does not provide SAFE kits, but the state does issue a standard protocol distributed by Sexual Assault Prevention and Crisis Services.

9 Five states will pay a set percentage of the bills for the examination, ranging from 70% to 100%. Arkansas will pay 65% of relevant medical bills, not to exceed a maximum of $10,000 (although this cost ceiling is not specific to forensic medical examinations). Ohio pays a flat fee of $500. 5 Set Maximum Percentage of Bill Other Implied but no Delaware, Missouri, Virginia, Utah 70% of the eligible Arkansas will amount in statute Wisconsin (limited to exam costs) hospital services and supplies reimburse up to 65% $80 Maryland (for examination and Vermont 70% of the medical bills, not collection of evidence) Louisiana 100% to exceed a total $150 New Mexico (for medical costs not New Mexico 100% of bills reimbursement of associated with evidence collection) resulting from rape exams, $10,000 (not specific to $300 California11, Utah12 evidence collection, or child forensic medical $350 Utah (for rent or use of an sexual abuse exams exams) examination room or space for the purpose of conducting a sexual assault forensic exam)

10 $500 Florida, Iowa,13 Oklahoma14 $600 Michigan,15 Montana, Utah16 $700 Texas Ohio will reimburse a $750 Maine, Tennessee flat fee of $500 $785 Oregon17 $800 New York, North Carolina18 $1000 Georgia, Nevada, Pennsylvania $25000 Rhode Island (not specific to forensic medical exams) SERVICES INCLUDED Apart from SAFE kit costs and any other costs immediately related to the administration of the examination, 33 state statutes include specific collateral services to the victim's care, for which the state will cover the costs. Thirteen states cover the cost of a pregnancy test, and six of those states provide payment for emergency contraception. Fifteen states will pay for tests for sexually transmitted infections (STI). Fifteen states cover costs of medications prescribed following the forensic examination. Ten states will pay hospital and emergency room fees. Two states, Indiana and Vermont, will pay for the victim's counseling related to the sexual assault. Five states will pay for treatment of injuries related to the sexual assault. 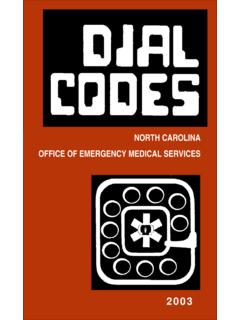 FOREWORD This is the third release of the “twenty-seventh” 2003 electronic edition of the North Carolina Emergency Medical Services Radio Dial Code Directory. 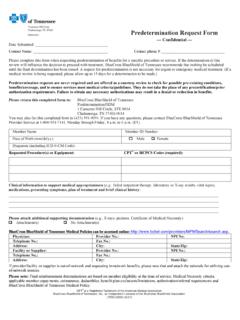 CPT® is a Registered Trademark of the American Medical Association BlueCross BlueShield of Tennessee, Inc., an Independent Licensee of … 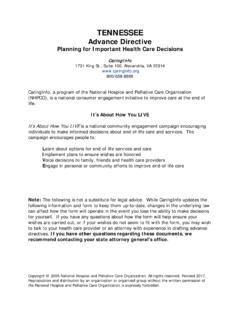 This packet contains a legal document, known as a Tennessee Advance Directive, that protects your right to refuse medical treatment you do not want , or to request treatment 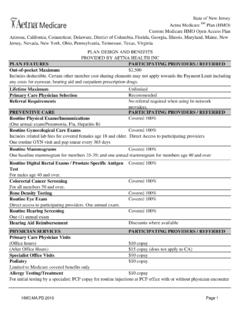 PLAN DESIGN AND BENEFITS PROVIDED BY …

NJ Office of the Attorney General

NJ Office of the Attorney General What Rights Do I Have If I Need To Take Time Off From Work To Care For A Close Family Member? Under the New Jersey Family Leave Act, certain employees