3 * Between V1 and V2. P X M FS Only Note : In aeroplanes which are not certificated as transport category aeroplanes (JAR/FAR 25) or as commuter category aeroplanes (SFAR 23), the engine failure shall not be simulated until reaching a minimum height of 500 ft above runway end. In aeroplanes having the same performance as a transport category aeroplane regarding take-off mass and density altitude, the instructor may simulate the engine failure shortly after reaching V2 . Rejected take-off at a reasonable speed before reaching V1 . P X M. Section 3 - Flight Manoeuvres & Procedures Turns with and without spoilers. P . Tuck under and Mach buffets after reaching the critical Mach number, and other specific P X FS Only flight characteristics of the aeroplane ( Dutch Roll). (an A/C may not be used for this exercise).

7 P . * With autopilot. P . * Manually, with one engine simulated inoperative; engine failure has to be simulated during final approach from before passing the outer marker (OM). P M. until touchdown or through the complete missed approach procedure. (see note 2 below). Note : In aeroplanes which are not certificated as transport category aeroplanes (JAR/FAR 25) or as commuter category aeroplanes (SFAR 23), the approach with simulated engine failure and the ensuing go-around shall be initiated in conjunction with the non-precision approach as described in The go-around shall be initiated when reaching the published obstacle clearance height (OCH/A), however, not later than reaching a minimum descent height/altitude (MDH/A) of 500 ft above runway threshold elevation. In aeroplanes having the same performance as a transport category aeroplane regarding takeoff mass and density altitude, the instructor may simulate the engine failure in accordance with * NDB or VOC/LOC-approach down to the MDH/A P M.

9 Rejected landing at 15 m (50 ft) above runway threshold and go-around. P . Section 5 - Landings Normal landings* also after anILS approach with transition to visual flight on reaching DH. P. Landing with simulated jammed horizontal stabiliser in any out-of-trim position. P FS Only (an aircracft may not be used for this exercise). Cross wind landings (a/c, if practicable). P . Traffic pattern and landing without extended or with partly extended flaps and slats. P . Landing with critical engine simulated inoperative. P M. Landing with two engines simulated inoperative. (not required for two engined aircraft). - Aeroplanes with three engines, the centre engine and one outboard engine as far as practicable P X M, S FS Only according to data of the AFM. - Aeroplanes with four engines, two engines at one side. 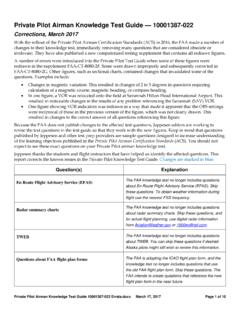 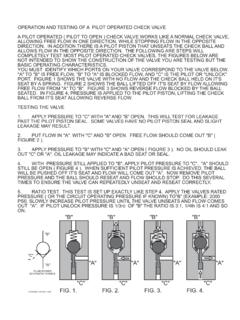 OPERATION AND TESTING OF A PILOT OPERATED … 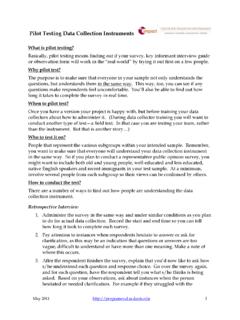 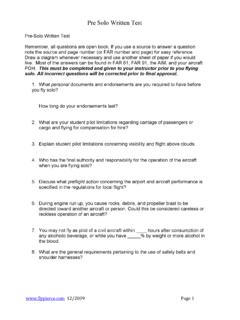 Pre Solo Written Test www.flypierce.com 12/2009 Page 2 9. What is the minimum fuel reserve for day VFR flight, and on what cruise speed is the fuel reserve based? 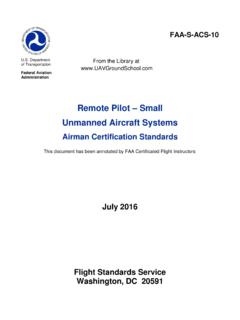 Training Course Fees - Learn to Fly | How to …