3 3 Divers exposed to high levels of underwater sound can suffer from dizziness, hearing damage or other injuries to other sensitive organs, depending on the frequency and intensity of the sound. This may include neurological symptoms such as blurred vision, lightheadedness, vibratory sensations in hands, arms and legs, and tremors in upper extremities (3, 4). 4 The single most important criterion related to diver safety resulting from low frequency sonar is that of disorientation due to vestibular stimulation. Whilst exposure to sonar transmissions below a level necessary to cause disorientation can give rise to temporary hearing threshold shifts, these are considered operationally acceptable for Diving operations over limited periods.

4 5 The frequencies used in ultrasonic sonars (> 250 KHz) are above the human hearing threshold. Because the power of ultrasonic sonar rapidly falls off with distance, a safe operating distance is 10 metres or greater. Diving may be conducted around this type of sonar provided the diver does not stay within the sonar focus beam (5). None of the above avoids the need for positive safety measures to be adopted when divers are working on or very close to sonar sources which are inactivated. The possibility of accidental activation must be precluded.

5 6 Certain other considerations need to be taken into account before safe operating distances are calculated: a) Helmeted divers are considered to have sufficient attenuation from the helmet itself to allow them to be safe from any known sonar in commercial use with frequencies above 500 Hz. In lower frequencies (<500. Hz) the minimal audible threshold is approximately 40 dB lower in humans in air than in water, and the estimated level of sound attenuation of divers helmets is between 25-30 dB over the same frequency. Therefore the divers helmets offers no advantage for hearing protection over the wet-suit hood for low frequencies (3).

6 B) Conversely, non-hooded and hooded divers may be at risk. The neoprene hoods normally worn by hooded divers do afford some attenuation. A 3mm neoprene wet-suit hood provides some hearing protection (10. dB) from sound frequencies between 400 and 500 Hz at shallow depth (<10 msw) (6). 7 It is not possible to set general safe distances with accuracy and appropriate figures must be calculated for each type of sonar or noise exposure. The views expressed in any guidance given are of a general nature and are volunteered without recourse or responsibility upon the part of the Diving Medical Advisory Committee , its members or officers.

7 Any person who considers that such opinions are relevant to his circumstances should immediately consult his own advisers. 8 None of the above avoids the need for positive safety measures to be adopted when divers are working on or very close to sonar sources which are inactivated. The possibility of accidental activation must be precluded. References 1 Parvin SJ, EA Cudahy, Fothergill DM. Guidance for diver exposure to underwater sound in the frequency range from 500-2500 Hz. Underwater Defence Technology 2002. 2 Ainslie MA. Review of published safety thresholds for human divers exposed to underwater sound. 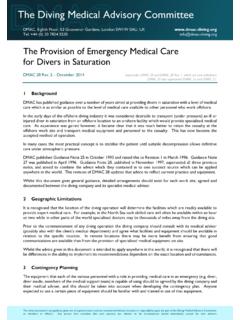 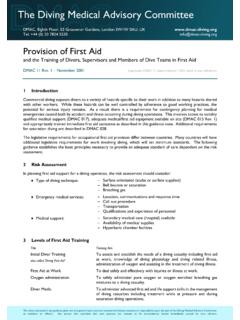 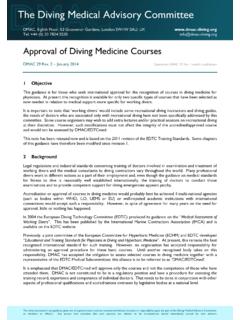 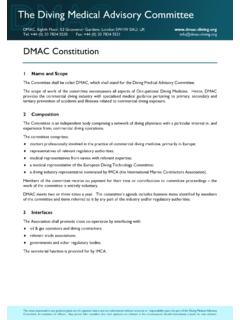 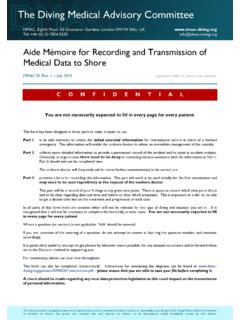 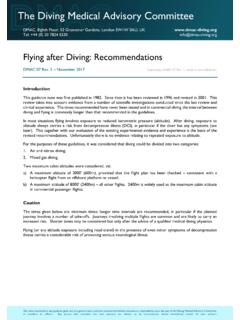 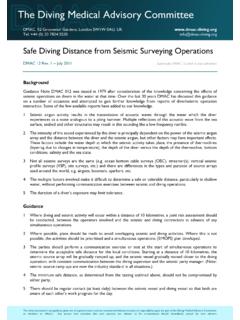 The Diving Medical Advisory Committee DMAC, 52 Grosvenor Gardens, London SW1W 0AU, UK www.dmac-diving.org Tel: +44 (0) 20 7824 5520 info@dmac-diving.org The views expressed in any guidance given are of a general nature and are volunteered without recourse or responsibility upon the part of the Diving Medical Advisory Committee, 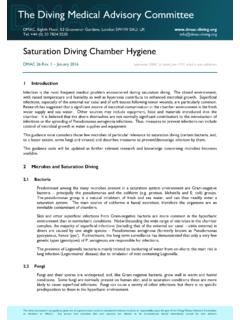 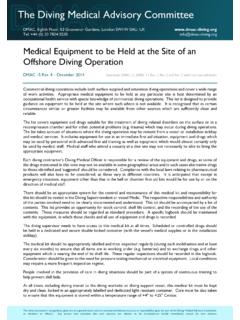 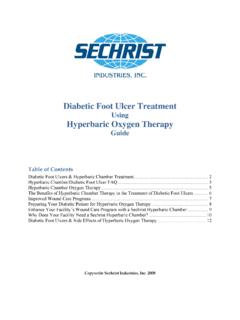 Hyperbaric Chamber/Diabetic Foot Ulcer FAQs What is hyperbaric oxygen therapy? Hyperbaric Oxygen Therapy is a treatment option for diabetic patients with a … 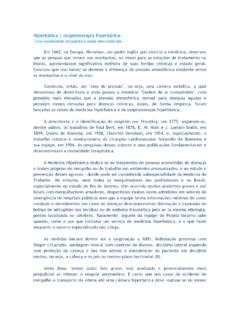 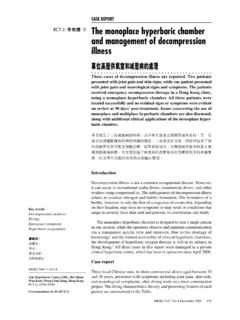 The monoplace hyperbaric chamber and … 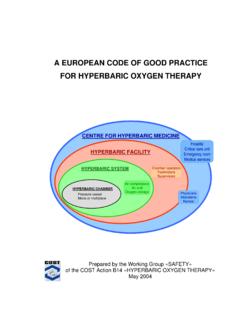 A EUROPEAN CODE OF GOOD PRACTICE FOR … 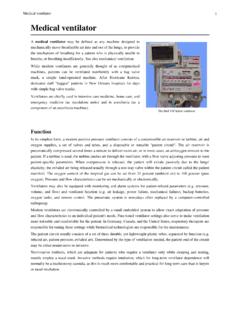 Guidancce for appointed doctors on the Work in …

5 Health and Safety Executive Guidance for appointed doctors on the Work in Compressed Air Regulations 1996 Introduction 1 This guidance provides information for ...