UNMATCHED ECONOMICS , PERFORMANCE AND PASSENGER APPEAL. The new-technology Boeing 787 dreamliner , which makes extensive use of composite materials, promises to revolutionize commercial air travel. AVIATION WEEK & SPACE technology MARKET SUPPLEMENT/MARCH 14, 2005 S1. UNMATCHED ECONOMICS , PERFORMANCE AND PASSENGER APPEAL. In April 2004, All Nippon Airways launched the 787 program with an order for 50 aircraft. The Dreamliners are scheduled to begin replacing the Japanese airline's fleet of Boeing 767-200s in 2008. Picture this: You're sitting in an 787. When it enters service in 787-8 will start in 2006, with economy-class window seat, jet- three years, the 787 will dramat- first flight in 2007 and certifica- ting across the Pacific Ocean at ically raise the bar in every tion and entry into service in 41,000 ft.

1 UNMATCHED ECONOMICS , PERFORMANCE AND PASSENGER APPEAL. The new-technology Boeing 787 dreamliner , which makes extensive use of composite materials, promises to revolutionize commercial air travel. AVIATION WEEK & SPACE technology MARKET SUPPLEMENT/MARCH 14, 2005 S1. UNMATCHED ECONOMICS , PERFORMANCE AND PASSENGER APPEAL. In April 2004, All Nippon Airways launched the 787 program with an order for 50 aircraft. The Dreamliners are scheduled to begin replacing the Japanese airline's fleet of Boeing 767-200s in 2008. Picture this: You're sitting in an 787. When it enters service in 787-8 will start in 2006, with economy-class window seat, jet- three years, the 787 will dramat- first flight in 2007 and certifica- ting across the Pacific Ocean at ically raise the bar in every tion and entry into service in 41,000 ft.

2 The aircraft's widest aspect of flight: aircraft econom- 2008. The 787-3 will enter serv- point is at eye level, giving you a ics, fuel efficiency, systems ice in 2010. sense of spaciousness in and design, maintenance, the passen- The final version, the around your seat. When you ger experience and more. This stretched 787-9, will follow turn to look out the window, will be a whole new airplane in about two to four years after the you're doing just that looking every sense of the phrase. 787-8, with the capacity to carry out, not down, with a vast view 259 passengers in a three-class of sky and Earth. And as night JUST THE FACTS configuration up to 8,300 naut. descends, the wash of color on More specifically, the 787 mi. The time between introduc- the ceiling deepens from sky blue will be a family of three air- tion of the first version and the to a deep nighttime purple.

3 You planes. The baseline version, the third is Boeing 's normal interval, take a deep breath of satisfaction 787-8, will carry up to 223 pas- which should enable the later and realize that, too, is different. sengers 8,500 naut. mi. in a model to achieve an additional The air feels cleaner and fresher, three-class configuration. The 1% improvement in perform- which leaves you more alert. shorter-range version, the 787-3, ance through study of the first Sound like a dream? In fact, will carry up to 296 passengers model in real-world operations. it will be the dreamliner , 3,500 naut. mi. in a two-class The airplane is designed to Boeing 's ultra-modern, high-tech configuration. Assembly on the be super efficient, using 20% less AVIATION WEEK & SPACE technology MARKET SUPPLEMENT/MARCH 14, 2005 S3.

4 UNMATCHED ECONOMICS , PERFORMANCE AND PASSENGER APPEAL. fuel on a per-passenger basis market for aircraft in the 787 ments, for two, four and six than today's airplanes of this class to be 3,500 units worth units, respectively. Other same passenger capacity. The about $400 billion during the announced commitments for the 787 is expected to offer operat- next 20 years. The company 787 include: Primaris (20), Japan ing costs that are 10% lower anticipates winning more than Airlines (30), Continental than for today's similarly sized half of those orders. Airlines (10), Vietnam Airlines commercial airplanes as a result By February 2005, less than (4), Ethiopian Airlines (5), of the 20% savings in fuel, a year after the manufacturer Icelandair (2) and six Chinese improvements in maintenance began offering the 787 for sale, carriers Air China, China and lower weights (which are a the aircraft had racked up 62 Eastern Airlines, China Southern factor in determining airport firm orders with four airlines Airlines, Hainan Airlines, fees).

5 On the revenue Shanghai Airlines and side, airlines will enjoy Xiamen Airlines . approximately 45% which will take a total more cargo revenue 20% less 10% lower of 60 787s. fuel per person operating cost than capacity. used by the 787 today's similarly Notably, the 787. Environmental per- than today's aircraft sized aircraft customer base includes formance will be a key a broad mix of opera- benefit of the 787. Since tors start-ups, charter emissions are largely operators, international driven by fuel use, the 45% more $400 billion airlines and long-estab- cargo revenue estimated size of the 787 is designed to enable capacity than simi- market for a 787- lished major carriers. a 20% reduction in that larly sized aircraft sized aircraft during They all cite the air- area as well.

6 By optimiz- the next 20 years craft's anticipated supe- ing the design, the 787 rior economics as a will be quieter for com- major driver of their munities, crews and pas- 50% 10% purchase decisions. portion of the 787 percentage of com- sengers. Additionally, posite materials Ralph Norris, Air aircraft that will be new manufacturing made from compos- used on the 777 New Zealand's manag- methods will result in a ite materials ing director and chief more efficient use of executive, says the 787. resources, with less waste will provide Air New in production and fewer haz- Zealand with lower operating ardous materials. and 193 commitments from 16 costs and improved financial The 787 will replace two airlines. Also, Boeing has pro- performance over and above that Boeing aircraft the single-aisle posals out for 600 airplanes at which could be achieved by 757, which seats 200-280 pas- approximately 30 customers.

7 Expanding the existing fleet of 10. sengers and is no longer in pro- All Nippon Airways (ANA) Boeing 767s.. duction; and the twin-aisle 767, helped launch the 787 program Similarly, ANA will reduce which seats 181-345 passengers. when it announced its order for its operating costs by replacing The 787 will compete with 50 aircraft in April 2004. Air its current fleet of Boeing 767- Airbus's A330-200 and the New Zealand, Blue Panorama 200s with the base 787-8 and recently announced A350. and First Choice Airways also short range 787-3 derivative. Its Ultimately, Boeing projects the have signed definitive agree- 787 deliveries are to begin in S4 AVIATION WEEK & SPACE technology MARKET SUPPLEMENT/MARCH 14, 2005 UNMATCHED ECONOMICS , PERFORMANCE AND PASSENGER APPEAL.

8 2008, one year before the reduction in fuel burn should The landing gear will be metal planned expansion of Tokyo's result in a 10% improvement in because its compression proper- Haneda airport. operating costs over the 767. ties are better suited to that par- To determine where it would ticular application. THE COMPOSITE EFFECT be best to use composites and But pretty much anything a The key to the 787's revolu- where it would use metal, Boeing passenger sees when observing tionary design, economics, man- and its suppliers went through the aircraft parked on the ramp ufacturing technique and more the airplane piece-by-piece. will be composite the skin, the lies in the extensive use of advanced composites. It has been written that the 787 is an all- composite aircraft; in truth, roughly 45% of the aircraft's structure is made of graphite composites and another 5% or so is composed of fiberglass, for a total of about 50% of the air- craft.

9 The 777, Boeing 's most recent model and the first in which composites were applied to the primary structure, is com- posed of about 7% graphite and 3% fiberglass, for a total of about 10% composites. The use of composites in the 787 is expected to provide a 3%. fuel savings over the 767. But one of the real economic advan- tages of the 787 will be the addi- tional anticipated 17% in fuel- burn improvement, for a total of 20% savings over the 767. Boeing says the engines will con- A Boeing employee works on the nose section of the 787 high-speed wind tunnel model, which has tribute 8% of that number. An been used to confirm the advanced aerodynamic characteristics of the dreamliner . improvement in aerodynamics, including subtle changes to the We looked at how each tail, the wing box and wing curvature of the wing and the component would be asked to skins all the large surface areas shape of certain fairings, con- perform and what the right of the aircraft.

10 Tributes another 3%. The final material was, says Tom Cogan, The advantages of using so contributors are systems (3%) chief project engineer for the 787 much composite material instead and integration, and the cycling program. Thus, highly loaded of aluminum are far-reaching. effect of optimizing every aspect joints, such as where the wing For starters, there's the weight of the aircraft from scratch connects to the body of the air- savings. The 787 is about 10,000. (3%). Altogether, the 20% craft, will be made of titanium. lb. lighter than it would be had S6 AVIATION WEEK & SPACE technology MARKET SUPPLEMENT/MARCH 14, 2005 UNMATCHED ECONOMICS , PERFORMANCE AND PASSENGER APPEAL. aluminum been used instead of dropping a 10-lb. bowling ball maintenance requirements be- composites. 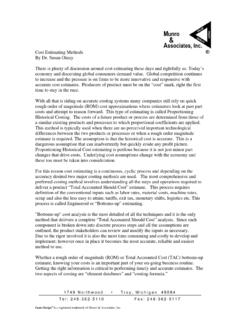 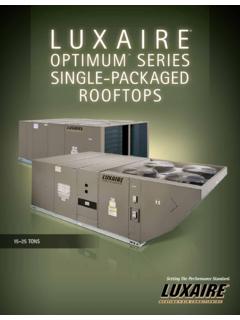 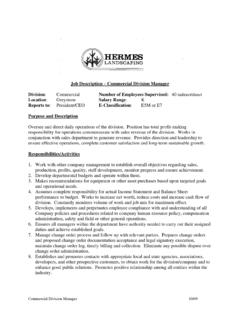 The Birmingham Association of Realtors® is not engaged in rendering legal, accounting or other professional service. This form is published as a service to real estate professionals