The Top Five FMLA Compliance Mistakes That Could Land You in Court Lesson learned for Managers When a person takes FMLA leave, you’re extremely vulnerable to a retaliation lawsuit if you

1 The Top FiveFMLAC omplianceMistakesThat Could Land You in CourtThe Top Five FMLA Compliance Mistakes That Could Land You in CourtA slip of the tongue, a misplaced remark, thewrong job assignment: managers make mistakesevery day. When the mistake involves FMLA, it cancost your company big time in legal fees and landyou in report gives examples of common mistakesyour managers can make with FMLA decisions andshows how to avoid them. Each section providesexamples of the problems your managers face withFMLA regulations. Also included are lessons learnedthat your managers can use to stop FMLA problemsbefore they start. The Five FMLA Compliance Mistakes LineManagers Makecovers these common slip ups:1) Taking adverse action against employeesreturning from FMLA leave2) Saying the wrong things when employeesrequest FMLA leave3) Assuming that minor ailments don t qualityfor FMLA leave4) Disclosing a worker s private medical information5) Penalizing employees for unforeseeableFMLA leaveMistake # 1 - Taking adverseaction against employees whohave taken FMLA leaveWhen an employee returns from FMLA leave,FMLA regulations state that the returning employeehas to go back to the same job or one of equal pay,responsibility, and benefits.

2 Here are two scenariosthat show the potential pitfalls with returningemployees and adverse action .Sometimes it s easy to reintegrate an employeeafter a three- or six-month FMLA leave. The personwas a top performer and you were really sufferingwhile she was gone. You re delighted to have herback. But that s not always the case, is it? Sometimeswhen workers return from extended leave, it s hard towork them back in. Sometimes you d just as soon theperson never came back at all. It s circumstancessuch as these that lead to retaliation lawsuits. Let slook at a couple scenarios: Scenario 1 Mary, the company s accounts payables manager,takes three months pregnancy leave. Jane, whoreplaced Mary, ends up doing the job better. Dave,her supervisor, is thinking, Why did I put up withMary for so long?

3 She was incompetent and I didn teven realize it. When Jane took over for her whileMary was on leave, Jane completely reorganized thedepartment and it now runs like a clock. So what amI supposed to do? Put Mary back in charge? That snot in the best interests of the company. I think I lljust put Mary in another role and hope she s happy. That could be wishful thinking. In this case itinvited a retaliation lawsuit against the said: When I left I had a position of authorityand responsibility; now they ve put me out to pasturein a low-level role. Sure, my pay is the same, but it snot a similar or equivalent position. This isretaliation and I m going to sue. Could Mary win? Yes, in fact she did, because thecompany had no evidence of poor performance priorto her taking leave.

4 How the supervisor slipped up:Dave didn t have aclear standard of excellence for Mary before she tookleave. She was doing a mediocre job and he didn teven know it. Mary had performance reviews statingthat she was meeting expectations all along; therewas no specific criticism of her work. Bottom line:From the court s perspective it appeared that at thiscompany the cost of having a baby is a demotion. Remember, in court, companies almost always lose he said/she said arguments. Employees get thebenefit of the doubt. No matter how sincere, or right,Dave may have been, the lack of documentation leftthe courts with no choice but to rule in Mary s 2010 Rapid Learning InstitutePage 1 The Top Five FMLA Compliance Mistakes That Could Land You in CourtLesson learned for ManagersWhen a person takes FMLA leave, you reextremely vulnerable to a retaliation lawsuit if youdon t return an employee to the same position she hadbefore.

5 Or at least an equivalent one. Effectivelydemoting Mary was dangerous and this company paidthe careful do you have to be with someonereturning from FMLA leave? Very. But the courts donot want to dictate how you run your business. Youcan fire or demote a person if you can prove that youwould have taken the same action regardless ofwhether or not she took leave. If Dave had documented Mary s poor performancein the months prior to her taking leave, he could verylikely have demoted her when she returned fromleave. Here s an example where the company playedits cards right:Scenario 2 Bill was out on leave for six months for a majorhealth crisis. When he returned to work he was stillnot 100%. He couldn t lift things as well as wasn t as focused, and he tired easily.

6 Fact is, hecouldn t perform his old job at the level he used to,and others in the department wouldn t tolerate sub-parperformance. Bill s boss, Jackie, carefully documented Bill sinability to handle the basic tasks of the job. Shetalked many times with Bill about his deficienciesand finally offered to transfer him to another positionthat was much less demanding. He refused to take Jackie fired him. Bill then sued for violation of hisFMLA s argument to the judge was that, They gotangry because I took leave and now they re punishingme. In many cases, that argument wins a lot ofsympathy in court. After all, the person may havebeen on leave due to a life-threatening illnesses or theloss of a loved one; then they come back to work andget fired.

7 The company appears cold, heartless andopportunistic. But that doesn t mean you can t fire people afterthey take leave. We ve seen many cases wherecompanies got away with it, but only when theyproved that the person would have been fired even ifhe hadn t taken FMLA leave. In the case described above, the company Because the courts will not force a company toemploy a person who can t physically perform a Jackie very carefully documented that Billwasn t up to snuff. In the end, the courts believed thatthe company would have transferred Bill whether ornot he took leave. That s the standard you need to meet. Would youhave taken the adverse action anyway? If so,you ve got a strong case in court. As a measure of good faith, it didn t hurt thatJackie offered Bill another #2 - Saying the wrongthings when employeesrequest FMLA leaveSaying the wrong thing to an employee regardingFMLA can be one of the quickest ways to a are the two responses you shouldn t use andthe correct employee comes to you and says she needs totake FMLA leave because she has a back should you say?

8 Correct: I m sorry to hear you re not feeling well. Isuggest you go to the doctor and get yourself get me a note from your doctor, including adiagnosis. I ll pass that on to the HR correct: You know, your timing couldn t beworse. Your colleagues are really counting on youright now. Are you sure you can t stay on a few moredays?Copyright 2010 Rapid Learning InstitutePage 2 The Top Five FMLA Compliance Mistakes That Could Land You in CourtNot correct: I saw you lifting boxes just didn t seem to be having any problems. Are yousure you re really ailing?The last two responses set you up for a retaliationlawsuit. The FMLA gives employees the right tomake their own health and well-being a higherpriority than the productivity goals of their , it s very hard when an employee takes time offduring a crunch.

9 It s also true that you ll occasionallyhave a malingerer who will exaggerate a minor injuryand let you down. But you re in no position to decide whether anillness is real or not. Only a doctor can do that. Theminute you, as a manager or supervisor, makejudgments about whether a person s ailments are realor not, you ve given the employee ammunition in aretaliation lawsuit should you ever take an adverseaction against the person. The correct response is dispassionate,compassionate and non-judgmental. It treats theemployee with dignity and respect. And it will nevercome back to haunt #3 - Assuming that minor ailments don t qualifyfor FMLA leaveDon t make your own call about what constitutesan illness? FMLA regulations have done that for you.

10 Surely a case of the flu wouldn t qualify a workerfor FMLA leave, would it? It could. The law says that a serious healthcondition is one that requires three consecutive days,72 hours or more, of leave, and at least two in-persontreatments by a health care professional. A number ofcourts have ruled that an ailment like the flu can beconsidered severe. ScenarioDave has the flu and stays out two days, thenreturns to work on the third day. Two days later hecalls in sick again for another day. During the twoweeks that follow he comes in late and leaves workearly several times without providing notice. Whenquestioned, Dave says he was attending doctor sappointments to treat his condition. Dave s boss,Rick, thinks Dave is malingering and fires him forviolating the company s strict attendance policy. 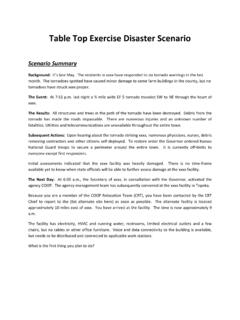 Tips for Understanding and Working with Others

SELF-ASSESSMENT OF SOCIAL STYLES Use the questionnaire and chart on the next page to assess your social style. Total your score on assertiveness and divide by

4. FORMS: a. DA Form 5913-R (Strength and Feeder Report) is a multi-purpose form. When used as a request, this form is filled out and signed by the Commander ONLY and submitted to … 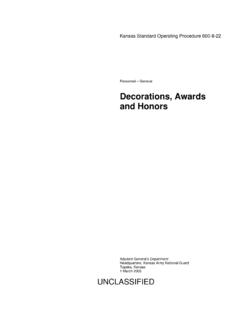 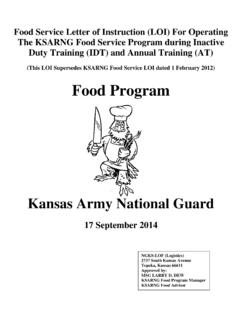 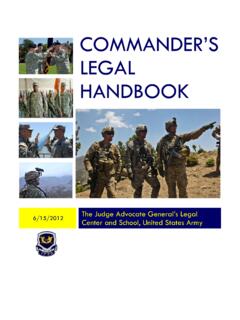 This Handbook is designed to assist you in taking proper immediate action when faced with a variety of legal issues that might arise during your command. the attachment is an Excel spreadsheet. Phishing continues to be on the rise. Ensure you only open and respond to legitimate e-mails. Printed Material Joseph and Mary Find Jesus in the Temple • Lesson 7 Bible ... MARY JONES AND HER BIBLE

Many years ago, a little girl lived with her mother in a small grey stone cottage in the Welsh countryside. Her home was in a green valley in the shadow of a mountain, and from there you …

4 Example: Group Collaboration Rubric Outcome: Students can collaborate effectively in groups. When the faculty discussed this outcome, they decided that students should be able to clearly communicate their ideas with others, show respect for others' ideas, and do their fair share of the Frankenstein Letter 1 To Mrs. Saville, England St. Petersburgh, Dec. 11th, 17— You will rejoice to hear that no disaster has accompanied the commencement of an enterprise which you have regard- 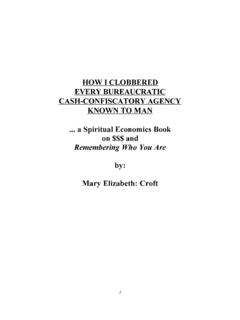 HOW I CLOBBERED EVERY BUREAUCRATIC CASH …

FOREWORD I had given up writing this book because of people’s reactions when I mentioned the Commerce Game. Most wanted to ‘kill the messenger’ because their having been so conned by the alleged ‘authorities’ for Vindication of the Rights of Woman - Scholars' Bank Home

Vindication of the Rights of Woman secure by contracting my wants, though I were to live on a barren heath. It is then an affection for the whole human race that makes SIUC Writing Center write.siuc.edu Fill in the blanks with the appropriate preposition in the following paragraphs. 1. Would you please tell me how to get_____the baseball park?

Joseph and Mary Find Jesus in the Temple • Lesson, MARY JONES AND HER BIBLE, Vindication of the Rights of