Thin Capitalization and Interest Deduction Rules: A Worldwide Survey by Stuart Webber T he United States faces budget deficits that are among the largest in its history.

2 T he United States faces budget deficits that are among the largest in its history. According to the Congressional Budget Office (2009), the current year's In contrast, a number of other countries have recently enacted more comprehensive changes to rules govern- ing Interest deductions. For example, Germany and deficit will total $ trillion, which is percent of Italy have recently overhauled their Interest Deduction GDP, the highest percentage since World War II (p. 1). rules , and other EU countries are also considering Budget deficits are expected to remain large long into modifications. As Nadal (2008) writes, Countries the future.

3 According to CBO projections, government around the world, concerned with earnings stripping, spending will exceed revenue every year over the next have been tightening their thin Capitalization regimes''. decade. Rising healthcare costs and an aging popula- (p. 1). She adds, The question becomes whether the tion will put further pressure on budget deficits, and thin cap rules are tight enough, or whether there this debt will reduce economic growth. According to are loopholes that can be closed.''. the CBO summary, [o]ver the long term (beyond the 10-year baseline projection period), the budget remains This article analyzes international tax laws that on an unsustainable path'' (p.)

4 4). The summary also regulate excessively leveraged financing structures. states, Putting the nation on a sustainable fiscal These tax laws are designed to combat thinly capital- course will require some combination of lower spend- ized financing structures and are important both to ing and higher revenues than the amounts now pro- governments and MNEs. From a government's per- jected'' (p. 1). spective, they affect both tax revenue and the country's economic competitiveness. From the MNE's perspec- Earlier this year the Obama administration proposed tive, they determine the firm's tax expense and may international tax laws designed to overhaul the way in shape where it conducts business.

5 This article analyzes which multinational enterprises are taxed approaches countries use to combat these tax minimi- and to generate additional tax revenue. While the 2009 zation strategies and to recommend a strategy that is proposal was recently withdrawn, the administration is most likely to achieve the intended objectives. reportedly proposing a comprehensive overhaul of international tax laws next The 2009 proposal thin Capitalization is a financing strategy MNEs use would have tightened restrictions on Interest deductibil- to make foreign direct investment (FDI). When an ity, but it would apply only in very limited situations.

6 MNE initiates business activities in another country, it frequently forms a local subsidiary to conduct business. 1. For a discussion of its decision to withdraw its 2009 tax pro- posals, see Business Fends Off Tax Hit: Obama Administration Obama aides say the administration has set the idea aside for Shelves Plan to Change How Treats Overseas Profits'' The now, but may return to it as part of a broader tax overhaul Wall Street Journal, Oct. 13, 2009, p. A1. According to the article, sometime next year.''. (Footnote continued in next column.). TAX NOTES INTERNATIONAL NOVEMBER 29, 2010 683. SPECIAL REPORTS. These investments need to be funded to support busi- ders, and that governments do not coordinate their ac- ness expansion.

7 The cash is supplied as equity or debt. tivities when enacting and enforcing tax (C) Tax Analysts 2010. All rights reserved. Tax Analysts does not claim copyright in any public domain or third party content. Debt creates an opportunity to lower income taxes, as Interest expenses are tax deductible, while dividends Tax Principles are not. When an investment in a high-tax country is funded with intercompany debt extended from a low- To evaluate the effectiveness of thin Capitalization tax country, profit is shifted to the country imposing and Interest Deduction rules , it is useful to identify the criteria by which these laws should be judged.

8 It may lower taxes. Thus, the MNE reduces its worldwide tax be impossible to develop a comprehensive list of tax rate without incurring additional trade expenses. This principles to which all would agree. Nonetheless, can motivate MNEs to fund overseas investments in economists and tax experts have identified general prin- high-tax jurisdictions with a high debt-to-equity ratio. ciples by which tax laws should be evaluated. As Mus- grave and Musgrave (1976) write, Ideas as to what Farrar and Mawani (2008) write: A business is said constitutes a good' tax system have had their influ- to be thinly capitalized if it is financed with a high ence.

9 Economists and social philosophers, from Adam proportion of debt relative to equity. The rules that Smith on, have propounded what such requirements limit the amount of Interest deductions in those situa- should be'' (p. 210). For the purposes of this article, tions are known as thin Capitalization rules '' (p. 3). we will focus on those principles that may be relevant Some analysts prefer to focus on how income is shifted to an analysis of thin Capitalization and Interest deduc- from one jurisdiction to another, and use the terms tion tax regulations. Interest stripping'' or earnings stripping.'' In describ- ing how income is shifted out of the , Isenbergh It is generally agreed that tax obligations should be (2005) writes, This maneuver is known in the tax lexi- clearly stated and identified with as little ambiguity as con as Interest stripping' or earnings-stripping' be- possible.

10 Both the taxpayer and tax collector benefit cause taxable income is stripped from the tax en- from knowing precisely the amount owed and when vironment by Interest deductions'' (p. 33). Whatever funds are due. Businesses need this information to pre- term is used, the evidence demonstrates this is not a pare accurate financial statements and financial fore- theoretical concern; it happens in practice. Haufler and casts. And government agencies need this information Runkel (2008) write, Recent empirical research pro- to prepare their financial plans. The European Com- vide conclusive evidence that international tax differen- mission states that certainty is an important tax prin- tials affect multinationals' financing structures in a way ciple, emphasizing both the taxpayer's and govern- that is consistent with overall tax minimization'' (p.)

This report was prepared by a World Bank Group team from the World Bank – IDA, and the International Finance Corporation (IFC) led by Khwima Nthara (Program Leader & Lead Economist) under 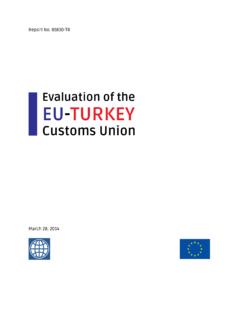 Evaluation of the EU-TURKEY - World Bank 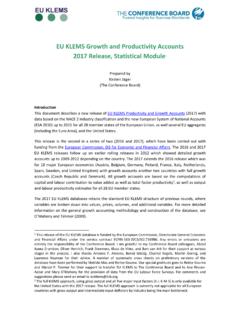 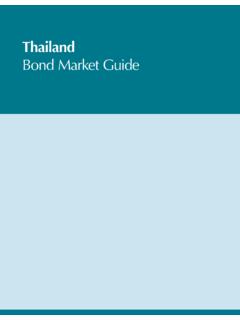