TRADE IN value - added : CONCEPTS, methodologies AND CHALLENGES. (JOINT OECD-WTO NOTE). 1. With the globalization of production, there is a growing awareness that conventional TRADE statistics may give a misleading perspective of the importance of TRADE to economic growth and income and that what you see is not what you get (Maurer and Degain, 2010). This reflects the fact that TRADE flows are measured gross and that the value of products that cross borders several times for further processing are counted multiple times. Policymakers are increasingly aware of the necessity of complementing existing statistics with new indicators better tuned to the reality of global manufacturing, where products are "Made in the World".

TRADE IN VALUE-ADDED: CONCEPTS, METHODOLOGIES AND CHALLENGES (JOINT OECD-WTO NOTE) 1. With the globalization of production, there is a growing awareness that conventional trade

1 TRADE IN value - added : CONCEPTS, methodologies AND CHALLENGES. (JOINT OECD-WTO NOTE). 1. With the globalization of production, there is a growing awareness that conventional TRADE statistics may give a misleading perspective of the importance of TRADE to economic growth and income and that what you see is not what you get (Maurer and Degain, 2010). This reflects the fact that TRADE flows are measured gross and that the value of products that cross borders several times for further processing are counted multiple times. Policymakers are increasingly aware of the necessity of complementing existing statistics with new indicators better tuned to the reality of global manufacturing, where products are "Made in the World".

2 1. 2. Gross recording of TRADE flows is not an issue by itself; as a matter of fact, they are essential when the focus is on the (increasing) interconnectedness of economies or the study of supply-chains, and global production networks. But it can be misleading, as is often the case, when one crudely relates gross flows of exports, say, with domestic value - added and national income, or its components such as profits or wages, and by extension, employment. For example, an exported good may require significant intermediate inputs from domestic manufacturers, who, in turn, require significant intermediate imports, and, so, much of the revenue, or value - added , from selling the exported good may accrue abroad to reflect purchases of intermediate imports used in production, leaving only marginal benefits in the exporting economy.

3 3. An often-cited case study that clearly illustrates the issue relates to the production of an Apple iPod (Dedrick et al, 2010). The study showed that of the $144 (Chinese) factory-gate price of an iPod, less than 10% contributed to Chinese value added , with the bulk of the components (about $100) being imported from Japan, with much of the rest coming from the US and Many other studies present similar evidence. For example a recent WTO report calculated that the US-China TRADE balance in 2008. would be about 40 per cent lower if estimated in value - added terms. Similar results are provided in other studies such as a report from the USITC3, which also shows a 50 per cent reduction in the EU15-China TRADE balance, and the Japan-China TRADE balance switching from a surplus in gross terms to a deficit in value - added terms.

4 4. In relatively closed economies, or indeed those where imports are typically goods or services for final (as opposed to intermediate) use, the assumption that a certain amount of exports generates an equivalent amount of benefits to the producing economy is relatively robust. But this characterises a world that, to some extent, no longer exists. Recent decades have seen an acceleration in the globalisation of production processes as TRADE costs have fallen - driven by technological progress and TRADE policy reforms. 1 See for example the proceedings of a meeting organized in the French S nat in 2010 (S nat-WTO, "Measuring international TRADE in value added for a clearer view of globalization", Paris, 15 October 2010).

5 2. See Box 1 for an illustration with the iPhone 4. 3 Koopman et al. 2011. As this fragmentation of production (Jones and Kierzkowski, 2001) has grown, so too has the potential for gross flows of TRADE to mislead. Innovations such as the container ship and the Internet have revolutionised TRADE and supply chain management in several ways; similarly, services TRADE liberalisation has reduced regulatory barriers in key sectors of the global logistics chain (transport, finance, telecommunications, etc.) and facilitated foreign direct investment. Box 1. Who bites the Apple? The iPhone example revisited Several studies have illustrated the concept of value - added TRADE using Apple's emblematic devices: first the iPod (Linden et al.)

6 2009) and then the iPhone (Xing and Detert, 2010) and the iPad (Linden et al., 2011). All these hi-tech products are assembled in the People's Republic of China and so make a significant contribution to China's exports. But Chinese value - added represents only a small share of the value of these electronic devices that incorporate components from Germany, Japan, Korea and other economies that manufacture intermediate inputs. Based on estimates provided by iSuppli and Chipworks, the table below illustrates this by identifying those countries that provide intermediate inputs into the iPhone 4. Country Components Manufacturers Costs Chinese Taipei Touch screen, camera Largan Precision, Wintek $ Baseband, power Germany Dialog, Infineon $ management, transceiver Applications processor, Korea LG, Samsung $ display, DRAM memory Audio codec, connectivity, Broadcom, Cirrus Logic, United States GPS, memory, touchscreen Intel, Skyworks, Texas $ controller Instruments, TriQuint Other Other Misc.

7 $ Total $ However, this does not tell the full story. The table only shows the value of the intermediate inputs produced by the firms but they themselves will no doubt have used intermediate imports in their production or sourced intermediate goods from domestic suppliers who in turn would have used intermediate imports. Identifying these flows is equally important, particularly, in the context of the example above, because some of those imports may have originated in China. Moreover, while the country indicated is the country where the firms producing the components are headquartered, these inputs are often produced in other countries. Infineon, for example, has several factories in China.

8 Chinese value - added may therefore not only be limited to the final assembly costs. To fully decompose the value added of the iPhone, and ascribe it to individual countries therefore, one cannot rely on a list of component suppliers. Information on all of the suppliers and their suppliers, and their suppliers'. suppliers, and so on, is needed. What is needed therefore is a dataset that is able to link production processes within and across countries; in other words a set of international input-output tables with bilateral TRADE links (a global input- output table). Naturally, input-output tables developed by statistical offices aggregate firms into groups (sectors) of firms that produce similar products, and, as such, input-output tables will not be able to reveal the total domestic value - added generated by the production of an iPhone in any country.

9 However they will be able to provide such estimates for the whole economy and indeed by the sectors. The iPhone example also highlights that beyond TRADE flows, more information on other income flows, particularly those related to the use of intellectual property, are required to answer the question of who ultimately benefits from TRADE . In other words ownership also matters: Foxconn, the company that assembles iPhones in China is a Chinese Taipei owned firm. However, part of the value - added generated and recorded in Mainland China will be repatriated to Chinese Taipei. There are various ways in which input-output based models could be refined to capture these flows and the OECD intends to explore these as part of its medium term work programme. 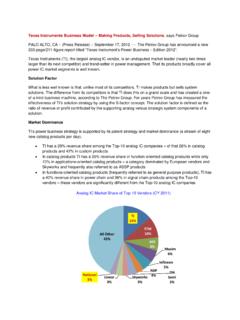 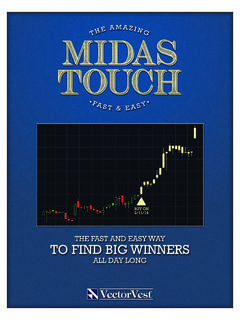 A lightning-fast method for knowing when to buy, …

2 A lightning-fast method for knowing when to buy, what to buy and when to sell… No Time? Not Making Money? Too complicated? Your investment problems are history! Introducing the Midas Touch. 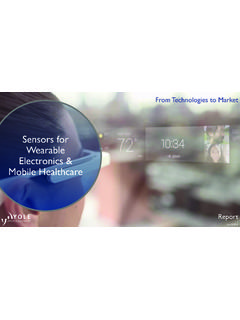 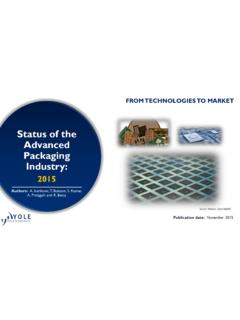