2 US E&P benchmark study The SEC Rule On December 31, 2008, the SEC issued a final rule titled Modernization of Oil and Gas …

2 Presents the US exploration and production (E&P) results for the five- Ernst & Young's methodology for calculating the performance year period from 2007 through 2011 for the largest 50 companies measures is defined below. based on 2011 end-of-year oil and gas reserve estimates. Activity Proved reserve acquisition costs are calculated as proved property related to XTO Energy, Inc. (XTO Energy) has also been reflected in acquisition costs and identified related asset retirement obligation this report as described below. costs, divided by proved reserves purchased. The companies Finding and development costs are calculated as unproved property acquisition costs, exploration costs, development costs The companies included herein account for approximately 98% of and identified related asset retirement obligation costs, divided total US oil reserves and approximately 65% of total US gas reserves, by extensions and discoveries, revisions and improved recovery based on January 1, 2012 reserves estimates published by the of proved reserves.

3 The calculation excludes the effect of proved Oil & Gas Journal. Thus, the results of these companies are generally reserves purchased. representative of the US E&P industry as a whole. However, it should be noted that results for these companies and for the E&P industry as Reserve replacement costs are calculated as total capital a whole may be significantly different in other regions of the world. expenditures divided by extensions and discoveries, revisions, improved recovery and purchases of proved reserves. The companies have been classified into three peer groups: integrated companies (integrateds), large independents and independents. Production replacement rate (all sources) is calculated as Integrated companies are those that have oil refining and marketing extensions and discoveries, improved recovery, revisions, purchases activities in addition to exploration and production.

4 Independents do and sales of proved reserves, divided by production. not have oil refining and marketing activities, but may have midstream Production replacement rate (excluding purchases and sales) is operations in addition to their exploration and production activities. calculated as extensions and discoveries, improved recovery and The independents were classified as large if their 2011 worldwide revisions of proved reserves, divided by production. ending reserves exceeded 1 billion barrels of oil equivalent. Production costs are calculated as production costs, including In June 2010, XTO Energy was acquired by Exxon Mobil Corporation production taxes, transportation costs and production-related (ExxonMobil). Due to the significance of XTO Energy's operations, general and administrative expenses, divided by production. its 2007 through 2009 capital expenditures, revenues and results of operations, oil reserves and gas reserves have been included in Many individual companies calculate and report their own this report to provide a more meaningful comparison throughout the performance measures, and companies may use different methods five-year study period.

5 The capital expenditures, revenues and results that produce results different from those shown in this report. of operations, oil reserves and gas reserves reported by ExxonMobil for 2010 include activity related to the operations acquired from XTO Energy. XTO Energy's end-of-year 2009 oil reserves and gas reserves have been included in 2010 beginning-of-year reserves with an equal volume included as sales in 2010 to reflect the ExxonMobil transaction. For purposes of the peer group analysis, XTO Energy is designated as a large independent. US E&P benchmark study 1. The SEC Rule Other On December 31, 2008, the SEC issued a final rule titled modernization The data included herein was obtained from IHS Herold, Inc. and, in of Oil and Gas Reporting (the SEC Rule). The SEC Rule was effective on some cases, the individual companies' published annual reports. January 1, 2010, and was applicable to annual reports for fiscal years The data included herein is based on each year's original disclosures ending on or after December 31, 2009.

6 The intent of the SEC Rule made by the companies. Restatements or other adjustments made was to provide investors with a more meaningful and comprehensive to capital expenditures or revenues and results of operations data in understanding of oil and gas reserves. The SEC Rule also sought to subsequent years have not been incorporated herein. Restatements modernize and update the oil and gas disclosure requirements to align or other adjustments made to oil and gas reserve data are included in them with current practices and changes in technology. the Other component of the reserve tables, but these amounts are Among other changes, the SEC Rule requires companies to estimate not included in the performance measure calculations. proved reserves using the 12-month average beginning-of-month Totals presented may not add due to rounding. All amounts are price for the year, rather than year-end prices.

7 The SEC Rule reported in US dollars. also limits the booking of proved undeveloped reserves to those reserves that are scheduled to be developed within five years, The following units of measure are used in this report for gas unless specific circumstances justify a longer time. As a result of reserves: Mcf (thousand cubic feet); Bcf (billion cubic feet) and Tcf the five-year requirement, some reserves previously classified as (trillion cubic feet). Natural gas prices are quoted on a MMBTU (million proved undeveloped were reclassified in 2009 as unproved reserves, British Thermal Unit) basis. resulting in the recording of downward revisions. The 2009 2011. Certain amounts in this report are presented on a per barrel of oil oil and gas reserve volumes presented herein were determined in equivalent (BOE) basis. Natural gas volumes are converted to barrels accordance with the SEC Rule; therefore, some comparisons of at a ratio of six Mcf to one barrel of oil.

8 This six Mcf to one barrel 2009 2011 results to previous years and the five-year average of oil ratio has historically been viewed as being reflective of an performance measures are calculated using data presented before approximate thermal equivalence between the two commodities. and after the SEC Rule was effective. Prior to 2005, oil and natural gas prices were typically closely linked to this ratio. Since 2005, however, oil and natural gas price Report limitations movements have reflected their different supply and demand Users of this report should keep in mind the following limitations on fundamentals and thus have not necessarily moved in unison. In the data presented: recent years, oil prices have risen sharply while natural gas prices have remained fairly weak. At some points during the five-year This report excludes government and privately owned companies period, the observed market ratio of oil-to-natural gas prices has been and smaller public companies.

9 As high as 25-to-1, implying that oil was more than four times more Individual companies did not prepare or review the compiled data costly than an equivalent amount of natural gas (in thermal terms). presented in this report. However, the volumetric conversion of six Mcf to one barrel of oil continues to be accepted as industry practice indicative of a long- Oil and gas companies that follow US generally accepted accounting term outlook on commodity pricing. In spite of this, some individual principles (GAAP) are allowed to select either successful efforts companies may use a higher ratio for their internal performance accounting or full cost accounting for their oil and gas activities. metrics to more closely reflect market equivalence. Some companies included in this report follow US GAAP, while others follow International Financial Reporting Standards (IFRS) as adopted by their applicable country.

10 These variations in standards can result in different results for some companies. Data for all companies may not be comparable because of differing interpretations or applications of reporting requirements. Oil and gas reserve estimates are imprecise and are revised as additional information about reserves becomes known. 2 US E&P benchmark study Industry backdrop and study highlights With the near-collapse of the global financial system and the subsequent recession, the oil and gas industry experienced great price volatility in 2008 and 2009. Oil prices stabilized somewhat in 2010. in the range of $70 to $80 per barrel and trended upward in 2011. Beginning-of-month West Texas Intermediate spot prices averaged $ per barrel in 2010 and $ per barrel in 2011. Gas prices saw slight improvement in 2010, but retreated again in 2011, as the beginning-of-month Henry Hub spot average for 2011 was $ per MMBTU compared to $ per MMBTU in 2010. 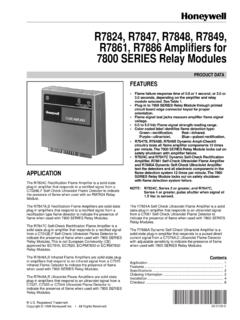 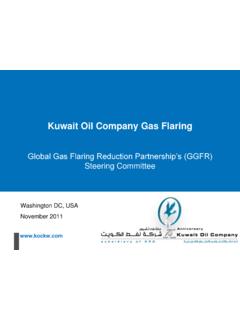 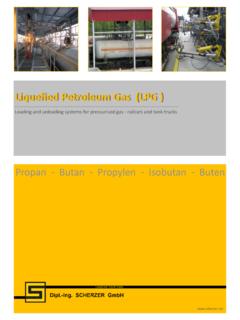 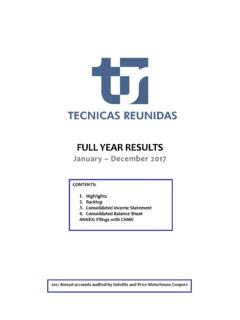