Using the Hidden Rules of Class to Create …

Using the Hidden Rules of Class to Create sustainable communities Philip E. DeVol aha! Process, Inc. INTRODUCTION. The way children experience life is determined by the families and communities in which they are raised; it falls to families and communities to Create a way of life that is healthy, prosperous, and sustainable . In her seminal 1996 work A Framework for Understanding Poverty (third revised edition, 2003), Dr. Ruby K. Payne introduces the concept of Hidden Rules of economic Class and in future works she addresses sustainability, the next major challenge all communities must face. With Payne's ideas as a springboard, this paper seeks to contribute to the dialogue. Economic and social trends going back to the 1970s show a decline in the quality of life in the United States. The middle Class is shrinking (Lind 2004, pp.)

1 Using the Hidden Rules of Class to Create sustainable communities Philip E. DeVol aha! Process, Inc. INTRODUCTION. The way children experience life is determined by the families and communities in which they are raised; it falls to families and communities to Create a way of life that is healthy, prosperous, and sustainable . In her seminal 1996 work A Framework for Understanding Poverty (third revised edition, 2003), Dr. Ruby K. Payne introduces the concept of Hidden Rules of economic Class and in future works she addresses sustainability, the next major challenge all communities must face. With Payne's ideas as a springboard, this paper seeks to contribute to the dialogue. Economic and social trends going back to the 1970s show a decline in the quality of life in the United States. The middle Class is shrinking (Lind 2004, pp.)

2 120-128), social connectedness is declining in all social classes (Putnam 2000, pp. 9, 63), some rural areas are losing population and the sense of community they once had (Lind 2003, pp. 86-88), some urban areas are collapsing as middle- Class families move to the suburbs looking for good schools (Warren 2003, p. 8), and working a second job is required to make ends meet (Miringoff 2000, p. 9). For low- wage workers, vulnerability is becoming a concrete experience; for people in generational poverty, vulnerability has always been a concrete experience. This paper addresses the impact of generational poverty on families and communities , why we must respond, and how to use an understanding of economic diversity to build sustainable communities . The sequence includes: Creating a mental model of poverty and middle Class .

3 Exploring the Hidden Rules of economic Class that arise from those experiences. Examining the resources that define quality of life. Creating a mental model of communities at risk. Reviewing poverty research to uncover strategies for change. Naming the barriers to change for people in poverty. Defining strategies for change based on the research. Exploring evaluations and reports used to monitor progress. Defining the principles for change. Outlining community roles for creating sustainable communities . Offering a mental model for prosperity. Copyright 2004 aha! Process, Inc. 1. PARTICIPATING IN COMMUNITY CHANGE. Peter Senge, author of The Fifth Discipline, provides three definitions that can assist any group of people entering into a change process together. He defines a dialogue as a conversation that opens up a topic, examines facts, explores meaning, and promotes understanding.

4 A discussion takes place when the group wants to narrow down the thinking and work toward a decision. Both are necessary to the process. Senge defines mental models as internal pictures of how the world works or, in this case, how families function, what poverty is, and how communities can solve problems (Senge 1994, pp. 174-204). It is important also to define the term community. For the purpose of this paper, the definition provided by Daniel Taylor-Ide and Carl Taylor in their book Just and Lasting Change will be used. They define community as any group that has something in common and the potential for acting together (Taylor-Ide 2002, p. 19). Members of a community who participate in a dialogue on community sustainability will need to be willing to suspend their existing mental models. Genuine dialogue cannot take place if individuals cling to their own mental models to the extent that ideas expressed by others are judged, categorized, and discarded as soon as they have been stated.

5 There are many mental models of poverty. One model that has particular power over behavior is the Depression experience. How many people do we know from the Depression generation who still hoard food and save string? Another common mental model of poverty is the immigrant story: people who have come to the United States in poverty and, in two or three generations, moved into a middle- Class existence. Another model is the indentured servant who had to work for seven years to earn freedom. Slavery, followed by the Jim Crow days and institutional racism, is yet another model. All of these mental models are valid, but none of them tells the story of what it's like to live in poverty today. This paper explores a new mental model of poverty that will enable us to study the impact of poverty on families. MENTAL MODEL OF POVERTY.

6 To learn about the impact of poverty on families, one can go to social science research, to those who comment on the research, and to those who have worked with families in poverty all valuable sources of knowledge. In addition, one can go to those who know the most about it: families actually living in poverty now. Throughout this paper, abstract knowledge is promoted and honored. The argument is made that a person must be able to use abstract representational systems in order to succeed in school, achieve at work, and make the transition out of poverty. Yet concrete knowledge is also valuable, especially when abstract information in the form of statistics removes learners so far from the actual experience that it loses all meaning. For example, data from the American Housing Survey reveal that 73 percent of people in poverty own cars or trucks, and 30 percent own two or more cars or trucks.

7 This might suggest that poverty isn't all that bad after all (Rector 2004, p. 3). Copyright 2004 aha! Process, Inc. 2. People with concrete poverty knowledge explain that those cars and trucks are anything but dependable. They are the cause of missed appointments, lost jobs, bruised knuckles, a stressful series of crises. The second car or truck is often the parts car. A mental model of poverty created by people in poverty illustrates what life is like (DeVol 2004, pp. 7-18). The pieces of the pie are described below. Each piece, or element, is followed by concrete knowledge provided by people in poverty, then by examples of abstract knowledge that corresponds to it. Both forms of knowledge are necessary. Element Concrete Knowledge Abstract Knowledge Cars and Vehicles are not dependable and require Cars purchased as is from buy-here, pay-here transportation constant repair; breakdowns result in lost dealers come with interest rates as high as jobs, missed appointments, and stress.

8 Percent (Shipler 2004, p. 27). Insufficient public transportation limits mobility. Housing Houses are often in isolated rural areas or Fifty-nine percent of people in poverty pay more unsafe urban and suburban neighborhoods. than 50 percent of their income for housing (Dreier Houses are crowded, people come and go, 2000). there is no private place for children to do their homework, rooms are used for many Affordable rental units have been on the decline purposes, people sleep on the couch, repairs since 1970 (Mattera 1990, pp. 128-129). can't be made, landlord can be difficult, people have to move frequently Copyright 2004 aha! Process, Inc. 3. Jobs and Jobs don't pay enough, temp work doesn't Proportion of unemployed workers looking for a money provide enough hours or benefits, many job for twenty-seven weeks or more: 23 percent, work two jobs to make ends meet, no highest proportion in twenty years (Murphy 2004, vacation.)

9 Money is a constant worry. People p. 111). are vulnerable to the price of gas going to $2. (or more) a gallon and milk going to $3 a If the minimum wage ($ ) kept pace with gallon. inflation, it would be more than $ an hour or $15,000 a year (Bhargava 2004, p. A6). [M]ost available jobs had three unhappy traits: They paid low wages, offered no benefits, and led nowhere (Shipler 2004, p. 40). Food There are concerns about not having enough. Twenty-three percent of the nation's lower- Grocery stores have moved out of the income classes are obese, compared with 16. neighborhood. Local grocery stores that percent of the middle and upper classes . stayed overcharge, and the quality of Large supermarket chains (the best bet for produce is poor. Must buy from convenience affordable, fresh and healthy foods) abandoned stores.

10 Fast-food outlets provide relatively less affluent city neighborhoods, focusing instead cheap but fattening food. on the suburbs A 1997 USDA study found that food prices, including those for produce, are, on average, 10 percent higher in inner-city food markets than they are in the suburbs There are three times as many supermarkets in wealthy neighborhoods as in poor ones, according to a 2002 study in the American Journal of Preventive Medicine (Goodman 2003, pp. 137-158). Illness and Being sick, caring for others who are sick, Poverty is associated with increased risks of health care and trying to get healthcare are time- cardiovascular disease, respiratory disease, ulcers, consuming and exhausting. rheumatoid disorders, psychiatric diseases, and a number of types of cancer (Sapolsky 1998, p. 301). 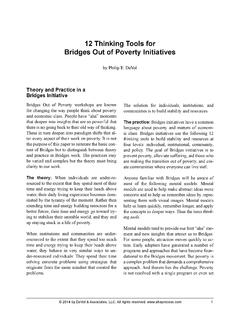 12 Thinking Tools for Bridges Out of Poverty Initiatives

Bridges Initiative Bridges Out of Poverty workshops are known for changing the way people think about poverty and economic class. People have “aha” moments that deepen into insights that are so powerful that there is no going back to their old way of thinking.

Bridge, Poverty, Bridges out of poverty 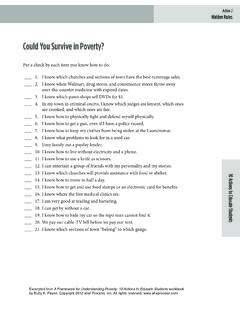 Could You Survive in Poverty? - aha! Process

Cloud, Poverty, Survive, Could you survive in poverty 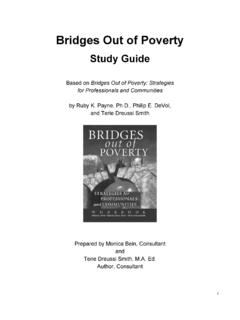 Bridges Out of Poverty - aha! Process 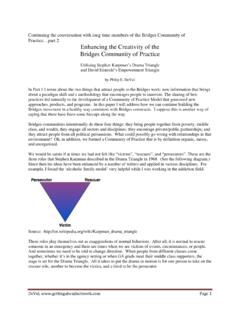 Continuing the conversation with long time members of the ...

the Drama Triangle, is quoted on the cover of Emerald’s book stating, “The Empowerment Triangle is a highly original and effective escape from the Drama Triangle.” The paradigm shift called for by Emerald is the same paradigm found in the methodology of Bridges and 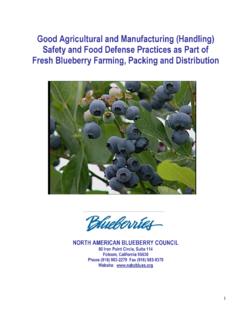 In the US, production was initially concentrated near the major markets in the Northeast but with improvements in transport and cool chain technology, production shifted to California, Florida and 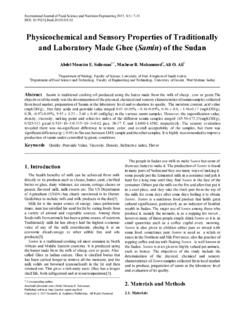 Physicochemical and Sensory Properties of …

In consonance with Hon’ble Prime Minister’s vision of “Doubling Farmer’s Income”, Shri Suresh Prabhu, Hon’ble Minister of Commerce and Industry has taken the initiative to