4 FCC Test Procedures ANSI :2009 or ANSI : 2003. 2009 Version has added site requirements above 1 GHz Clarified the information and criteria to be used for selecting what must appear on video displays during emission testing Updated the signal levels used in receiver testing in Clause 12. Cable losses must be re-characterized when temperature change is greater than 15 C. References the latest version of ANSI antenna calibrations Additional precautions for using a spectrum analyzer vs. CISPR 16-1-1 receiver 10. FCC Test Procedures ANSI :2009. Has put into one standard most of the common tests for intentional radiators Previous tests were listed in ANSI , FCC Part 15 rules, FCC. Public Notices, FCC Knowledge Database This made it extremely difficult to find all the test methods for a particular FCC rule part Future versions of ANSI will not reference testing of intentional radiators ANSI :2009 did not include controversial test methods like DFS.

5 The newest version will have considerations for testing MIMO devices, EIRP, Band-edge and other transmitter specific tests 11. FCC Test Procedures ANSI : 201? Similar to ANSI , except it is specifically for licensed devices Previous tests were listed in TIA 603, FCC Part 22/24/27/90/95. rules (and others), FCC Public Notices, FCC Knowledge Database This made it extremely difficult to find all the test methods for a particular FCC rule part Draft due to committee in September, but . 12. European Union 13. European Union EMC is primarily governed in the EU by the EMC Directive Original Directive was 89/336/EEC, which was amended several times 2004/108/EC is the current EMC directive Fundamental protection requirements remained the same, but relaxed the requirements for Fixed installations EMC Directive is not applicable to devices covered under Medical Device Directive, 93/42/EEC.

At Intertek, we work with brands and retailers around the world to assure their textile and apparel products maintain quality and durability through care label testing.

Labeling of UV-Protective Textiles in the United … 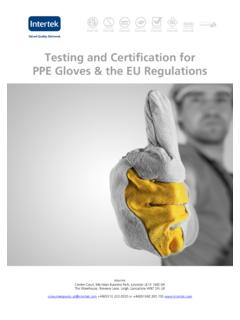 Testing and Certification for PPE Gloves & the EU …

Why 50% of Products Fail EMC Testing the First Time 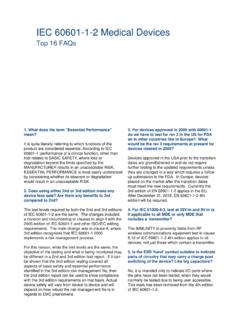 IEC 60601-1-2 Medical Devices Top 16 FAQs 1. What does the term "Essential Performance" mean? It is quite literally referring to which functions of the 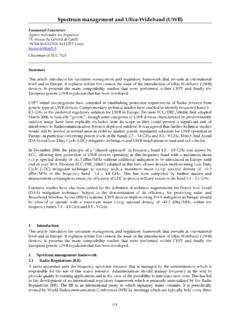