172. Floating aquatic macrophytes AzollaFloating aquatic macrophytes are defined as plants that float on the water surface, usually with submerged roots. Floating species are generally not dependent on soil or water spp. are heterosporous free- Floating freshwater ferns that live symbiotically with Anabaena azollae, a nitrogen-fixing blue-green algae. These plants have been of particular interest to botanists and Asian agronomists because of their association with blue-green algae and their rapid growth in nitrogen deficient habitats (Islam and Haque, 1986). The genus Azolla includes six species distributed widely throughout temperate, sub-tropical and tropical regions of the world. It is not clear whether the symbiont is the same in the various Azolla spp.

1 172. Floating aquatic macrophytes AzollaFloating aquatic macrophytes are defined as plants that float on the water surface, usually with submerged roots. Floating species are generally not dependent on soil or water spp. are heterosporous free- Floating freshwater ferns that live symbiotically with Anabaena azollae, a nitrogen-fixing blue-green algae. These plants have been of particular interest to botanists and Asian agronomists because of their association with blue-green algae and their rapid growth in nitrogen deficient habitats (Islam and Haque, 1986). The genus Azolla includes six species distributed widely throughout temperate, sub-tropical and tropical regions of the world. It is not clear whether the symbiont is the same in the various Azolla spp.

2 Consists of a main stem growing at the surface of the water, with alternate leaves and adventitious roots at regular intervals along the stem. Secondary stems develop at the axil of certain leaves. Azolla fronds are triangular or polygonal and float on the water surface individually or in mats. At first glance, their gross appearance is little like what are conventionally thought of as ferns; indeed, one common name for them is duckweed ferns. Plant diameter ranges from 1/3 to 1 inch ( cm) for small species like Azolla pinnata to 6 inches (15 cm) or more for A. nilotica (Ferentinos, Smith and Valenzuela, 2002). ClASSIFICAtIonThe genus Azolla belongs to the single genus family Azollaceae. The six recognizable species within the genus are grouped under two subgenera: Euazolla and Rhizosperma.

3 The four species under the sub-genus Euazolla are A. filiculoides, A. caroliniana, A. mexicana and A. microphylla. It is thought that these four species originated from temperate, sub-tropical and tropical regions of North and South America (Van Hove, 1989). However, Zimmerman et al. (1991) found three of these species (A. caroliniana, A. mexicana and A. microphylla) to have close taxonomic affinity and similar responses to phosphorus deficiency and recommended that they be considered as a single two species under sub-genus Rhizosperma are A. nilotica and A. pinnata. A. nilotica is a native of East Africa and can be found from Sudan to Mozambique (Van Hove, 1989). A. pinnata has two different varieties that vary in their distribution patterns.

4 A. pinnata var. imbricata originates from subtropical and tropical Asia while A. pinnata var. pinnata occurs in Africa and is known as African ImportanceBecause Azolla has a higher crude protein content (ranging from 19 to 30 percent) than most green forage crops and aquatic macrophytes and a rather favourable essential amino acid (EAA) composition for animal nutrition (rich in lysine), it has also attracted the attention of livestock, poultry and fish farmers (Cagauan and Pullin, 1991). In Asia Azolla has been long used as green manure for crop production and a supplement to diets for pigs and poultry. Some strains of Azolla can fix as much as 2-3 kg of nitrogen/ha/day. Azolla doubles its biomass in 3-10 days, depending Use of algae and aquatic macrophytes as feed in small-scale aquaculture A review18on conditions, and easily reaches a standing crop of 8-10 tonnes/ha fresh weight in Asian rice fields; tonnes/ha fresh weight ( tonnes/ha dry weight) has been reported for A.

5 Pinnata in India (Pullin and Almazan, 1983). Recently, Liu et al. (2008) have reported the application of Azolla as a controlled ecological life support system (CELSS) for its strong photosynthetic oxygen-releasing capacity. Azolla provides a protected environment and a fixed source of carbon to the blue-green filamentous algae Anabaena spp. (Wagner, 1997). Environmental requirementsThe potential for rearing Azolla is restricted by climatic factors, water and inoculum availability, the incidence of pests, phosphorus requirements and the need for labour intensive management (Cagauan and Pullin, 1991). Water is the fundamental requirement for the growth and multiplication of Azolla . The plant is extremely sensitive to lack of water.

6 Although Azolla can grow on wet mud surfaces or wet pit litters, it prefers growing in a free- Floating state (Becking, 1979). A strip of water not more than a few centimetres deep favours growth because it provides good mineral nutrition, with the roots not too far from the soil, and also because it reduces wind effects (Van Hove, 1989). Strong winds can accumulate Azolla to one side of the stretch of water, creating an overcrowded condition and thus slowing can survive a water pH ranging from , reported optimum growth occurring at pH Watanabe et al. (1977) reported that the growth of Azolla was optimum at pH and FAO (1977) recorded that soils of pH 6 to 7 support the best growth. Salinity tolerance of Azolla species also varies.

7 The growth rate of A. pinnata declines as its salinity increases above 380 mg/l (Thuyet and Tuan, 1973). According to Reddy et al. (2005) Azolla can withstand salinity of up to 10 ppt but Haller, Sutton and Burlowe (1974) reported that the growth of A. caroliniana ceases at about ppt and higher concentrations result in death. A. filiculoides has been reported to be most salt-tolerant (I. Watanabe pers. comm., cited by Cagauan and Pullin, 1991). Azolla grows in full to partial shade (100-50 percent sunlight) with growth decreasing quickly under heavy shade (Ferentinos et al., 2002). Generally, Azolla requires 25-50 percent full sunlight for its normal growth; slight shade is of benefit to its growth in field conditions.

8 The biomass production greatly decreases at a light intensity lower than 1 500 lux (Liu et al., 2008). Like all other plants, Azolla needs all the macro- and micro-nutrients for its normal growth and vegetative multiplication. All elements are essential; phosphorus is often the most limiting element for its growth. For normal growth, mg/l/day is required. This level can be achieved in field conditions by the split application of superphosphate at 10-15 kg/ha (Sherief and James, 1994). 20 mg/l is the optimum concentration (Ferentinos et al., 2002). The symptoms of phosphorous deficiency are red-coloured fronds (due the presence of the pigment anthocyanin), decreased growth and curled roots. Macronutrients such as P, K, Ca and Mg and micronutrients such as Fe, Mo and Co have been shown to be essential for the growth and nitrogen fixation of Azolla (Khan and Haque, 1991).

10 The optimum relative humidity for Azolla growth is between 85-90 percent. Azolla becomes dry and fragile at a relative humidity lower than 60 percent. PRoduCtIonMultiplication of Azolla in nature and in the laboratory is entirely through vegetative reproduction. However, sexual reproduction, which is essential to the survival of the population during temporary adverse conditions also, occurs. When Azolla fronds reach a certain size depending on the species and the environment, generally 1 to 2 cm in diameter, the older secondary stems detach themselves from the main stem as a result of the formation of an abscission layer, thus giving rise to new fronds. This is the most usual mode of and James (1994) have described a simple Azolla nursery method for its large-scale multiplication in the field for Indian farmers. 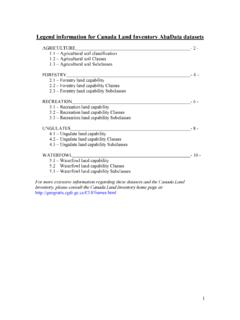 sprayer: it is a farm equipment designed to spray, is composed of a liquid tank, pressure pump, cap, mouth, tank and pressure valve, belts, hose, faucet and nozzle where the 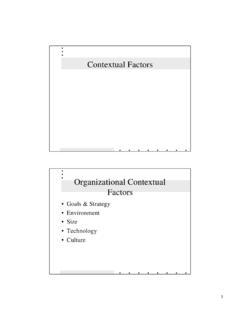 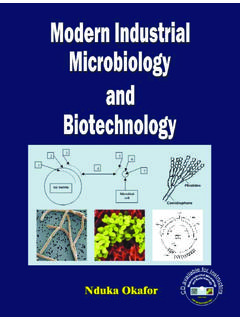 Dedication This book is dedicated to the Okafor-Ozowalu family of Nri, Anambra State, Nigeria, and their inlaws.

1 Capability brochure Technology Innovation ecember Technology and innovation in Rio Tinto Rio Tinto is a leading international business involved in each stage of ... 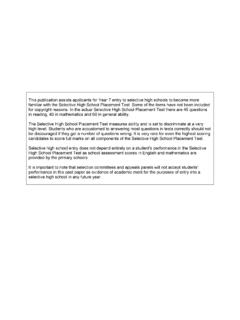 SELECTIVE HIGH SCHOOL PLACEMENT TEST READING SAMPLE TEST 1 INSTRUCTIONS 1. There are 35 questions in this sample set. You have 40 minutes to complete the real test