A Survey on Travelling Salesman Problem - …

A Survey on Travelling Salesman Problem Sanchit Goyal Department of Computer Science University of North Dakota Grand Forks, North Dakota 58203. Abstract The Travelling Salesman Problem is one of the most popular problems from the NP set, it is also one of the hardest too. The solution to this Problem enjoys wide applicability in a variety of practical fields. Thus it highly raises the need for an efficient solution for this NP. Hard Problem . However even the most common deterministic solutions to the Problem are known to possess an exponential time complexity. There have been many efforts in the past to provide time efficient solutions for the Problem , both exact and approximate. This paper surveys on some of these deterministic and non-deterministic efforts. It also presents and analyzes a greedy non deterministic algorithm to solve the Travelling Salesman Problem .

1 Introduction The Travelling Salesman Problem (TSP) is a problem in combinatorial optimization studied in both, operations research and theoretical computer science.

1 A Survey on Travelling Salesman Problem Sanchit Goyal Department of Computer Science University of North Dakota Grand Forks, North Dakota 58203. Abstract The Travelling Salesman Problem is one of the most popular problems from the NP set, it is also one of the hardest too. The solution to this Problem enjoys wide applicability in a variety of practical fields. Thus it highly raises the need for an efficient solution for this NP. Hard Problem . However even the most common deterministic solutions to the Problem are known to possess an exponential time complexity. There have been many efforts in the past to provide time efficient solutions for the Problem , both exact and approximate. This paper surveys on some of these deterministic and non-deterministic efforts. It also presents and analyzes a greedy non deterministic algorithm to solve the Travelling Salesman Problem .

2 The paper relates the Travelling Salesman Problem with the hamiltonian circuit Problem in order to demonstrate the existing property of reducibility between the two problems and the its advantages in providing a solution to the TSP. 1 Introduction The Travelling Salesman Problem (TSP) is a Problem in combinatorial optimization studied in both, operations research and theoretical computer science. Given a list of cities and their pair wise distances, the task is to find a shortest possible tour that visits each city exactly once. It was first formulated as a mathematical Problem in 1930 and is one of the most intensively studied problems in optimization. Problems having the TSP structure most commonly occur in the analysis of the structure of crystals [1], in material handling in a warehouse [2], the clustering of data arrays [3]. Related variations on the traveling Salesman Problem include the resource constrained trav- eling Salesman Problem which has applications in scheduling with an aggregate deadline [4].

3 The prize collecting traveling Salesman Problem [5] and the orienteering Problem [6]. are also special cases of the resource constrained TSP. Most importantly, the traveling sales- man Problem often comes up as a sub Problem in more complex combinatorial problems, the best known and important one of which is the vehicle routing Problem [7], that is, the Problem of determining for a fleet of vehicles which customers should be served by each vehicle and in what order each vehicle should visit the customers assigned to it. Versions of TSP. The TSP has been most commonly expressed in two forms. The combinatorial optimization version the Problem of finding the minimum hamiltonian cycle in a graph of cities, and the decision version the Problem of checking the existence of a hamiltonian cycle in a graph smaller than a given weight. In the theory of computational complexity, the combinatorial optimization version belongs to the NP Hard set of problems implying that there is no polynomial time algorithm even for checking the correctness of a given solution to the Problem , whereas the decision version belongs to the class of NP complete problems implying that a solution can be checked in polynomial time.

4 Though without a proof that P. 6=NP, it can only be assumed that there is no efficient algorithm for solving any version of the TSP. In other words, it is likely that the worst case running time for any algorithm for TSP increases exponentially with the number of cities, so even some instances with only hundreds of cities will take many CPU years to solve exactly[15]. Classification of TSP. Different instances of the TSP are also divided into different classes based on the arrange- ment of distance between the cities or the type of graph in concern. In the Symmetric TSP, the distance between two cities is the same in each direction, forming an undirected graph. This symmetry halves the number of possible solutions. In the Asymmetric TSP, paths may not exist in both directions or the distances might be different, forming a directed graph.

5 1. 2 Reducibility between TSP and Hamiltonian Circuits In the absence of any efficient algorithms for the problems of NP set, the existing property of reducibility amongst them can be considered a slight relaxation for the design specialists. A Travelling Salesman 's dilemma can be typically depicted as the Problem of finding the shortest hamiltonian circuit in a graph. This can be easily shown by the fact that the path of a Travelling Salesman starts and ends at the same vertex and covers all the vertices in the graph exactly once, which is nothing but a hamiltonian cycle of a graph. Also since the Salesman needs to travel minimum while covering all the vertices thus the corresponding hamiltonian Cycle is also of minimum size in the graph. While designing efficient solutions to the real world situations based on NP problems, one can easily configure the algorithms to rule out specific cases from the search space based on the quick tests available for some of the closely related problems from the NP set.

6 Worst case for a typical instance of the Travelling Salesman Problem , the absence of any path can be ruled out by initially checking for the existence of a hamiltonian circuit in the graph in concern. A graph can be checked for existence of hamiltonian path easily by taking help of many existing theorems in the graph theory. Some of these conditions are shown. An undirected graph G with N nodes is hamiltonian a hamiltonian circuit exists in the graph, if either of the following holds true- 1. G is a complete graph 2. For n 3 vertices. If each vertex has degree at least n/2. (Diracs Theorem)[16]. 3. For n 3 if, for each pair of non-adjacent vertices, the sum of their degrees is n or greater (Ore's Theorem)[17] and many Such tests are quick fixes which tremendously improve the worst case performance of oth- erwise exponential time algorithms.

7 Thus these techniques can prove extremely beneficial for designers when it is known that the input space for the Problem mainly consists of worst cases of the TSP. Also it can be stated strongly that if we have an efficient way to either find out all the hamiltonian circuits in a graph or a minimum hamiltonian circuit in a graph, this implies there is an efficient way to solve for the Travelling Salesman Problem too. 3 Naive Approach to Solution A naive solution is a highly inefficient, generally brute force but an exact algorithm to solve the Problem . The Problem statement of the Travelling Salesman trivia can be depicted in a 2. number of alternate formats due to the inter-linkage between different NP problems, which in turn leads to a number of naive solutions to the Problem . Interpretation as the Problem of finding the lightest hamiltonian circuit in the graph leads to one such algorithm.

8 A naive approach can try finding all the hamiltonian circuits in the graph and choose the one with the smallest length. However finding hamiltonian Circuits in a graph itself is a NP complete Problem . For N nodes in a graph and one starting and ending node there are (n-1)! maximum possible hamiltonian cycles for a directed graph and thus an asymmetric TSP and (n-1)!/2 maximum possible hamiltonian cycles for an undirected graph and thus a symmetric TSP (since, order does not matter in its case). Therefore a naive algorithm which will not only find these circuits but also compare them is surely going to be O (n!) for assymeteric TSP and O. (n!/2) for symmetric TSP in its worst case performance, which is extremely inefficient. This naive approach considers all (n-1)! or (n-1)!/2 permutations of the vertices and elimi- nates the ones which are not viable hamiltonian circuits by comparing edges between each pair of vertices in the permutation being considered using an O(n) process.

9 It also calculates the total weight of the permutation in the same process of verification and stores the values in O ((n-1)!) or O ((n-1)!/2) space depending on the type of TSP being considered. After it goes through all the possible cases of hamiltonian circuits, thus verifying and processing each, it finally finds out the hamiltonian cycle with the least weight by simply finding the lowest value in data structure used to store the total weights of the hamiltonian cycles. This process is typically O((n-1)!) or O((n-1)!/2) in worst case. Therefore the complete process can be easily calculated to be O( !) for asymmetric TSP and O( !/2) for symmetric TSP. 4 Solving the Travelling Salesman Problem There have been many efforts to solve the Travelling Salesman Problem ever since it was coined in 1930. The deterministic approaches strive to give an exact solution to the prob- lem whereas the non deterministic try to provide a tour with a near minimal cost.

10 This paper discusses few of such approaches in the following sub-section. A special case of a polynomial time non deterministic algorithm has also been proposed in this paper. Deterministic Approaches to TSP. One of the earliest deterministic solutions to TSP was provided by Dantzig et al. [8], in which linear programming (LP) relaxation is used to solve the integer formulation by adding suitably chosen linear inequality to the list of constraints continuously. Held and Karp [10] presented a dynamic programming formulation for an exact solution of the trav- 3. elling Salesman Problem , however it has a very high space complexity, which makes it very inefficient for higher values of N[9]. The branch and bound technique based algorithm published in [14] was able to successfully increase the size of the Problem solvable without using any Problem specific methods. 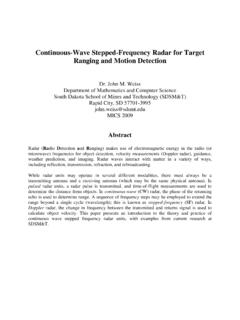 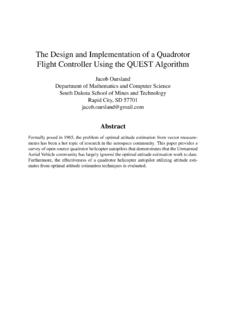 The Design and Implementation of a Quadrotor … 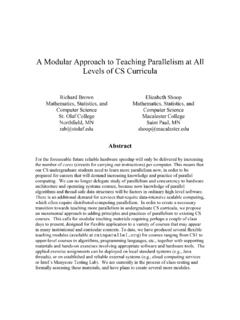 A Modular Approach to Teaching Parallelism at All … 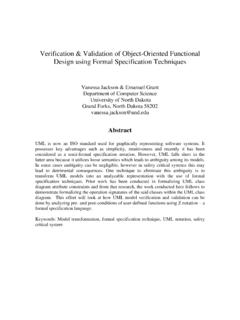 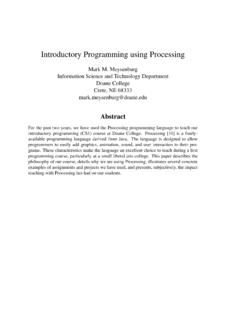 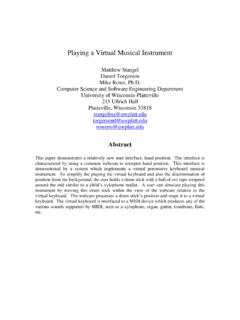 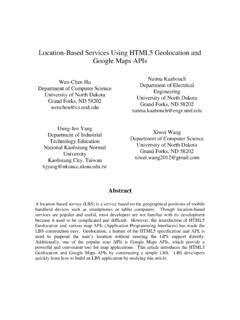 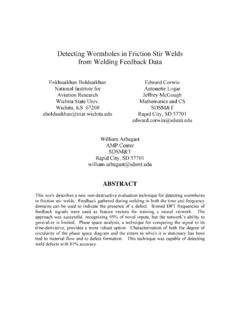 This work describes a new non-destructive evaluation technique for detecting wormholes in friction stir welds. Feedback gathered during welding in both the time and frequency 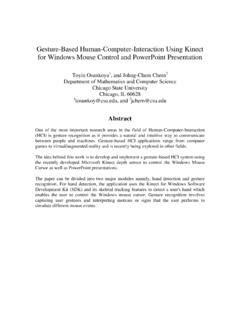 2.2 Gesture Recognition System Gesture recognition is a complex task which involves many aspects and while there may be variations on the methodology used and recognition phases depending on the 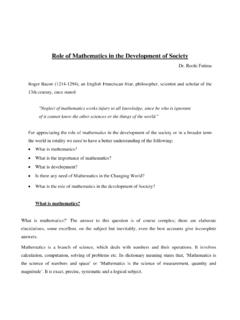 Final-Article-Role of Mathematics in the …

innumerable examples of symmetry, shapes, patterns, etc. Such examples exist in animals, in objects, in pictures and other things. The sun rises and sets at …

Ideology A central feature of Marxist theory is the 'materialist' stance that social being determines consciousness.According to this stance, ideological positions are a function of class positions, and the dominant ideology in society is the ideology of 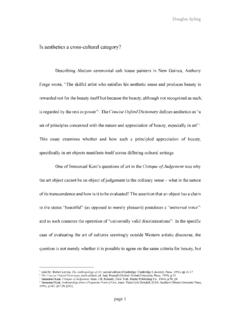 Is aesthetics a cross-cultural category - Douglas … 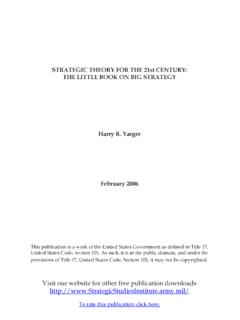 STRATEGIC THEORY FOR THE 21st CENTURY: THE LITTLE BOOK ON BIG STRATEGY Harry R. Yarger February 2006 This publication is a work of the United States Government as deﬁned in Title 17, 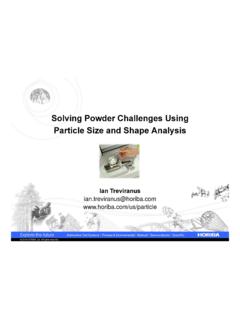