2 Air Navigation is increasingly dependent upon RNAV systems - as exemplified by Flight Management System (FMS) and Global Positioning System (GPS) avionics. These systems navigate with reference to geographic positions called waypoints (WP). specified in latitude/longitude rather than to/from a specific ground-based Navigation aid. Reliance on RNAV systems for approach and departure operations will increase as new systems such as WAAS are developed and deployed. To foster and support full and optimal integration of RNAV into the National Airspace System (NAS), the FAA has developed a new procedure type for RNAV IAP's.

3 This Notice serves to inform the flying public of the new concepts being implemented with the RNAV IAP's. OPERATIONS. In order to avoid unnecessary duplication and proliferation of instrument approach charts, Jeppesen will publish approach minimums for unaugmented GPS and WAAS. (when operational) on the same chart. In addition, approach minimums will be established and published for LNAV/ VNAV - a new type of RNAV instrument approach with lateral and vertical Navigation . The approach chart will be titled "RNAV RWY XX.". The chart may contain as many as four columns of approach minimums: GLS.

4 LNAV/VNAV; LNAV; and CIRCLING. Appropriately equipped aircraft may fly to the various published minimums described in paragraphs a through c below: a. GLS. GLS is the acronym for GNSS Landing System; GNSS is the acronym for Global Navigation Satellite System. The minimums column labeled GLS will accommodate aircraft equipped with precision approach capable WAAS receivers operating to their fullest capability. WAAS, as its name implies, augments the basic GPS satellite constellation with additional ground stations and enhanced position/. integrity information transmitted from geostationary satellites.

5 This capability of Augmentation enhances both the accuracy and integrity of basic GPS, and may support precision approach minimums as low as 200' height above touchdown (HAT) and 1/2. statute mile (SM) visibility. In order to achieve lowest minimums, the requirements of an entire precision system including satellite availability; clear obstruction surfaces; AC. area Navigation Systems Effective: Until Further Notice 150/5300-13, Airport Design; and precision runway and airport requirements must be satisfied. Pilots will be informed that all the requirements of the precision system are satisfied by the notation GLS PA in the first column of minimums.

6 Pilots will be informed that the precision system requirements are not met by the notation GLS . without the letters PA in the first column of minimums. In this latter case, the airborne WAAS receiver may be operating in the most capable mode, but since the landing environment does not support the low visibility operations, minimums no lower than 300' HAT and 3/4 SM visibility will be published. Since computed glidepath guidance is provided to the pilot, procedure minimum altitude will be published as a Decision Altitude (DA). LNAV/VNAV. Since LNAV/VNAV systems provide vertical guidance, the procedure minimum altitude will be published as a DA.

7 The minimums column labeled as LNAV/VNAV may be used by the following systems: (1) Precision approach capable WAAS equipment that has reverted to a less capable mode of operation. Conditions such as poor GPS satellite geometry or atmospheric interference may cause precision this reversion. Lateral and vertical Navigation are still available to support an instrument approach but to a lesser degree of accuracy. If alerted to this condition by the on-board WAAS equipment, the pilot/crew shall use the LNAV/VNAV minimums. (2) WAAS lateral-only receiver integrated with an IFR approach approved Barometric (BARO) VNAV system.

8 (3) approved aircraft with an IFR approach approved BARO-VNAV. system. (4) Aircraft equipped with other IFR RNAV systems such as FMS and BARO-VNAV may also use LNAV/VNAV minimums. See paragraph d below. c. LNAV. These minimums are for LNAV-only. Because vertical guidance is not provided, the procedure minimum altitude will be published as a minimum descent altitude (MDA). LNAV minimums support the equipment described below: (1) If the quality of the WAAS Navigation solution will not support vertical Navigation at all, the WAAS receiver will revert to an LNAV mode.

9 Again, the pilot/crew will be alerted to the loss of VNAV and shall revert to LNAV minimums. (2) WAAS equipment approved only for nonprecision approaches. (3) approved aircraft. (4) Navigation systems using basic unaugmented GPS approved for approach operations in accordance with: (a) AC 20-138, Airworthiness Approval of Global Positioning System (GPS). Navigation Equipment for Use as a VFR and IFR Supplemental Navigation system, for standalone TSO-C129 Class A(1) systems; or Effective: Until Further Notice area Navigation Systems (b) AC 20-130A, Airworthiness Approval of Navigation or Flight Management Systems Integrating Multiple Navigation Sensors, for GPS as part of a multi-sensor system, qualify for these minimums.

10 D. Other Systems. Through a special authorization, aircraft equipped with other IFR approach approved RNAV systems may fly to the LNAV/VNAV and/or LNAV. minimums described above. These systems may include aircraft equipped with an FMS that can file /E or /F. Operational approval must also be obtained for BARO- VNAV systems to operate to the LNAV/VNAV minimums. BARO-VNAV may not be authorized on some approaches due to other factors. Pilots are directed to their local Flight Standards District Office (FSDO) for additional information. NOTE: RNAV and BARO-VNAV systems must have a manufacturer supplied electronic data base which shall include the waypoints, altitudes, and vertical data for the procedure to be flown. 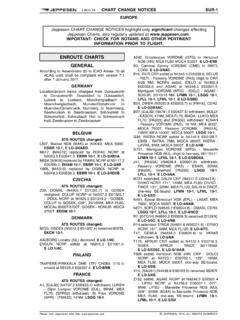 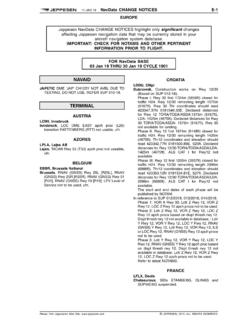 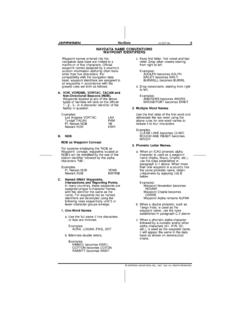 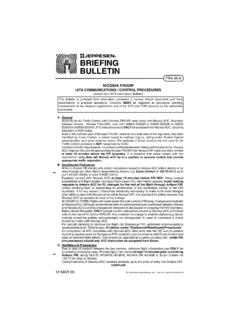 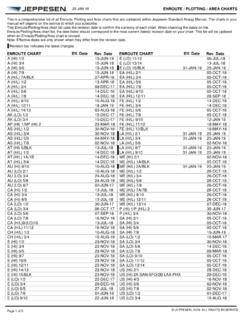 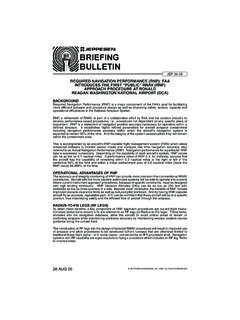 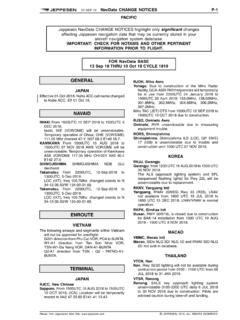 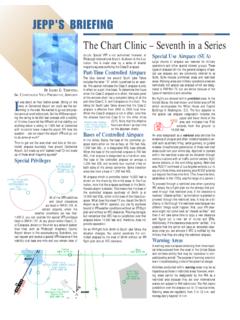 The Chart Clinic – Seventh in a Series - jeppesen.com

clouds. Special VFR is not authorized, however, at Pittsburgh International Airport. As shown in the illus-tration, this is made clear by a series of shaded

Series, Seventh, Seventh in a series 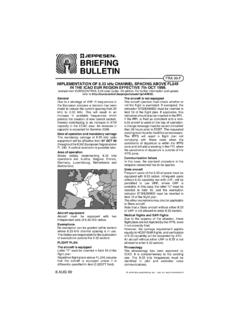 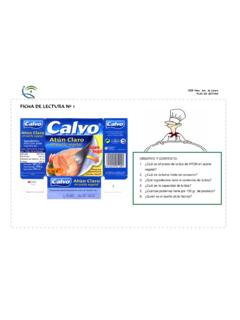 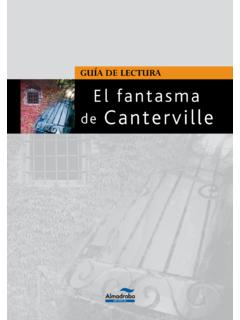 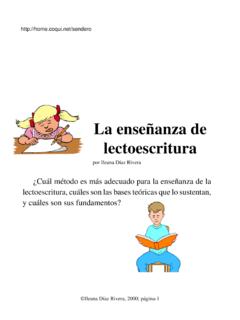 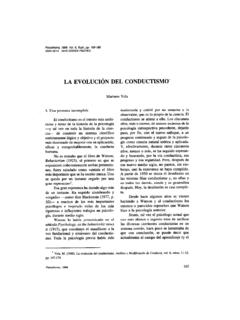