International Journal of Machine Learning and Computing, Vol. 1, No. 5, December 2011. Bit Error Rate Optimization in Fiber Optic Communications S. M. Jahangir Alam, M. Rabiul Alam, Guoqing Hu, and Md. Zakirul Mehrab The approximation is accurate for a long studied time interval Abstract In telecommunication, the Bit Error Rate (BER) is and a high number of bit errors . an indication of how often data has to be retransmitted because of an Error . The different modulation techniques scheme is suggested for improvement of BER in Fiber Optic communications. The developed scheme has been tested on II. BIT Error RATE AND SIGNAL-TO- noise RATIO. optical Fiber systems operating with a non-return-to-zero (NRZ). format at transmission rates of up to 10 Gbps. Performance of A. Bit Error Rate improved detected signals has been evaluated by the analysis of In telecommunication transmission, the bit Error rate (BER). quality factor and computed BER.

signal level (not necessarily the most powerful signal possible) and noise. Measuring signal-to-noise ratios requires the selection of a representative or reference signal.

1 International Journal of Machine Learning and Computing, Vol. 1, No. 5, December 2011. Bit Error Rate Optimization in Fiber Optic Communications S. M. Jahangir Alam, M. Rabiul Alam, Guoqing Hu, and Md. Zakirul Mehrab The approximation is accurate for a long studied time interval Abstract In telecommunication, the Bit Error Rate (BER) is and a high number of bit errors . an indication of how often data has to be retransmitted because of an Error . The different modulation techniques scheme is suggested for improvement of BER in Fiber Optic communications. The developed scheme has been tested on II. BIT Error RATE AND SIGNAL-TO- noise RATIO. optical Fiber systems operating with a non-return-to-zero (NRZ). format at transmission rates of up to 10 Gbps. Performance of A. Bit Error Rate improved detected signals has been evaluated by the analysis of In telecommunication transmission, the bit Error rate (BER). quality factor and computed BER.

2 Numerical simulations have is the percentage of bits that have errors relative to the total shown a noticeable improvement of the system BER after number of bits received in a transmission. For example, a implementation of the suggested processing operation on the detected electrical signals at central wavelengths in the region of transmission might have a BER of 10-6, meaning that, out of 1310 nm. 1,000,000 bits transmitted, one bit was in Error . The BER is an indication of how often data has to be retransmitted Index Terms BER improvement, Modulation Techniques, because of an Error . Too high a BER may indicate that a noise , Optimization , NRZ. slower data rate would actually improve overall transmission time for a given amount of transmitted data since the BER. might be reduced, lowering the number of packets that had to I. INTRODUCTION be present. The BER may be improved by choosing a strong Optical fibers are widely used in Fiber Optic signal strength (unless this causes cross-talk and more bit communications which permits transmission over longer errors ), by choosing a slow and robust modulation scheme or distances and at higher bandwidths than other forms of line coding scheme, and by applying channel coding schemes communication.

3 Optical transmission networks based on such as redundant forward Error correction codes [1]. The wavelength division multiplexing (WDM) architecture is transmission BER is the number of detected bits that are dominating the all optical data transportation with bit rates incorrect before Error correction, divided by the total number exceeding several terabit per second rates to serve the ever of transferred bits (including redundant Error codes). increasing demand of Internet Protocol (IP) networks. Some Normally the transmission BER is larger than the information of the main TCP/IP networking functions such as routing, BER. The information BER is affected by the strength of the add-drop multiplexing and demultiplexing and wavelength forward Error correction code. conversion, need to be functional to encapsulate the IP packet B. Signal-To- noise Ratio requirements into the optical layer. The linear as well as the nonlinear characteristics of the optical Fiber at higher bit rates , Signal-to- noise ratio (often abbreviated SNR or S/N) is a seriously limit the data transmission performance and it is measure used in science and engineering to quantify how therefore becoming necessary to develop approaches to much a signal has been corrupted by noise .

4 It is defined as the improve regeneration of transmitted data. Experimental ratio of signal power to the noise power corrupting the signal. investigations have shown a considerable progress in this A ratio higher than 1:1 indicates more signal than noise . direction. These were based on compensation techniques, While SNR is commonly quoted for electrical signals, it can filtering, developing optimized line coding, and further be applied to any form of signal (such as isotope levels in an dispensation of received signal. In a communication system, ice core or biochemical signaling between cells). In less the receiver side BER may be affected by transmission technical terms, signal-to- noise ratio compares the level of a channel noise , interference, distortion, bit synchronization desired signal (such as music) to the level of background problems, attenuation, wireless multipath fading, etc. The noise . The higher the ratio, the less obtrusive the background BER can be considered as an approximate estimate of the bit noise is.

5 Signal-to- noise ratio is sometimes used informally to Error probability which is the expectation value of the BER. refer to the ratio of useful information to false or irrelevant data in a conversation or exchange. For example, in online discussion forums and other online communities, off-topic Manuscript received September 13, 2011, revised October 31, 2011 posts and spam are regarded as " noise " that interferes with S. M. Jahangir Alam and Guoqing Hu are with the Department of the "signal" of appropriate discussion. The concepts of Mechanical and Electrical Engineering, Xiamen University, China (e-mail: signal-to- noise ratio and dynamic range are closely related. jahangir_uits@ ; M. Rabiul Alam is with the School of Computer Science and Engineering, Dynamic range measures the ratio between the greatest University of Information Technology and Sciences, Dkaka, Bangladesh undistorted signal on a channel and the smallest detectable (e-mail: alam2007@ ).)

7 The The EAM is candidate for use in external modulation links in concept can be understood as normalizing the noise level to 1 telecommunications [7]. They can be operated at very high (0 dB) and measuring how far the signal 'stands out'. speed; a modulation bandwidth of tens of gigahertz can be achieved, which makes these devices useful for optical Fiber C. Digital Signal communication. A convenient feature is that an EAM can be In a digitized measurement, the number of bits used to integrated with distributed feedback laser diode on a single represent the measurement determines the maximum possible chip to form a data transmitter in the form of a photonic signal-to- noise ratio. This is because the minimum possible integrated circuit. Compared with direct modulation of the noise level is the Error caused by the quantization of the laser diode, a higher bandwidth and reduced chirp can be signal (quantization noise ). This noise level is nonlinear and obtained.

8 Signal-dependent; different calculations exist for different Mach-Zehnder Modulator. A Mach-Zehnder modulator is signal models. Quantization noise is modeled as an analog a intensity modulating signal light, using a simple drive Error signal summed with the signal before quantization [4]. circuit for the modulating voltage. The modulator includes This theoretical maximum SNR assumes a perfect input two waveguides with respective multiple quantum well signal. If the input signal is noisy, the measurement noise (MQW) structures. Well layers of the MQW structures of the may be larger than the quantization noise . Real two optical waveguides have different thicknesses or are analog-to-digital converters also have other sources of noise made from different materials so the phase of light that further decrease the SNR compared to the theoretical propagating through one waveguide advances and through maximum from the idealized quantization noise .

9 Although the other waveguide is delayed in response to the same noise levels in a digital system can be expressed using SNR, applied voltage. The phase changed light signals are it is more common to use Eb/No the energy per bit per noise combined as an output light signal that is intensity modulated power spectral density. The modulation Error ratio (MER) is [3]. a measure of the SNR in a digitally modulated signal. C. Coding There are different types of coding are used such as III. noise SOURCES, MODULATION AND CODING Non-Return-to-Zero (NRZ), Return-to-Zero (RZ), Alternate Mark Inversion (AMI), Manchester, Differential Manchester A. noise Sources and Multi-state Coding. noise is a significant issue in every communication system. NRZ Coding. If the bit stream is to be sent as simply the In the optical world (especially in WDM) there are many presence or absence of light on the Fiber (or as changes of sources of noise . The good news is that most of the noise voltage on a wire) then the simplest NRZ coding is possible.

10 Sources are so small that may be ignored. In other cases the In this method a one bit is represented as the presence of light action can take to mitigate one form of noise also mitigates and a zero bit is represented as the absence of light. This many others. The dominant noise sources in WDM systems method of coding is used for some very slow speed optical are amplifier noise (ASE) and thermal noise in the receivers. links but has been replaced by other methods for most However, in the design of any system it is very important to purposes. be aware of all the potential sources of noise so that they can RZ Coding. In RZ coding the signal returns to the zero be avoided or mitigated. state every bit time such as, a 1 bit is represented by a ON . laser state for only half a bit time. In a restricted bandwidth B. Modulation environment (such as in most electronic communications). Modulation is the process of conveying a message signal, there are two different line states required to represent a bit for example, a digital bit stream or an analog audio signal, (at least for a 1 bit) and this type of coding is not desired.

means. This algorithm is a linear translation of the histogram. We add to each pixel the difference between desired mean value and the mean of the channel. 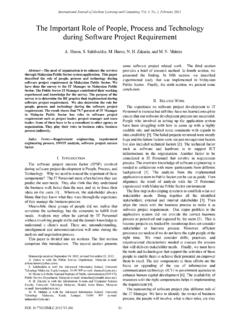 The Important Role of People, Process and Technology ...

NOISE IN FIBER OPTIC COMMUNICATION LINKS Robert Dahlgren Bob.Dahlgren@ieee.org ABSTRACT The physics of noise in optical communication links is of great interest in the 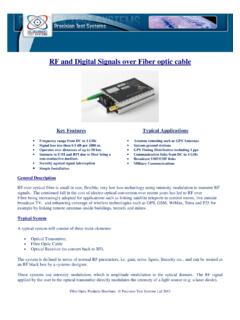 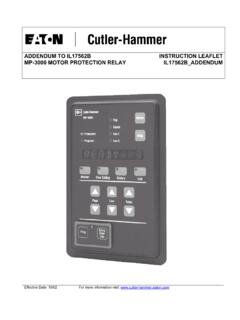