building models for credit spreads Angelo Arvanitis, Jon Gregory, Jean-Paul Laurent1. First version : April 1998. This version : June 12, 1998. Abstract : We present and study a modelling framework for the evolution of credit spreads . The credit spreads associated with a given rating follow a multidimensional jump-diffusion process while the movements from a given rating to another one are modelled by a continuous time Markov chain with a stochastic generator. This allows for a comprehensive modelling of risky bond price dynamics and includes as special features the approaches of Jarrow, Lando and Turnbull (1997), Longstaff and Schwartz (1995 and, Duffie and Kan (1996)2. The main appealing feature is the ability to get explicit pricing formulas for credit spreads , thus allowing easier implementation and calibration. We present examples based on market data and some empirical assessment of our model specification with historical time series.)

1 building models for credit spreads Angelo Arvanitis, Jon Gregory, Jean-Paul Laurent1. First version : April 1998. This version : June 12, 1998. Abstract : We present and study a modelling framework for the evolution of credit spreads . The credit spreads associated with a given rating follow a multidimensional jump-diffusion process while the movements from a given rating to another one are modelled by a continuous time Markov chain with a stochastic generator. This allows for a comprehensive modelling of risky bond price dynamics and includes as special features the approaches of Jarrow, Lando and Turnbull (1997), Longstaff and Schwartz (1995 and, Duffie and Kan (1996)2. The main appealing feature is the ability to get explicit pricing formulas for credit spreads , thus allowing easier implementation and calibration. We present examples based on market data and some empirical assessment of our model specification with historical time series.)

3 This framework is appropriate for pricing credit derivatives such as risky bonds, default swaps, spread options, insurance against downgrading etc. These instruments therefore have payoffs that depend on various things such as default events, credit spreads and realised credit ratings. It is also possible to look for the effect of default or downgrading on the pricing of convertible bonds, bonds with call features, interest rate or currency swaps. In order to design a model that can fulfil the above objectives it is necessary to consider the evolution of the risk free interest rates and of the credit spreads . In this analysis we will concentrate on developing a model for credit spreads , which can be coupled with any standard model for the risk free term structure such as Ho-Lee (1986), Hull-White (1990) or Heath, Jarrow and Morton (1992). To simplify the analysis we impose the restriction that the evolution of the credit spreads is independent of the interest rates4.

4 Typically, the credit spread for a specific risky bond exhibits both a jump and a continuous component. The jump part may reflect credit migration and default, a discontinuous change of credit quality. Meanwhile, credit spreads also exhibit continuous variation so that the spread on a bond of a given credit rating may change even if the riskless rates remain constant. This may be due to continuous changes in credit quality, stochastic variations in risk premia (for bearing default risk) and liquidity effects. 3. We rely on hazard-rate models ; this allows to handle a wide variety of dynamics for credit spreads in a tractable way. The so-called structural approaches where default is modelled as the first hitting time of some barrier by the process of assets' value leads to some practical difficulties. It may be cumbersome to specify endogenously the barrier, to handle jumps in credit spreads or non zero-short spreads (see Duffie and Lando (1998) for a discussion).

6 In this framework, it is possible to get some explicit pricing formulas for the prices of risky bonds. Duffie and Singleton (1998) propose a related model , but in their approach, simulation of the credit rating is required. In these Markovian models , the credit spreads and risk neutral default probabilities are uniquely determined by the state variables, some of them being discrete, credit ratings and following a Markov chain, while the others follow jump-diffusion processes. In addition, the credit spreads depends on the recovery rate in the event of default, that will be assumed to be constant for the sake of simplification6. As usual, calibration to market data is an important issue. It is simplified since we deal with explicit pricing formulas but still have the problem that market data can be sparse and there are a relatively large number of unknown parameters.

7 We adopt a 5. This model expands on a previous less general model of Lando (1994). 3. Bayesian approach where the prior is provided by historical information on credit migration and is marginally modified to fit prices of coupon bonds across different credit classes observed in the market. Thus, we are able to estimate a risk-neutral process. The inputs into the calibration algorithm are the prices of coupon bonds observed in the market across different credit classes and historical information on credit migration. The model can be used as a powerful stripping algorithm to generate yield curves consistently across asset classes by imposing an underlying economic structure. This is particularly useful in markets with sparse data. In section 2, we present Markovian models of credit spreads dynamics. We start from the standard textbook example, where the credit spread is constant up to default-time.

8 This model can be extended to allow credit spreads to be piece-wise constant as in JLT. We also present a state space extension of this model , in order to take into account credit rating time dependency (see Moody's (1997)). This allows a firm that has been recently upgraded to be assigned an upward trend and to therefore exhibit a lower credit spread than a firm with the same credit rating that has been recently downgraded. The previous models can be extended by considering a stochastic generator of the Markov chain, that depends on other state variables; in order to keep tractability, we consider a special family of generators where only the eigenvalues are stochastic. This framework allows explicit computation of credit spreads . In section 3, we focus on implementation issues. We present a calibration algorithm in the JLT framework and provide some examples of fitted curves.

9 In the more general model where the credit spreads have a diffusion component, we discuss calibration to bond prices, look for the dimension required to explain the credit spreads and consider the modelling assumption that the eigenvectors of the generator remain constant through time. Section 4 describes the conclusions. 2. Modelling the credit spreads 6. This assumption can be relaxed in different ways ; see further for a discussion. 4. In this section, we consider some approaches to the modelling of credit spreads , starting from the simplest case and developing the model in order to incorporate more realistic features of the dynamics of credit spreads . One may first consider a model where there are only two states, default and no default. A risky discount bond promises to pay 1 unit at maturity T if there is no default ; in the event of default, the bond pays a constant recovery rate ( ) at maturity T7.

10 Let us denote by v (t , T ) the price at time t of this risky bond, B(t , T ) the price of the risk free bond, and q (t , T ) the (risk-neutral) probability of default before time T as seen from time t. It is assumed that the default event is independent of the level of interest rates. This leads to the standard equation : v ( t , T ) = B ( t , T )[1 q ( t , T ) + q ( t , T ) ] (1). Equivalently, the implied risk-neutral default probabilities are given by: v (t , T ). 1 . B (t , T ). q (t , T ) = (2). (1 ). In this framework, the first time to default can be represented by the first jump of some non homogeneous Poisson process. This simple model is useful for pricing default swaps. To be practical, it requires the knowledge of the prices of risky zero coupon bonds issued by the counterparty on which the default swap is based, whose maturities equal the payment dates of the default swaps. 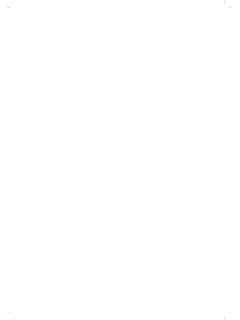 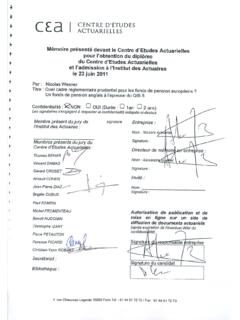 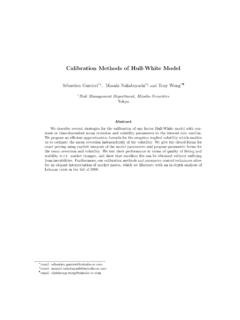 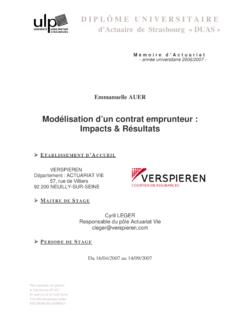 Emmanuelle AUER DUAS Promotion 2007 Modélisation d’un contrat emprunteur -3- Summary When we wish to borrow, for a real-estate loan or for a consumer loan, it is necessary to sign 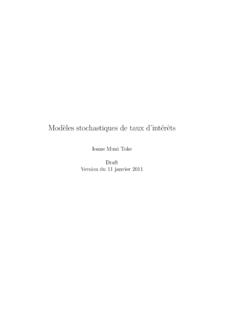 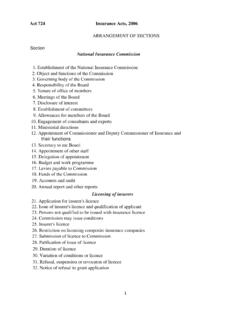 3 Act 724 Insurance Act, 2006 Capitalisation, solvency and financial resources 69. Maintenance of capital by insurer 70. Shares to be fully paid for in cash 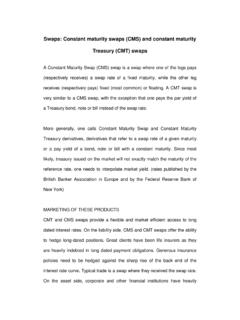 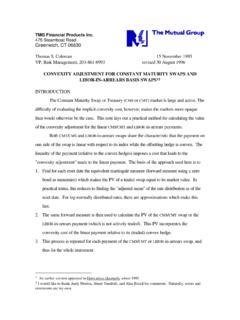 Coleman - CMS/CMT convexity 3 A CMS/CMT swap trades at a spread to floating LIBOR.The spread is a result of: 1. Curve: For an upward sloping yield curve the CMS/CMT rate will be higher than LIBOR, and one would receive CMS/CMT less a spread. 2. Day Count Basis: The CMS/CMT side often pays quarterly but uses a semi … 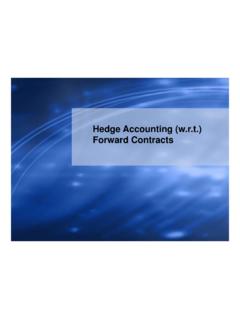 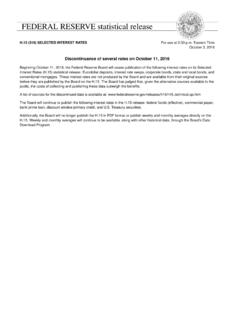 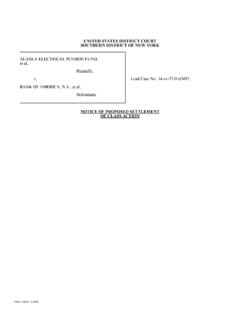