Fujitsu Microelectronics Europe GmbH Page 3/12 mechanical input devices with moving elements. The shape and layout of these sensor electrodes can

3 Compared to conventional solutions, no holes or other openings are necessary where humidity and dust could enter the device 4) Cost: The manufacturing of the housing is simpler and cheaper because no openings and sealings are necessary. As manifold as the application fields for Capacitive Touch Sensors , are the technical solutions. It is possible to implement a Touch sensor in software with a Microcontroller together with some external components. The other end of the range is defined by fully integrated hardware products. All methods detect the change of capacitance, if an electrode is touched by a human finger. Though this principle is the same for all methods, every approach feature specific advantages and drawbacks. The paper presents various Capacitive sensing approaches and discusses the properties current consumption, response time, cost and reliability of these methods.

4 An important aspect of Touch user interfaces is reliable and robust operation. Since environmental parameters like humidity and temperature can influence the sensor behavior, it might be necessary to compensate these factors. Otherwise the system might become instable and false touches are detected. Methods to overcome this problem in actual applications will be presented in the paper. Since more and more applications feature a display, Touch Sensors in combination with screens are discussed in a third part of the paper. If the sensing electrodes are transparent, they can be placed onto a display and the user is able to control a device by pressing virtual buttons directly on the screen. Capacitive Touch screens offer some advantages compared to resistive solutions which are very common in the industry and widely used already. Literature: A Full-Digital Multi-Channel CMOS Capacitive Sensor Moon, Jung, Chung, Joung, Hong, Lee, Shin SoC Research Center, ATLab Inc.

5 Yong-In City, Kyung-Gi-Do 449-170, Korea What is Capacitive Touch and what can it be used for In many cases, machines, home appliances and electronic devices have to be controlled by human beings. It is part of everyone's daily life and we are familiar with switches, push buttons, keyboards, knobs and slider controls. Since some time, a new species of control elements invades our life. It started in consumer products like mobile phones and MP3 players but moves into all kind of devices now. Those talks are about Touch Sensors . Simple electrodes underneath the housing replace Fujitsu Microelectronics Europe GmbH Page 2/12. mechanical input devices with moving elements. The shape and layout of these sensor electrodes can be designed in a very flexible way, leading to appealing, modern product designs with enhanced usability. A wide range of elements can be implemented with Touch sensor electrodes: simple buttons and keyboards, linear or circular sliders, transparent Touch elements on displays or even buttons on wooden surfaces.

6 As the sensor electrodes are placed inside the device, no openings are required. The housing is more robust and cost-effective and ideally suited for rough environments where dust and moisture could creep into the device. Especially for medical applications or devices used in clean environments like in the food industry, Capacitive Touch control enables hygienic casings. Conventional mechanical buttons or potentiometers with moving parts have a certain lifetime. Sooner or later they are worn out and do not work reliable anymore. Due to the lack of moving parts, Capacitive Touch is much more durable. However for highly stressed elements, the surface resp. overlay cover material of the Touch electrode has to be considered. Glass or acryl may be better suited as plastics. For single, isolated buttons, even metal can be used, not for complete front covers however as the sensor pads must be isolated from each other.

7 One positive aspect of the moving parts in conventional push buttons or switches is the tactile feedback to the user. By touching a surface, the user does not feel if the push button was triggered. This can be compensated by using optical, acoustical or, a bit more complex, vibration feedback. Basic Principle The simplest form of a capacitor consists of two conductors, two metal plates, separated by an insulator. The following formula shows the parameters which influence capacitance: A. C . d relative permittivity r = 0 * r air/vacuum: =1. PE: =2. Where C is the capacitance wood: =3. r is the relative permittivity, also called dielectric constant, ABS: =4. of the insulating material between the plates glass: =7. 0 is the permittivity of free space ( F/m) water: =80. A is the area of the plates d is the distance between the plates Table 1.

8 The larger the area of the plates, the larger is the capacitance. The smaller the distance between the two plates, the higher is the capacitance. The insulating material determines the dielectric constant. Table 1 list some common materials and their permittivity. The electrode of a Touch sensor represents one plate of such a capacitor. The corresponding 2nd plate is represented by the environment of the sensor electrode (to form a parasitic capacitor C0) and another conductive object, like a human finger for example (to form Touch capacitor CT). This capacitor, the sensor electrode, is connected to a measurement circuit. The capacitance of the sensor pad is measured periodically. If a conductive object approaches or touches the electrode, Fujitsu Microelectronics Europe GmbH Page 3/12. the measured capacitance will increase. This change is detected by the measurement circuit and converted into a trigger signal.

9 Considering the formula above, one can see that a bigger pad and a thinner overlaying cover material, leads to a bigger Touch capacitance CT and as a result, a bigger capacitance difference between touched and untouched sensor pad. In other words, the size of the electrode and the covering material influence the sensitivity of the sensor. figure 1 Touch Sensor Principle: untouched sensor pad with parasitic capacitance C0, touched sensor pad with additional Touch capacitance CT. Measurement Methods Capacitive measurement methods have been used for a long time in many applications to determine physical values like distance, pressure, liquid level, acceleration Capacitive Touch Sensors are just another application field. Numerous different methods exist to measure capacitance: shift of resonance frequency, frequency modulation, amplitude modulation, charge time measurement, time delay measurement, duty cycle, etc.

10 Most methods require analog-intensive circuits and inherit the related problems like crosstalk, coupling and noise sensitivity. A digital approach is less area and power consuming, compared to analog solutions. As example for a digital method, the following paragraphs describe a RC-delay line differential design. The circuit measures the difference between a reference and the capacitor to be sensed. This method was developed by ATLab, Inc. of South Korea and is implemented in the application specific standard product FMA1127 for Capacitive Touch applications, offered by Fujitsu Microelectronics. The method could be used for other measurement applications as well. Fujitsu Microelectronics Europe GmbH Page 4/12. figure 2 Block diagram of RC-delay line capacitance measurement method The system consists of two RC delay lines and a time to digital converter. 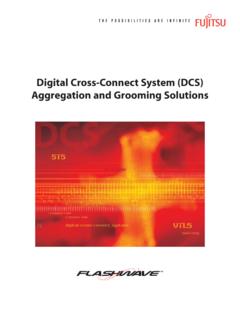 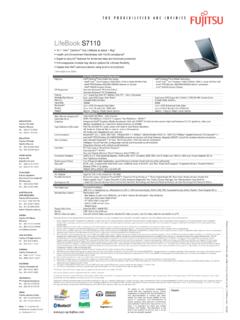 All rights to the mentioned trademarks JOB NO.: 1069 • Printed by Fujitsu PC Asia Pacific Pte Ltd in March 2006. Information is correct at time of printing. reside with their respective owners. 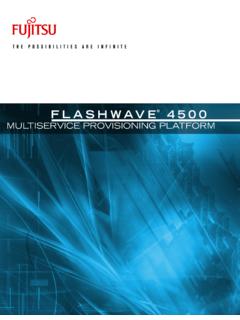 THE WHITE BOOK OF... Managing Hybrid IT The definitive guide to maximising the cloud, enabling innovation and redefining governance

How to use ScandAll PRO - Fujitsu

How to use ScandAll PRO iii Use in High-safety Applications This product has been designed and manufactured on the assumption that it will be used in office, 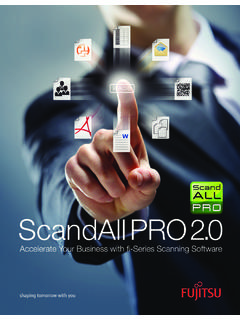 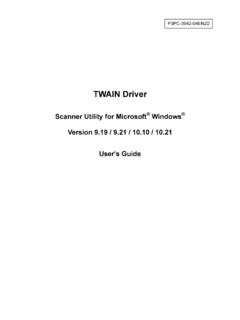 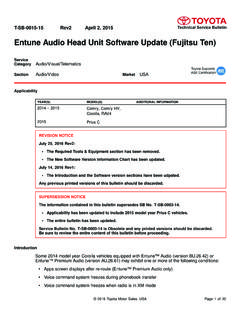 Recycling your battery Over time, the batteries that run your mobile computer will begin to hold a charge for a shorter amount of time; this is a natural 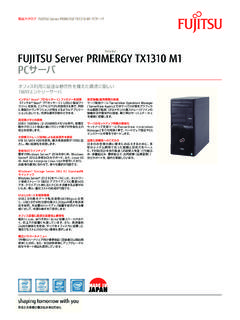 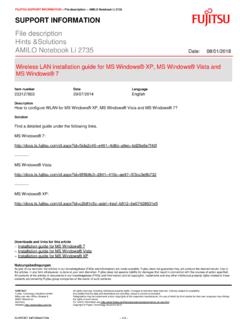 Trouble Shooting What the separate wires do in the interconnecting cables Note – Wires are 240V Live except where marked neutral or Earth or signal. Cables marked Signal are digital pulses and you should not attempt to measure these with a meter.