1 RADCLIFFE CARDIOLOGY 2016 Device TherapyOver the last few decades an increasing body of evidence has supported the role of cardiovascular Implantable Electronic devices (CIEDs) including permanent pacemakers (PPMs), Implantable cardioverter-defibrillators (ICDs) and Cardiac resynchronisation therapy (CRT-D [with defibrillator] and CRT-P [without defibrillator]) in improving quality of life and In addition, there has been a significant increase in the number of implantation procedures and subsequent replacements, revisions and Between 1993 and 2008, million patients underwent implantation of a A worldwide Cardiac pacing and ICD survey, which included more than 80 % of all the

1 1 RADCLIFFE CARDIOLOGY 2016 Device TherapyOver the last few decades an increasing body of evidence has supported the role of cardiovascular Implantable Electronic devices (CIEDs) including permanent pacemakers (PPMs), Implantable cardioverter-defibrillators (ICDs) and Cardiac resynchronisation therapy (CRT-D [with defibrillator] and CRT-P [without defibrillator]) in improving quality of life and In addition, there has been a significant increase in the number of implantation procedures and subsequent replacements, revisions and Between 1993 and 2008, million patients underwent implantation of a A worldwide Cardiac pacing and ICD survey, which included more than 80 % of all the pacemakers and ICDs implanted worldwide during 2009, reported 737,840 new implants and 264,824 replacements.

2 A significant rise compared with a similar survey conducted in However, the cost and complications of Device implantation, including Infection or hardware malfunction in patients receiving CIEDs, have led to the concern that negative outcomes may partially counteract the expected benefits. The rate of CIED Infection has been estimated at % with primary implants and 1 7 % with secondary ,5 8 It is difficult to give accurate estimates of Infection rates, given the fact that figures are partly based on retrospective series of varying duration, and that different definitions of Infection exist.

3 However, the incidence of CIED Infection is increasing out of proportion to CIED ,5,9 A US study reported a 12 % increase in the number of CIED implantations from 2004 to 2006, with a 57 % increment in CIED infections during the same Reasons for this rise in CIED infections include the fact that younger patients are receiving CIEDs, and therefore surviving long enough to require more pulse generator changes and lead revisions, which are associated with a higher Infection ,10 In addition, there has been an increase in comorbidities, such as diabetes and kidney disease, resulting in poor wound healing and diminished immune ,9,11,12 Expanding indications for CIED use, coupled with an ageing population with more comorbidities, mean this trend is likely to Better awareness and improved reporting of CIED infections may, however.

4 Help to decrease the higher complication rates noted in recent infections also impose a substantial financial burden resulting from prolonged hospital stays, long duration of antibiotic therapy, management of sepsis and complications, Device extraction and These infections typically cost at least $52,00013 and may exceed $100, This article will review strategies for management and prevention of CIED infections , including lead extraction and the use of an absorbable antibacterial Factors for Cardiac Implantable Electronic Device InfectionsRisk factors for CIED infections include patient factors such as medical comorbidities,15 renal failure,15 17 heart failure,16,18 diabetes,16,18 fever within AbstractThe incidence of Infection following implantation of Cardiac Implantable Electronic devices (CIEDs) is increasing at a faster rate than that of Device implantation.

5 Patients with a CIED Infection usually require hospitalisation and complete Device and lead removal. A significant proportion die from their Infection . Transvenous lead extraction (TLE) is associated with rare but serious complications including major vascular injury or Cardiac perforation. Operator experience and advances in lead extraction methods, including laser technology and rotational sheaths, have resulted in procedures having a low risk of complication and mortality. Strategies for preventing CIED infections include intravenous antibiotics and aseptic surgical techniques.

6 An additional method to reduce CIED Infection may be the use of antibacterial TYRX envelope. Data from non-randomised cohort studies have indicated that antibacterial envelope use can reduce the incidence of CIED Infection by more than 80 % in high-risk patients and a randomised clinical trial is Implantable Electronic Device infections , Implantable cardioverter-defibrillators, antibacterial envelope, pacemaker, transvenous lead extractionDisclosure: Professor Tarakji has received speaker fees and consulting honoraria from Medtronic, Professor Ellis has received advisory board/consultant fees from Atricure, SentreHeart, Boston Scientific, Medtronic and Spetranetics, and research grants from Medtronic, Atricure, Boston Scientific, Thoratec and HeartWare.

9 19 The presence of multiple leads increases the risk of central venous thrombosis in the area of the leads and is a potential site of secondary seeding of Procedure-related factors include procedure time, temporary pacemaker use prior to implantation, early re-intervention and postoperative haematoma at the Device pocket ICD replacement is associated with a greater incidence of pocket-related events, and the need for re-intervention increases with every consecutive A registry study found that PPM and ICD generator replacements were associated with a substantial complication risk, particularly those with lead A study of 122 ICD patients undergoing generator replacement or surgical lead revision between January 2006 and July 2008 found that one-third of patients had an asymptomatic bacterial colonisation of the generator pocket.

10 After revision, % of these patients developed a Device Infection over 108 73 days with the same species of , these risk factors have mostly been derived from small, single-centre studies. There is a need for larger, more representative studies to identify the most important factors that are responsible for the development of CIED Infection . There is no consensus definition of patients at high risk of CIED Infection ; a composite risk score has been proposed,23 but definitions of high-risk patients vary across , Presentation and Diagnosis of Cardiac Implantable El 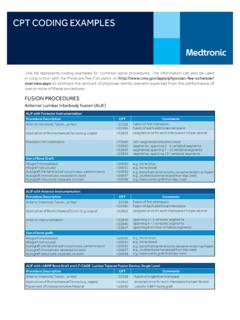 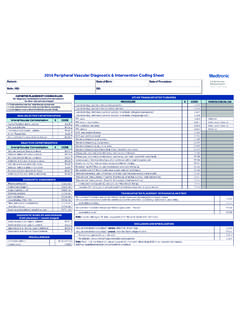 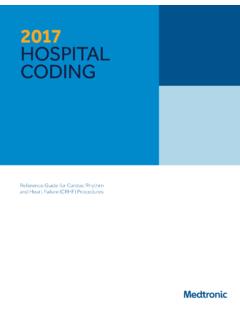 Medtronic Product HCPCS and Outpatient Category C-Codes The following is a list of Medtronic Neurological products grouped by type of therapy. This information will be helpful when providing patient care in the hospital 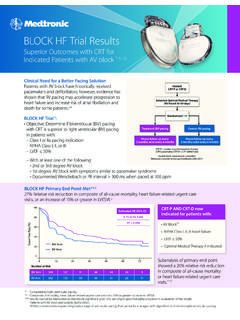 Recommendations for Infection Control for the …

INTRODUCTION The Centers for Disease Control and Prevention and other interested groups have published infection control recommendations for both nosocomial and occupationally acquired infections.

1 8/31/2011 Guidance to Providers: Testing for C. difficile Infection . The diagnosis of Clostridium difficile infection (CDI) requires the detection of bacterial toxin and/or antigens in the stool. Newer diagnostic tests for CDI …

Association for Professionals in Infection Control … 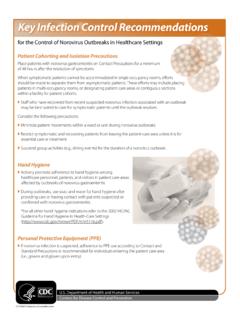