Chapter Four SOLUTIONS MOST NEEDED. T he United Nations Millennium Declaration aims to promote development and eliminate poverty nationally and globally. A major goal is to halve, by the year 2015, the number of people who earn less than a dollar a day, who suffer from hunger and have no access to affordable, safe drinking-water. Providing access to better water for more than 1 billion people cannot be done overnight. Waiting for the "big solution" while ignoring the immediate priorities of the most needy makes no sense. There are many small-scale, cost-effective intermediate actions which can be taken to great effect.

people collect water from public sources. Under this system, secondary pollution by consumers may occur which can be eliminated by the solar water-disinfection method

1 Chapter Four SOLUTIONS MOST NEEDED. T he United Nations Millennium Declaration aims to promote development and eliminate poverty nationally and globally. A major goal is to halve, by the year 2015, the number of people who earn less than a dollar a day, who suffer from hunger and have no access to affordable, safe drinking-water. Providing access to better water for more than 1 billion people cannot be done overnight. Waiting for the "big solution" while ignoring the immediate priorities of the most needy makes no sense. There are many small-scale, cost-effective intermediate actions which can be taken to great effect.

2 Easy, low-cost methods for improving health do exist and can be applied collectively or individually. Water can be purified by means of chlorination and solar-thermal techniques. People can stay healthy by simply washing their hands with soap and water. Government policies can support local initiatives. CHLORINATED WATER. Chlorination is a proven means of ridding water of disease causing micro-organisms in piped water supply. But the prevailing wisdom is that chlorinated water should be dealt with after basic water supply and sanitation are in place. Research carried out by scientists at the Centers for Disease Control and Prevention in Atlanta, Georgia, in the United States of America and the Pan American Health 21.

3 Organization looked at how chlorinated water can be provided to poor households through a simple, low-cost treatment and secure storage method. "One of the findings we've made is that improving water quality alone does work RAIN HARVESTING IN THE MALDIVES. and we can do this without improving sanitation," says Mark Sobsey, Professor of The Maldives adopted a national control programme using Environmental Microbiology at the University of North Carolina, Chapel Hill, USA. chlorination in wells and oral rehydration salts for the treatment of diarrhoea, as well as use of rainwater for "What we now know is that even in conditions of very poor sanitation and hygiene drinking.

4 20 years later all the islands in the country are self- where people are collecting whatever water is available to use as household water sufficient with their own community rainwater collection supply, if the water is chlorinated, the water is improved microbiologically and you can system tanks. Deaths due to diarrhoea are now a thing of the past. find statistically significant decreases in diarrhoeal disease.". SODIS: SOLAR WATER DISINFECTION. "SODIS is a nearly cost-free system because sunlight is free of charge. Nobody has to pay for it.". Martin Wegelin, Swiss Researcher. Sodis was pioneered in Lebanon in the 1980s.

5 It is a simple water-treatment method which uses the sun, throw-away plastic soft-drink bottles and a black surface. Further research was carried out and promoted by the Swiss Federal Institute for Environmental Science and technology on Sodis. Transparent bottles are filled with water and placed horizontally on a flat surface in sunlight for about five hours. The illness causing micro-organisms (pathogens) in the polluted water succumb to the killing effect of the ultraviolet light in the solar radiation. The process is enhanced when the solar water disinfection is combined with a "solar thermal water treatment" which makes use of the fact that the colour black absorbs light.

6 This is accomplished by painting the bottom half of the bottle black or placing it on black-painted corrugated iron or plastic sheets. Field studies have been conducted in Bolivia, Burkina Faso, China, Colombia, Indonesia, Lebanon, Morocco, Thailand and Togo. Testing shows the process works. Water quality can be improved through simple measures Anecdotal evidence has been gathered indicating that people have less diarrhoea. source: Supporters say SODIS even has advantages for conventional supply schemes where 22. people collect water from public sources. Under this system, secondary pollution by consumers may occur which can be eliminated by the solar water-disinfection method which takes place in a closed bottle.

7 CHANGING BEHAVIOUR. "Our research shows that washing hands with soap would probably save half of the deaths from diarrhoeal diseases,". suggests Valerie Curtis, Lecturer in Hygiene Promotion at the London School of Hygiene and Tropical Medicine. All it requires is soap and motivation.. But that's more easily said than done. Curtis participated in a major three-year study in India, the Netherlands, the United Kingdom and West Africa to learn what motivates good hygiene practices. The results are interesting and in many ways unexpected. The research finds that hygiene is a common value around the world.

8 Nobody likes dirt. But, people's hygienic practices have less to do with health than with social and aesthetic considerations. Mothers want to keep their babies clean because they believe it is a loving, caring thing to do and will make their babies socially acceptable. One Indian mother explains "If my child is dirty, no one will hold him in their arms, no one will love him. And, so I keep my child clean.". There has to be a rethinking of the traditional "scolding, moralistic" approach to hygiene, which hasn't worked. A number of studies show that people are turned off by dire warnings that they will face disease and death if they don't change, "their filthy ways".

9 For example, people in Brazil refused to collaborate in a cholera prevention program because they felt they were being accused of Using even small quantities of water effectively can improve hygiene and health. being "filthy dogs". 23. Evidence is growing that positive messages are more successful than negative ones in producing behaviour change. A three-year study in Bobo-Dioulasso (Burkina Faso) used positive messages to change old entrenched habits. At the end of that period, the people in the study had tripled their use of soap. Curtis says an evaluation of the intervention shows that the money spent on the programme and buying extra soap was less than what families and health agencies had been spending on treating childhood disease.

10 "There was actually a net saving on the overall programme.". Studies show that cases of diarrhoea were cut an average of 35% by the simple act of washing hands with soap and water. Getting people to change their habits represents a big task for health promoters. COMMUNITIES ORGANIZING AROUND WATER. Water which collects in and around houses can pose a serious risk of dengue outbreaks, the virus transmitted by Aedes mosquitos. These mosquitos, which breed in small, man-made water places such as tires and cans, can be eliminated through environmental management and organized community clean-ups. In certain settings, regulations and possibly fines can be used to rid the environment of these breeding-sites, Communities can be effective managers of their own water. 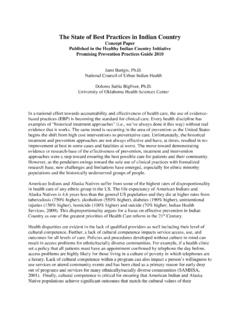 The State of Best Practices in Indian Country - … 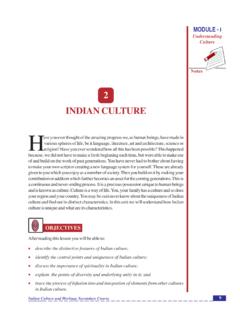 Indian Culture Notes Indian Culture and Heritage Secondary Course 9 MODULE - I Understanding Culture 2 INDIAN CULTURE H ave you ever thought of the amazing progress we, as human beings, have made in

Profile of the Indian Revenue Service 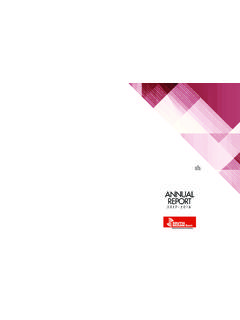