Combating Xenophobic and Bias-Motivated Violence 3 Reach out to communities affected by violence to reduce fear, assist victims, and improve reporting of incidents. International bodies, including U.N. agencies, can and should also take action to address xenophobic and other

3 Introduction .. 1 The Reality of Xenophobic Violence .. 3 The Impact on Protection and 4 State Obligations to Protect .. 5 Shortcomings in State 6 Underreporting: One Key Obstacle to Better State Responses .. 7 A Role for International Bodies .. 7 Best Practice Examples .. 10 Recommendations .. 13 Appendix I: Select Country Profiles .. 17 Appendix II: OSCE Ministerial Decision No. 9/09 on Combating Hate Crime .. 26 Appendix III: Memorandum of Understanding between ODIHR and UNHCR .. 28 Appendix IV: Human Rights First 's Ten-Point Plan for Combating Hate Crimes .. 30 32 protection of the Human Rights of refugees, asylum Combating Xenophobic seekers, internally displaced persons, stateless persons, Violence migrants, and other persons viewed as foreign. The Framework for Action sets out concrete recommendations for States which, on the basis of their international A Framework for Action obligations and other commitments, bear the primary responsibility for protecting all persons including non- nationals from Xenophobic or other bias-motivated Introduction Violence .

4 Recognizing the important and differing roles of agencies, intergovernmental organizations, and other Around the world, refugees, asylum seekers, migrants, international entities, the Framework also includes and others viewed as foreign have been the targets of recommendations for the United Nations High violent attacks. Xenophobic , racist, and other forms of Commissioner for Refugees (UNHCR), the Office of the bias-motivated Violence have a devastating and crippling High Commissioner for Human Rights (OHCHR), the effect on the targeted communities.* This global problem International Organization for Migration (IOM), the will only escalate if not effectively addressed. In this era of Organization for Security and Cooperation in Europe increased global migration, and during a time of economic (OSCE), and other bodies, according to their respective difficulties, those viewed as foreign are more vulnerable mandates and responsibilities.

5 Than ever, as they can be easy targets of blame and The contributing factors, triggers, and focus of anger for political, economic, and societal ills. xenophobia1 can vary from country to country, with racist Xenophobic and other bias-motivated Violence has sentiments a driving force in some countries, and religious affected refugees, asylum seekers, migrants, and others differences or economic factors sparking intolerance in in different corners of the globe. A brutal anti-immigrant others. What is common throughout is that the targets of mob attack in Athens, injuring dozens; sub-Saharan Xenophobic Violence are usually marginalized African migrants targeted during the recent conflict in communities that are often viewed as foreign, while the Libya; threats of anti-immigrant Violence in the run-up to perpetrators of such Violence often act with relative the 2010 World Cup in South Africa, recalling the 2008 impunity.

6 Wave of Violence there; migrant workers from Central Asia In one serious and extreme manifestation of intolerance, assaulted in broad daylight on the busy Moscow subway;. xenophobia can be a motivating factor behind violent and racist harassment and Violence against Haitians and attacks on individuals and property. Xenophobic and other stateless persons of Haitian descent continues in the bias-motivated Violence (in many countries referred to as Dominican Republic these are just a few examples that hate crime ) is a pernicious form of discrimination in have garnered domestic and international attention. which individuals are targeted because of their race, This Framework for Action builds upon reporting and national or ethnic origin, religion, sexual orientation, advocacy that Human Rights First has conducted since gender, gender identity, disability, or other similar status.

7 2002 as part of its efforts to combat all forms of bias- Refugees, asylum seekers, stateless persons, displaced motivated Violence across the globe. This document persons, and migrants are particularly vulnerable to such outlines some of the serious challenges that Xenophobic forms of Violence as they are often distinguished by their and other bias-motivated Violence presents to the * . Xenophobic Violence is one common form of bias-motivated Violence to The Organization for Security and Cooperation in Europe's Office for which refugees, asylum seekers, and migrants fall victim. They may also Democracy and Human Rights (ODIHR) defines hate crime as: be victims of related forms of bias-motivated Violence , such as those (a) any criminal offence, including offences against persons or property, which are motivated by race, religion, sexual orientation or gender where the victim, premises, or target of the offence is selected because identity.

8 In fact, different forms of bias such as a person's of a real or perceived connection, attachment, affiliation, support, or foreignness, race, ethnicity, national origin, and/or religion can be membership of a group as defined in part B. deeply intertwined and difficult if not impossible to separate out from one (b) A group may be based upon a characteristic common to its members, another. It is partly for this reason that Xenophobic Violence can best be such as real or perceived race , national or ethnic origin, language, addressed as part of a comprehensive strategy that seeks to combat all color, religion, sex, age, mental or physical disability, sexual orientation, forms of bias-motivated Violence . or other similar factor. Combating Xenophobic and Bias-Motivated Violence 1. appearance, language, religion and customs, particularly stateless persons, and migrants without legal status may in largely homogenous societies.

9 Discrimination, be afraid to identify themselves to local government intolerance, and bias-motivated Violence are often causes authorities due to fear of deportation or mistrust of local of displacement and And, as the United Nations law enforcement authorities. High Commissioner for Refugees has stressed, States have the primary obligation to protect individuals . Refugees who flee intolerance at home are increasingly citizens and noncitizens, regardless of their legal status . finding more intolerance in the countries where they seek from discrimination by addressing Xenophobic and other protection. 3 Earlier this year, UNHCR expressed its forms of bias-motivated Violence . Several key international concern that racism and discrimination have become a treaties including the International Covenant on Civil and major protection challenge in many parts of the world, Political Rights (ICCPR), the International Convention on including in the region of North African and the Middle the Elimination of All Forms of Racial Discrimination East, where escalating Violence has particularly affected (ICERD), the 1951 Refugee Convention and the Outcome persons in need of international protection and has Document of the Durban Review Conference, outline generated forced displacement in some of these specific obligations and commitments of States to protect countries.

10 4. refugees, asylum seekers, migrants, and other persons of Xenophobic and other forms of bias-motivated Violence concern from discrimination and bias-motivated violent can contribute to a range of difficulties for refugees, acts. asylum seekers, stateless persons, migrants, and non- Some States are taking steps to address such violent acts nationals, and can deprive these individuals of basic as well as the climate of intolerance in which they occur. Human Rights protections. These populations are However, there is much more that States can and should particularly vulnerable to bias-motivated Violence , as they do. Human Rights First has developed a comprehensive are often viewed as outsiders and may lack any kind of Ten-Point Plan for Combating Hate Crime, based on formal, permanent, or even temporary legal status. 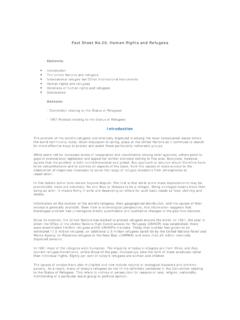 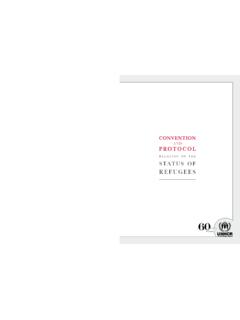 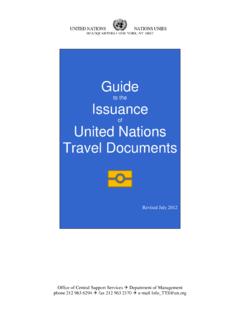 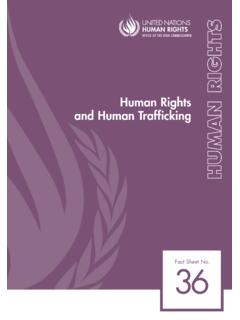 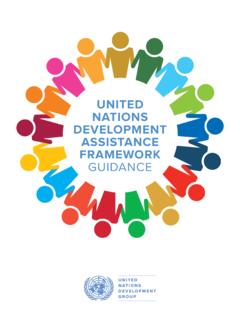 4 UNHCR NEEDS ASSESSMENT HANDBOOK 1 The Grand Bargain: A Shared Commitment to Better Serve People in Need, Istanbul (Turkey), 23 May 2016. 2 With regard to needs assessments (Commitment 5), the Grand Bargain also stipulates that the signatories must

Acknowledgments. This revised UNHCR Resettlement Handbook is the product of close consultation and collaboration among UNHCR staff and resettlement partners.