2 To make this easier, remember the acronym FANBOYS. Each letter stands for a different conjunction. Here is a list of the fanboys and the relationship that each establishes between two Sentences . Coordinating Conjunctions Examples For shows reason. I like to read mystery novels, for I love suspense. And shows addition. She goes to the beach, and she takes her dog. Nor adds a negative. I don't like garlic, nor do I like onions. (Note that the verb is placed before the subject in the second sentence). But shows opposition. He won't get into the concert, but he can try. Or shows an alternative. I will take my kids to a movie, or I will stay home. Yet shows exception. I want to lose weight, yet I eat chocolate daily. So shows a result. I will study the fanboys, so I can use them well.

3 Practice Using Coordinating Conjunctions Read the following explanation of critical thinking. Then complete the exercise below. What is Critical Thinking? 1. Can you evaluate what you read and justify what you believe? If so, you are thinking critically. Deliberating in a purposeful, organized manner in order to assess the value of information, both old and new, is critical thinking. Critical readers and thinkers .. do not accept the idea that If it's in print, it must be true. They do not immediately accept the thinking of others. Rather, they think for themselves, analyze different aspects of written material in their search for truth, and then decide how accurate and relevant the printed words are. Critical thinkers build on previous knowledge.. to forge new relationships.

4 They recognize both sides of an issue and evaluate the reasons and evidence in support of each. Overcome Barriers to Critical Thinking Allow yourself to think critically, to be challenged, and to change. Recognize and avoid the following barriers to your own critical thinking: 1. Existing Beliefs Do you refuse to consider or immediately reject ideas outside of your belief system? We are culturally conditioned to resist change and feel that our own way is best. 2. Wishful Thinking Do you talk yourself into believing things that you know are not true because you want them to be true? At times we engage in self-denial. 3. Hasty Moral Judgments Do you tend to evaluate someone or something as good or bad, right or wrong, and remain fixed in this thinking? 4. Reliance on Authority Do you think for yourself?

5 Many people let the government, the church, doctors, religious leaders, and teachers do their thinking for them. 5. Labels Do you ignore individual differences and lump people and things into categories? Labels oversimplify, distort the truth, stereotype, and usually incite anger and rejection. Exercise Each sentence below is followed by a coordinating conjunction. Add an independent clause that would make sense, keeping in mind the relationship between clauses. 1. Samuel seldom thinks for himself, so _____. 2. I don't believe everything I read, for _____. 3. My mother follows her horoscope, but _____. 4. The media often exaggerates events, and _____. 5. The teacher is not always right, nor _____. 6. I didn't like the first class, yet _____. 7. I can believe everything I hear, or _____.

6 8. I used to think all lawyers were greedy, but _____. 1. Taken from Smith, Brenda D. The Reader's Handbook. New York: Longman, 2001. 123-124. Method Two: Independent Clause + Semicolon (;) + Independent Clause This method may seem like a really easy way to combine two Sentences ; it is. In fact, you can use a semicolon the way you would use a period. The only difference is that with a semicolon, there should be an obvious connection between the two Sentences . In this method, you don't have a coordinating conjunction to establish the relationship between the two ideas; the connection must be so clear that it does not need to be stated. Unclear connection: Ms. Brown is a great teacher; I'm watching this film she mentioned. Connection clear: Ms. Brown is a great teacher; she has recommended this film to us.

7 Practice With Semicolons Here are some more Sentences about critical thinking. The Sentences have been fused together; they are missing semicolons. Insert a semicolon where needed to create correct Compound Sentences . 1. I don't think my father will ever become a critical thinker he is resistant to change. 2. Do not let gossip pollute your workplace stand up to those who spread rumors. 3. Even the newspaper is biased I will pay attention to the way they present the facts. 4. My friends from high school label everybody I am tired of their prejudice. 5. I will raise my kids to be critical thinkers it won't be easy. 6. I wrote a letter to The Sentinel I was angry at the way they stereotyped my race. 7. I am not always open to new information I find it hard to admit that I might be wrong.

8 Add to each sentence below with a semicolon and a sentence of your own. 1. My parents follow the Pope's teachings _____. 2. Susan does everything her boyfriend tells her _____. 3. I don't want to judge her _____. 4. I used to think that my parents knew everything _____. 5. I want to believe that our leaders are moral _____. 6. Not everything you read on the Internet is true _____. 7. That's your point of view _____. Method Three: Independent Clause + Semicolon + Conjunctive + Comma + Independent Clause Adverb Example: I am disgusted with your behavior; however, I will give you another chance. This is a more formal way of combining two independent clauses. The formality is created by the use of conjunctive adverbs. In the example above, however is the conjunctive adverb. It means the same thing as the coordinating conjunction but.

9 Many of the coordinating conjunctions have corresponding conjunctive adverbs that work well in writing for College , the workplace, and other formal occasions. Coordinating Conjunctions Corresponding Conjunctive Adverbs Furthermore Moreover AND In addition In fact Indeed However BUT or YET Nevertheless Nonetheless Consequently SO Therefore As a result Practice Using Conjunctive Adverbs Complete the student letter below by filling in the blanks with conjunctive adverbs. Dear Boss: I have had enough of your unfair treatment; _____, I have decided to leave your employment. I am giving you my two weeks notice; _____, I will not return to work after February 8th. I am tempted to write to your superiors about your behavior;. _____, I do not want to waste any more time thinking about you.

10 I will be back to pick up my final paycheck on February 9th; _____, please have my profit sharing bonus ready at that time. Yours truly.

Regular and Irregular Verbs Luckily for us, most verbs in English are regular verbs.This means that we can be confident with the forms they take because they follow a predictable pattern. 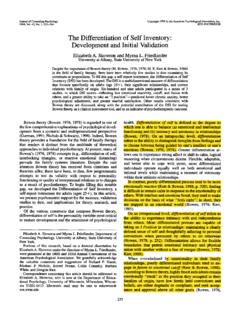 The Differentiation of Self Inventory: Development …

236 SKOWRON AND FRIEDLANDER 1978). Emotional cutoff is personified by the reactive emotional distancer, who appears aloof and isolated from others, tends to deny the importance of family, often boasts 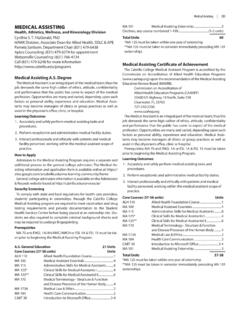 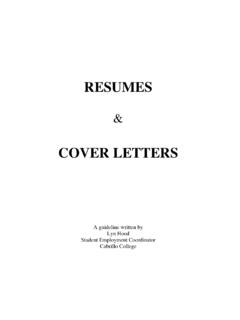 RESUMES A resume is one of the most important tools of job seeking. The resume and the cover letter are what get you in the door to the employment interview. 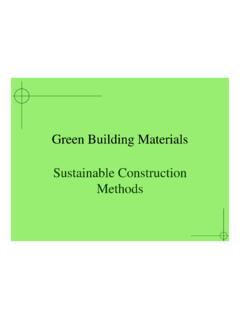 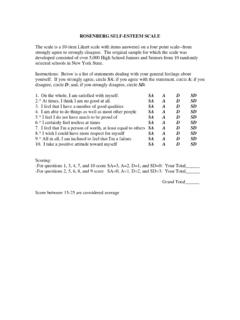 ROSENBERG SELF-ESTEEM SCALE . The scale is a 10-item Likert scale with items answered on a four point scale--from strongly agree to strongly disagree.

E. The Endocrine (hormone) System- Located in the body are eight major . endocrine or hormone producing glands. Hormones are transported in the extra cellular fluids to all parts of the body to help regulate functioning. 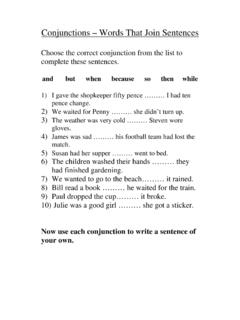 Conjunction s – Words That Join Sentences Choose the correct conjunction from the list to complete these sentences. and but when because so then while

The Blue Book of Grammar and Punctuation

Contents v Lay vs. lie Their vs. there vs. they’re Hundreds more confusing words and homonyms 3 Punctuation 52 Spacing with Punctuation 52 Periods 52 With complete sentences With indirect questions 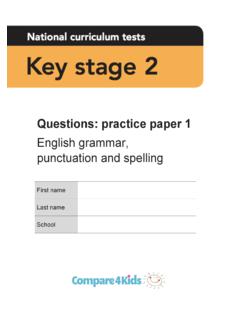 5!! 3. Circle the relative pronouns in the sentences below. Lord Martin, who is 68, has just retired. This is Daniel, whose brother went to school with me. ! 4. Put a tick in the box next to the sentence that uses the correct plural. Tick …

The A to Z of words - plainenglish.co.uk 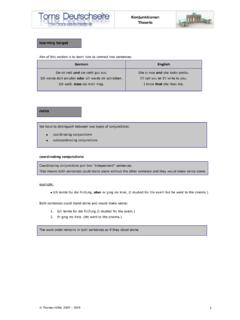 Konjunktionen Theorie © Thomas Höfler 2005 – 2009 1 learning target Aim of this section is to learn how to connect two sentences. German English 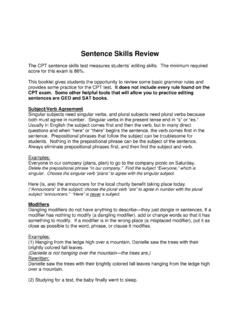 Sentence Skills Review The CPT sentence skills test measures students’ editing skills. The minimum required score for this exam is 86%. This booklet gives students the opportunity to review some basic grammar rules and 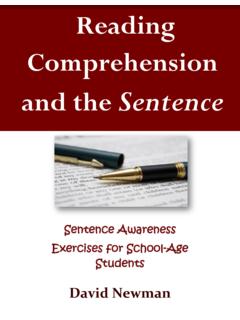 The Sentence in Reading Comprehension and the …