1T I P S H E E TS D C , C O P R E T, D E C E M B E R 2 0 0 5 Conflict Analysis TOOLSINTRODUCTIONThis Conflict Analysis Tip Sheet1 summarizes seven Tools that can be used to assess different character-istics of a Conflict in a structured way. It focuses our attention on particular aspects of a Conflict , to bring order into a confused Conflict perception. Conflict Analysis is not an objective art. It is influenced by different world-views. The Harvard Approach, the Human Needs Theory and the Conflict Transforma-tion approach are frequently used: 1.

1 1T I P S H E E TS D C , C O P R E T, D E C E M B E R 2 0 0 5 Conflict Analysis TOOLSINTRODUCTIONThis Conflict Analysis Tip Sheet1 summarizes seven Tools that can be used to assess different character-istics of a Conflict in a structured way. It focuses our attention on particular aspects of a Conflict , to bring order into a confused Conflict perception. Conflict Analysis is not an objective art. It is influenced by different world-views. The Harvard Approach, the Human Needs Theory and the Conflict Transforma-tion approach are frequently used: 1.

2 The Harvard Approach2 emphases the differ-ence between positions (what people say they want) and interests (why people want what they say they want). It argues that conflicts can be resolved when actors focus on interests instead of positions, and when they develop jointly accepted criteria to deal with these differences. 2. The Human Needs Theory3 argues that con-flicts are caused by basic universal human needs that are not satisfied. The needs should to be analyzed, communicated and satisfied for the Conflict to be The Conflict Transformation4 approach sees conflicts as destructive or constructive interac-tions, depending on how conflicts are dealt with or transformed.

3 conflicts are viewed as an interaction of energies. Emphasis is given on the different perceptions, and the social and cultural context in which reality is constructed. Construc-tive Conflict transformation seeks to empower actors and support recognition between them. Key Messages A Conflict can be understood as an incompatible interaction between at least two actors, whereby one of the actors experiences damage, and the other actor causes this damage intentionally, or ignores it. Conflict Analysis can support orientation for future action.

4 conflicts are dynamic systems. Any intervention becomes part of the system and should focus on supporting the creative, positive energies, in the system or related to the system. Conflict Analysis can be used individually or in a participatory manner in a group. The Analysis does not lead to an objective understanding of the Conflict . Rather it makes one s subjective perceptions transparent. This way they can be reflected on and clearer communi-cated. Conflict Analysis can entail: 1) verifying if one is dealing with a Conflict , 2) determining the Conflict system boundaries, with the option of revising these later on, 3) using Conflict Analysis Tools (presented below) to focus on certain aspects of the Conflict and organize we have decided that the situation we are dealing with is a Conflict , we need to decide on the system boundaries.

5 What actors and factors do we want to focus on, which ones shall we leave out for the moment? One can focus on various systems . Every Conflict is a sub-system in a larger system its context (or super-system). A Conflict in one sub-sys-tem may only be a symptom of a Conflict located in the context of a larger system. Domestic violence, for example, may be part of a Conflict between two land-use systems, which is embedded in an ethno-political Conflict in one country, which in its turn is affected by different international policies dealing 5.

6 INMEDIO s Conflict Perspective Analysis (CPA): The Conflict Perspective Analysis (CPA) focuses on the different perspectives of the various par-ties. By putting them side by side, one can see where there are differences and things in com-mon. CPA follows the phases of a mediation. It is a good preparation for a mediation, can also be used to coach one Conflict party. CPA does not look explicitly at structures or context. 6. Needs-Fears Mapping: Similar to the CPA, this method focuses on actors and their issues, inter-ests, needs, fears, means and options.

7 It allows for a clear comparison of actors similarities and differences in the form of a Multi-Causal Role Model: This model focuses on causation, on the different quality of reasons, triggers, channels, catalysts, and targets. Con-tent and actors, dynamics and structures are also considered. SUMMARY OF Conflict Analysis TOOLS1. Conflict Wheel: Introduces six important dimen-sions of Conflict Analysis (dynamics, actors, cau-sation, structures, issues and options/strategies). It organizes the other Conflict Analysis Tools and is a meta tool.

8 2. Conflict Tree: The Conflict tree deals with the dif-ference between structural and dynamic fac-tors, visualizing how Conflict issues link these two aspects. 3. Conflict Mapping: The Conflict mapping focuses on actors and their interrelationships. It is a good tool to start analyzing a Conflict . Power asymme-try can be represented by the relative size of the actors circles. Animosity and alliances are sym-bolized with lines. 4. Glasl s Escalation Model: The model aims to fit our Conflict intervention strategy to the Conflict parties escalation level.

9 The message is that it may be pointless to talk to a suicide bomber, or shoot people who are shouting at each TO USE THE Conflict Analysis TOOLSAll the Conflict Analysis Tools are structured in the same way: 1) description of the tool, 2) aim of the tool, and 3) step by step instructions on how to use the tool. The Tools can be categorized accord-ing to their focus on dynamics, actors, causation, structures, issues and options/strategies. The Con-flict Wheel summarizes all the Tools and helps you decide which tool to use for which economic trade.

10 A Conflict is often enacted at a system s weakest point, not necessarily where it is caused. Thus whenever analyzing conflicts , we must consider the system boundaries we have set, and reflect on how they relate to the environment the Conflict is embedded in. Depending on where we set the boundaries, the Conflict will present itself dif-ferently. The boundaries have to be revised period-ically, to make sure we are working where we have the best leverage. After setting the Conflict system boundaries, we can use one or more of the follow-ing Tools to deepen our insight onto various aspects of the I P S H E E TS D C , C O P R E T, D E C E M B E R 2 0 0 5 Conflict Analysis TOOLSTOOL 1: THE Conflict WHEELD escription: The confl ict wheel is a meta confl ict Analysis tool, introducing the others Tools . 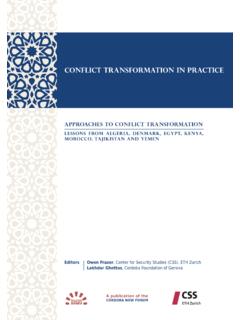 THE FuTurE oF CoNvENTioNal armS CoNTrol iN EuroPE Past simple: regular and irregular verbs. Exercises A. Complete the sentences. Ejemplo: I didn´t watch TV last night. 1. On Saturday I _____ (play) computer games with 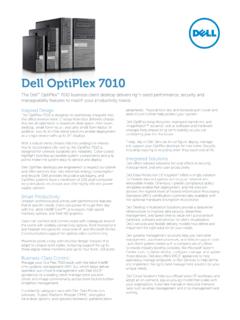 Inspired Design The OptiPlex 7010 is designed to seamlessly integrate into the office environment. Choose from four different chassis that are all optimized to maximize desk space: mini-tower, 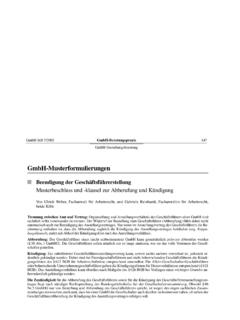 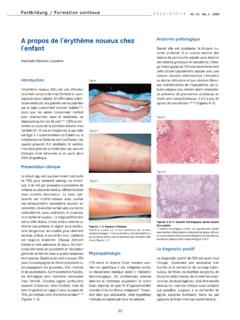