4 CPOs are responsible for knowing and History and traditions exert a profound influence upon passing along this information human behavior. The effect is particularly marked in professional organizations such as the military which - History and traditions influence behavior because of imposed discipline - lends itself to passing on and perpetuating venerated customs, heroic traditions, and dignified ceremonies. Naval history is a continuum of success, and its customs, traditions, and memory of past heroes help today's Sailor identify with the Navy's Core Values. Traditions bind us to the past and, at the same time, lend an air of dignity and respect to the modern Navy. chief petty officer Indoctrination 1-3. DISCUSSION POINT RELATED INSTRUCTOR ACTIVITY. 3. Pre-revolutionary War to end of Civil War 3. Display TP 1-5, Pre-Revolutionary War to End of Civil War.

6 This is stated in the Navy Regulations from that time frame. chief petty officer Indoctrination 1-4. DISCUSSION POINT RELATED INSTRUCTOR ACTIVITY. The Master-at-Arms will be the chief petty officer of the ship in which he shall serve. All orders from him in regard to the police of the vessel, the preservation of order, and obedience to regulations must be obeyed by all petty Officers and others of the crew. But he shall have no right to succession in command, and shall exercise no authority in matters not specified above. c. Special set of values c. Question: What distinction is made between the early use of the term chief petty officer and leadership It is evident that even in the earliest reference of the ability? use of the term chief petty officer that a heightened sense of responsibility and trust was Evidence of sound leadership and a sense of good expected of the individuals who held the title.

7 So it is values based on the trust and responsibility of the easy to see that they had earned this trust by their position. sense of good values and demonstration of sound leadership. chief petty officer Indoctrination 1-5. DISCUSSION POINT RELATED INSTRUCTOR ACTIVITY. 4. Civil War through World War I 4. Display TP 1-6, Civil War World War I. Question: When did the Navy divide job descriptions into rates? 1885. a. Division into rates a. Question: Were the rates mentioned in the Navy Regulations of 1885 as Chiefs actually chief petty In 1885 the dividing of enlisted men into rates from Officers? Seaman to First Class petty officer occurred. When looking at Navy Regulations Circular No. 41 (Table No, they were first Class petty Officers. Their 1-1), you will see that the petty officer First Class titles were associated with assignment of duties, category carried chief Boatswains Mates, chief not a separate pay grade.

9 Chevrons, an eagle and three arcs (rockers). It was minutes). the basis for today's CPO chevron which has a single rocker and became official in 1894. Question: How was the Fouled Anchor first used with the chief petty officer 's uniform? The Fouled Anchor was first used as a cap device with the chief petty officer uniform in 1905. In 1905 the Fouled Anchor was used as a CPO. cap device. chief petty officer Indoctrination 1-7. DISCUSSION POINT RELATED INSTRUCTOR ACTIVITY. d. The first women chief petty Officers d. Question: Who may be considered the first female chief ? Later during World War I the Secretary of the Navy authorized the enlistment of women in the Navy. chief Yeoman Loretta P. Walsh They were given the designation, Yeoman (F) and came to be called, Yeomanettes. Loretta Perfectus Walsh may be the first Yeoman (F).

10 She was sworn in on 21 March 1917 as a chief Yeoman. e. First woman's uniform The first enlisted woman's uniform was comprised of a single breasted coat, blue in winter and white in summer, long gull bottomed skirts and a straight- brimmed Sailor hat, blue felt in winter and white straw. f. The first CPOs awarded the Medal of Honor f. Discussion: Although the Navy's Core Values will be discussed in depth in a later topic of this course, The Navy and Marine Corps' Medal of Honor is our discuss how reflecting on the Medal of Honor awards country's oldest and continuously awarded of past CPOs can help us understand the Navy's Core decoration. From the beginning, CPOs exemplified Values. the values and true dedication to duty that characterizes the chief petty officer today. (answers will vary). chief petty officer Indoctrination 1-8. 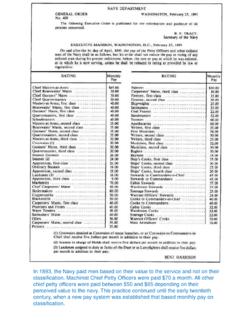 In 1893, the Navy paid men based on their value to the service and not on their classification. Machinist Chief Petty Officers were paid $70 a month.

A Tradition of Change - Welcome to the Goatlocker

mouth. Many articles have been written based on those stories. This paper is an attempt to document, with facts, how chief petty officer initiations have

Retirement Ceremony - Welcome to the Goatlocker

The Watch Retirement Ceremony - Welcome to the … 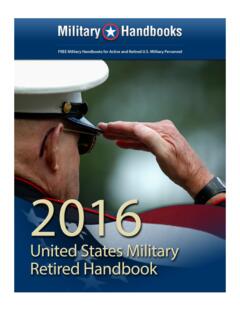 i REPORT DOCUMENTATION PAGE Form Approved OMB No. 0704-0188 Public reporting burden for this collection of information is estimated to average 1 hour per response, including the time for reviewing instruction, 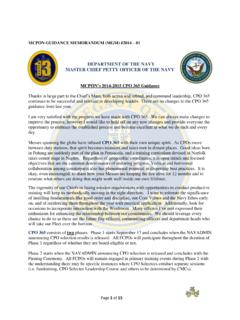 DEPARTMENT OF THE NAVY MASTER CHIEF … 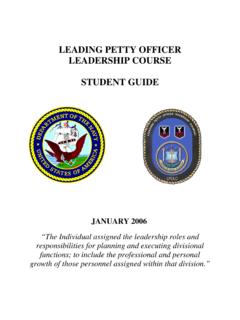 DEPARTMENT OF THE NAVY MASTER CHIEF …

DEPARTMENT OF THE NAVY MASTER CHIEF PETTY OFFICER OF THE NAVY MCPON’s 2011-2012 CPO 365/Induction Guidance (ANCHOR UP!) U.S. Navy Chief Petty Officers around the world, our first year of CPO 365 is officially in the 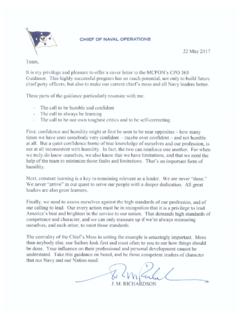 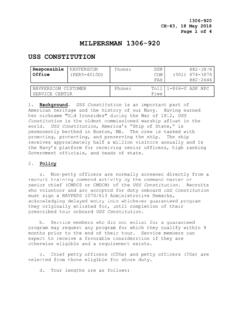 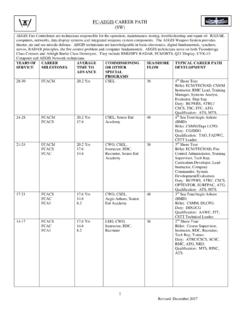