4 Reaffirming their profound belief in those fundamental freedoms which are the foundation of justice and peace in the world and are best maintained on the one hand by an effective political democracy and on the other by a common understanding and observance of the Human Rights upon which they depend;. Being resolved, as the governments of European countries which are like-minded and have a common heritage of political traditions, ideals, freedom and the rule of law, to take the first steps for the collective enforcement of certain of the Rights stated in the Universal Declaration, Have agreed as follows: 5. ARTICLE 1 ARTICLE 4. Obligation to respect Human Rights Prohibition of slavery and forced labour The High Contracting Parties shall secure to everyone within their 1.

5 No one shall be held in slavery or servitude. jurisdiction the Rights and freedoms defined in Section I of this 2. No one shall be required to perform forced or compulsory Convention . labour. 3. For the purpose of this Article the term forced or compulsory labour shall not include: SECTION I. (a) any work required to be done in the ordinary course of Rights AND FREEDOMS. detention imposed according to the provisions of Article 5. of this Convention or during conditional release from ARTICLE 2. such detention;. Right to life (b) any service of a military character or, in case of 1. Everyone's right to life shall be protected by law. No one conscientious objectors in countries where they are shall be deprived of his life intentionally save in the execution of recognised, service exacted instead of compulsory a sentence of a court following his conviction of a crime for which military service.

6 This penalty is provided by law. (c) any service exacted in case of an emergency or calamity 2. Deprivation of life shall not be regarded as inflicted in threatening the life or well-being of the community;. contravention of this Article when it results from the use of force (d) any work or service which forms part of normal civic which is no more than absolutely necessary: obligations. (a) in defence of any person from unlawful violence;. (b) in order to effect a lawful arrest or to prevent the escape ARTICLE 5. of a person lawfully detained; Right to liberty and security (c) in action lawfully taken for the purpose of quelling a riot 1. Everyone has the right to liberty and security of person. No or insurrection. one shall be deprived of his liberty save in the following cases and in accordance with a procedure prescribed by law: ARTICLE 3.

7 (a) the lawful detention of a person after conviction by a Prohibition of torture competent court;. (b) the lawful arrest or detention of a person for non- No one shall be subjected to torture or to inhuman or degrading compliance with the lawful order of a court or in order to treatment or punishment. secure the fulfilment of any obligation prescribed by law;. 6 7. (c) the lawful arrest or detention of a person effected for ARTICLE 6. the purpose of bringing him before the competent legal authority on reasonable suspicion of having committed Right to a fair trial an offence or when it is reasonably considered necessary 1. In the determination of his civil Rights and obligations or of to prevent his committing an offence or fleeing after any criminal charge against him, everyone is entitled to a fair having done so; and public hearing within a reasonable time by an independent (d) the detention of a minor by lawful order for the purpose and impartial tribunal established by law.

8 Judgment shall be of educational supervision or his lawful detention for pronounced publicly but the press and public may be excluded the purpose of bringing him before the competent legal from all or part of the trial in the interests of morals, public order authority; or national security in a democratic society, where the interests of juveniles or the protection of the private life of the parties so (e) the lawful detention of persons for the prevention of the require, or to the extent strictly necessary in the opinion of the spreading of infectious diseases, of persons of unsound court in special circumstances where publicity would prejudice the mind, alcoholics or drug addicts or vagrants;. interests of justice. (f) the lawful arrest or detention of a person to prevent his 2.

9 Everyone charged with a criminal offence shall be presumed effecting an unauthorised entry into the country or of a innocent until proved guilty according to law. person against whom action is being taken with a view to deportation or extradition. 3. Everyone charged with a criminal offence has the following minimum Rights : 2. Everyone who is arrested shall be informed promptly, in a language which he understands, of the reasons for his arrest and (a) to be informed promptly, in a language which he of any charge against him. understands and in detail, of the nature and cause of the accusation against him;. 3. Everyone arrested or detained in accordance with the provisions of paragraph 1 (c) of this Article shall be brought (b) to have adequate time and facilities for the preparation of promptly before a judge or other officer authorised by law to his defence.

10 Exercise judicial power and shall be entitled to trial within a (c) to defend himself in person or through legal assistance of reasonable time or to release pending trial. Release may be his own choosing or, if he has not sufficient means to pay conditioned by guarantees to appear for trial. for legal assistance, to be given it free when the interests 4. Everyone who is deprived of his liberty by arrest or detention of justice so require;. shall be entitled to take proceedings by which the lawfulness of (d) to examine or have examined witnesses against him and his detention shall be decided speedily by a court and his release to obtain the attendance and examination of witnesses on ordered if the detention is not lawful. his behalf under the same conditions as witnesses against 5. 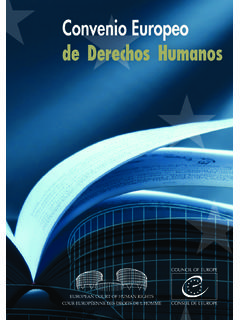 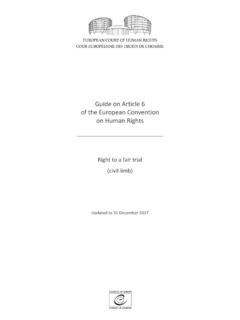 on Human Rights of the European Convention ... - …

Guide on Article 6 of the Convention – Right to a fair trial (civil limb) European Court of Human Rights 2/84 Last update: 31.12.2017 Publishers or organisations wishing to translate and/or reproduce all or part of this report in 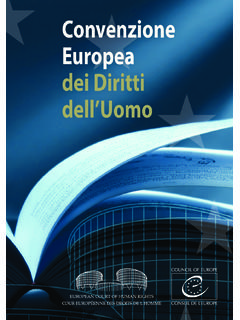 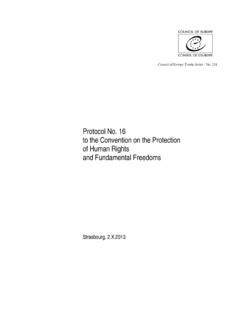 Protocol No. 16 to the Convention - Council of Europe 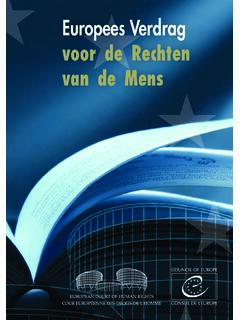 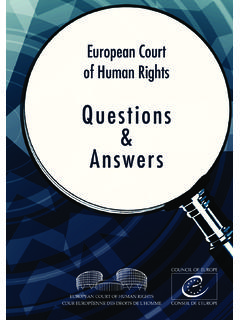