Imagine what this world would be like - Saddleback College

Imagine what this world would be like without words. No school books to read ..no compositions to write .no speeches to make.. But also no television, no football games . In fact, there would be no civilization as we know it whatsoever. For practically everything we do in life is dependent upon words. We'd be in a pretty awkward fix without them.. Because our words are so essential and because we hear thousands of them every day . It's easy to take them for granted. They've always been there . and always will be, right? . Wrong. Modern English basic English as we know it has been in existence for only about five hundred years, and during those years thousands of words have been discarded or gone out of use ..and thousands more have made their appearance. Words like cell phone, . snowboard, microwave.. And if we could automatically project ourselves five hundred years into the future, we might very well find that we could hardly understand the conversations or read the news blogs of the day.

Imagine what this world would be like without words. No school books to read…..no compositions to write….no speeches to make.

What, School, World, This, Would, Imagine, Imagine what this world would

1 Imagine what this world would be like without words. No school books to read ..no compositions to write .no speeches to make.. But also no television, no football games . In fact, there would be no civilization as we know it whatsoever. For practically everything we do in life is dependent upon words. We'd be in a pretty awkward fix without them.. Because our words are so essential and because we hear thousands of them every day . It's easy to take them for granted. They've always been there . and always will be, right? . Wrong. Modern English basic English as we know it has been in existence for only about five hundred years, and during those years thousands of words have been discarded or gone out of use ..and thousands more have made their appearance. Words like cell phone, . snowboard, microwave.. And if we could automatically project ourselves five hundred years into the future, we might very well find that we could hardly understand the conversations or read the news blogs of the day.

2 Language is constantly changing.. Certainly one of the most fascinating ways to get a real hold on language and to find out what words are all about is to study their origins.. Take the word, sandwich, for instance. Obviously everyone knows what a sandwich is ..but how many people know that this lunch classic was named after John Montagu, fourth Earl of the town of Sandwich- a gambler who was once too busy with his game to take time out for dinner, so he satisfied his hunger with slabs of cold roast beef between slices of bread? DIS ASTER. NOT ASTRON. STAR. Or look at the word disaster. The first part, dis-, is a Latin prefix meaning not, or contrary. The second part, aster, comes from the Greek word, astron, which means, star.. So disaster literally means contrary to the stars. An interesting find for astrology buffs. Incidentally, the root word astron has also given us astrology, astronomy as well as asterisk which literally means little star **.

3 Etymology . this study of word origins is etymology. The word etymology . has an interesting origin itself. ETYMOS LOGOS. True Meaning Study or Science The first part, etymo, derives from the Greek word, etymos, which means true meaning.. The second part, L-O-G-Y, derives from the Greek logos, which means study of science. So etymology, literally, is the study of true meaning. When we see the . importance of etymology, and start looking up word origins ourselves, we begin to realize that we've found the key to a whole new understanding and appreciation of the English language.. We'll have a much better grasp of the things we read: magazines, textbooks, newspapers, novels.. Biology Psychology Neurology For instance, today, if you come across a word ending in L-O-G-Y, you'll know it means the study of something. And the first part of the word will give you a clue to what it's a study of.

4 As you continue to look up word origins, you'll find your vocabulary expanding. You'll find it much easier to express yourself in speaking . to say exactly what you mean in all situations, such as a job interview ..and you'll find it easier, and a lot more enjoyable, to write papers for classes or e-mails to friends.. The single most important tool for tracing the etymology of a word is your dictionary. As a rule, the larger the dictionary, the more help it can give you though even pocket dictionaries usually give some clue to word origins. We looked up the word benevolent on Merriam , and the entry looked like this . The last part which is underlined is the etymology of benevolent.. Definition of BENEVOLENT. 1 a: marked by or disposed to doing good <a benevolent donor>.. b: organized for the purpose of doing good <a benevolent society>.

5 2: marked by or suggestive of goodwill <benevolent smiles>. be nev o lent ly adverb be nev o lent ness noun Examples of BENEVOLENT. a gift from a benevolent donor He belonged to several benevolent societies and charitable organizations. Trees that size are like whales, sort of benevolent in their huge bulk Sebastian Junger, this Old House Grandfather sometimes turned on us like a rigged trap, and of course the benevolent gaze of the sage became the glare of the patriarch. Darryl Pinckney, High Cotton, 1992. They tore out the windows of the club's simple storefront and bricked them over and left two much smaller windows so that the look of the club changed from that of a benevolent neighborhood organization to that of a paramilitary one. The Talk of the Town ,New Yorker26 Feb. 1990. A Southern writer is allowed his eccentricities.

6 The prevailing attitude is a kind of benevolent neglect.. Walker Percy, Why I Live Where I Live, 1980, in Signposts in a Strange Land, 1991. Origin/Etymology of BENEVOLENT. Middle English, from Latin benevolent-, benevolens, from bene + volent-, volens, present participle of velle to wish. First Known Use: 15th century We can see here that benevolent is a Middle English word, which comes from the Latin word benevolens. this word, in turn, can be split into bene, or well, and volens, a form of velle, to wish. benediction benign benefit As you can see, once you've traced the etymology of the word, benevolent, you have a clue to the meaning of such words as benediction, benefit, benign, and so on. JUGGLE. JOGELEN. JOGLER. JOCULARI. Often we find that a particular word can be traced through more than one language. The word juggle, for instance, comes from the Middle English word jogelen, which comes from the Old French word jogler.

7 Which comes from the Latin word joculari, which means to jest.. The reason words can sometimes be traced through more than one foreign language is that, throughout the centuries, as people from different cultures came into contact with one another, they exchanged words and expressions. English is the world 's greatest borrower of words. Only 25% of our commonly used English words are Anglo-Saxon in origin .. The rest are Latin, Greek, French, Spanish, and so on. During the Anglo-Saxon period in England, the fifth to the eleventh centuries , the people spoke a language we call Old English. We would not recognize it as English today. Even during the Anglo-Saxon period, Old English borrowed words from the Danes, who occupied the northeast of England. Old English also borrowed from the Latin and Greek of the early Christian missionaries who came to convert the Anglo-Saxon tribes.

8 Then, with the Norman Conquest of 1066, William the conqueror brought to England a whole score of French words, many of which had themselves come from Latin, Greek or Germanic dialects similar to the Anglo- Saxon dialect.. The Renaissance, the fifteenth and sixteenth centuries, brought about another influx of words to the English tongue. Once again many of them were derived from the classical languages of Latin and Greek.. By the seventeenth century, having acquired the habit of borrowing, English- speaking people began to adopt words from all over the globe: Europe, the Orient, India, Africa. The borrowing continues today.. Because so many English words originated in Latin and Greek, we find that some knowledge of these languages is vital to understanding and speaking English well. PHIL ANTHROP IST. LOVE MANKIND ONE WHO.. For instance, take the word philanthropist.

9 The first part, or prefix of the word, phil, is a Greek word meaning love. The middle, or root, anthrop, comes from the Greek word anthropos, . meaning mankind. And the last part, the suffix -ist, is Greek for one who. Andrew Carnegie So a philanthropist is, literally, one who loves mankind.. Because Latin and Greek are the foundation of so many English words, every English-speaking person should learn by memory some of the most commonly used Latin and Greek prefixes and roots. Knowing the root dict, for instance, can give you the clue to the meaning of many words. It comes from the Latin word dicere, and means to say or speak.. It occurs in words like dictator and dictionary.. PREDICT.. It also occurs in predict.. Pre- means before in Latin .. so predict is to say before, or foretell. CONTRADICT.. It also occurs in contradict.

10 Contra- is Latin for against.. So contradict means to say against, or oppose. Or take the word hydrophobia. It contains a Greek prefix and a Greek root, both of which are fairly common in English. :Hydr- indicates water. Phobia . means fear of. Hydrophobia is a fear of water.. Hydr- indicates water. From this prefix we get the words hydroplane and hydrant, as well as many scientific words.. acrophobia Phobia means fear of. So hydrophobia means fear of water. You can probably think of other words ending in phobia.. coulrophobia They all mean fear of something. pyrophobia arachnophobia Especially helpful to an understanding of words is a knowledge of the combining forms of the Greek and Latin numbers, one through ten. this is just a brief glance.. English Latin Greek One uni- mono- Two du-, bi- di- Three tri- ter- tri- Four quadr(i) tetra Five quin(t) penta Six sex- hex- Seven sep- hept- Eight oct- oct- Nine nov-, non- enne- Ten dec- deca- The Latin word for one is unus. 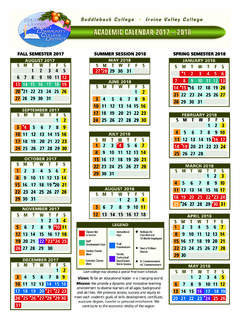 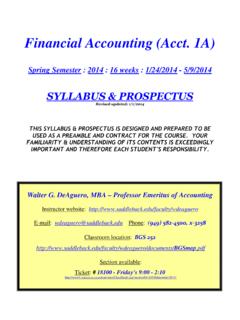 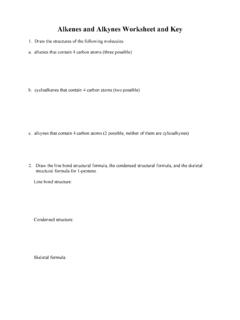 alkenes and alkynes worksheet and key02 25 10

Alkenes and Alkynes Worksheet and Key 1. Draw the structures of the following molecules: a. alkenes that contain 4 carbon atoms (three possible) 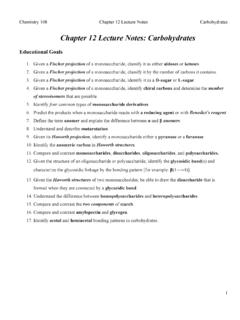 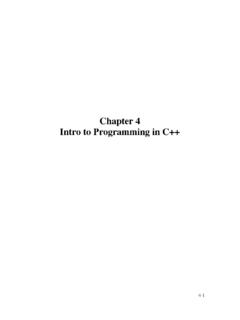 Computer programming is the process of implementing the ... into the output stream. These items are inserted using the insertion operator (<<). cin is used to 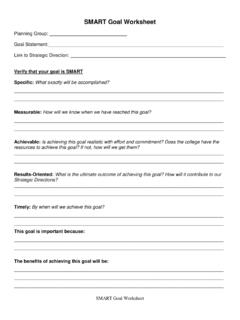 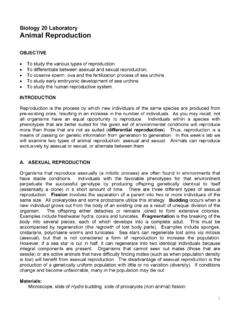 1 Biology 20 Laboratory Animal Reproduction OBJECTIVE • To study the various types of reproduction. • To differentiate between asexual and sexual reproduction. 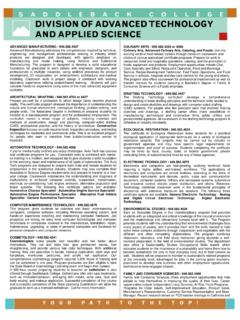 the U.S. Further coursework andcredentialing in FCS educat ion can lead to teaching. Consumer Services prepares students for entry into … 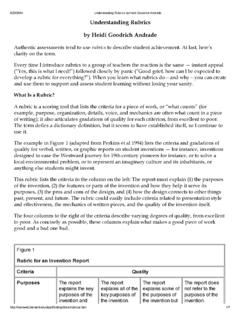 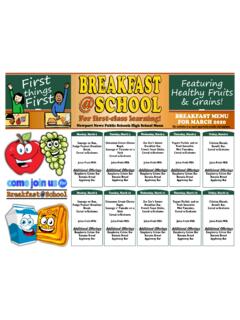