INTERNATIONAL ACADEMY. EDUCATIONAL PRACTICES SERIES 4. OF EDUCATION. INTERNATIONAL BUREAU. OF EDUCATION. Improving student achievement in mathematics By Douglas A. Grouws and Kristin J. Cebulla The International Academy of Education The International Academy of Education (IAE) is a not-for-profit scientific association that promotes educational research,its dis- semination, and the implementation of its implications. Found- ed in 1986, the Academy is dedicated to strengthening the con- tributions of research, solving critical educational problems throughout the world, and providing better communication among policy makers, researchers and practitioners. The seat of the Academy is at the Royal Academy of Science, Literature and Arts in Brussels, Belgium, and its co-ordinating centre is at Curtin University of Technology in Perth, Australia.

1 INTERNATIONAL ACADEMY. EDUCATIONAL PRACTICES SERIES 4. OF EDUCATION. INTERNATIONAL BUREAU. OF EDUCATION. Improving student achievement in mathematics By Douglas A. Grouws and Kristin J. Cebulla The International Academy of Education The International Academy of Education (IAE) is a not-for-profit scientific association that promotes educational research,its dis- semination, and the implementation of its implications. Found- ed in 1986, the Academy is dedicated to strengthening the con- tributions of research, solving critical educational problems throughout the world, and providing better communication among policy makers, researchers and practitioners. The seat of the Academy is at the Royal Academy of Science, Literature and Arts in Brussels, Belgium, and its co-ordinating centre is at Curtin University of Technology in Perth, Australia.

2 The general aim of the IAE is to foster scholarly excellence in all fields of education. Towards this end, the Academy provides timely syntheses of research-based evidence of international im- portance. The Academy also provides critiques of research, its evidentiary basis, and its application to policy. The current members of the Board of Directors of the Acad- emy are: Erik De Corte, University of Leuven, Belgium (President);. Herbert Walberg, University of Illinois at Chicago, United States of America (Vice-President);. Barry Fraser, Curtin University of Technology, Australia (Ex- ecutive Director);. Jacques Hallak, UNESCO, Paris, France;. Michael Kirst, Stanford University, United States of America;. Ulrich Teichler, University of Kassel, Germany.

3 Margaret Wang, Temple University, United States of America. 2. Preface This booklet has been adapted for inclusion in the Educational Practices Series developed by the International Academy of Education (IAE) and distributed by the International Bureau of Education (IBE) and the Academy. As part of its mission, the Academy provides timely syntheses of research on educational top- ics of international importance. This booklet is the fourth in the series on educational practices that generally improve learning. The material was originally prepared for the Handbook of research on Improving student achievement , edited by Gordon Cawelti and published in a second edition in 1999 by the Educational Research Service (ERS). The Handbook, which also includes chapters on subjects such as generic practices and sci- ence, is available from ERS (2000 Clarendon Boulevard, Arlington, VA 22201-2908, United States of America; phone (1).)

5 The first author of the present pamphlet, Douglas A. Grouws,is Professor of mathematics Education at the University of Iowa. He was the editor of the Handbook of research on mathematics teaching and learning (Macmillan,1992) and has a large number of other publications on research in mathemat- ics education to his credit. He has made invited research pre- sentations in Australia, China, Hungary, Guam, India, Japan, Mexico,Thailand and the United Kingdom. He has directed sev- eral research projects for the National Science Foundation (NSF) and other agencies in the areas of mathematical problem- solving and classroom teaching practices. His current NSF work involves mathematics and technology. He received his from the University of Wisconsin. 3. The second author, Kristin J.

7 Greer, and E. De Corte Making sense of word problems (Lisse,The Netherlands, Swets & Zeitlinger, 2000). The officers of the International Academy of Education are aware that this booklet is based on research carried out primar- ily in economically advanced countries. The booklet, however, focuses on aspects of learning that appear to be universal in much formal schooling. The practices seem likely to be gener- ally applicable throughout the world. Even so, the principles should be assessed with reference to local conditions, and adapted accordingly. In any educational setting, suggestions or guidelines for practice require sensitive and sensible applica- tion and continuing evaluation. HERBERT Editor, IAE Educational Practices Series University of Illinois at Chicago 4.

9 It is available free of charge and may be freely reproduced and translated into other languages. Please send a copy of any publica- tion that reproduces this text in whole or in part to the IAE and the IBE. This publication is also available on the Internet in its printed form; see: or The authors are responsible for the choice and presentation of the facts contained in this publication and for the opinions expressed therein, which are not necessarily those of UNESCO/IBE and do not commit the Organization. The designations employed and the pre- sentation of the material in this publication do not imply the expres- sion of any opinion whatsoever on the part of UNESCO/IBE con- cerning the legal status of any country, territory, city or area, or of its authorities, or concerning the delimitation of its frontiers or boundaries.

10 Printed in Switzerland by PCL, Lausanne. 5. Introduction This booklet summarizes the mathematics chapter from the Handbook of research on Improving student achievement , second edition, published by the Educational Research Service. The Handbook is based on the idea that, in order to succeed, efforts to improve instruction must focus on the existing knowl- edge base in respect of effective teaching and learning. The Handbook was specifically designed to help school administra- tors and teachers carry out their evolving instructional leader- ship roles by giving them a ready source of authoritative yet practitioner-based information about research on effective teaching and learning. The practices identified in this booklet reflect a mixture of emerging strategies and practices in long-term use.

NATIONAL REPORT ON THE STATUS OF … 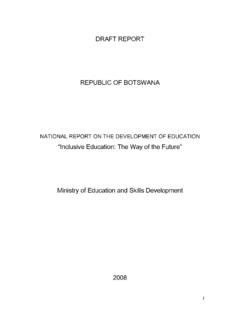 DRAFT REPORT REPUBLIC OF BOTSWANA NATIONAL REPORT ON THE DEVELOPMENT OF EDUCATION “Inclusive Education: The Way of the Future” Ministry of Education and Skills Development 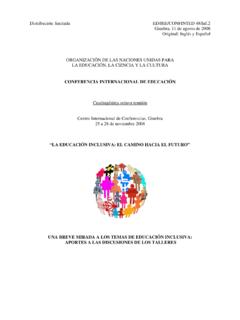 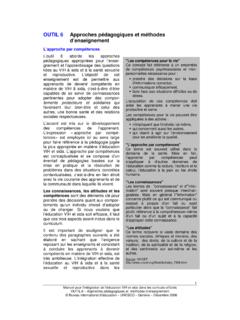 THE DEVELOPMENT OF EDUCATION

THE DEVELOPMENT OF EDUCATION ... • Sweden ranks third among the OECD-countries when it comes to ... secondary school programmes now provide eligibility for ... 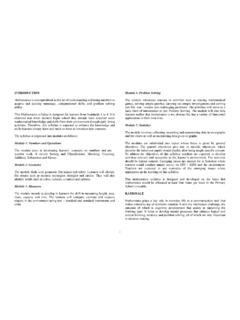 i INTRODUCTION Mathematics is conceptualised as the art of understanding and using numbers to acquire and develop numeracy, computational skills, and problem solving 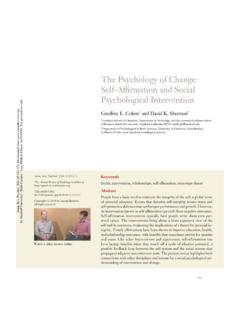 The Psychology of Change: Self-Affirmation and Social ... 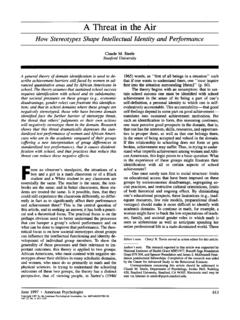 A Threat in the Air How Stereotypes Shape Intellectual Identity and Performance Claude M. Steele Stanford University A general theory of domain identification is used to de- 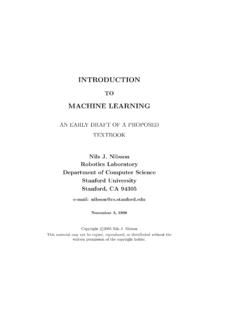 Chapter 1 Preliminaries 1.1 Introduction 1.1.1 What is Machine Learning? Learning, like intelligence, covers such a broad range of processes that it is dif-

Student Engagement in Assessments: What Students and ...

4 Stanford Center for Opportunity Policy in Education Authenticity The concept of authenticity refers to the extent to which a task requires students to solve real-world problems and has value beyond school (Lombardi, 2007). Real-world problems reflect tasks that are encountered in …

As discussed throughout the main article, current research offers some solid information that should help educators increase English learners’ achievement. 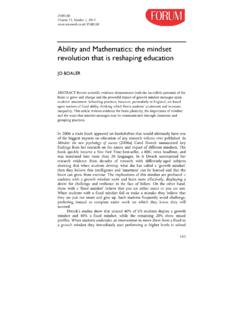 Ability and Mathematics: the mindset revolution that is ...

ABILITY AND MATHEMATICS 145 practices on growth mindset messages and beliefs, communicating to students that learning takes time and is a product of effort (Stigler & Hiebert, 1999;