INS Face Off - Inside GNSS

magnetometer into the sys - tem to initialize the head-ing and provide a weak heading update during long GNSS signal outages. Special calibration routines

2 Aided by GNSS and on their own. and FOG integrated navigation systems T. he automobile versus the horse Precise INS Applications and gaming devices, also use MEMS sensors and buggy. Cloud computing Overview for adjusting screen-view orientation or opposite desktop software. The Inertial navigation systems were in use for user interaction with the device. trend is predictable, yet it is for navigation long before any global MEMS usage for navigation, howev- always surprising when one technology navigation satellite system (GNSS) orbit- er, is a different story.

3 In the navigation takes over the market space of another. ed the Earth. Since the 1950s inertial industry, MEMS have only been gaining After all, television did kill off the radio systems have been used to navigate land, traction during the last few years. This star. air, and marine vehicles. These early primarily is due to recently improved In the navigation world, fiber optic inertial navigators used gimballed or error characteristics, environmental gyroscopes (FOGs) now find themselves strapdown mechanical systems. In the stability, increased bandwidth, and up against microelectromechanical sys- 1970s and 1980s ring laser gyroscopes the increasing availability of embed- tem (MEMS) gyroscopes.

4 The tides are (RLGs) and interferometric FOGs were ded computational power that can run changing in inertial navigation systems introduced, which revolutionized angu- advanced fusion and sensor error mod- (INS), and MEMS are encroaching on lar measurement for inertial navigation. eling algorithms. markets and applications that used to The debut of MEMS inertial sensors Precision INS applications have be dominated by FOGs. This article in the last two decades has once again spread broadly into various niches, but explores this transition of technolo- challenged the INS status quo.

5 MEMS with the introduction of MEMS, pre- gies as it applies to INS and provides an are particularly popular in consumer cision INS adoption is growing. New overview of applications where a sys- applications that require measurements markets are being created, and MEMS. tem designer might choose MEMS over related to motion. In vehicles, MEMS technology is entering traditional mar- FOGs, or maybe still, vice versa. Bench- accelerometers are used to trigger safety kets that were previously dominated by marking of two real-time systems is used systems when sudden changes in accel- FOG technology.

7 Usage due to the addition- was often for military communication al hardware, but systems, disaster monitoring systems, even with this extra or expensive media communication cost these multi- systems. sensor systems are Now MEMS are showing promis- much less expensive ing performance for these applications than FOG-based enabling new uses for antenna array INS/GNSS. stabilization; such as two-way com- The next preci- Antenna configurations on trials vehicle: Dual GPS antennas for the munication between UAVs and ground sion ag r icu lt u re INS under test and single GPS antenna for the CIMU.

8 Assets, streaming satellite TV to a car products to enter in downtown cities, or streaming video the marketplace will fully integrate the The UGV/UAV/USV market is per- from a toy helicopter to a controller on lower-cost MEMS with the multi-anten- haps one of the most promising for pre- the ground. Consumer advertising busi- na GNSS to create a product that com- cision INS, especially using MEMS navi- nesses may even start to use directional petes with the higher priced FOG INS/ gation. Military, aerospace, commercial, antenna arrays to better target their cus- GNSS systems.

9 These products are just and even consumer applications exist for tomer base in new and innovative ways. now becoming available and will likely these platforms, which are often limited The future prospects of MEMS begin to gain market share. on power and payload, making MEMS. technology are intriguing, especially as Vehicle navigation systems have an ideal candidate. Unfortunately, these a replacement for FOG technology in always been separated into the in-dash- platforms are also some of the hardest existing applications such as machine built-in and mobile or portable naviga- to navigate using low-cost INS because control, precision agriculture, vehicle tion device (PND) product offerings.

10 They are often designed for high dynam- navigationadvanced driver assistance Due to the price constraints on vehicles, ics and to operate for long periods of systems, and unmanned ground/aerial/ FOGs never saw much penetration in time without absolute navigation aids submersible vehicles (UGV/UAV/USV). automotive markets, except as bench- such as from GNSS. marking systems for MEMS navigation The next section of this article will A Changing Cost/Benefit development. describe two versions of an INS/GNSS. Scenario In-dash systems always benefited system that was built to use either FOG.

22 InsideGNSS november /december 2010 www.insidegnss GNSS SOLUTIONS T is the noise temperature in degrees on the Kelvin scale. The noise density for a typical receiver noise temperature of 290K is -204dBW/Hz or -174dBm/Hz. 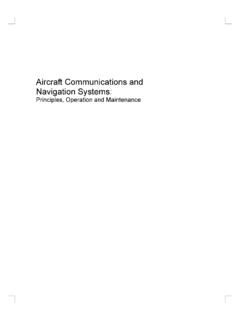 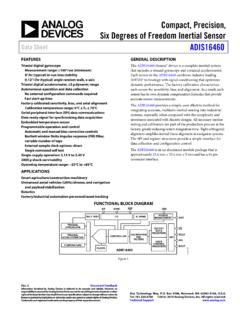 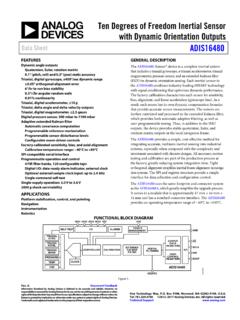 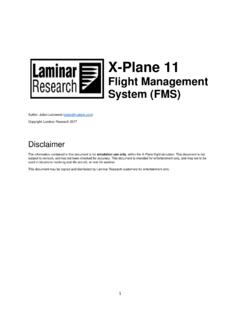 5 The X-Plane 11 Flight Management System The Laminar Research / X-Plane 11 FMS resembles a system built by Collins and found in regional airliners, and is similar in