Making a Coil Winder, Part Two, and Winding an …

Making a Coil winder , Introduction part 1 of this project was in the last edition of the Bulletin. In this part I have detailed the part Two, and changes made to make Winding fine wires easier (with less or hopefully no breaks). Winding an Inter-Stage and improvements and simplifications to the chopper disc' and sensor for the Transformer by Gary Tempest turns counter. Finally there is the example of Winding fine wires for the push-pull Inter-Stage Transformer mentioned last time. winder with feed wire extensions (back not fitted yet New Slotted Switch mounting winder with back fitted New Slotted Switch hinged out of the way Modifications overhang the front of the bench. The reel is moved out by seven Without going into lots of detail, I had more than one go at inches and down by the same amount and doubles the wire path Winding the Inter-Stage Transformer including more breaks than length to about to about fifteen inches.)

13 positioning of the disc, in the slot, is done by setting it so minor adjustment can be made as the drill chuck is tightened. The Slotted Switch

1 Making a Coil winder , Introduction part 1 of this project was in the last edition of the Bulletin. In this part I have detailed the part Two, and changes made to make Winding fine wires easier (with less or hopefully no breaks). Winding an Inter-Stage and improvements and simplifications to the chopper disc' and sensor for the Transformer by Gary Tempest turns counter. Finally there is the example of Winding fine wires for the push-pull Inter-Stage Transformer mentioned last time. winder with feed wire extensions (back not fitted yet New Slotted Switch mounting winder with back fitted New Slotted Switch hinged out of the way Modifications overhang the front of the bench. The reel is moved out by seven Without going into lots of detail, I had more than one go at inches and down by the same amount and doubles the wire path Winding the Inter-Stage Transformer including more breaks than length to about to about fifteen inches.)

2 Would mounting it further were acceptable to me. I believe the main reason for this was the away have been better still? It depends upon the bench and chair way the wire came off the feed reel. This was now much wider height but if it were much lower, knees would not go under it to use than the former for the transformer and so once again there was the foot pedal. For my set up, I could move the reel outwards by the problem of snagging' when the wire was on one side of the another four to five inches but would leave the height alone. Increasing feed reel and on the opposite side of the former. My solution the path length further may improve the feed but for this gauge (42. was to increase the path length from the feed reel to the former, SWG) it was sufficient as the transformer was wound smoothly like Making the angle of attack' less coming off the feed reel.

3 The this without breaks (nominally 15,000 turns). If Making the winder inspiration for this was in seeing film of wire being drawn and from scratch then the feed reel extensions could be included as coming from large drums to the die over room sized lengths. part of the sides and cut as one piece. However, having them as Two things, amongst many, that I have learnt about coil winders bolt on items does make for easier stowage of the machine. is that they need to be solid, and if it can come loose and move it Another possibility was just putting the feed reel on the floor will. The mounting, for the left-hand, side was simply not up to the and letting the wire spool off the top of the reel in fishing reel style. task; it could be flexed easily with light hand pressure. The other side The twist in the wire seems of no consequence.

4 I used to do this was acceptable because of the twin walls needed for mounting the when Winding series field coils with the battery drill in a vice. It motor. So I have beefed up the construction, by including a back certainly works but there are many ways of getting wire breaks panel and fitting a length of 6 mm studding through the chrome and entanglement with the feet is one of them, particularly when tube, used for guiding the wire. Things coming loose included the the winder has a foot pedal. Actually, being able to easily see and chopper disc, which as the grommet started to wear, wound its manipulate the feed reel is an advantage, particularly if turns need way up the motor spindle eventually dislodging the sensor. Also to be taken off such as when the wire jumps a former cheek.

5 It started to slip and so there was potential for miscounting. To get around the moving chopper disc I cut a new one and it is bolted securely to the motor- shaft with washers and Changes in Mounting the Feed Wire and the Slotted Switch lock nuts. The width of the slot in the side panel had to be To mount the feed reel further away from the motor spindle additional increased so it passes the left-hand lock nut when withdrawing pieces of 15 mm plywood were used (see picture). These were bolted the shaft. The fixed disc does mean that coil bobbins can only onto the sides using the original feed reel spindle holes and in use mount from the motor end but this is not a problem. Lateral 12. Coil former showing lead out wire holes Coil former with support cheeks Transformer lead out wires secured Holes for the lead out wires taped over Then covered with glue stick The seal between the bobbin outer covering and the former cheeks can be seen positioning of the disc, in the slot, is done by setting it so minor devices, and saw no reason to change from it.

6 If anyone wants to adjustment can be made as the drill chuck is tightened. try the Optek device it should be electronically interchangeable as far as the counter is concerned (it replaces the devices and the The Slotted Switch Schimit trigger). My trial conditions were a 10V well decoupled The Optek OPB625 supply, 20 mA through the diode and a 10K pull up resistor for At first sight of the Data Sheet this device, available from Farnell the output transistor, additional to the one inside the package. for just over three pounds, looks ideal for the task. It consists . of an infra-red emitting diode and a monolithic integrated circuit The New Slotted Switch with Discrete Components which incorporates a photodiode, a linear amplifier and a Schimitt In Making the new sensor I cut the slots in the MDF just right and the trigger on a single silicon chip.

7 The package is small, easily fitting Vero board pieces were a nice tight fit in them. This allowed me to on a thumbnail, with a five mm gap for the disc. So why are you optimise their position, with the scope monitoring the receive output, bothering to make one with discrete components you Stupid Boy! before sealing them in place with Epoxy. Doing this gave sensor Well, one immediate disadvantage is that the pin spacing is not tenth output levels of just over 1 V to 8 V (with the light cut off). This sensor of a mm grid so it won't fit on copper clad Vero Board. But worse is affected slightly by external light but is a lot less sensitive to it, its it doesn't work that well unless you can operate the sensor and insensitive anyway needing 40 mA through the diode for operation.

8 If disc in near darkness (they don't mention that on the Data Sheet). the torch is waved across the top of the disc, with it cutting off the light When I first hooked up a package I was convinced that I had things from the transmit diode, the 8V level blips slightly by maybe a volt. It's wrong because it did nothing but this was because I was working not enough to change the Schimtt trigger output though, as typically, next to a window on a sunny day. It's interesting as with the light according to the data sheet it would have to fall to 4V to do this. completely cut off from the diode (or it not even connected) the I tried two chopper discs; one cut from copper-clad fibreglass board output can be made to change state just by shinning a pocket torch and the other from the soft blue plastic top of another pillbox.

9 I was across it (not directly into the receive window) from a foot away. One hoping that it would be totally light tight, but it wasn't, so I covered of the problems with the complete silicon chip package is that you one side with self adhesive Metal Repair Tape, made by Gripetite and can't look inside, at intermediate circuit points, as you can with a it does! It wasn't wide enough to cover the disc in one pass and so I. discrete component design. It's possible with this to optimise things used two pieces and a black spirit pen over the junction. Of the two so that there are good voltage changes at the output of the receive I prefer the soft one as it is more forgiving than the rigid fibre glass amplifier but with the integrated design you haven't a clue. I had type. The hole tends to chew' if the disc moves a little, and it does, already built a new sensor, with the discrete transmit and receive whereas the soft one just flexes.

10 The reason the disc creeps is due 13. Transformer back in the can The finished item to a small amount of end float in the drill. substantial square former, with epoxy, before was covered with a small piece of tape and I couldn't see an easy way of eliminating painting them with a couple of coats of then glue stick (see picture sequence). this or in decoupling the disc from it. I did shellac (French Polish) to keep out moisture. For the most even coupling the book by imagine the disc being on a separate shaft Once again I used support cheeks Babani, suggests Winding one secondary first with a flexible coupler or belt but this is made from 6 mm plywood (see picture) followed by the primary and then the second getting too complicated and beyond my that include slightly tapered and glued on secondary.

Making a Coil Winder (mostly from the junk box)

18 18 It’s easy to design a counter to display decimal but it needs a lot more logic devices. To start with decade counters (cascaded), for each 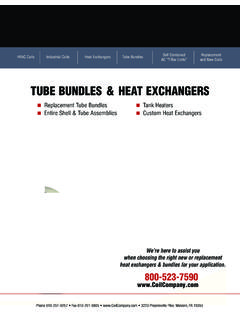 109-42 509 SPECIFICATION TO CHANGE WITHOUT NOTICE Coil Company reserves the right to change dimensional construction, performance or any other criteria shown in this 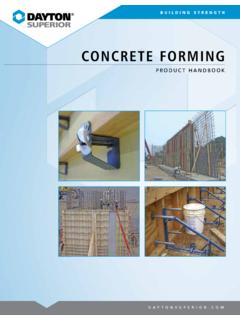 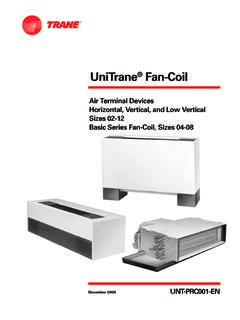 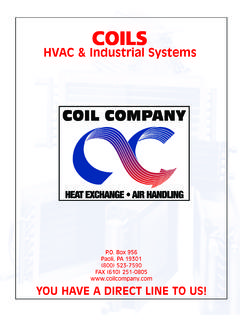 An Introduction To Turbine Inlet Chilling