Making Rehabilitation work American Experience of Rehabilitating Prisoners By Iain Murray Director of Research, Statistical Assessment Service, Washington DC. Visiting Fellow, Civitas 1. Introduction Does the criminal justice system have a duty to rehabilitate prisoners? To a Briton the answer is Of course it does! To an American, the answer is often less clear cut. For a variety of reasons we will examine, the American federal sentencing guidelines state that a prison's purpose is to provide retribution, to educate, to deter and to incapacitate. Except in so far as education promotes Rehabilitation , the concept is noticeably absent. Nevertheless, rehabilitative programs abound all over the States. Some have been instituted for noble reasons such as altruism, others have been almost forced on states in order to help keep down the rising costs associated with a rising prison population.

1 Making Rehabilitation work American Experience of Rehabilitating Prisoners By Iain Murray Director of Research, Statistical Assessment Service, Washington DC. Visiting Fellow, Civitas 1. Introduction Does the criminal justice system have a duty to rehabilitate prisoners? To a Briton the answer is Of course it does! To an American, the answer is often less clear cut. For a variety of reasons we will examine, the American federal sentencing guidelines state that a prison's purpose is to provide retribution, to educate, to deter and to incapacitate. Except in so far as education promotes Rehabilitation , the concept is noticeably absent. Nevertheless, rehabilitative programs abound all over the States. Some have been instituted for noble reasons such as altruism, others have been almost forced on states in order to help keep down the rising costs associated with a rising prison population.

2 And, in America, where there are programs there are hordes of academics evaluating these programs. We thus have a substantial body of literature to draw on in deciding whether or not these programs have been worthwhile. For the British policy-maker hoping to find a magic bullet in this mass of research, there is little comfort. One of the lessons researchers have for policy-makers is that there is no one best way to rehabilitate. That, indeed, is one of the reasons why Americans are so skeptical about the idea. Nevertheless, the research can supply one of those features of modern life, a conceptual framework or model that will help those who frame and implement policy understand what it is that really helps offenders turn away from their lives of crime. In so doing, I hope that the message that will come through is that helping offenders is not about big ideas or over-arching theories, but about working with individuals, with people who have made decisions and who will make decisions again that will affect their lives and the lives of others for better or worse.

3 While we may look at statistics that show that 70 percent of offenders re-offend and take pride in a new set that shows that only 50. percent of offenders re-offend after participating in one program or another, we must still remember that these figures represent real people. In one group of 100, 70 have chosen to harm their fellows, but 30 have chosen not to do so. In the other, 20 fewer have chosen the wrong path. Nevertheless, there are still 50 or more other individuals (probably far more) whose lives will be blighted by the decisions taken by the recalcitrant. Offending is, at base, an individual choice. The choice can be made easier, however, by addressing individual needs. This is not about alleviating an abstract such as poverty, . but about helping someone who does not understand or care about the consequences of their actions.

4 Truly effective rehabilitative action, the research tells us, must be taken at the individual level. Moreover, it is only a certain type of individual action that suffices. Helping someone to feel better about themselves does not help prevent crime. Helping them to make better choices does. Whether that aid comes from teaching the offender to read, from helping them to understand how others feel, or from helping them to give up substance abuse, the effect is the same. People who can make better choices are less likely to re-offend. 2. Criminal offending and re-offending is a tangled web woven from a complex set of circumstances and choices, but each of those webs is different for each offender. The best Rehabilitation programs recognize this problem, and seek to untangle the web appropriately.

5 This is a difficult task, and it is the reason why there is no magical program that will cure all of Britain's crime ills with a wave of its charter. Nevertheless, America can teach us a great deal. With two million prisoners in custody, it has an unrivalled experience in dealing with offenders and their motivation. Over a million of those offenders are likely to offend again, but we can learn something from the several hundred thousand who will not re-offend. Perhaps above all, we can learn that America's dreadful experience with crime over the past twenty years has taught it to understand more than any other nation what helps prevent crime. If Rehabilitation is a small part of that, it is nevertheless an important part, and one that may become more and more important in the American people's mind as those two million prisoners begin to seep back onto the streets.

6 Washington DC. 4 December, 2002. 3. Section 1: Nothing Works . In June 2002 I published an article on the popular American web site on the subject of recidivism by released prisoners. Two-thirds of those released from jail, a study had found, were arrested again within three years, and a quarter had returned to jail. I voiced the opinion that, in avoiding the appearance of being soft on crime, American authorities were ignoring their duty to attempt to rehabilitate prisoners. Instead, they presided over a system where, in the worst cases, prisons were run by the most violent prisoners and where male rape was so common that, according to some experts, there were more incidences of it in the United States than of rape of women. Because of this, released prisoners were likely to re-offend, and therefore the authorities could be thought of as doing nothing to prevent further crime.

7 I received the following piece of feedback on the site from someone calling himself Griff : Mr. Murray, your article is both unfairly inaccurate and hopelessly sophomoric. Your wobbly-liberal notion of the functioning of the prisons bears no resemblance to the reality in the state of Arizona system in which I recently served as a Correctional Officer. You are further not accurately portraying the federal system or the military. Moving on, since when does the system, whatever that is, have a "duty" to rehabilitate? The terms Rehabilitation and corrections are widely recognized as nothing but euphemisms believed in by no one with any sense. The value of the prisons is that they keep bad people locked away from the good people. Let them out and, surprise, they are still bad people.

8 Those who want to change do so. Most never will. My primary job as a correctional officer was to keep their hands from around your throat and the throats of your and my loved ones. There are plenty of things that need doing. Wasting time bleeding your heart over bad apples doesn't make the cut. Apart from the vituperation in the first paragraph (some of which I found especially odd as I had not even mentioned the US military), I thought this a useful contribution to the debate, because it succinctly sets out the dominant theory of American conservatives towards Rehabilitation : that nothing works.. Nothing works was the soundbite summary of a 1974 essay by flamboyant New York sociologist Robert Martinson that appeared in the conservative periodical The Public Interest. What works?

9 Questions and answers about prison reform summarized Martinson's conclusions from a survey of 231 research studies on offender Rehabilitation entitled, dryly, The Effectiveness of Correctional Treatment: A Survey of Treatment Evaluation Studies. Martinson concluded that with few and isolated exceptions the rehabilitative efforts that have been reported so far have had no appreciable effect on recidivism 1. 4. This article, and a series of sister articles in the liberal magazine The New Republic proved tremendously influential on both sides of the political divide. Liberals, for instance, had long been opposed to the American practice of indeterminate sentencing, . whereby convicted criminals were given sentences with release dates vaguely tied to Rehabilitation . In California, for instance, it was routine to hand down day-to-life prison sentences where release depended on the prisoner's attitude.

10 The idea that Rehabilitation was unlikely to succeed potentially spelled the end for this practice , much to the delight of civil libertarians. Prisons had proven useless. Martinson himself wrote, The long history of prison reform' is over. On the whole the prisons have played out their allotted role. They cannot be reformed and must be gradually torn down.. Indeed, the notion that Rehabilitation was ineffective was central to the passage of the Sentencing Reform Act 1984, which established an independent United States Sentencing Commission. The sentencing guidelines which this body introduced were ruled constitutional by the Supreme Court of the United States on January 18, 1989. Writing for the majority, Justice Blackmun said, Rehabilitation as a sound penological theory came to be questioned and, in any event, was regarded by some as an unattainable goal for most Helpful in our consideration and analysis of the statute is the Senate Report on the 1984 legislation.

civitas.org.uk/research/europe • 2 The analysis uses import data from 2015, combined with the EU’s MFN tariff schedule, to provide the most up-to-date estimate of tariffs that would be payable on UK-EU trade if our 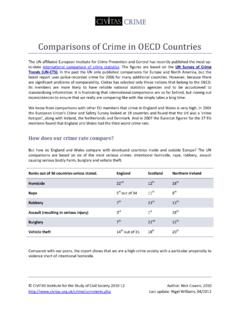 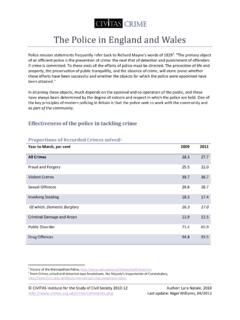 The Police in England and Wales - Civitas

CRIME CIVITAS Crime Factsheets 6 The Police in England and Wales Forces are encouraged to set up “beat meetings”, to further direct contact with local people and 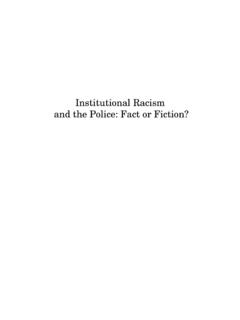 Institutional Racism and the Police 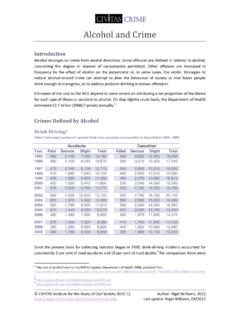 CRIME CIVITAS Crime Factsheets 4 Alcohol and Crime typical of the offenders, with little change over the previous decade. The offenders in the study were 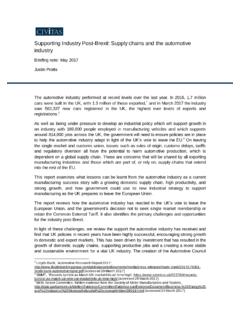 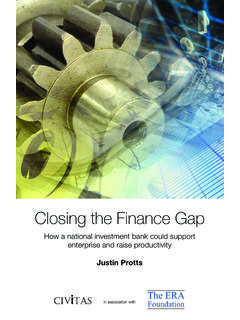 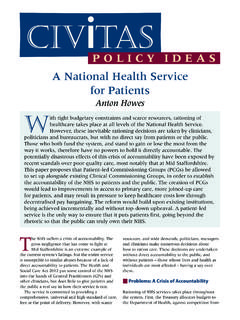 W ith tight budgetary constraints and scarce resources, rationing of healthcare takes place at all levels of the National Health Service. However, these inevitable rationing decisions are taken by clinicians, 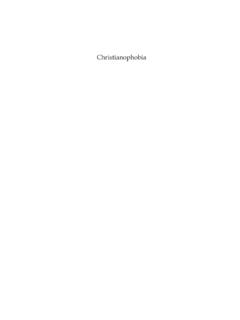 viii Introduction It is generally accepted that many faith-based groups face discrimination or persecution to some degree. A far less widely grasped fact is that Christians are targeted more 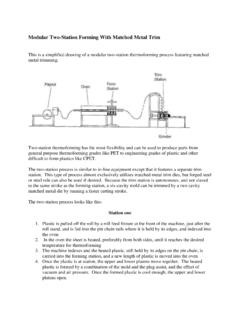 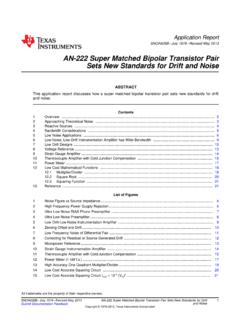 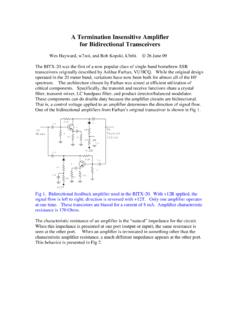 Fig 2. Input Z versus load resistance for the 170 Ohm amplifier of Fig 1. This is a calculated result with a simple model, but measurement results are similar.

Charting Outcomes in the Match - The Match, … 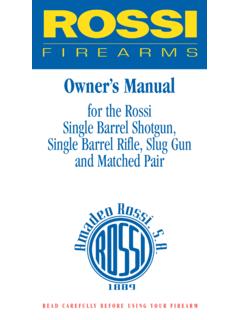 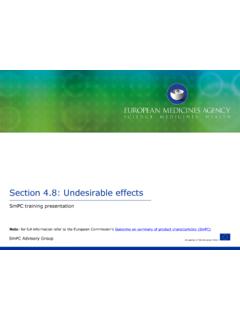 I. General objectives of section 4.8 Section 4.8: Undesirable effects This section should include all adverse reactions from clinical trials, post- authorisation safety studies and spontaneous reporting for which, after thorough