1. Phuoc Tuy Province - vung Tau - rung Sat Special Zone The coastal Province of Phuoc Tuy was the centre of operations for much of the Australian military effort in Vietnam between the latter half of 1966 and into the first months of 1972. While the harbour municipality of vung Tau was the base for First Army Logistical Support Group (1 ALSG) from 1965 to 1972, it was also home base to the RAN's Clearance Diving Team Three (CDT3). No. 9. Squadron and No. 35 Squadron RAAF were also based at vung Tau airfield. The vung Tau Peninsula juts into the South China Sea near the mouth of the Saigon River complex, and was known under the French colonialists as Cap St Jacques.

1 1. Phuoc Tuy Province - vung Tau - rung Sat Special Zone The coastal Province of Phuoc Tuy was the centre of operations for much of the Australian military effort in Vietnam between the latter half of 1966 and into the first months of 1972. While the harbour municipality of vung Tau was the base for First Army Logistical Support Group (1 ALSG) from 1965 to 1972, it was also home base to the RAN's Clearance Diving Team Three (CDT3). No. 9. Squadron and No. 35 Squadron RAAF were also based at vung Tau airfield. The vung Tau Peninsula juts into the South China Sea near the mouth of the Saigon River complex, and was known under the French colonialists as Cap St Jacques.

2 At the mouth of the Song Sai Gong' (Saigon River) marshy flats have formed an area known by the South Vietnamese as the rung Sat' (the Forest of Assassins). The rung Sat is a large expanse of inhospitable mangroves and swamp, stretching from the northern periphery of the vung Tau Peninsula to the upper reaches of the Long Tao Shipping Channel. The US Commander Naval Forces Vietnam (COMNAVFORV) defined the rung Sat as a Special Zone (RSSZ) within the following geographical parameters: The general area of operations bordered on the west by Long An and Co Gong Provinces, along the Soi Rap River, on the north by Nhan Trach district of Bien Hoa Province , to the east by Phuoc Tuy Province and to the south by the South China Sea.

3 The RSSZ was centred 20 miles southeast of Saigon and measured approximately 18 miles east to west, and 20 miles north to south.'. The importance of the RSSZ lies in the fact that the main shipping channel for ships proceeding to Saigon from the South China Sea - the Long Tao Shipping Channel, and to a lesser degree, the Soi Rap River - flow through this area. The threats to shipping along the length of the Long Tao Shipping Channel could take two forms; one was from mining, the other was attacking ships with rockets, small arms and recoilless rifles. At a COMNAVFORV briefing in July 1967, it was emphasised by US intelligence that: The most serious threat is mining.

4 This could result in a ship being sunk in such a manner as to block further traffic on the river for an extended period of time. Therefore one of our major tasks in the RSSZ is that of conducting mine counter measures to keep the vital Long Tao River channel open to the Port of Saigon.'. To achieve this, the US Navy (USN) had a force of 12 Mine Sweeping Boats (MSB) located at Nha Be. These boats - manned by a crew of seven - commenced their daily sweeps at 0200, starting at Nha Be, and continuing as far down as Can Gio, where the Long Tao finally empties into vung Tau Bay (Baie de Gahn Rai). USN operations were coordinated with those of the Vietnamese Navy (VNN), who operated motor launch minesweepers out of Naval Headquarters Saigon.

5 2. In their efforts to keep the Long Tao Shipping Channel open over the twelve month period of May 1966 to May 1967, the MSBs sustained severe losses. Three were destroyed by enemy mines or recoilless rifle attacks, and several other boats were heavily damaged. Up until June 1967, there had been ten USN. fatalities and 35 wounded since minesweeping operations had begun. In the course of these operations, the MSBs swept and recovered numerous mines. With the exception of a large 500 kg Russian manufactured contact mine - discovered in December 1966 - they were all of the command detonated variety. Against this type of mine, the chain drag sweep - which cuts the electronic lead(s) from the mine to the hidden detonation point on the river bank - proved to be the most effective.

6 Mining incidents along the Long Tao River for the period May 1966 to February 1967, for example, included attempts by Viet Cong divers at mining at least four merchant ships; Eastern Mariner, Milos de Mar, Our Lady of Peace, and Baton Rouge Victory. Eastern Mariner suffered extensive damage from the impact of a mine, which blew a very large hole below the waterline, on her starboard quarter. Similar damage was sustained by Baton Rouge Victory when a mine extensively damaged her on the port side below the waterline, adjacent to the engine room. Milos de Mar suffered only minor damage from her brief encounter with an unidentified mine attached to her anchor cable.

7 As luck would have it, Our Lady of Peace had a crude 130 pound TNT mine removed by USN Explosive Ordnance Disposal (EOD) personnel. The ship was carrying a cargo of 500 pound bombs at the time. Two VNN and three USN. minesweepers also fell victim to mine attacks, with all five vessels being totally destroyed during this time scale. These incidents would occur more frequently as the war progressed. In addition to minesweeping, the USN also conducted river patrol operations on the Long Tao, Soi Rap and other lesser but still navigable rivers and streams in the RSSZ. In 1967, they had 30 Patrol Boat Riverine (PBR) of Combined Task Force (CTF) 116 located at Nha Be in full operation.

8 The PBRs patrolled in pairs, 24 hours a day, and their main objective was to intercept Viet Cong (VC). waterborne traffic. Patrols were often ambushed or came under attack. This could vary from the occasional sniper to pitched battles against an entrenched and strategically placed enemy, armed with heavy machine guns and recoilless rifles. The PBR patrols often made contact with major VC resupply movements as well, which frequently resulted in the capture of large quantities of supplies, arms and ammunition. In September 1962, the US Air Force began implementing Operation Ranch Hand. Flying specially configured aircraft over the next nine years, they sprayed over 19 million gallons of herbicide defoliant over various parts of Vietnam to deny natural cover to enemy forces.

9 This operation reached its peak 3. in 1967, when more than million acres were sprayed, 85 percent for defoliation and 15 percent for crop denial. South Vietnam was divided up into four military Corps zones, with Three Corps being the most heavily sprayed area in Vietnam, receiving 53 percent of all herbicide sprayed from 1965 to 1971. The rung Sat Special Zone (RSSZ) was in Three Corps, located to the southeast of Saigon, through which the Long Tao Shipping Channel wound its way. It was also the most heavily sprayed area in the whole of South Vietnam. It was into this rather inhospitable area that HMAS Sydney and her escort were to venture repeatedly from June 1965 until November 1972.

10 The troop transport and her escort were always assigned to the northern end of the crowded vung Tau anchorage. These anchorage points were usually adjacent to Point Gahn Rai Light and were well within mortar and rocket range of nearby Long Son Island, Can Gio on the Long Than Peninsula, and other places of opportunity within striking range of the vung Tau port area, where the enemy could attack without warning. Dr John Carroll February 2016. When the Enemy Attacks: It Is Written… - Times Of …

When the Enemy Attacks: It Is Written… 1. Isaiah 54:14 – In righteousness I am established, I am far from oppression, for I shall not fear; and from terror,

When, Attacks, Enemy, When the enemy attacks 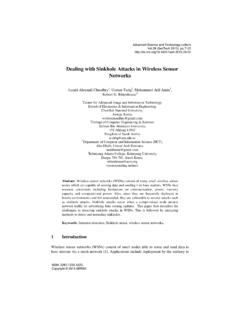 track enemy movement, environmental monitoring such as fire detection and health services such cardiacas monitoring [2–4]. Unfortunately many WSNs are deployed in

Enemy. Objective 20 is an enemy strongpoint overlooking a two-lane provincial road. A regular enemy force of approximately 50 soldiers has occupied the … 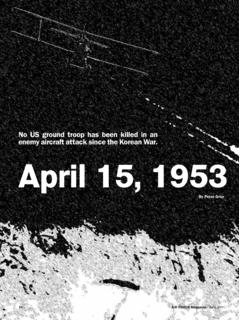 No US ground troop has been killed in an enemy …

Chance plays a role in war. Neither we nor the enemy may be able to control events. We must be flexible enough to take advantage of the opportunities which chance gives us.

GAINING GROUND ON THE CYBER ATTACKER

Organizations are gaining ground on the damaging impact of cyber attacks—and proving that recent security investments are paying off. Despite the number 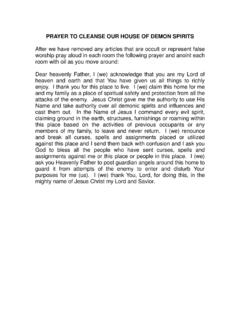 After we have removed any articles that are occult …

Have, Article, That, Removed, Have removed any articles that are

When the Enemy Attacks: It, Attacks, Enemy, Night Combat in Infantry Units, Ground troop has been killed, Warfighting Cliff Notes, 9/11 Commission, Enterprisewide, Have removed any articles that are