POST-TRAUMATIC STRESS DISORDER . 1. INTRODUCTION. POST-TRAUMATIC STRESS DISORDER (PTSD) is a persistent and sometimes crippling condition precipitated by psychologically overwhelming experience. It develops in a significant proportion of individuals exposed to trauma, and untreated, can continue for years. Its symptoms can affect every life domain physiological, psychological, occupational, and social. post -trauma STRESS reactions have been recognized throughout history. They are described in classical Greek literature and in the early literature of scientific medicine, but it was first diagnostically defined in modern times in the 1980 American Psychiatric Association Diagnostic and Statistical Manual. The surge of scientific and clinical interest in the condition over the past two decades has been largely due to awareness of problems associated with returning Vietnam combat veterans and advocacy by the feminist movement on behalf of rape victims.

3 POPULATIONS AT RISK According to general population surveys conducted over the past five years, PTSD is among the most common psychiatric conditions in …

1 POST-TRAUMATIC STRESS DISORDER . 1. INTRODUCTION. POST-TRAUMATIC STRESS DISORDER (PTSD) is a persistent and sometimes crippling condition precipitated by psychologically overwhelming experience. It develops in a significant proportion of individuals exposed to trauma, and untreated, can continue for years. Its symptoms can affect every life domain physiological, psychological, occupational, and social. post -trauma STRESS reactions have been recognized throughout history. They are described in classical Greek literature and in the early literature of scientific medicine, but it was first diagnostically defined in modern times in the 1980 American Psychiatric Association Diagnostic and Statistical Manual. The surge of scientific and clinical interest in the condition over the past two decades has been largely due to awareness of problems associated with returning Vietnam combat veterans and advocacy by the feminist movement on behalf of rape victims.

2 PTSD has not been documented in other groups including abused children, victims of crimes, accidents, and natural disasters. Not all trauma survivors develop PTSD. About 20% of crime victims, across type of crime, will meet diagnostic criteria. The rates are substantially higher for some crimes. For example, more than half of rape victims are afflicted. However, most crime victims do have some initial PTSD symptoms that subside over time. DIAGNOSTIC CRITERIA. The diagnosis of PTSD, as described in the DSM-IV(APA, 1994), requires the presence of definite traumatic experience and certain symptoms. A person must A1) have been subjected to an experience that threatened loss of life or identity or serious injury, and A2) have reacted to that event with intense emotion horror, fear, or helplessness; B) re- experience the event in dreams, flashbacks, vivid intrusive thoughts, or emotional and physiological reactions to reminders of the event; C) show three or more avoidant and/or numbing features associated with the event; D) exhibit symptoms of arousal.

3 (See Table I for a listing of symptoms.) Additional diagnostic requirements include that at least a month must have elapsed since the index event and that the person have some functional disability inability to function normally at work, in their families, or within their social networks. The current DSM-IV criteria rely heavily on items that require verbal descriptions of internal experiences and states. There is growing consensus that more developmentally sensitive criteria are needed for children due to their limited ability to express their subjective experiences. The current modifications in the DSM-IV symptom criteria for children are presented in bolded text in Table i. Some experts have proposed a variant known as Complex PTSD. In this condition some individuals may have more pervasive disturbances, including identity problems, 1. difficulties in affect regulation. Complex PTSD is not an officially sanctioned diagnosis at this time. BIOLOGIC CHARACTERISTICS.

4 There is increasing evidence that PTSD is associated with biological alterations or abnormalities. Individuals with PTSD have an atypical STRESS response. Instead of producing increases in cortisol, a STRESS related hormone, the usual hypothalamic-pituitary axis mechanisms are disrupted and result in lower than expected levels of the hormone. It is possible to induce PTSD symptoms in diagnosed individuals with injection of relatively benign chemical stimuli. Decreased brain volume or volume of specific brain structures have been documented in some adults and children with PTSD. The biologic correlates have not yet been fully explored, nor are the implications for intervention established. TABLE 1: POST-TRAUMATIC STRESS DISORDER . DSM IV DIAGNOSTIC CRITERIA. CRITERION A: CRITERIAN B: CRITERIAN C: CRITERION D: CRITERION E & F. Trauma Re-experiencing Numbing and Arousal Additional (Both) Symptoms Avoidant Symptoms Diagnostic (1+) (3+) (2+) Requirements 1.

5 traumatic 1. Intrusive 1. Avoids 1. Insomnia Duration of and thoughts of thoughts/ 2. Irritability Sxs:>one month 2. Intense trauma or feelings 3. Difficulty and response; may repetitive 2. Avoids concentrating Disturbance be expressed posttraumatic activities/ 4. Hyper- causes clinic- by disorganized play people vigilance ally significant or agitated 2. Recurrent 3. Failure of 5. Exaggerated distress or im- behavior nightmares recall of the startle pairment in (includes trauma response social, occu- those w/o 4. Loss of in- pational, or recognizable terest in sig- other important content) nificant activ- areas of function 3. Flashbacks 5. Detachment from or trauma- others specific 6. Restricted affect reenactment 7. Lost sense of the 4. Distress at future reminders of the trauma 5. Physiological reaction to reminders KEY: BOLDED TEXT = MODIFICATIONS IN DAGNOSTIC CRITERIA FOR CHILDREN. 2. POPULATIONS AT RISK. according to general population surveys conducted over the past five years, PTSD is among the most common psychiatric conditions in American society.

6 Younger adults and adolescents seem somewhat more susceptible than older adults. Less is known about the very young, who respond to trauma in less typical ways, but POST-TRAUMATIC syndromes are believed to occur and to exert profound influences on development and later emotional health. One representative national sample of women revealed a life-time prevalence of PTSD of and rate of current PTSD of (Resnick, et al., 1993). The authors estimated that million adult women in the would have experienced PTSD at some time during their lives, and currently have PTSD. This study found a significantly higher rate of PTSD among crime versus non-crime victims ( vs. ). Another general population study (Kessler, , 1995) reported a lifetime prevalence of (5% of men; of women). There is a single nationally representative survey of adolescents that assessed for PTSD. diagnosis (Kilpatrick & Saunders 1997). This study found that of the adolescents surveyed met DSM-IV criteria for PTSD during their lifetime and currently met criteria.

7 They estimated that million adolescents in the meet the DSM-IV. criteria at some point during their lifetime and million currently suffer from PTSD. The survey also showed that the rates of lifetime and current PTSD increase significantly with age; by age 17, the rates of lifetime and current PTSD increased to and , respectively. People vary in susceptibility to PTSD. Genetic factors may play a significant role in susceptibility. Women develop PTSD at about twice the rate as men, even for the same crimes. Individuals with a prior trauma history or multiple traumas are at increased risk. A premorbid psychiatric history also increases the likelihood of developing the DISORDER . It may be that people who have fewer supports and limited inter-personal coping skills are more likely to develop PTSD. Studies of concentration camp survivors and prisoners of war, however, suggest that even given sufficient trauma intensity and duration most of those who are exposed develop PTSD.

8 A positive relationship has been found between trauma intensity and the likelihood of PTSD. people who have been injured or perceived the event as life threatening are more likely to develop PTSD than those with less severe trauma. Human caused traumatic events such as assaults and murder have a more powerful impact than accidents and natural disasters. Among crime victims, individuals who have suffered more brutal trauma have higher frequencies of PTSD torture (54%), rape (49%); badly beaten (32%), and other sexual assault (24%). Dissociation during the trauma, peritraumatic dissociation, is associated with risk for PTSD. As previously mentioned, most crime victims experience PTSD symptoms although they do not develop the DISORDER . Re-experiencing and arousal symptoms are almost universal 3. in the immediate aftermath. Similar relationships between the nature and severity of trauma and PTSD symptoms as for those with the DISORDER have been found in adults and adolescents (Boney-McCoy & Finkelhor, 1995; Norris & Kaniasty, 1994).

9 Cognitive distortions and faulty attributions are commonly associated with PTSD. Maladaptive cognitions may be specifically related to the trauma per se. Guilt and shame about aspects of the experience or the fact of being victimized are the most common. Other cognitive impacts reflect alterations in basic assumptions about self, others, and the world. CLINICAL COURSE. Once established PTSD tends to persist. About half of those who develop PTSD. spontaneously recover over the two years following the event. After that time symptoms may wax and wane in intensity or different clusters may be more prominent at a particular time, but they usually do not dissipate entirely. Anniversaries and life crises may precipitate setbacks. CO-MORBIDITY ADULTS. Individuals with PTSD often suffer from other psychiatric conditions; nearly 80% of women and 90% of men with lifetime history of PTSD develop at least one other DISORDER (Kessler et al., 1995). Depression accompanies PTSD almost half of the time (Davidson & Froa, 1993).

10 Substance abuse develops frequently among men, whereas women are more prone to psychologically determined physical complaints. Anxiety disorders ( generalized affective DISORDER , panic DISORDER , simple phobia, social phobia, agoraphobia). are common among both sexes. Co-morbidity with PTSD would be expected for some of these disorders due to the overlap in symptom criteria; for example, criteria C and D. PTSD symptoms ( , irritability, hypervigilance, exaggerated startle) overlap with symptoms that characterize generalized anxiety DISORDER and criterion B5 (physiological reactivity) could overlap with panic DISORDER , simple phobia, and/or social phobia (see Table 1). CO-MORBIDITY - CHILDREN. Children with PTSD also have fairly high rates of psychiatric co-morbidity (ACAP, 1998). Depression and other anxiety disorders ( agoraphobia, separation anxiety, and generalized anxiety DISORDER ) are quite common in children who have been traumatized. Other children may respond to trauma by displaying externalizing symptoms-or behavioral problems. 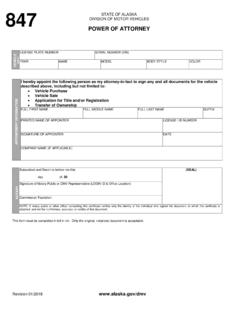 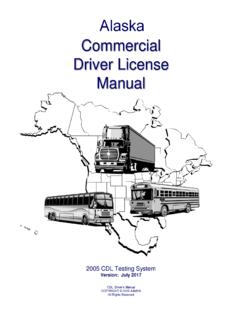 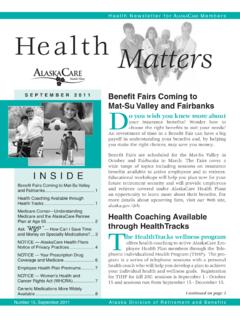 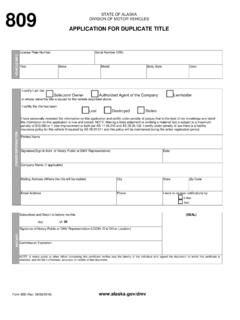 809 DIVISION OF MOTOR VEHICLES STATE OF …

How to read your payroll stub and yearly W2 …

HOW TO READ YOUR PAYROLL STUB AND YEARLY W2 EARNINGS STATEMENT Page 2 of 4 Revised 1/26/2018 IN THE EXAMPLE ABOVE: • EMPLOYER PAID BENEFITS: $1,230.06. Current pay period total of charges paid by the employer on behalf of 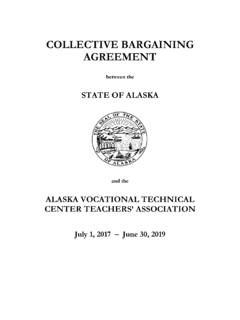 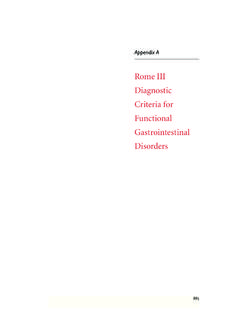 Appendix A: Rome III Diagnostic Criteria for FGIDs B2. BELCHING DISORDERS B2a. Aerophagia Diagnostic criteria* Must include all of the following: 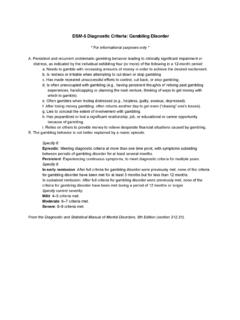 DSM-IV and DSM-5 Criteria for the Personality …

© 2012 American Psychiatric Association. All Rights Reserved. See Terms & Conditions of Use for more information. DSM-IV and DSM-5 Criteria for the Personality Disorders 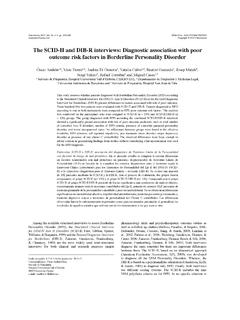 The SCID-II and DIB-R interviews: Diagnostic …

THE SCID-II AND DIB-R INTERVIEWS: DIAGNOSTIC ASSOCIATION WITH POOR OUTCOME RISK FACTORS IN BORDERLINE PERSONALITY DISORDER 525 Axis I comorbid disorders were assessed by the Spanish version 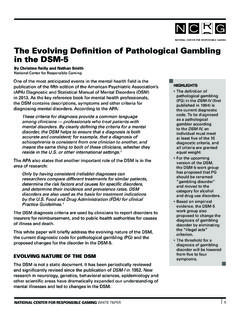 The Evolving Definition of Pathological Gambling in …

NATIONAL CENTER FOR RESPONSIBLE GAMING WHITE PAPER 2 According to the APA, the process for revising the DSM was guided by four principles:1 1. The highest priority is clinical utility — that is, making sure the manual is useful to those who 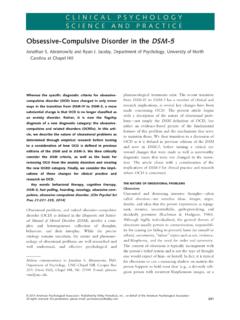 Obsessive‐Compulsive Disorder in the DSM‐5

Disorders, Disorder in the dsm 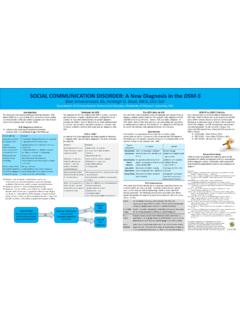 DSM-5 Changes in Intellectual Disabilities and …