2 Retirement INCOME excludes INCOME from current employment, rents and dividends, disability payments and Supplemental Security INCOME (SSI). This report does not address PERSONAL exemptions or deductions that are available to every filer over some specified age, like the federal provision for a larger standard deduction for people who are 65 years old or older. STATE policies on retirement INCOME exclusions vary greatly, but have one or both of two purposes: to protect the INCOME of taxpayers who are no longer in the workforce, and to serve as an economic development tool by attracting retired people to, or retaining them in, a STATE .

3 Such tax provisions seem to have originated years ago as a means of assisting retired public employees who received relatively small PENSIONS . Over the years, many states have made age, not former employment in the public sector, the criterion for retirement INCOME exclusions. The exclusions discussed below generally include an age restriction, which has been omitted from this discussion for the sake of simplicity; however, the age eligibility requirements are specified in the table that follows. Retirement exclusions and general tax policy States are generally free from federal control in deciding how to tax PENSIONS , but some limits apply.

4 STATE tax policy cannot discriminate against federal civil service PENSIONS --the Supreme Court decision in Davis v. Michigan (1989) ended the once common practice of more favorable STATE tax treatment for STATE PENSIONS than for federal civil service PENSIONS . In 1992, the Supreme Court ruled in Barker v. Kansas that states cannot tax military PENSIONS if they exempt STATE PENSIONS from taxation. There is no federal impediment to a different STATE tax policy for public and private PENSIONS , and, as the table indicates, some states provide less favorable tax treatment for private pension INCOME than for public PENSIONS and Social Security retirement benefits.

5 National Conference of STATE Legislatures April 2015 . Prevalence of retirement INCOME exclusions Of the 50 states, seven Alaska, Florida, Nevada, South Dakota, Texas, Washington and Wyoming do not levy a PERSONAL INCOME tax. New Hampshire and Tennessee collect INCOME tax only on interest and dividend INCOME . The District of Columbia and 41 states levy a broad-based PERSONAL INCOME tax. Among the 41 states with a broad-based INCOME tax, 36 offer exclusions for some or all specifically identified STATE or federal pension INCOME or both, a retirement INCOME exclusion, or a tax credit targeted at the elderly.

6 The District of Columbia provides an exclusion for District and federal pension INCOME . The five states that offer none of these are California, Nebraska, North Dakota, Rhode Island and Vermont. Practice regarding Social Security INCOME varies somewhat from these generalizations. Federal law preempts the ability of states to tax INCOME from Railroad Retirement. Limited retirement INCOME exclusions States take two broad approaches to excluding retirement INCOME from taxation. Some states provide a specific amount of exclusion according to the type of retirement INCOME .

7 For example, Arizona allows the exclusion of $2,500 of STATE or local government retirement INCOME , federal pension INCOME and military pension INCOME ; full exclusion for Social Security INCOME ; and no exclusion for private-sector pension INCOME . This model was more prevalent in the past than now. It allowed states to provide a greater exclusion for STATE and local benefits than for federal civil service benefits, until Davis v Michigan prohibited that in 1989. Attaching INCOME exclusions to retirement INCOME according to its source is now relatively rare among the states (except with reference to private-sector pension or deferred compensation benefits), but it continues to be the practice in Connecticut, the District of Columbia, Idaho, Indiana and New Jersey, as well as Arizona.

9 Some of the states apply different policies toward INCOME from out-of- STATE PENSIONS and toward PENSIONS that originate from the STATE and its political subdivisions. The table shows where that is the case. A number of states also provide a retirement INCOME exclusion that taxpayers over a specified age, usually 62 or 65, can apply to non-earned INCOME and, in rare instances, to some earned INCOME . Usually the exclusion is applicable to public sector benefits, Social Security and only some private-sector benefits, but sometimes it is applicable to all INCOME .

State Balanced Budget Provisions 2 National Conference of State Legislatures So, what does it mean if a state must balance only the operating budget? 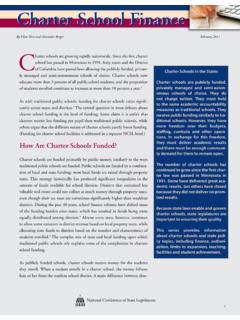 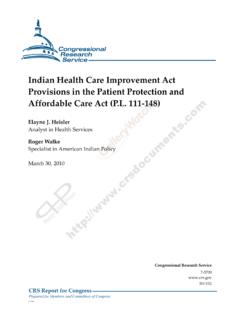 SUMMARY OF THE EVERY STUDENT SUCCEEDS …

1 SUMMARY OF THE EVERY STUDENT SUCCEEDS ACT, LEGISLATION REAUTHORIZING THE ELEMENTARY AND SECONDARY EDUCATION ACT Legislative History A conference committee met on November 18 and 19 to resolve the differences between H.R. 5, the

Alaska Base Registration Fee: $100 Time Frame: Biennial Additional Notes: In addition, some municipalities and boroughs levy a Motor Vehicle Registration Tax (MVRT). The tax is based on the

State Government Information and the Copyright …

Agreements with state agencies – Permission form 5/7/2014 24 I, _____, hereby authorize the University of Michigan to produce digital 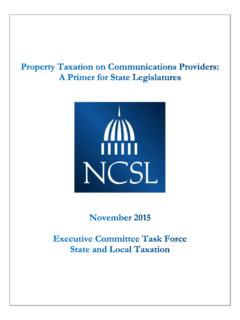 Page | 3 The National Conference of State Legislatures is the bipartisan organization that serves the legislators and staffs of the states, commonwealths and territories. 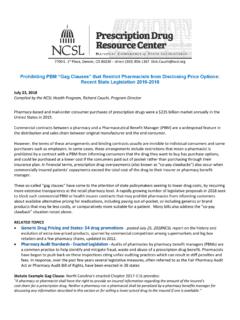 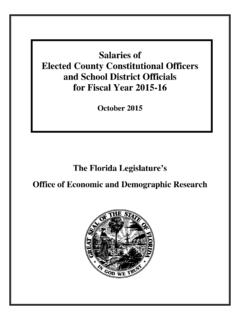 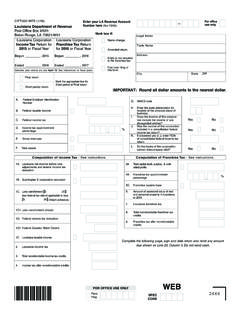 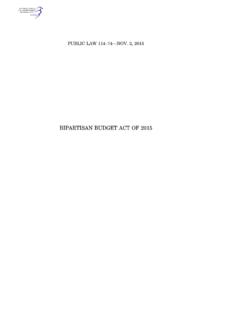 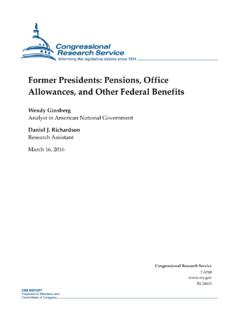