Story Telling into writing . The ability to tell a Story arises out of building up and drawing upon a bank of well-known tales. This is why the best writers in a class are always avid readers they are drawing upon the narrative storehouse. Those who struggle may well have a not yet built up that storehouse so they are unfamiliar with the language patterns . It is not to do with ideas of being unimaginative' or unintelligent'. Narrative is a necessary, primary act of mind and natural to all human beings we are storymakers whether we like it or not. Internalising narrative patterns there are three basic levels of patterning: a. The template of a Story the Story frame. b. The flow of the sentences syntax. c. Words especially connectives. The Storymaking Process.

1 Story Telling into Writing. The ability to tell a story arises out of building up and drawing upon a bank of well-known tales. This is why the best writers in a class are

1 Story Telling into writing . The ability to tell a Story arises out of building up and drawing upon a bank of well-known tales. This is why the best writers in a class are always avid readers they are drawing upon the narrative storehouse. Those who struggle may well have a not yet built up that storehouse so they are unfamiliar with the language patterns . It is not to do with ideas of being unimaginative' or unintelligent'. Narrative is a necessary, primary act of mind and natural to all human beings we are storymakers whether we like it or not. Internalising narrative patterns there are three basic levels of patterning: a. The template of a Story the Story frame. b. The flow of the sentences syntax. c. Words especially connectives. The Storymaking Process.

3 This could be through storytelling or by rereading for a range of interesting purposes (see drama). Use of either: - Storytelling. Listen join in retell. Or: - Rereading a short Story Rereading parts of the ongoing novel for close study NB try to establish strategies for increasing the amount that children are read to in school, at home as well as increasing the amount that they read independently. b. Draw it!! This helps children capture the whole text visually. Use of: Story map, mountain graph. Cartoon, storyboard, Flow chart, boxing up, paragraph planner. Older children should do this for themselves problem solving by listening carefully to the Story /text. c. Comprehension drama. You may wish to carry out a range of comprehension activities . discussion, response, close reading, DARTs activities, etc.

4 Drama helps children get to know the text really well often having to listen again to, and reuse, parts of the text. With older children, drama activities are especially useful for encouraging a return to the original text to internalise the patterns and deepen interpretation . also, drama can help children begin to generate new ideas for their own writing . 2. If you are wanting the children to write in role or create something new then it may be worth combining drama or storytelling, with drawing, plus an opportunity to retell so that ideas and language can be refined/revised. Hot seating and freeze frames. Miming scenes miming a scene from a Story . Can the others guess which scene? Miming what might happen next. Role playing - scenes or alternative events this can be very effective for innovation' to help children embellish a scene.

5 Free role play providing a play area such as a bears' cave or Grandma's cottage complete with dressing up clothes acts as a simple invitation to play at' the Story . Act the Story in this the teacher, possibly with the main body of the class retells the Story and a group act the Story out. This can be followed by children working groups to re-enact the Story , using a narrator. Puppet theatre finger puppets and a mini theatre should be used for children to play at the Story retelling it or inventing new ideas using the same characters. Journalists interviewing the characters about what has happened. News' programmes - complete with outside broadcasting unit TV. or radio interview with Troll about threatening behaviour of local vandals. Monologues begin this by drawing an outline of the character's head and asking for ideas about what the character might be thinking or feeling.

6 Demonstrate how to be in role as a character and think aloud' the thoughts in the head'. This might be a character in a Story or a character who is not mentioned, the wolf's wife might be very fed up with his behaviour . He's always huffing and puffing up and down the den. I just don't know what is wrong with him '. Gossip - between characters about events. These could be main characters but using bystanders can be handy as a way of revisiting 3. what has happened a form of retelling, a neighbour of the bears could tell a friend all about the break in. Phone calls - from a character to an off stage character provides another ideal form of recounting events from a different Advice surgeries or working in role as agony aunts this provides a chance to work with the main character, digging under the skin of what they have been doing, why considering motive.

7 The advice might suggest other ways forward for a Story . Statements to police what does the wolf have to say about his behaviour? writing in role there are many possibilities for writing in role that help the children revisit the Story , end of term report for a character, diary entry, letters to another character, newspaper articles. Objects or costumes placed in the centre of the circle. Forum theatre a scene is set up. The action can be paused and audience members suggest what might happen next. Re-enacting key scenes the moment when Howard Carter breaks into the tomb. Trials teacher in role as judge. Children work as solicitors to defend or accuse a character. Role on the wall someone lies down on sheets of paper an outline is drawn plus comments, quotes, suggestions.

8 Thoughts in the head work in pairs one child says aloud what they are thinking having walked past an old house. Then their partner role-plays the old person who lives in the house. Making storytelling special. Storyteller's hat Storyteller's chair Storyteller's cloak 4. Magic Carpet Story Music Story lights Story box or bag Storytelling Castle STRATEGIES FOR LEARNING THE STORIES. (for teachers). 1. Choose a Story - The teacher begins by selecting a Story that she wants the class to learn. This should be a Story that will be easy enough for the class to learn because it holds some repetitive patterns, is memorable and enjoyable. Traditional tales usually contain these elements. 2. Adapt the Story - The teacher writes out a bare bones' version of the Story that does not involve too much detail or elaboration that might it hard to internalise.

9 It is important to build into the Story any particular language patterns that you wish to teach, sentence structures or connectives 3. Decide on actions - Work out actions for the Story . Events could be made up with the children but it is important to repeat the same actions for the main bank of connectives so that the children revisit the key patterns from Story to Story , class to class. 4. Draw a map - Sketch a simple map of the Story . This helps the teacher to remember the Story and also means that she can also work out a clear and simple visual aid for the children. 5. Tape it and practise - The teacher now tapes the Story , leaving gaps between sentences or clauses. This is used to help the teacher learn the Story before Telling it to the class. Listen to the tape every day going into school and coming home, remembering NOT to do the actions if you're driving!

10 ! We have discovered that teachers become quicker and more confident with each Story . 2. Innovation. Only move on to innovation when the Story is in the long-term memory . otherwise, they will struggle to innovate. Each stage needs to be modelled by the teacher so that there is a whole class innovation. This then sets then scene for staging the children to gradually create their own innovation. 5. Substitutions. This seems to be the simplest form of innovation. Many children find it simple enough to alter basic names of characters, places and objects. Be wary of changing too much or young children become confused. The children must draw their own new maps and use these for retelling. They will need to retell in pairs their version a number of times before it is been internalised. 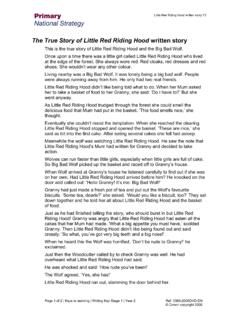 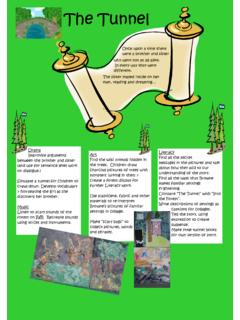 The Tunnel Once upon a time there lived a brother and sister who were not at all alike. In every way they were different. The sister stayed inside on her own, reading and dreamin 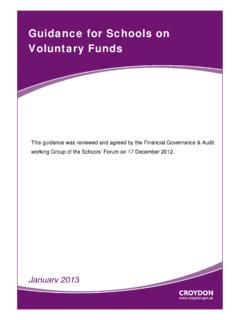 Guidance for Schools on Voluntary Funds - …

Guidance for Schools on Voluntary Funds. This guidance was reviewed and agreed by the Financial Governance & Audit working Group of … 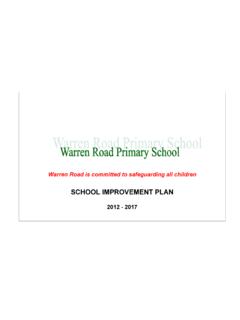 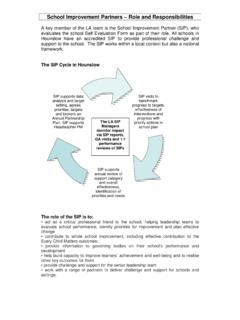 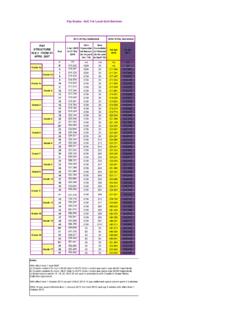 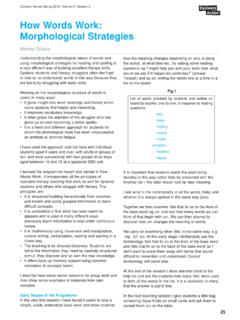 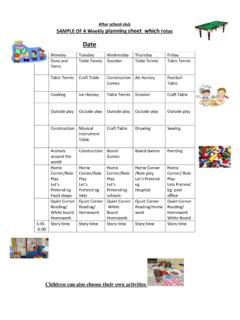 Sheet, Which, Rota, Sheet which rotas

Theories of Story and Storytelling

Theories of Story and Storytelling by Eric Miller, PhD January 2011 This piece of writing asks, and begins to answer, such questions as: What is a 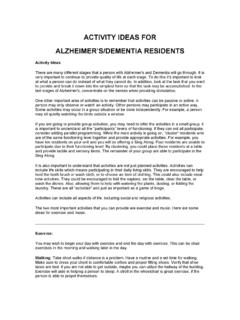 ACTIVITY IDEAS FOR ALZHEIMER’S/DEMENTIA RESIDENTS Activity Ideas There are many different stages that a person with Alzheimer's and Dementia will go through. 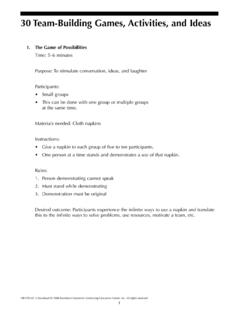 David Wiesner in the Classroom Ideas for Classroom Use Zoe Ryder White Art and Max Art and Max are both artists – Art, a skilled and practiced painter, and Max, an enthusiastic novice.

: One person with a loud, clear voice to read the …

HAT SKIT Purpose: TO PROMOTE THE CHOICE IS MINE and have fun in the process. YOU WILL NEED: One person with a loud, clear voice to read the story, a table full of hats for Mother, Father, BillyBob and Lulu... 4 people to sit at the table changing hats according to the person

1 Hiroshima By John Hersey Chapter One A Noiseless Flash At exactly fifteen minutes past eight in the morning, on August 6, 1945, Japanese time, at the moment when the atomic bomb flashed above 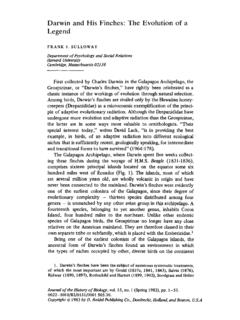 Darwin and his finches: The evolution of a legend

Darwin and His Finches were largely vacant. After becoming isolated from one another on the different islands of the archipelago, various finch populations gradually