INTO THE CRYPTOCOSM:Three Stocks Every Investor Needs to OwnTHE GEORGE GILDER REPORT1On May 30, 2014, I packed my bags, said goodbye to my wife and kids and flew to Tuscany, Italy. It was the start of my own personal Grail Quest. Back then, Bitcoin traded at $571. By that point it had already seen several booms and had made some people a helped others lose one. Yet back then, it was still the kind of niche technology that only cyberpunks and coding nerds could truly understand or appreciate. I d spoken to enough of them to understand that it had huge, era-de-fining potential. And so began my quest to seek out the real creator of Bitcoin, the mysterious Satoshi Nakamoto.

There will be other partnership opportunities too to expand into new mar-kets, but Gelsinger is keeping the cards close to the vest right now. The company’s semiconductor road map requires fully embracing EUV lithography. Gelsinger said EUV will be foundational for all chips starting with the Intel 4 architecture in 2023.

1 INTO THE CRYPTOCOSM:Three Stocks Every Investor Needs to OwnTHE GEORGE GILDER REPORT1On May 30, 2014, I packed my bags, said goodbye to my wife and kids and flew to Tuscany, Italy. It was the start of my own personal Grail Quest. Back then, Bitcoin traded at $571. By that point it had already seen several booms and had made some people a helped others lose one. Yet back then, it was still the kind of niche technology that only cyberpunks and coding nerds could truly understand or appreciate. I d spoken to enough of them to understand that it had huge, era-de-fining potential. And so began my quest to seek out the real creator of Bitcoin, the mysterious Satoshi Nakamoto.

2 This is easier said than done. Nakamoto had unleashed Bitcoin on the world in the wake of the financial crisis back in 2009. Then, on Dec. 11, 2010 poof he (or she) disappeared. Aside from one brief reappear-ance in 2014, the world has never heard from Nakamoto though hundreds of millions of people now use the currency he created. My search took me deeper into the emerging world of crypto technology than I ever anticipated. I found myself analyzing the 150 posts Nakamoto had left on Cypherpunk message boards. I studied his coding. He seemed to have a British education, a time zone and a German internet address. From there I found myself crisscrossing the globe in my search for the enigmatic founder of the world s first truly digital Los San the On the way, I crossed paths with many of the crypto world s best and brightest, like Vitalik Buterin, founder of Craig Wright (who claims to be Satoshi Nakamoto but can t prove it).

3 And Muneeb Ali, founder of Blockstack. THE GEORGE GILDER REPORTInto the Cryptocosm:Three Stocks Every Investor Needs to Own2 THE GEORGE GILDER REPORTI set out to find Nakamoto himself, but what I found turned out to be much more valuable. See, as I delved deeper into the crypto world, I found something far bigger and more important than simply a new currency. In fact, I discovered a whole new System of the World that is going to change your life in all kinds of and send shock waves through not just Silicon Valley but the whole world economy. I call it: the now the world s biggest and most powerful companies survive and thrive because they are centralized.

4 They re either tech giants like Goo-gle, Facebook, Amazon and Microsoft that thrive in a porous, insecure internet where they own and control all the data. Or they re big financial institutions like Goldman Sachs, JP Morgan and other Wall Street giants that thrive in a financial system where money is centralized too. What I m here to tell you is the Cryptocosm that s emerging right now which in-cludes Bitcoin is going to completely overturn and destroy this mean, look at the developments we ve seen with Bitcoin recently. Elon Musk s Tesla decided to own $ billion worth on its balance sheet. Around the same time, we saw America s oldest bank, BNY Mellon, open a crypto holding facility for its customers, citing growing client demand.

5 Mastercard has announced it ll incorporate crypto into its payment sys-tems this year. Twitter is considering holding Bitcoin as an asset. Square already has. Then you have Goldman Sachs, JP Morgan and Grayscale. Pretty much any business that needs to use the internet, records trans-actions and tracks data in a secure way which these days is pretty much every business on the planet is getting very excited about blockchain. You have BMW, Ford, Honda, General Motors, Hyundai they re all part of something called the Mobile Open Blockchain Initiative. It s effectively a way of tracking where key components for new cars come from. Then you have De Beers the diamond broker.

6 It uses the blockchain to track where its diamonds are coming from via a new software platform called Tracr. Or General Electric. It tracks where airplane engine parts come from using the blockchain. Foxconn the iPhone manufacturer is de-veloping a smartphone built entirely around the blockchain. Walmart, the 3 THE GEORGE GILDER REPORTU nited Nations, Nestl , Credit Suisse, Royal Dutch Shell, the Depository Trust and Clearing Corp., which has a $10 trillion derivative portfolio they re all moving onto the Cryptocosm is in effect a new form of the internet, built around decentralization, privacy and security. It s an entire ecosystem, encompass-ing everything from blockchain to the internet of things.

7 And very I believe it is going to surpass Bitcoin. It ll be more widely more critical to society and and, ultimately, more lucrative for these returns aren t being driven by a small community of tech nerds and coders. Maybe that was true five years ago. But now all the ENERGY is coming from rapid real-world adoption of decentralized, distributed, often blockchain-based technology which I call the Paradigm Portfolio rests on the COSMs the Microcosm, Telecosm and Cryptocosm. In more detail, the three fundamental technology vec-tors that define the future: the Microcosm for computation and control functions, the Telecosm for communication blending into a re-repre-sentation of the physical world and the Cryptocosm to secure the riches created by the first invest in these for the long term, because they are creating the COSMs are not useful for identifying short-term trading strategies.

8 But they are crucial to the one proven way to amass great wealth from investment: through exponential growth and the magic of compounding, over years and COSMs don t tell us which particular stocks to own for the long haul. However, they do point to ZIP codes, as our friend Andy Kessler likes to say. It is in those ZIP codes we find companies worth visionary COSM paradigm the kind that we specialize in coupled with an undervalued company pursuing opportunities in the COSMs is what we GEORGE GILDER REPORTI gnore the Wall Street NoiseEveryone tells me Intel (INTC) is dead. Don t invest in Intel! Lisa Su of AMD is eating Intel s lunch and Morris Chang and his followers at Taiwan Semiconductor (TSM) are taking over its kitchen.

9 Jensen Huang at Nvidia is usurping its datacenter future in chips for artificial intelligence. Now, I can see why people are down on After peaking at some $78 billion in sales during the COVID computing boom, Intel is guiding sharp-ly lower. To many, the company seems to be in the throes of a DE (digital equipment) dotage when it revelled in vulnerable minicomputer revenues just before going over a lost on the shortsighted analysts and momentum traders during the Q2 21 REPORT was CEO Pat Gelsinger s comment that Intel is only in the early innings of what is likely to be a decade of sustained growth across the s ignore the short-term noise from Wall Street and zero in on Intel s op-portunities beyond the current quarter.

10 There are many, as Gelsinger noted during the Q2 21 is encouraging to see Intel partnering with companies like Qualcomm to develop a major smartphone platform at the 20A node scale. Intel missed a huge opportunity with smartphones under previous management guid-ance. Gelsinger is on a mission to achieve a foothold in the smartphone market, and a successful partnership with Qualcomm (QCOM) would help achieve this will be other partnership opportunities too to expand into new mar-kets, but Gelsinger is keeping the cards close to the vest right company s semiconductor road map requires fully embracing EUV lithography. Gelsinger said EUV will be foundational for all chips starting with the Intel 4 architecture in 2023.

The 48x Back-Door Way to the Cryptocurrency Market

On top of that, Nvidia’s stock price continues to climb despite the chip shortage headlines and supply chain issues. If anything, the demand for Nvidia chips has accelerated even more as more of our lives move to the virtual world. #2: Protect Your Data In May 2017, a ransomware virus known as WannaCry infected over 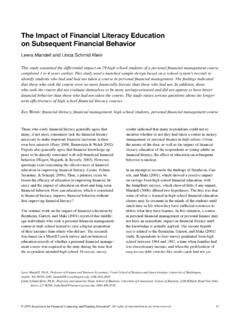 The Impact of Financial Literacy Education on Subsequent ...

(financial literacy) in the functioning of the financial mar-kets (e.g., Morton, 2005; Greenspan, 2003, 2005; Hilgert, Hogarth, & Beverly, 2003; Braunstein & Welch, 2002). Many policy makers believe that the impact of poor decision making due to lack of financial knowledge can be overcome through mandated financial education. For 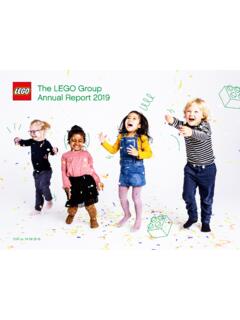 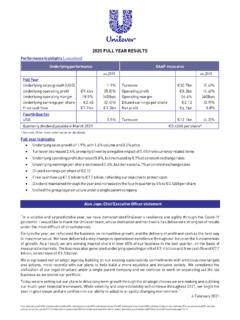 Multi-year financial framework . We will deliver long term value creation by continuing to evolve our portfolio and driving earnings growth, a strong cash ... Lock -downs and restricted living in our mar kets led to lower demand for skin care, deodorants and hair care, which each saw volume and price decline s, most significantly in the