The Importance of History for Economic Development

The Importance of Historyfor Economic DevelopmentNathan NunnDepartment of Economics, Harvard University and NBER, Cambridge,Massachusetts 02138; email: Rev. Econ. 2009. 1:65 92 First published as a Review in Advance on April 22,2009 TheAnnual Review of Economicsis online article s 2009 by Annual rights reserved1941-1383/09/0904-0065$ Wordspath dependence, colonialism, institutions, norms, cultureAbstractThis article provides a survey of a growing body of empiricalevidence that points toward the important long-term effects thathistoric events can have on Economic Development . The most re-cent studies, using microlevel data and more sophisticated identifi-cation techniques, have moved beyond testing whether historymatters and attempt to identify exactly why History matters. Themost commonly examined channels include institutions, culture,knowledge and technology, and movements between multiple equi-libria.

which secure property rights were established in the colony, and through their persistence, ... European countries with a legal system based on Roman civil law—namely Spain, France, and Portugal—transplanted civil law legal systems. La Porta et al. (1997, 1998) used this

1 The Importance of Historyfor Economic DevelopmentNathan NunnDepartment of Economics, Harvard University and NBER, Cambridge,Massachusetts 02138; email: Rev. Econ. 2009. 1:65 92 First published as a Review in Advance on April 22,2009 TheAnnual Review of Economicsis online article s 2009 by Annual rights reserved1941-1383/09/0904-0065$ Wordspath dependence, colonialism, institutions, norms, cultureAbstractThis article provides a survey of a growing body of empiricalevidence that points toward the important long-term effects thathistoric events can have on Economic Development . The most re-cent studies, using microlevel data and more sophisticated identifi-cation techniques, have moved beyond testing whether historymatters and attempt to identify exactly why History matters. Themost commonly examined channels include institutions, culture,knowledge and technology, and movements between multiple equi-libria.

2 The article concludes with a discussion of the questions thatremain and the direction of current research in the Rev. Econ. :65-92. Downloaded from Stanford University - Main Campus - Robert Crown Law Library on 05/21/10. For personal use INTRODUCTIONIn recent years, an exciting new literature has emerged empirically examining whetherhistoric events are important determinants of Economic Development today. The origins ofthis literature can be traced to three lines of research that began roughly one decade & Sokoloff (1997, 2002) examined the Importance of factor endowments andcolonial rule for the subsequent Economic Development of colonies within the et al. (2001, 2002) developed a research agenda that sought to better under-stand the historical origins of current institutions and their Importance for long-termeconomic Development .

3 The line of inquiry undertaken by La Porta et al. (1997, 1998)also examined the Importance of colonial rule, but they focused on the legal institutionsthat were transplanted by the different colonial powers and the long-term consequencesthis had for investor protection and financial united these three lines of research, and what made them particularly novel at thetime, was their analysis of the potential Importance of an historic event, colonial rule, forlong-term Economic Development . These three studies spawned a large literature of empir-ical studies seeking to identify the Importance of historic events for Economic develop-ment. The earliest subsequent studies typically examined correlations between variablesquantifying the impact of historic events, which almost exclusively was colonial rule, witha country as the unit of observation.

4 These initial studies were successful at highlightingcorrelations in the data consistent with the notion that History can matter, even in thelong-run. However, because of their inability to establish causality, the evidence presentedwas suggestive at best. For examples of these early studies, see Grier (1999), Englebert(2000a,b), Bertocchi & Canova (2002), and Price (2003).Since these early contributions, the literature has developed in a number of significantways. Much more effort has been put into collecting and compiling new variables based ondetailed historic data. Recent studies, exploiting these richer data sources, are also able toemploy much more satisfying identification strategies that typically rely on instrumentalvariables, falsification tests, regression discontinuities, differences-in-differences estimation,or propensity score matching techniques: See Acemoglu & Johnson (2004), Banerjee & Iyer(2005), Iyer (2007), Berger (2008), Dell (2008), Huillery (2008a), Nunn (2008a), Nunn &Qian (2008), Nunn & Wantchekon (2009), and Feyrer & Sacerdote (2009).

5 The literature has also moved beyond simply estimating reduced-form causal relation-ships between historic events and Economic Development . For many studies, the goal isalso to explain exactly how and why specific historic events can continue to matter is, the literature has moved from asking whether History matters to asking whyhistory matters: See Acemoglu & Johnson (2004), Acemoglu et al. (2005a), Iyer (2007),Dell (2008), Munshi & Wilson (2008), Nunn (2008b), Nunn & Qian (2008), Nunn &Wantchekon (2009), and Becker & Woessmann (2009).This paper provides a survey of this body of empirical research. I begin by reviewingthe seminal articles by Acemoglu et al. (2001), Engerman & Sokoloff (1997, 2002), andLa Porta et al. (1997, 1998) as well as the body of literature that each contribution hasgenerated.

6 Section 3 reviews the additional evidence from second-generation studiesthat provide identification-based evidence that History matters. Section 4 then surveysthe precise channels of causality that have been examined in the literature. The evidencefor the Importance of (a) multiple equilibria and path dependence, (b) domestic institu-tions, (c) cultural norms of behavior, and (d) knowledge and technology is Rev. Econ. :65-92. Downloaded from Stanford University - Main Campus - Robert Crown Law Library on 05/21/10. For personal use penultimate section of the paper, Section 5, discusses the interesting relationshipbetween geography and History that has developed in the literature. Whereas some studieshave pitted these two factors against each other as alternative determinants of economicdevelopment, other studies have shown that the two factors interact in interesting andimportant ways.

7 As is discussed, the existing body of evidence indicates that the greatesteffect that geography has on Economic Development is through its influence on 6 concludes by discussing the current direction of future THE SEMINAL CONTRIBUTIONSThe literature linking History to Economic Development has its origins in three distinct butrelated strands of research: Acemoglu et al. (2001), La Porta et al. (1997, 1998), andEngerman & Sokoloff (1997, 2002). All three examine one of the largest and mostimportant events in the world s History : European expansion and colonization of theglobe, which began in the sixteenth studies document the lasting impact that Europe s colonization had on the devel-opment paths of former colonies. They also share a common view that an important partof the causal mechanism was the impact that colonial rule had on the domestic institutionsthat persisted after in this light, all three lines of research areconceptually consistent with one another.

8 All three argue that the institutions of a societyare an important determinant of long-term Economic Development and that historicalevents can be an important determinant of the evolution and long-term persistence ofdomestic institutions. Where the studies differ, however, is in their views of which aspectsof colonial rule were crucial for shaping institutions and in the specifics of the proposedcausal La Porta et al. (1997, 1998), the identity of the colonizer determined whether acivil law or common law legal system was established, which was important for long-termdevelopment. Unlike La Porta et al., Engerman & Sokoloff (1997, 2002) and Acemogluet al. (2001) share the common view that the characteristics of the region being colonizedwere crucial factors that determined the effect of colonial rule on long-term economicdevelopment.

9 For Acemoglu et al., the initial disease environment shaped the extent towhich secure property rights were established in the colony , and through their persistence,these initial institutions had a large effect on long-term Economic Development . Engermanand Sokoloff focused on the Importance of a region s endowment of geography suitablefor growing lucrative globally traded cash crops that were best cultivated using large-scaleplantations and slave labor. These large plantations resulted in Economic and politicalinequality, which in turn impeded the Development of institutions that promoted commer-cial interests and long-term Economic growth. I now examine the three seminal contribu-tions as well as the resulting literature that has been generated by La Porta, Lopez-de-Silanes, Shleifer, and VishnyThe core of the analysis by La Porta et al. 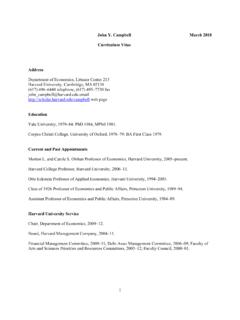 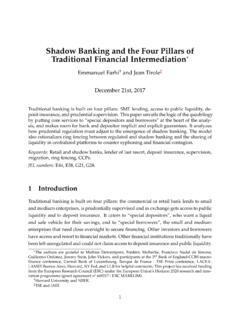 Shadow Banking and the Four Pillars of Traditional ... 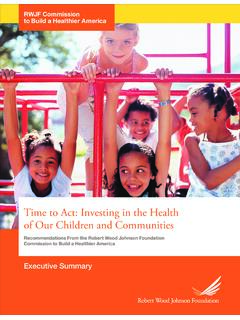 Time to Act: Investing in the Health of Our Children …

enough to act. And we must act now. ... Time to Act: Investing in the Health of Our Children and Communities Executive Summary 3

Children, Communities, Act now, Of our children and communities 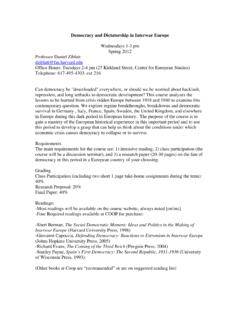 Democracy and Dictatorship in Interwar Europe 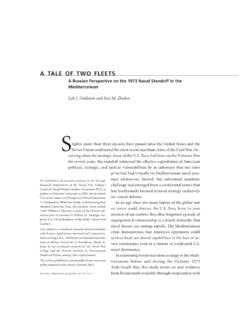 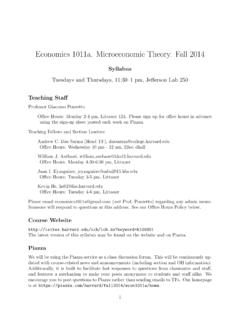 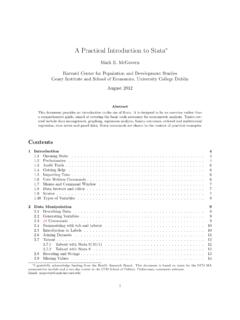 A Practical Introduction to Stata - scholar.harvard.edu 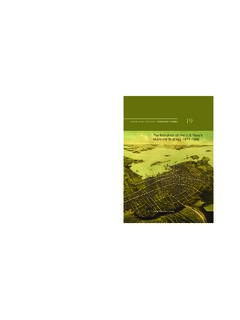 The Evolution of the U.S. Navy’s - Harvard University 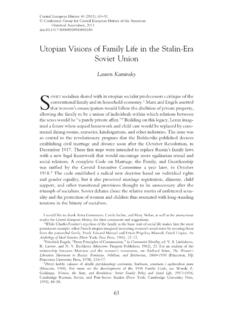 Utopian Visions of Family Life in the Stalin-Era Soviet Union 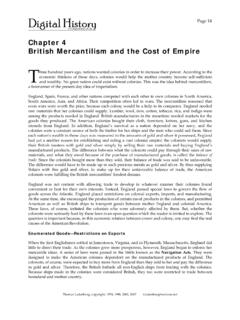 Chapter 4 British Mercantilism and the Cost of Empire T

England, Spain, France, and other nations competed with each other to own colonies in North America, South America, Asia, and Africa. Their competition often led to wars. The mercantilists reasoned that even wars were worth the price, because each colony would be a help to its conqueror. England needed raw materials that her colonies could supply.