496 Stamp [1957: KAR.ACT 34 Rs. 250 is payable to the Bar Council, it is proposed to fix the Stamp duty on the certificate of enrolment at Rs. 250. Opportunity has been taken to make certain other provision found

2 9. Power to reduce, remit or compound duties. B- OF STAMPS AND THE MODE OF USING THEM. 10. Duties how to be paid. 10A. Payment of STAMP duty by cash in certain cases. 11. Use of adhesive stamps. 12. Cancellation of adhesive stamps. 13. Instruments stamped with impressed stamps how to be written. 14. Only one instrument to be on same STAMP . 15. Instruments written contrary to section 13 or 14 deemed unstamped. 16. Denoting duty. 492 STAMP [1957: KAR. ACT 34. C- OF THE TIME OF STAMPING INSTRUMENTS. 17. Instruments executed in the State of KARNATAKA . 18. Instruments executed out of India. 19. Payment of duty on certain instruments liable to increased duty in the State of KARNATAKA . D- OF VALUATIONS FOR DUTY. 20. Conversion of amount expressed in foreign currencies.]

3 21. Stock and marketable securities how to be valued. 22. Effect of statement of rate of exchange or average price. 23. Instruments reserving interest. 24. Certain instruments connected with mortgages of marketable securities to be chargeable as agreements. 25. How transfer in consideration of debt, or subject to future etc., to be charged. 26. Valuation in case of annuity, etc. 27. STAMP where value of subject matter is indeterminate. 28. Facts affecting duty to be set forth in instrument. 28A. Omitted. 28B. Omitted. 29. Direction as to duty in case of certain conveyances. E- DUTY BY WHOM PAYABLE. 30. Duties by whom payable. CHAPTER III. ADJUDICATION AS TO STAMPS. 31. Adjudication as to proper STAMP . 32. Certificate by Deputy Commissioner.

4 CHAPTER IV. INSTRUMENTS NOT DULY STAMPED. 33. Examination and impounding of instruments. 34. Instruments not duly stamped inadmissible in evidence, etc. 35. Admission of instrument where not to be questioned. 36. Admission of improperly stamped instruments. 37. Instruments impounded how dealt with. 1957: KAR. ACT 34] STAMP 493. 38. Deputy Commissioner's power to refund penalty paid under sub- section (1) of section 37. 39. Deputy Commissioner's power to STAMP instruments impounded. 40. Instruments unduly stamped by accident. 41. Endorsement of instruments on which duty has been paid under section 34, 39 or 40. 42. Prosecution for offence against STAMP law. 43. Persons paying duty or penalty may recover same in certain cases. 44. Power to Revenue authority to refund penalty or excess duty in certain cases.

5 45. Non-liability for loss of instruments sent under section 37. 45A. Instrument of conveyance, etc. undervalued how to be dealt with. 45B. Constitution of Central Valuation Committee. 46. Recovery of duties and penalties. 46A. Recovery of STAMP duty not levied or short levied. 46B. Duties, penalties etc, to be certified. CHAPTER V. ALLOWANCES FOR STAMPS IN CERTAIN CASES. 47. Allowance for spoiled stamps. 48. Application for relief under section 47 when to be made. 49. Allowance in case of printed forms no longer required by Corporations. 50. Allowance for misused stamps. 51. Allowance for spoiled or misused stamps how to be made. 52. Allowance for stamps not required for use. 52A. Power of State Government to grant relief. CHAPTER VI.

6 REFERENCE AND REVISION. 53. Control of, and statement of case to, Chief Controlling Revenue Authority. 53A. Revision of order passed by Deputy Commissioner or Authorised officers. 54. Statement of case by Chief Controlling Revenue Authority to High Court. 494 STAMP [1957: KAR. ACT 34. 55. Power of High Court to call for further particulars as to case stated. 56. Procedure in disposing of case stated. 57. Statement of case by other Courts to High Court. 58. Revision of certain decisions of Courts regarding the sufficiency of stamps. CHAPTER VII. CRIMINAL OFFENCES AND PROCEDURE. 59. Penalty for executing, etc., instrument not duly stamped. 59A. Penalty for making false declaration in clearance list. 59B. Penalty for failure to produce documents.]

7 60. Penalty for failure to cancel adhesive STAMP . 61. Penalty for omission to comply with provisions of section 28. 62. Penalty for devices to defraud the revenue. 63. Penalty for breach of rule relating to sale of stamps and for unauthorised sale. 63A. Penalty for contravention of other provisions. 64. Institution and conduct of prosecutions. 65. Jurisdiction of Magistrates. 66. Place of trial. CHAPTER VIII. SUPPLEMENTAL PROVISIONS. 67. Books, etc., to be open to inspection. 67A. Procedure of Chief Controlling Revenue Authority and the Deputy Commissioner and rectification of mistakes. 67B. Power to enter premises and inspect certain documents. 68. Powers to make rules. 69. Saving as to Court Fees. 70. Act to be translated and sold cheaply.

8 71. Repeal and savings. 72. Application of Indian STAMP Act 1899. SCHEDULE. 1957: KAR. ACT 34] STAMP 495. STATEMENTS OF OBJECTS AND REASONS. I. Act 34 of Different rates on STAMP duty are in force in the various areas of the State. As it is very desirable to have the same rates of STAMP duty in all the areas in all areas of new State, Government have decided to undertake legislation to achieve this object. Hence this Bill. The Bill makes provision for the levy of STAMP duty on instruments at the rates in force the Madras Area. (Obtained from Notification L. A. No. 5848 dated 20-6-1957). II. Amending Act 8 of The Government of India have decided that with effect from 1st April 1958, the rates of STAMP Duty should be expressed in decimal coinage.

9 The new rates of non-postal stamps decided upon by the Government of India are in multiples of 5 Naye Paise. It has become necessary, therefore, to amend the Mysore STAMP Act, 1957, to adapt the rates of STAMP Duty decided upon by the Government of India. The Bill is intended to give effect to the new rates of non-postal stamps in decimal coinage, proposed to be brought into force from 1st April 1958. (Published in the Gazette (Extraordinary) Part IV-2A dated 4-3-1958 as No. 51). III. Amending Act 29 of The State Government are committed to raise a sum of Rs. 42 crores by additional taxation. In order to meet the commitments of the schemes in the Second Five Year Plan and implementation of schemes in the Third Five Year Plan, the resources of the State have to be augmented.

10 It is therefore proposed to increase the rates of STAMP duty by fifty per cent in instruments in respect of which the State legislature is competent to levy STAMP duty. With the passing of the Advocates Act, 1961, the roll of Advocates is now maintained by the State Bar council and not by the High Court, As there is no instrument for entry on roll, it is proposed to levy STAMP duty on the certificate of enrolment issued by the Bar council . The Law Ministers Conference held at Srinagar in 1960, has recommended that the total fee payable by a Advocate on enrolment should not, inclusive of the fee payable to the Bar council under the Advocate Act, exceed Rs. 500. Since a fee of 496 STAMP [1957: KAR. ACT 34. Rs. 250 is payable to the Bar council , it is proposed to fix the STAMP duty on the certificate of enrolment at Rs.] 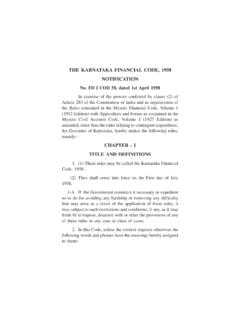 THE KARNATAKA FINANCIAL CODE, 1958 NOTIFICATION No. FD I COD 58, dated 1st April 1958 In exercise of the powers conferred by clause (2) of Article 283 of the Constitution of India and in supersession of 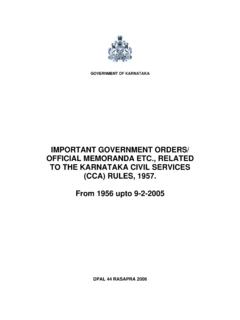 Annexure, Karnataka, Annexure a, The karnataka

THE KARNATAKA MINISTERS SALARIES AND … 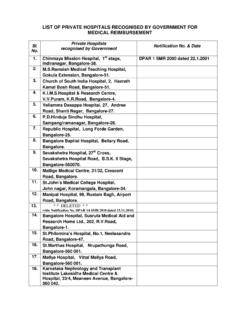 KARNATAKA ACT No. 34 OF 1987 (First published in the Karnataka Gazette Extraordinary on the . Nineteenth day of November, 1987) THE KARNATAKA URBAN DEVELOPMENT AUTHORITIES ACT, 1987 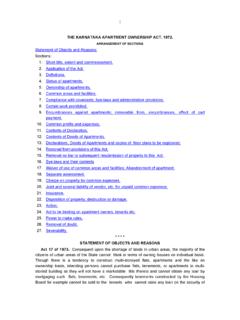 THE KARNATAKA STAMP ACT, 1957 ARRANGEMENT OF SECTIONS Statement of Objects and Reasons Sections: CHAPTER I PRELIMINARY 1. … iii BAR COUNCIL OF INDIA RULES TABLE OF CONTENTS PART I Pages Definitions 1 PART II Matters Relating to the Bar Council of India Chapter I. Election of the Members, Chairman and Vice SUPREME COURT OF INDIA F. No. AOR Exam/June/2018 New Delhi, 6th April, 2018 NOTIFICATION 1. Under Rule 5 (i) and (ii) of Order IV, Supreme Court Rules, 2013 and Regulation 2 of the Regulations regarding Advocates-on-Record Examination made

5 b) must hold a degree of Bachelor of Law of any University established by Law in India and recognized as such under the Advocates Act, 1961;