The State of Food Insecurity in the World The multiple dimensions of food security 2013 FOOD AND AGRICULTURE ORGANIZATION OF THE UNITED NATIONS Rome, 2013

2 Undernourishment accordingly. Therefore, users are advised to refer to Democratic Republic, Lesotho, The former Yugoslav Republic of Tanzania, Zambia, Zimbabwe. 20. In addition to the countries listed in the table, includes: Brunei changes in estimates over time only within the same edition of The Macedonia, Malawi, Mali, Republic of Moldova, Mongolia, *Sudan (former) refers to the former sovereign State of Sudan Darussalam, Myanmar, Timor-Leste. A total of 842 million people in 2011 13, or around Policies aimed at enhancing agricultural productivity State of food Insecurity in the World and refrain from comparing data Nepal, Niger, Paraguay, Rwanda, Swaziland, Tajikistan, prior to July 2011, when South Sudan declared its 21. In addition to the countries listed in the table, includes Occupied one in eight people in the World , were estimated to be and increasing food availability, especially when published in editions for different years.

3 Turkmenistan, Uganda, Uzbekistan, Zambia, Zimbabwe. independence. Data for Sudan (post-2011) and South Sudan are Palestinian Territory. suffering from chronic hunger, regularly not getting smallholders are targeted, can achieve hunger 9. Includes: Antigua and Barbuda, Bahamas, Barbados, Belize, not available. 22. In addition to the countries listed in the table, includes: Antigua 1. World food Summit goal: halve, between 1990 92 and 2015, Cape Verde, Comoros, Cuba, Dominica, Dominican Republic, Fiji 16. "Latin America and the Caribbean" this aggregate includes and Barbuda, Bahamas, Barbados, Dominica, Grenada, Jamaica, enough food to conduct an active life. This figure is reduction even where poverty is widespread. When the number of undernourished people. Islands, French Polynesia, Grenada, Guinea-Bissau, Guyana, developing countries falling under the responsibility of the FAO Netherlands Antilles, Saint Kitts and Nevis, Saint Lucia, Saint lower than the 868 million reported with reference to they are combined with social protection and other 2.

4 Millennium Development Goal 1, target 1C: halve, between Haiti, Jamaica, Kiribati, Maldives, Mauritius, Netherlands Antilles, Regional Office RLC. These include Antigua and Barbuda, Vincent and the Grenadines, Trinidad and Tobago. 2010 12. The total number of undernourished has measures that increase the incomes of poor families to 1990 and 2015, the proportion of people who suffer from New Caledonia, Papua New Guinea, Saint Kitts and Nevis, Saint Argentina, Bahamas, Barbados, Belize, Bolivia (Plurinational State 23. In addition to the countries listed in the table, includes Belize. fallen by 17 percent since 1990 92. buy food , they can have an even more positive hunger. Indicator Proportion of population below minimum Lucia, Saint Vincent and the Grenadines, Samoa, Sao Tome and of), Brazil, Chile, Colombia, Costa Rica, Cuba, Dominica, 24.

6 Making possible equitable economic growth. available data averaged over three years. Some countries may Cambodia, Central African Republic, Chad, Comoros, and the Grenadines, Suriname, Trinidad and Tobago, Uruguay, <5 proportion of undernourished less than 5 percent If the average annual decline of the past 21 years have more recent data, which, if used, could lead to different Democratic People's Republic of Korea, Democratic Republic of Venezuela (Bolivarian Republic of). na not applicable estimates of the prevalence of undernourishment and the Congo, Eritrea, Ethiopia, Gambia, Guinea, Guinea-Bissau, 17. In addition to the countries listed in the table, includes: Cape ns not statistically significant. continues to 2015, the prevalence of Remittances, which have globally become three times consequently of the progress achieved.

7 Haiti, Kenya, Kyrgyzstan, Liberia, Madagascar, Malawi, Mali, Verde, Comoros, Democratic Republic of the Congo, Djibouti, undernourishment will reach a level close to the target. larger than official development assistance, have had 3. Projections. Mauritania, Mozambique, Myanmar, Nepal, Niger, Rwanda, Guinea-Bissau, Sao Tome and Principe, Seychelles, Somalia. Sources: FAO estimates. Meeting it would require considerable and immediate significant impacts on poverty and food security. This 4. Change from 1990 92 baseline. For countries that did not exist Sierra Leone, Somalia, Tajikistan, Togo, Uganda, United Republic in the baseline period, the 1990 92 proportion of of Tanzania, Zimbabwe. additional efforts. report suggests that remittances can help to reduce undernourished is based on 1993 95 and the number of 11. 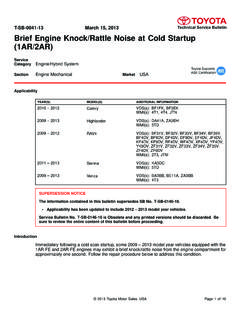 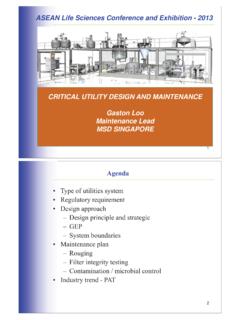 the statistical data for israel are supplied by and under the responsibility of the relevant israeli authorities. the use of such data by the OECD is without prejudice to the status of the Golan Heights, East Jerusalem and israeli settlements