Special Ops Fitness THOR 3. PROgRam Building Modern- Day Warriors By Paul Ragusa, Managing Editor I t is fitting that the Special Operations Command (SOCOM) named its Tactical Human Optimization Rapid rehabilitation and Reconditioning ( THOR3 ). PROgRam after a mythological figure associated with strength and protection of mankind. The THOR3 PROgRam , based on the athletic training model used today by professional strength and conditioning coaches in sports settings, is building stronger, more resilient special operators who are in peak physical shape for deployment, less likely to get injured and able to return to action faster from injury than ever before.

I t is fitting that the U.S. Special Operations Command (SOCOM) named its Tactical Human Optimization Rapid Rehabilitation and Reconditioning (THOR 3) program after a mythological figure associated with strength

1 Special Ops Fitness THOR 3. PROgRam Building Modern- Day Warriors By Paul Ragusa, Managing Editor I t is fitting that the Special Operations Command (SOCOM) named its Tactical Human Optimization Rapid rehabilitation and Reconditioning ( THOR3 ). PROgRam after a mythological figure associated with strength and protection of mankind. The THOR3 PROgRam , based on the athletic training model used today by professional strength and conditioning coaches in sports settings, is building stronger, more resilient special operators who are in peak physical shape for deployment, less likely to get injured and able to return to action faster from injury than ever before.

2 In essence, the PROgRam is building modern-day warriors like Thor. We have had great success with the THOR3 PROgRam , which is designed to increase combat performance, prevent injuries, improve health and longevity and fa fa- cilitate rapid return to duty, says Brig. Gen. Edward M. Reeder Jr., USA, commanding general Army Special Forces Command (Airborne). These profes- sionals are all working in the area of preventative care as well to enhance resilience and stress hardiness. As always, we continue to push the need to select only the most stress-hardy individuals, train them to hone these skills and provide monitoring support and/or treatment when needed to keep them supporting their mission.

4 , drags a 185-pound pulling sled during a mobile VO2 assessment, which monitors oxygen efficiency proportionate to activity level. Members of 3rd Special Forces Group (Airborne) participate in weight training to increase their upper-body strength during a THOR3 workout at Fort Bragg. Photo By CaPt. JENNifER. BoCaNEgRa, 3Rd sPECial foRCEs gRouP (aiRBoRNE). I have guys telling me that they wish they would have had this PROgRam 10 or 20 years ago because they feel stronger and better overall, says Bear. I think THOR3 has been suc- cessful. We get a lot of really good reports coming back from guys and good participation within our group and throughout them to do all of the lifts correctly and teaching them to do a the Army Special Operations Command as well.

5 They come in sound PROgRam , a periodized PROgRam so they can enhance their here skeptical and they leave optimistic because they see how performance and actually have their peak performance while it is helping them. deployed, Bear explains. A big component of THOR3 is injury prevention reducing Standing Up the PROgRam injuries associated with training. Two years ago, Bear was hired to stand up the THOR3 pro- Teaching the guys how to lift and train properly, to work gram and facility at Fort Bragg with the ultimate goal to teach on their nutrition side with the dieticians it all ties into that Airborne soldiers how to train like professional sports athletes, injury prevention piece, says Bear.

6 We have already seen with tailored programs that are operation specific and emphasize some good results and have made great strides at reducing physical readiness as it relates to the mission. injuries soft-tissue injuries caused by either improper lifting Before coming to Bragg, Bear worked as the strength and in the weight room or during training or combat.. conditioning coach for several colleges and professional sports Bear says the key is doing performance-based, athletic train- teams, including the Kansas City Royals and Atlanta Thrash- ing, which is a little bit different than what these guys have ers, and has been designing and overseeing performance-based done before, he points out.

7 The goal is to help reduce sickness training programs for more than 10 years. An impressive team rates and lost time due to illness by increasing immune systems of health and fitness professionals, including strength coaches, through the way they eat and train.. dietitians, physical therapists and cognitive enhancement or The majority of the training is done at the THOR3 facility sports psychology specialists, joined Bear at Fort Bragg, bring- and outside, where trainers add components, simulate scenarios ing further legitimacy to the PROgRam . and put soldiers under stress while they do their movements. Our staff are the backbone of the whole THOR3 PROgRam , The THOR3 facility houses on the strength side Powerlift and they have to get the credit for making it what it is today, free weight equipment, including glute/ham racks, benches says Bear.

9 GOVERNMENT RECREATION & FITNESS JuNE 2012. Special Ops Fitness Jump Stretch Bands; and Power Systems jump ropes, stretching pads and other accessories. We do follow the athletic model so we do a lot of Olympic lifting, and utilize a lot of body weight exercises so we teach them how to use their body the right way, Bear explains. So, we break down the components of the kinetic chain to try and teach them to use lower, middle and upper, and use them in the right way. Olympic lifting does accomplish that and we use Fort Bragg is a traditional and nontraditional leader in perfor- methods. mance-based train- The team also teaches sol- ing.

10 In addition to the diers to stay fit and sharp during THOR3 facility, the Frederick (seen here). deployment. and Tucker Human A lot of our lifting that is Performance Centers done downrange is nontradi- exemplify this. tional for the fact of what they have by way of equipment, he says. So we try to incorporate and stretching pads. into the training some of the things that they will have when We created the kit so that if our guys have nothing where they deploy. Simple things such as rocks or stones, so they will they are deployed, they at least have what is in that box, he be able to squat with it, clean with it or throw it to train in the notes. 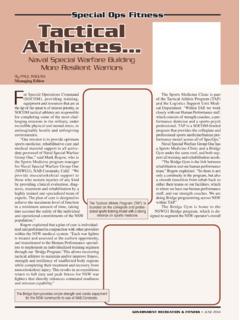 F or Special Operations Command (SOCOM), providing training, equipment and resources that are at the tip of the spear is of utmost priority, as 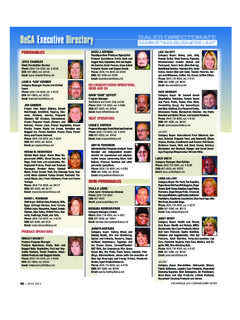 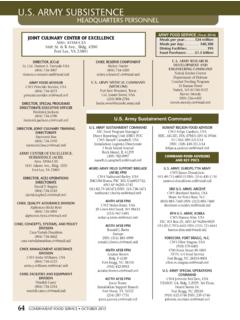 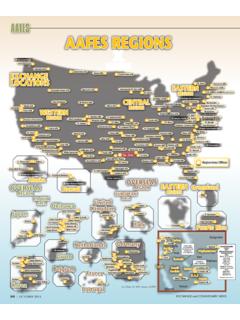 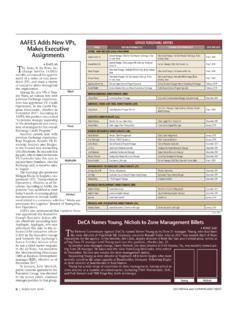 T he Army & Air Force Ex • DALLAS - change Service (AAFES) recently announced the appoint-ment of a series of vice presi-dents (VP), and made a variety 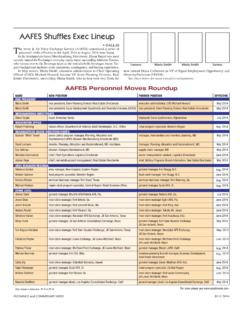 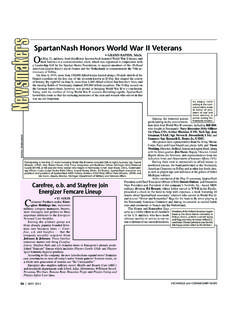 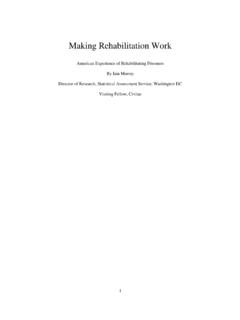 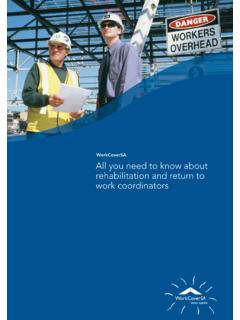 All you need to know about rehabilitation and …

All you need to know About rehAbilitAtion And return to work coordinAtors 5 The facts Do I need to appoint a coordinator? if you employ more than 30 workers (regardless of how many hours they work), you 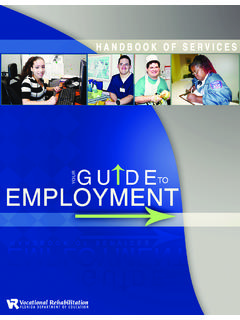 97 Chapter 4 Rehabilitation to a person achieving and maintaining optimal functioning in interaction with their environ-ment, using the following broad outcomes:

CLEVELAND CLINIC BACK AND NECK CENTERS

Our purpose The Cleveland Clinic Back & Neck Centers have been established to provide the most advanced and eff ective care for spinal (back and neck) problems,