2 A total of 198 events involving insulin and dextrose for Treating hyperkalemia were identified by analysts in reports submitted to the Pennsylvania Patient Safety Authority between January 1, 2005, and December 31, 2016. The three most commonly reported types of events were delayed dose (n = 42), wrong route (n = 41), and wrong dose/over dosage (n = 15). Hypoglycemic episodes were reported in 57 of 198 patients. Standardized treatment protocols, including proper monitoring, can help prevent and detect errors with insulin administration for this indication. Introduction hyperkalemia can be a serious, sometimes life-threatening condition that is defined as a serum potassium level greater than 5 Most (about 98%) of the body's potassium is located inside Potassium, which is a positively charged ion, plays a role in maintaining the cell's resting membrane potential; therefore, disturbances in the gradient ( , extracellular hyperkalemia ) can negatively impact neuromuscular and cardiac The effects of hyperkalemia on cardiac contractility can be detected on an electrocardiogram as peaked T-waves, a prolonged PR-interval, and a widened QRS-interval.

3 In severe cases, this can lead to bradyarrhythmias, ventricular fibrillation, and ,2. 8/30/2017. Treating hyperkalemia : Avoid Additional harm When Using Insulin and Dextrose | Advisory Page 2 of 11. About 80% of potassium is excreted renally, making patients with chronic kidney disease most at risk for developing ,2 Although decreased elimination is one factor, other causes for the development of hyperkalemia include increased potassium ingestion, iatrogenic causes, and the shifting of potassium from the intracellular to the extracellular Elevated potassium levels should be evaluated for accuracy because pseudohyperkalemia can result when a blood sample is hemolyzed, such as from a traumatic blood draw; when the leukocyte or platelet count is extremely elevated; or when the specimen is drawn above the site where a potassium-containing fluid is ,3,4.

4 Goals for Treating hyperkalemia include stabilizing cardiac membranes with intravenous calcium, shifting potassium back into the cell, and enhancing potassium ,5 Short-acting insulin, usually given with dextrose to prevent hypoglycemia, rapidly redistributes potassium into the cells and is considered first-line treatment for severe ,5 However, this redistribution is temporary, so other therapies that enhance the elimination of potassium from the body should also be ,2. Guidelines from the American Heart Association recommend Treating adults who have severe cardiotoxicity or cardiac arrest due to hyperkalemia with an infusion of 25 grams of 50% dextrose mixed with 10 units of regular insulin infused intravenously over 15 to 30 However, in the literature there is extensive variability in the type of insulin that should be used, the dose, and the time over which it should be administered.

5 The two types of insulins used for Treating hyperkalemia include rapid-acting insulin analogs ( , insulin aspart and insulin lispro) and regular ,7. Doses between 5 and 20 units of insulin administered intravenously as a bolus or up to a 60-minute infusion have been reported in the ,2,5 There is also inconsistency in the amount of dextrose that should be given with insulin, with doses ranging from 25 to 100 ,5 Despite the use of dextrose, hypoglycemia is still a relatively common The potential for error and patient harm is considerable because of the severity of the condition, urgency of the situation, the variability in dosing regimens described in the literature, and the use of insulin, which is included on the "ISMP List of High-Alert Medications in Acute Care Settings.

6 "8. The purpose of this article is to identify the types of events, both harmful and harmless, that occur when insulin is ordered to treat hyperkalemia , to prevent harm by encouraging the use of best practices when using insulin to treat hyperkalemia , and to propose possible risk reduction strategies. Methods Analysts queried the Pennsylvania Patient Safety Reporting System (PA-PSRS) database for events in which insulin was used to treat hyperkalemia . PA-PSRS reporters can choose from ten different categories of event types to select the one they feel is most appropriate for a given Incident or Serious Event. For this reason, the query searched free- text data fields of the event description of all event types using variations of and wildcards for the following keywords: hyperkalemia , potassium, elevated potassium, high potassium, and critical potassium.

7 The query also searched the drug-name fields of medication errors and adverse drug reactions (the two event categories that have discrete medication name fields) and the event descriptions of all events using variations of and wildcards for currently available insulin products ( , humul%, novol%), Kayexalate , and polystyrene. One hundred ninety-eight events met the inclusion criteria and were included in the final analysis. Event reports were included if insulin was used for Treating hyperkalemia and an error or adverse drug event occurred with insulin and/or dextrose. The initial search returned 1,565 events that occurred between January 1, 2005, and December 31, 2016, but 1,367 events were eliminated because they did not meet inclusion criteria.

8 An example of an excluded event follows.*. 8/30/2017. Treating hyperkalemia : Avoid Additional harm When Using Insulin and Dextrose | Advisory Page 3 of 11. An order received in pharmacy at 2000 read "If K+ [potassium] [lower limit of normal range] then give K-Lyte [potassium bicarbonate and potassium chloride; to treat low potassium levels] 50 mEq via peg tube BID x 1 day." Order was entered and dispensed by the pharmacy as Kayexalate [sodium polystyrene sulfonate to treat high potassium levels] 30 g PO BID. No potassium level was returned on the patient until 0600 [the next day]. The floor contacted the pharmacy to report the dispensing error. The Kayexalate was retrieved. Reporters assigned harm scores, which are adapted from the National Coordinating Council for Medication Error Reporting and Prevention harm index,9 and categorized events based on the event type.

9 Events classified as dose omission, wrong time, and prescription/refill delayed were combined and included in the analysis as "dose delayed". because reporters reported similar events using these three event types. An example of a dose delayed event follows: The physician order was entered at 0600; [made] frequent phone calls to pharmacy requesting drug; K+ level ; Kayexalate was [ordered to be given] now; did not arrive until 1000; insulin did not arrive until 0850; confusion about insulin in [the automated dispensing cabinet (ADC)] when it was not there. The frequency of hypoglycemic episodes associated with insulin administration for Treating hyperkalemia was studied in this analysis. Based on guidelines from the American Diabetes Association (ADA), blood glucose values less than 54 mg/dL are considered clinically Results were stratified using 54 mg/dL as a marker for morbidity.

10 _____. * The details of the PA-PSRS event narratives in this article have been modified to preserve confidentiality. Results Events involving insulin and/or dextrose to treat hyperkalemia were classified by reporters under several different event types (Figure 1). The majority of reports ( ; n = 132 of 198) were coded as medication errors. However, the event type selected by the reporter does not always match what is described in the event description. For example, the following report, which described a preventable event, was categorized as an unpreventable "adverse drug reaction (not a medication error):". Physician used hyperkalemia order set to order insulin for hyperkalemia ; however, ordered dose that was 10-fold too high, so patient had hypoglycemia that required Additional dextrose bolus. 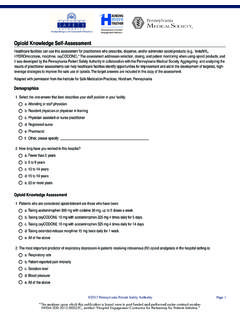 Opioid Knowledge Self-Assessment Healthcare facilities can use this assessment for practitioners who prescribe, dispense, and/or administer opioid products ... 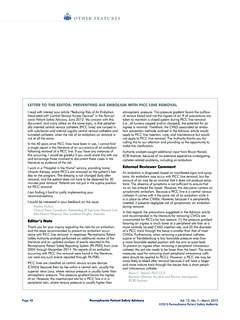 Letter to the Editor: Preventing Air Embolism with PICC ...

letter to the editor: preventing air embolism with picc line removal I read with interest your article “Reducing Risk of Air Embolism Associated with Central Venous Access Devices” in the Pennsyl- 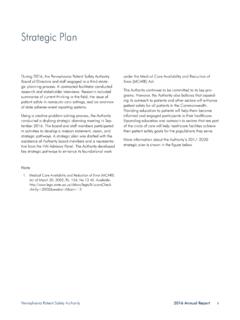 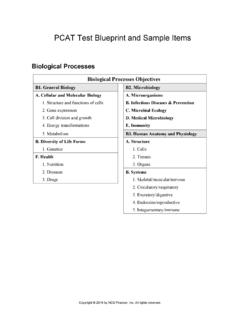 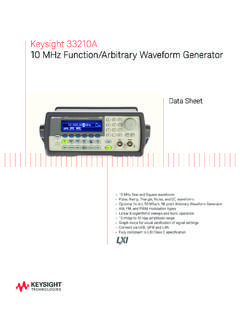 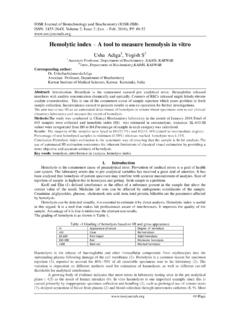 Hemolytic index A tool to measure hemolysis in vitro

Hemolytic index – A tool to measure hemolysis in vitro www.iosrjournals.org 50 |Page previous studies have used subjective visual assessment (7–9, 10–12) or the analysis of free haemoglobin with 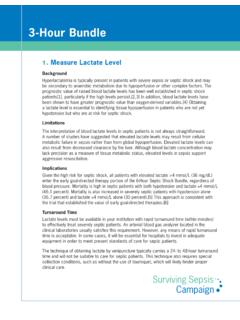 3-Hour Bundle 1. Measure Lactate Level Background Hyperlactatemia is typically present in patients with severe sepsis or septic shock and may be secondary to anaerobic metabolism due to hypoperfusion or other complex factors. 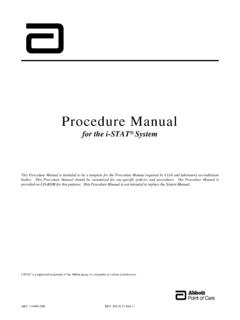 PROCEDURE MANUAL FOR THE i-STAT SYSTEM 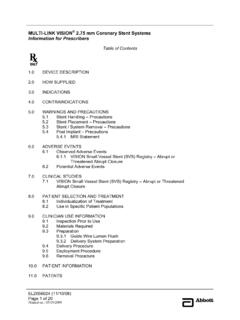