• json-schema.orghas a number of resources, including the ofﬁcial speciﬁcation and tools for working with JSON Schema from various programming languages. • There are a number ofonline JSON Schema toolsthat allow you to run your own JSON schemas against example documents. These can be very handy if you want to try things out without ...

2 Vocabularies ..705 Structuring a complex Identification .. URI .. URI .. $id .. Pointer .. $anchor .. $ref .. $defs .. Recursive Schemas ..806 Acknowledgments83 Index85iiUnderstanding json Schema , Release 2020-12 json Schema is a powerful tool for validating the structure of json data. However, learning to use it by reading itsspecification is like learning to drive a car by looking at its blueprints. You don t need to know how an electric motorfits together if all you want to do is pick up the groceries. This book, therefore, aims to be the friendly driving instructorfor json Schema . It s for those that want to write it and understand it, but maybe aren t interested in building theirown car er, writing their own json Schema validator just :This book describes json Schema draft 2020-12. Earlier versions of json Schema are not completelycompatible with the format described here, but for the most part, those differences are noted in the to begin?

3 This book uses some novelconventions(page 3) for showing Schema examples and relating json Schema toyour programming language of choice. If you re not sure what a Schema is, check outWhat is a Schema ?(page 7). The basics(page 11) chapter should be enough to get you started with Understanding the coreJSON SchemaReference(page 15). When you start developing large schemas with many nested and repeated sections, check outStructuring acomplex Schema (page 73). has a number of resources, including the official specification and tools for working with JSONS chema from various programming languages. There are a number of online json Schema tools that allow you to run your own json schemas against exampledocuments. These can be very handy if you want to try things out without installing any json Schema , Release 2020-122 ContentsCHAPTER1 Conventions used in this book Language-specific notes(page 3) Draft-specific notes(page 4) Examples(page 4) Language-specific notesThe names of the basic types in JavaScript and json can be confusing when coming from another dynamic m a Python programmer by day, so I ve notated here when the names for things are different from what they are inPython, and any other Python-specific advice for using json and json Schema .

4 I m by no means trying to create aPython bias to this book, but it is what I know, so I ve started there. In the long run, I hope this book will be usefulto programmers of all stripes, so if you re interested in translating the Python references into Algol-68 or any otherlanguage you may know, pull requests are welcome!The language-specific sections are shown with tabs for each language. Once you choose a language, that choice will beremembered as you read on from page to example, here s a language-specific section with advice on using json in a few different languages:PythonIn Python, json can be read using the json module in the standard Ruby, json can be read using the json json Schema , Release 2020-12 CFor C, you may want to consider using Jansson to read and write Draft-specific notesThe json Schema standard has been through a number of revisions or drafts . The current version is Draft 2020-12,but some older drafts are still widely used as text is written to encourage the use of Draft 2020-12 and gives priority to the latest conventions and features, butwhere it differs from earlier drafts, those differences are highlighted in special call-outs.

5 If you only wish to target Draft2020-12, you can safely ignore those in draft 2020-12 Draft 2019-09 This is where anything pertaining to an old draft would be ExamplesThere are many examples throughout this book, and they all follow the same format. At the beginning of each exampleis a short json Schema , illustrating a particular principle, followed by short json snippets that are either valid orinvalid against that Schema . Valid examples are in green, with a checkmark. Invalid examples are in red, with a there are comments in between to explain why something is or isn t :These examples are tested automatically whenever the book is built, so hopefully they are not just helpful, butalso correct!For example, here s a snippet illustrating how to use thenumbertype:{ json Schema }{ "type": "number" }!42!-1 Simple floating point number:4 Chapter 1. Conventions used in this bookUnderstanding json Schema , Release 2020-12! notation also works:!

6 As strings are rejected:%"42" Examples5 Understanding json Schema , Release 2020-126 Chapter 1. Conventions used in this bookCHAPTER2 What is a Schema ?If you ve ever used XML Schema , RelaxNG or you probably already know what a Schema is and you canhappily skip along to the next section. If all that sounds like gobbledygook to you, you ve come to the right place. Todefine what json Schema is, we should probably first define what json stands for JavaScript Object Notation , a simple data interchange format. It began as a notation for the worldwide web. Since JavaScript exists in most web browsers, and json is based on JavaScript, it s very easy to supportthere. However, it has proven useful enough and simple enough that it is now used in many other contexts that don tinvolve web its heart, json is built on the following data structures: object:{ "key1": "value1", "key2": "value2" } array:[ "first", "second", "third" ] string:"This is a string" boolean:truefalse null:7 Understanding json Schema , Release 2020-12nullThese types have analogs in most programming languages, though they may go by different following table maps from the names of json types to their analogous types in Python:JSONP ythonstringstringnumberint/floatobjectdi ctarraylistbooleanboolnullNone454 Since json strings always support unicode, they are analogous tounicodeon Python andstron Python does not have separate types for integer and following table maps from the names of json types to their analogous types in Ruby.

7 JSONR ubystringStringnumberInteger/Floatobject HasharrayArraybooleanTrueClass/FalseClas snullNilClass66 json does not have separate types for integer and these simple data types, all kinds of structured data can be represented. With that great flexibility comes greatresponsibility, however, as the same concept could be represented in myriad ways. For example, you could imaginerepresenting information about a person in json in different ways:{"name": "George Washington","birthday": "February 22, 1732","address": "Mount Vernon, Virginia, United States"}{"first_name": "George",(continues on next page)8 Chapter 2. What is a Schema ? Understanding json Schema , Release 2020-12(continued from previous page)"last_name": "Washington","birthday": "1732-02-22","address": {"street_address": "3200 Mount Vernon Memorial Highway","city": "Mount Vernon","state": "Virginia","country": "United States"}}Both representations are equally valid, though one is clearly more formal than the other.

9 {"first_name": "George","last_name": "Washington","birthday": "1732-02-22","address": {"street_address": "3200 Mount Vernon Memorial Highway","city": "Mount Vernon","state": "Virginia","country": "United States"}}You may have noticed that the json Schema itself is written in json . It is data itself, not a computer program. It s justa declarative format for describing the structure of other data . This is both its strength and its weakness (which itshares with other similar Schema languages). It is easy to concisely describe the surface structure of data, and automatevalidating data against it. However, since a json Schema can t contain arbitrary code, there are certain constraintson the relationships between data elements that can t be expressed. Any validation tool for a sufficiently complexdata format, therefore, will likely have two phases of validation: one at the Schema (or structural) level, and one atthe semantic level.

10 The latter check will likely need to be implemented using a more general-purpose 2. What is a Schema ?CHAPTER3 The basics Hello, World!(page 11) The type keyword(page 12) Declaring a json Schema (page 13) Declaring a unique identifier(page 13)InWhat is a Schema ?(page 7), we described what a Schema is, and hopefully justified the need for Schema , we proceed to write a simple json Hello, World!When learning any new language, it s often helpful to start with the simplest thing possible. In json Schema , an emptyobject is a completely valid Schema that will accept any valid json .{ json Schema }{ }This accepts anything, as long as it s valid json !4211 Understanding json Schema , Release 2020-12!"I'm a string"!{ "an": [ "arbitrarily", "nested" ], "data": "structure" }New in draft 6 You can also usetruein place of the empty object to represent a Schema that matches anything, orfalsefor a schemathat matches nothing.{ json Schema }trueThis accepts anything, as long as it s valid json ! 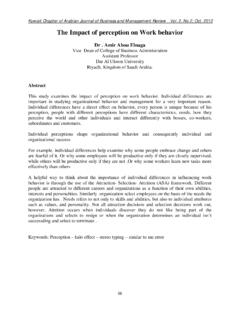 The Impact of perception on Work behavior

a schema is a framework embodying descriptions of people , situations or objects. Like us all, managers use schemas to make better sense of information. A number of useful schemas for managers are:- Personal – based. Managers employ a … 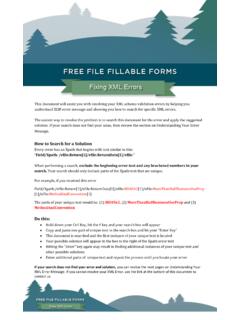 How to Search for a Solution - IRS tax forms 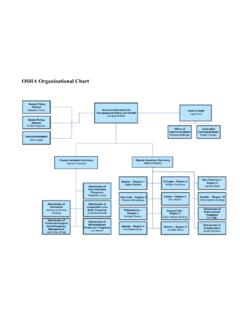