3 This is because they have a Power supply design known as a "capacitor input switch mode Power supply". In a study done by PC. Magazine, it was found that typical personal computer systems exhibit a Power factor of .65 which means that the apparent Power (VA) was 50% larger than the actual Power (Watts)! Information Technology equipment including servers, routers, hubs, and storage systems almost universally use a different Power supply design known as " Power Factor Corrected". These devices present a very linear load to the AC supply and do not generate harmonic currents. In fact they are one of the cleanest loads on the Power grid and generate less harmonic current than many other devices such as fluorescent lighting or variable speed motors. Ten years ago, these devices were nonlinear loads like Personal Computers, but today all of these loads are subject to international regulation IEC 1000-3-2 which require them to be made with the " Power Factor Corrected" design.

5 The UPS, then choosing a UPS with a Watt rating greater than or equal to the VA rating of the load will always ensure a safety margin. Power factor has an important implication in the specification of UPS run time on battery. Battery run time is dictated by the watt load on the UPS. However, when many UPS manufacturers specify run time at full load they are referring to full VA load, not the full watt load. For example, a UPS rated at 10,000 VA may be rated for 20 minutes of run time at full load. In the fine print it notes that this full load is at a .65 Power factor. Therefore the load for the run time specification is really only 6500 Watts. The same UPS may have a 9000. W rating. This means that the run time was provided at 6500/9000 or 72% of the full load watt rating of the UPS. At 72% of the Watt rating the UPS may run almost 70% longer than at the real full load Watt rating. So this UPS which claimed to have 20 minutes of run time may only provide 12 minutes of run time at the true full load Watt rating.

6 To overcome this confusion, always make sure run time specifications are based on Watt loads, and not VA loads. Manufacturers of smaller desktop UPS often only include VA specifications for their UPS products. When the Watt rating of a UPS is not furnished, it can be very difficult to determine if the UPS is capable of supplying a specific load. Lower cost UPS products often have a Watt rating of 50% of the nameplate VA. rating. This can cause confusion, for example a 1000VA UPS that will not run a 600W load (the Watt load rating is either not provided or in the fine print and in reality is only 500W). In addition to their contribution to Power factor, harmonics have other implications in Power system design. These are discussed in detail in APC White Paper #26, Hazards of Harmonics and Neutral Overloads . Crest factor In addition to a low Power factor, some computer loads are also unusual in that they exhibit a very high Crest factor.

9 In fact, computer manufacturers go to great lengths to reduce the Crest factor of the computer because high Crest factor causes overheating of Power supply components. The reduction in Crest factor which occurs when a computer load is operated from a UPS, surge suppressor, or Power conditioner is a positive side benefit, except if the reduction is accompanied by excessive distortion of the input voltage waveform to the computer load. Such distortion may result in a significantly reduced peak voltage being supplied to the load, which is equivalent to a brownout condition. The UPS or line conditioner must be designed to maintain the proper peak voltage. Typical sine wave UPS systems such as the APC Symmetra or Smart-UPS models have a Crest factor capability of approximately 3 when operated at full load, 4 when operated at 1/2 load, and 8 when operated at 1/4 load. Typical smaller stepped wave models such as the APC Back-UPS have a Crest factor capability of at full load and 2 at 1/2 load.

10 UPS systems with this performance will maintain the proper peak voltage into the computer load for computers with any input Crest factor specification. Lower quality UPS systems on the market have limited peak output current capability and consequently low Crest factor performance and will distort the output voltage under personal computer loads. Typically this does not cause a malfunction with smaller PC installations. However in large multi-PC installations such as call centers can cause significant degradation of the UPS output waveform. In these cases it is not uncommon to see a UPS output waveform that is nearly a square-wave. This situation can cause various types of office machines to malfunction. The fact that virtually all equipment installed in data centers today such as servers, routers, and storage devices are Power factor corrected has virtually eliminated Crest factor as a problem in the data center.

2005 American Power Conversion. All rights reserved. No part of this publication may be used, reproduced, photocopied, transm itted, or stored in any retrieval system ...

Fundamental Principles of Air Conditioners for … 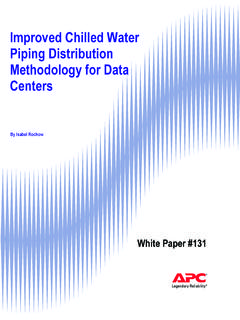 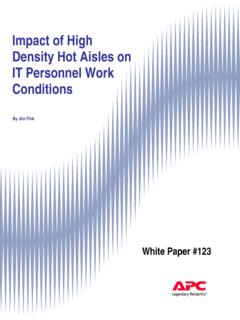 Impact of High Density Hot Aisles on IT Personnel … 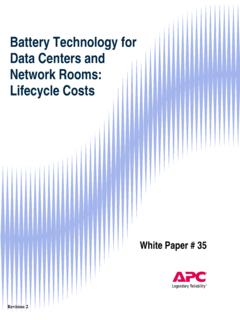 The average data center is entitled to a 75% savings in battery life cycle costs. If the battery system could simply be matched to the initial load and then expanded as needed, this cost could be avoided. 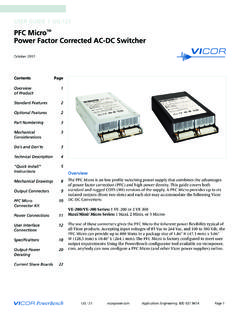 How Harmonics have Contributed to Many Power …

Power, Factors, Have, Power factor, How harmonics have contributed to many power, Harmonics, Contributed, Many, Corrected 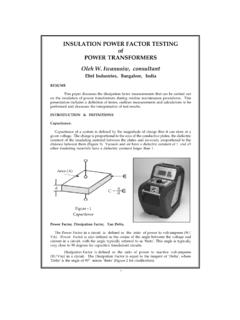