Use of Allografts and Chapter 29 Reconstruction of ...

5 Modular intercalary prostheses provide the flexibility toeasily convert to a conventional endoprosthetic replacement ei-ther at initial surgery or for later revisions by using joint-replac-ing modules at either end of the Anatomic considerations in the femur include the anteriorbow, femoral anteversion, and the proximity of the superficialfemoral artery to the distal femur near the adductor hiatus. Anatomic considerations in the tibia include the limited softtissue coverage anteromedially and the proximity of the poste-rior tibial neurovascular bundle to the posteromedial tibia.

6 Anatomic considerations in the humerus include the prox-imity of the radial nerve to the posterior midhumeral shaft. Anatomic considerations in the forearm include the HISTORY AND PHYSICAL FINDINGS Table 1 outlines methods for examining the patient with amass or suspected tumor. Important aspects of the patient history include: Onset of mass or pain Progression of growth or pain Constitutional symptoms (fevers, chills, night sweats,weight loss) Personal or family history of cancerIMAGING AND OTHER STAGING STUDIES Radiographs are the primary imaging study used in forminga differential diagnosis of bone lesions.

8 Virkus, Robert M. Henshaw, Benjamin Miller, and Steven GitelisUse of Allografts andSegmental Prostheses forReconstruction of SegmentalBone 5/13/09 9:13 AM Page 1imity of neurologic and vascular structures, the intraosseous ormarrow extent of tumor, and extension into an adjacent joint. Sagittal and coronal MRI images are extremely useful in plan-ning the resection length; measurements from the adjacent jointsto the planned levels of osteotomy are made to provide a repro-ducible method of identifying the levels intraoperatively. The role of positron emission tomography (PET) scanninghas yet to be defined for sarcomas.

9 It likely plays a role in theassessment of metastatic MANAGEMENT The main surgical decisions to be made when performing anintercalary resection are the type and length of fixation and theneed for supplemental vascularized fibula graft. Plate fixation allows for Reconstruction with standard os-teosynthesis techniques. Plate fixation allows for compression across the allograft hostjunctions, which likely improves healing. Plate fixation results in screw holes in the allograft, which isthought to contribute to late allograft fracture. Intramedullary fixation of Allografts requires additional in-cisions but likely provides stronger fixation. 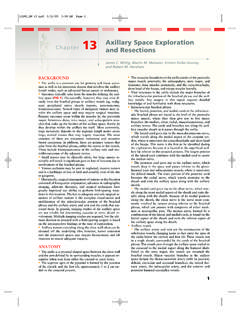 Giant Cell Tumor of the Hand: Superior Results With ...

Hand function is compromised and the procedures are cosmetically mutilating. Cryosurgery using liquid nitrogen is an effective adjunct to curettage for treatment of giant cell tumors 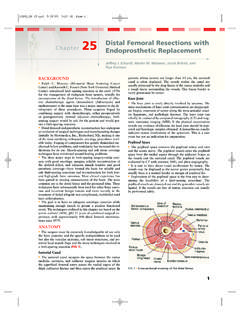 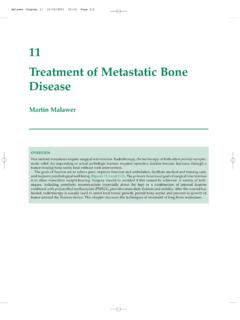 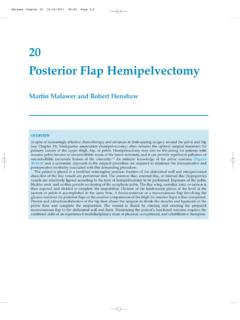 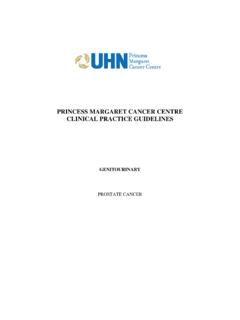 3 Last Revision Date – October 2015 1. UINTRODUCTION U Prostate cancer is the most frequently diagnosed cancer in Canadian males accounting for 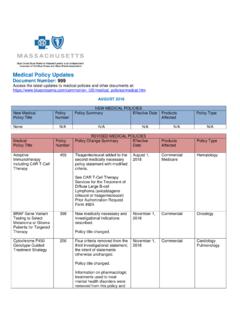