Module 4 Amplifiers Amplifier Circuits Introduction to Impedance and Bandwidth Control. What you'll Learn in Module 4. Modified Response Curves Section Introduction to Impedance and Previous modules Bandwidth Control. have concentrated on Recognise the need for changing the producing a flat shape of an Amplifier 's frequency response. frequency response over the required Section Input Compensation. audio frequency Describe typical input correction Circuits . range. It is sometimes necessary however, to Section Amplifier Controls. modify the flat Describe typical tone control Circuits . response of an audio Amplifier by making Section Amplifiers and Impedance. particular stages of the Amplifier frequency Describe typical Circuits for controlling dependent. This can be achieved by modifying impedance. either the response of one or more of the Amplifier stages, or the response of a negative feedback path.

1 Module 4 Amplifiers Amplifier Circuits Introduction to Impedance and Bandwidth Control. What you'll Learn in Module 4. Modified Response Curves Section Introduction to Impedance and Previous modules Bandwidth Control. have concentrated on Recognise the need for changing the producing a flat shape of an Amplifier 's frequency response. frequency response over the required Section Input Compensation. audio frequency Describe typical input correction Circuits . range. It is sometimes necessary however, to Section Amplifier Controls. modify the flat Describe typical tone control Circuits . response of an audio Amplifier by making Section Amplifiers and Impedance. particular stages of the Amplifier frequency Describe typical Circuits for controlling dependent. This can be achieved by modifying impedance. either the response of one or more of the Amplifier stages, or the response of a negative feedback path.

2 Section NFB Quiz. Fig. shows (shaded green) stages where such Test your knowledge & understanding of impedance and tone control in audio modification will take place, the remaining stages amplifiers. having a flat response curve. Modifying Input and Output Impedance. The importance of an Amplifier 's input and output impedance is discussed in AC Theory Module 7, and using NFB to control impedance is described in Amplifiers Module Module describes some other Amplifier Circuits that are commonly used to control the values of input and output impedances in Amplifier Circuits . Fig. Controlling the Response Curve of an Audio Amplifier AMPLIFIERS MODULE 1 E. COATES 2007 -2012. Amplifier Circuits Module Amplifier Input Compensation What you'll Learn in Module After studying this section, you should be able to: Recognise the need for changing the shape of an Amplifier 's frequency response. Understand the operation of typical Circuits for: Input Compensation.

3 Line Level. Phono De-emphasis. Input Compensation Pre amplifiers are designed to increase the signal voltage amplitude of input devices to a level suitable for the input to a power Amplifier . Pre-amplifiers often need a number of different inputs, each with a different gain and/or different input impedance. This is to ensure that each device connected to the various inputs provides (after pre-amplification) an output level sufficient to drive the input of a power Amplifier and provide full power (when full volume is used) and minimum noise. Line Level This pre Amplifier output is usually called Line level' and most amplifiers will have a line in and a line out socket, on PC sound cards these are normally coloured pale green and light blue respectively. The actual line level measured in volts varies between different types of equipment but is around 1 Vpp on consumer equipment to on professional equipment.

4 With some input devices such as CDs or radio tuners, little or no pre-amplification is needed but devices such as microphones, phono inputs and guitar pickups provide much lower signal levels and need specially adapted inputs to the pre- Amplifier . Fig. Two Stage Pre-amp with Input Compensation AMPLIFIERS MODULE 2 E. COATES 2007 - 2012. Amplifier Circuits Phono Inputs Inputs for phono cartridges used for playing legacy vinyl discs have an output of only a few millivolts and so need substantial amplification to reach line level. They also need the frequency response to be modified, due to the pre-emphasis' applied to these discs during recording. Fig. shows a two stage pre- Amplifier circuit in which the negative feedback is applied via resistors selected by the input selector switch, allowing different gain levels to be set by choosing one of three resistors (R7, R8 or R9) which will form a potential divider with R3 to set the gain.

5 R9 (selected in the phono' position of SW1) also has capacitors connected in series and in parallel with it to form a frequency selective network. The phono input is designed to accept a low level input from a record pick up. RIAA Pre-emphasis Vinyl discs recorded to the RIAA (Recording Industry Association of America) standard have the high frequency end of their spectrum excessively amplified during the recording process and the lower frequencies reduced in amplitude. This has two main beneficial effects, firstly amplifying the higher frequencies gives a significant improvement in the signal to noise ratio. Vinyl discs are prone to surface noise in the form of a high frequency hiss; increasing the signal amplitude of the higher frequencies during recording makes the HF signal much louder than the hiss, then reducing the amplitude of the boosted high frequencies (the signal along with the hiss) back to a normal' level during playback, restores a level frequency response at the same time as reducing the hiss to a much lower level, greatly reducing the apparent surface noise.

6 A second advantage of reducing the amplitude of the lower frequencies during the recording of vinyl discs, is that it reduces the amount of side-to-side movement required by the groove-cutting stylus and so makes a narrower groove, this allows more information to be recorded on the same diameter disc. The result of this pre-emphasis is the standard RIAA curve shown in Fig. This curve governs the amount of pre-emphasis applied and so requires the Amplifier to have a similar but opposite sloping de-emphasis' curve to produce a flat response. Fig. RIAA Pre-Emphasis Curve AMPLIFIERS MODULE 3 E. COATES 2007 - 2012. Amplifier Circuits Module Amplifier Controls What you'll Learn in Module After studying this section, you should be able to: Understand typical Circuits used for tone control in audio amplifiers. Tone Control. Passive Bass - Treble Control. Active Bass - Treble Control. IC control of common Amplifier functions.

7 Tone Control Tone Control, shown in its most basic form in Fig. provides a simple means of regulating the amount of higher frequencies present in the output signal fed to the loudspeakers. a simple method of achieving this is to place a variable CR network between the voltage Amplifier and the power Amplifier stages, The value of C1 is chosen to pass the higher audio frequencies, this has the effect of progressively reducing the higher frequencies as the variable resistor slider is adjusted towards the bottom end of the tone control, The minimum level of attenuation of the higher (treble) frequencies is limited by R1, which prevents C1 being connected directly to ground. As the circuit only reduces the high frequency content of the signal it could be Fig. Simple Tone Control called a simple Treble Cut control. The use of these simple Circuits is normally restricted to guitar applications or inexpensive radios.

8 In hi-fi amplifiers, tone control refers to the boosting or reduction of particular audio frequencies. This may be done to suit the preferences of the listener, not everyone perceives sound in exactly the same way, for example the frequency response of the human ear changes with age. The room or hall in which the sound is reproduced will also affect the nature of the sound. Many techniques are used to alter the sound, and in particular the frequency response of the amplifiers producing the sound. These range from simple RC filters, through passive and active frequency control networks to complex digital signal processing. AMPLIFIERS MODULE 4 E. COATES 2007 - 2012. Amplifier Circuits The Baxandall Tone Control circuit The circuit discussed here is an example of the Baxandall tone control circuit , illustrated in Fig. , which is an analogue circuit providing independent control of bass and treble frequencies; both bass and treble can be boosted or cut and with both controls at their mid positions, provides a relatively flat frequency response, as illustrated by the blue Level response' graph line in Fig.

9 The original design, proposed by P. J. Baxandall in 1952, used a valve (tube) Amplifier and Fig. Baxandall Tone Control circuit feedback as part of the circuit to reduce the considerable attenuation ( About 20dB) introduced by the passive network, and to provide true bass and treble boost. There are still many variants of the circuit in use, both as active Circuits (with amplification as originally proposed), and as passive networks without an incorporated Amplifier . In passive variants of the Baxandall circuit , extra stages of amplification may be used to make up for the approximately 20bB attenuation caused by the circuit . Read the original 1952 paper "Negative-Feedback Tone Control" by P. J. Baxandall (Eng.). published in "Wireless World" (Now Electronics World). How the Baxandall circuit Works. With bass and treble controls set to maximum boost (both wipers at the top of resistors VR1 and VR2), and the inactive components greyed out, the circuit will look like Fig.

10 Both bass and treble potentiometers that may have either linear or logarithmic tracks depending on the circuit design, are much higher values than other components in the circuit , and so with the VR1 and VR2 wipers set to maximum resistance both potentiometers can be Fig. Maximum Bass & Treble Boost considered to be open circuit . Nor does C4. contribute to the operation of the circuit because of the high resistance of VR2, and C1 is effectively shorted out by the wiper of VR1 being at the top end of its resistance track. The full bandwidth of signal frequencies is applied to the input from an Amplifier having low output impedance, and the higher frequency components of the signal are fed directly to the output of the tone control circuit via the capacitor C3, which has a reactance of About at 20kHz but over at 20Hz, so blocks the lower frequencies. The full band of frequencies also appear at the junction of R1 and C2, which together form a low pass filter with a corner frequency of around 70 to 75 Hz and so frequencies appreciably higher than this (the mid and high frequencies) are conducted to ground via R2. 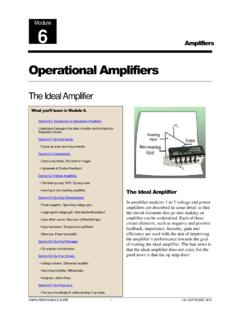 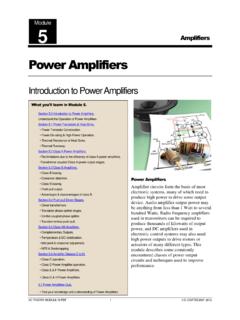 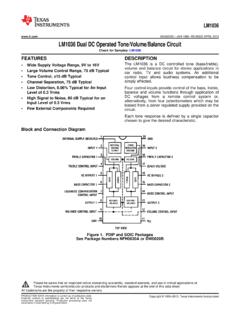 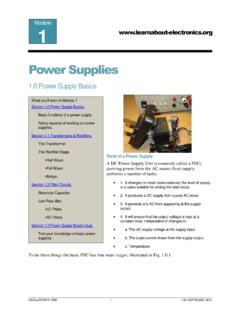 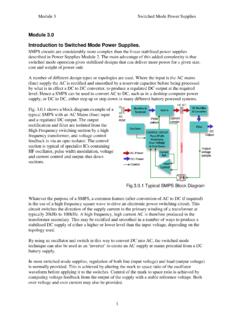 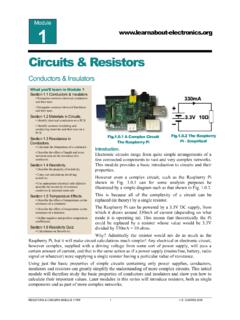 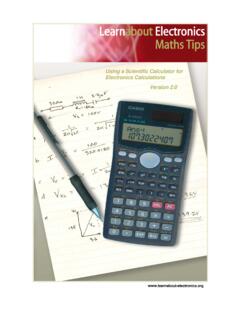 www.learnabout-electronics.org Maths tips 6 Version 2.0 Writing the fractional part of a number can be ca rried out in a similar way, but this time the 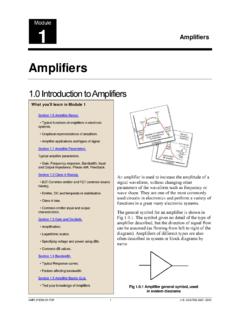 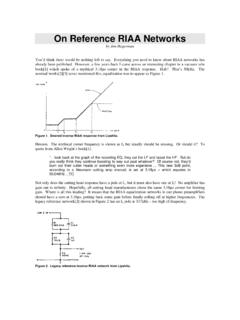 On Reference RIAA Networks by Jim Hagerman You’d think there would be nothing left to say. Everything you need to know about RIAA networks has 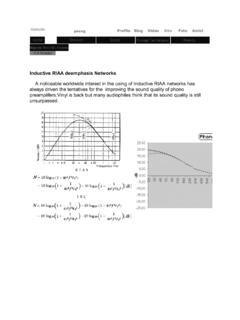 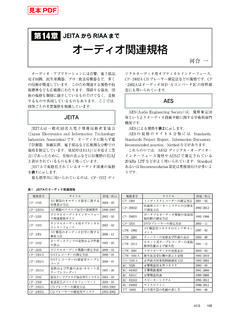 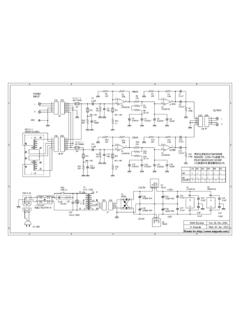 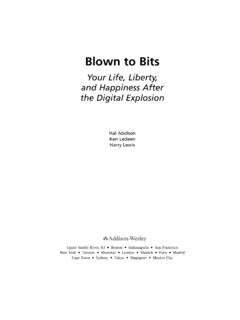 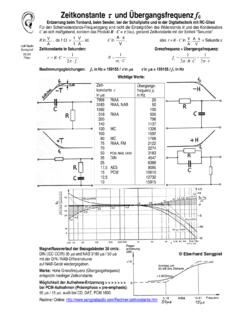 Audio Applications of Linear Integrated Circuits Although operational amplifiers and other linear ICs have been applied as audio amplifiers, relatively little documenta-