Making Choices: A Framework for Making Ethical Decisions Decisions about right and wrong permeate everyday life. Ethics should concern all levels of life: acting properly as individuals, creating responsible organizations and governments, and Making our society as a whole more ethical. This document is designed as an introduction to Making ethical decisions. It recognizes that decisions about right and wrong can be difficult, and may be related to individual context. It first provides a summary of the major sources for ethical thinking, and then presents a Framework for decision- Making . 1. WHAT IS ETHICS?: Ethics provides a set of standards for behavior that helps us decide how we ought to act in a range of situations. In a sense, we can say that ethics is all about Making choices, and about providing reasons why we should make these choices.

1 Making Choices: A Framework for Making Ethical Decisions Decisions about right and wrong permeate everyday life. Ethics should concern all levels of life: acting properly as individuals, creating responsible organizations and governments, and Making our society as a whole more ethical. This document is designed as an introduction to Making ethical decisions. It recognizes that decisions about right and wrong can be difficult, and may be related to individual context. It first provides a summary of the major sources for ethical thinking, and then presents a Framework for decision- Making . 1. WHAT IS ETHICS?: Ethics provides a set of standards for behavior that helps us decide how we ought to act in a range of situations. In a sense, we can say that ethics is all about Making choices, and about providing reasons why we should make these choices.

2 Ethics is sometimes conflated or confused with other ways of Making choices, including religion, law or morality. Many religions promote ethical decision- Making but do not always address the full range of ethical choices that we face. Religions may also advocate or prohibit certain behaviors which may not be considered the proper domain of ethics, such as dietary restrictions or sexual behaviors. A good system of law should be ethical, but the law establishes precedent in trying to dictate universal guidelines, and is thus not able to respond to individual contexts. Law may have a difficult time designing or enforcing standards in some important areas, and may be slow to address new problems. Both law and ethics deal with questions of how we should live together with others, but ethics is sometimes also thought to apply to how individuals act even when others are not involved.

3 Finally, many people use the terms morality and ethics interchangeably. Others reserve morality for the state of virtue while seeing ethics as a code that enables morality. Another way to think about the relationship between ethics and morality is to see ethics as providing a rational basis for morality, that is, ethics provides good reasons for why something is moral. 2. TRADITIONAL ARRANGEMENT OF THE FIELD OF ETHICS: There are many systems of ethics, and numerous ways to think about right and wrong actions or good and bad character. The field of ethics is traditionally divided into three areas: 1.) meta-ethics, which deals with the nature of the right or the good, as well as the nature and justification of ethical claims; 2.) normative ethics, which deals with the standards and principles used to determine whether something is right or good; 3.

5 Each of these three broad categories contains varieties of approaches to ethics, some of which share characteristics across the categories. Below is a sample of some of the most important and useful of these ethical approaches. Consequentialist Theories: The Utilitarian Approach Utilitarianism can be traced back to the school of the Ancient Greek philosopher Epicurus of Samos (341-270 BCE), who argued that the best life is one that produces the least pain and distress. The 18th Century British philosopher Jeremy Bentham (1748-1832) applied a similar standard to individual actions, and created a system in which actions could be described as good or bad depending upon the amount and degree of pleasure and/or pain they would produce. Bentham s student, John Stuart Mill (1806-1873) modified this system by Making its standard for the good the more subjective concept of happiness, as opposed to the more materialist idea of pleasure.

6 Utilitarianism is one of the most common approaches to Making ethical decisions, especially decisions with consequences that concern large groups of people, in part because it instructs us to weigh the different amounts of good and bad that will be produced by our action. This conforms to our feeling that some good and some bad will necessarily be the result of our action and that the best action will be that which provides the most good or does the least harm, or, to put it another way, produces the greatest balance of good over harm. Ethical environmental action, then, is the one that produces the greatest good and does the least harm for all who are affected government, corporations, the community, and the environment. The Egoistic Approach One variation of the utilitarian approach is known as ethical egoism, or the ethics of self- interest.

7 In this approach, an individual often uses utilitarian calculation to produce the greatest amount of good for him or herself. Ancient Greek Sophists like Thrasymacus (c. 459-400 BCE), who famously claimed that might makes right, and early modern thinkers like Thomas Hobbes (1588-1679) may be considered forerunners of this approach. One of the most influential recent proponents of ethical egoism was the Russian-American philosopher Ayn Rand (1905-1982), who, in the book The Virtue of Selfishness (1964), From: Ethical Awareness in International Collaborations: A Contextual Approach 3 argues that self-interest is a prerequisite to self-respect and to respect for others. There are numerous parallels between ethical egoism and laissez-faire economic theories, in which the pursuit of self-interest is seen as leading to the benefit of society, although the benefit of society is seen only as the fortunate byproduct of following individual self-interest, not its goal.

8 The Common Good Approach The ancient Greek philosophers Plato (427-347 BCE) and Aristotle (384-322 BCE) promoted the perspective that our actions should contribute to ethical communal life life. The most influential modern proponent of this approach was the French philosopher Jean-Jacques Rousseau (1712-1778), who argued that the best society should be guided by the general will of the people which would then produce what is best for the people as a whole. This approach to ethics underscores the networked aspects of society and emphasizes respect and compassion for others, especially those who are more vulnerable. Non-consequentialist Theories: The Duty-Based Approach The duty-based approach, sometimes called deontological ethics, is most commonly associated with the philosopher Immanuel Kant (1724-1804), although it had important precursors in earlier non-consquentialist, often explicitly religious, thinking of people like Saint Augustine of Hippo (354-430), who emphasized the importance of the personal will and intention (and of the omnipotent God who sees this interior mental state) to ethical decision Making .

9 Kant argued that doing what is right is not about the consequences of our actions (something over which we ultimately have no control) but about having the proper intention in performing the action. The ethical action is one taken from duty, that is, it is done precisely because it is our obligation to perform the action. Ethical obligations are the same for all rational creatures (they are universal), and knowledge of what these obligations entail is arrived at by discovering rules of behavior that are not contradicted by reason. Kant s famous formula for discovering our ethical duty is known as the categorical imperative. It has a number of different versions, but Kant believed they all amounted to the same imperative. The most basic form of the imperative is: Act only according to that maxim by which you can at the same time will that it should become a universal law.

10 So, for example, lying is unethical because we could not universalize a maxim that said One should always lie. Such a maxim would render all speech meaningless. We can, however, universalize the maxim, Always speak truthfully, without running into a logical contradiction. (Notice the duty-based approach says nothing about how easy or difficult it would be to carry out these maxims, only that it is our duty as rational creatures to do so.) In acting according to a law that we have discovered to be rational according to our own universal reason, we are acting autonomously (in a self-regulating fashion), and thus are bound by duty, a duty we have given ourselves as rational creatures. We thus freely choose (we will) to bind ourselves to the moral law. For Kant, choosing to obey the universal moral law is the very nature of acting ethically. 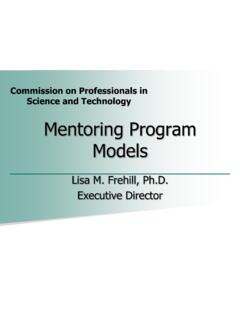 Chapter 2 Review of Forces and Moments 2.1 Forces In this chapter we review the basic concepts of forces, and force laws. Most of this material is identical 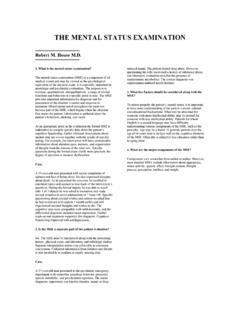 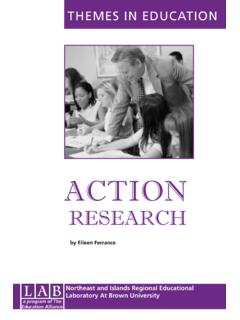 references, and ways to obtain more information are provided in each booklet. Table of Contents ... Action research is a process in which participants examine 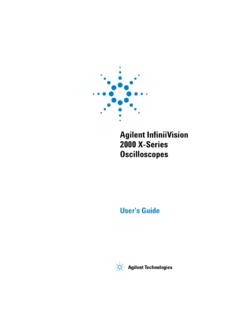 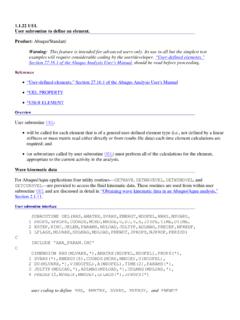 1.1.22 UEL User subroutine to define an element. Product: Abaqus/Standard Warning: This feature is intended for advanced users only.Its use in … 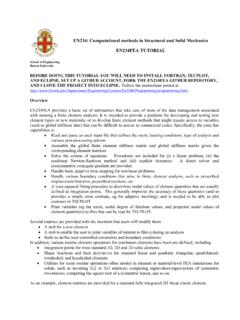 EN234: Computational methods in Structural and … 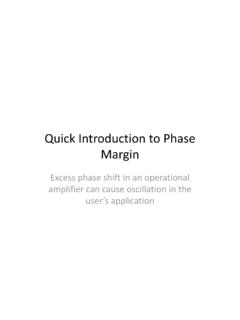 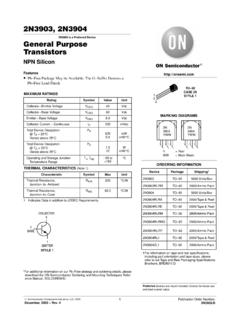 Parad, Lillian Rapoport, Norman Faberow, Calvin Frederick and Irvin Yalom. The first article on CISD appeared in the Journal of Emergency Medical Services in 1983. Over time, the use of Critical Incident Stress Debriefing spread to other groups outside of the emergency services professions. 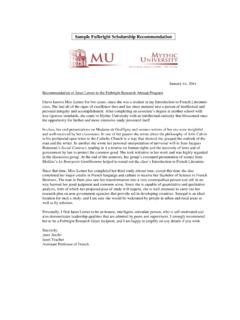 Sample Fulbright Scholarship Recommendation January xx, 20xx Recommendation of Janet Lerner to the Fulbright Research Abroad Program I have known Miss Lerner for two years, since she was a student in my Introduction to French Literature 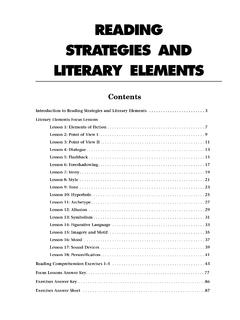