3 Complex mixtures or multi-component substances or complex substances means mixtures comprising a complex mix of individual substances with different solubilities and physico-chemical properties. In most cases, they can be characterized as a homologous series of substances with a certain range of carbon chain length/number of degree of substitution. Degradation means the decomposition of organic molecules to smaller molecules and eventually to carbon dioxide, water and salts. Basic elements The basic elements for use within the harmonized system are: (a) acute aquatic toxicity;. (b) potential for or actual bioaccumulation;. (c) degradation (biotic or abiotic) for organic chemicals; and (d) chronic aquatic toxicity.

4 While data from internationally harmonized test methods are preferred, in practice, data from national methods may also be used where they are considered as equivalent. In general, it has been agreed that freshwater and marine species toxicity data can be considered as equivalent data and are preferably to be derived using OECD Test Guidelines or equivalent according to the principles of Good Laboratory Practices (GLP). Where such data are not available classification should be based on the best available data. - 217 - Copyright United Nations, 2007. All rights reserved Acute aquatic toxicity Acute aquatic toxicity would normally be determined using a fish 96 hour LC50 (OECD Test Guideline 203 or equivalent), a crustacea species 48 hour EC50 (OECD Test Guideline 202 or equivalent).

5 And/or an algal species 72 or 96 hour EC50 (OECD Test Guideline 201 or equivalent). These species are considered as surrogate for all aquatic organisms and data on other species such as Lemna may also be considered if the test methodology is suitable. Bioaccumulation potential The potential for bioaccumulation would normally be determined by using the octanol/water partition coefficient, usually reported as a log Kow determined by OECD Test Guideline 107 or 117. While this represents a potential to bioaccumulate, an experimentally determined Bioconcentration Factor (BCF). provides a better measure and should be used in preference when available. A BCF should be determined according to OECD Test Guideline 305.

7 Special guidance on data interpretation is provided in the Guidance Document (Annex 9). Chronic aquatic toxicity Chronic toxicity data are less available than acute data and the range of testing procedures less standardized. Data generated according to the OECD Test Guidelines 210 (Fish Early Life Stage), or 211 (Daphnia Reproduction) and 201 (Algal Growth Inhibition) can be accepted (See also Annex 9, para. ). Other validated and internationally accepted tests could also be used. The NOECs or other equivalent L(E)Cx should be used. Other considerations The harmonized system for classifying chemical substances for the HAZARDS they present to the aquatic environment is based on a consideration of existing systems listed in The aquatic environment may be considered in terms of the aquatic organisms that live in the water, and the aquatic ecosystem of which they are part .

8 To that extent, the proposal does not address aquatic pollutants for which there may be a need to consider effects beyond the aquatic environment such as the impacts on human health etc. The basis, therefore, of the identification of hazard is the aquatic toxicity of the substance, although this may be modified by further information on the degradation and bioaccumulation behaviour. While the scheme is intended to apply to all substances and mixtures, it is recognized that for some substances, metals, poorly soluble substances, etc., special guidance will be necessary. For instance, application of the criteria to metals and metal compounds is contingent on completion of an appropriate validation exercise, as provided in OECD series on Testing and Assessment No.

9 29. Two guidance documents (see Annexes 9 and 10) have been prepared to cover issues such as data interpretation and the application of the criteria defined below to such groups of substances. - 218 - Copyright United Nations, 2007. All rights reserved Considering the complexity of this endpoint and the breadth of the application of the system, the Guidance Documents are considered an important element in the operation of the harmonized scheme. (As noted above, Annex 10 is subject to validation.). Consideration has been given to existing classification systems as currently in use, including the European Union supply and use scheme, the revised GESAMP hazard evaluation procedure, IMO.

The Parties to this Convention, Recalling principle l of the Stockholm Declaration on the Human Environment, Recalling also principle 10 of … 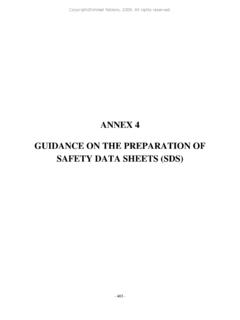 ANNEX 4 GUIDANCE ON THE PREPARATION OF …

- 405 - Annex 4 GUIDANCE ON THE PREPARATION OF SAFETY DATA SHEETS (SDS) A4.1 Introduction A4.1.1 This annex provides guidance on the preparation of an SDS under the requirements of the 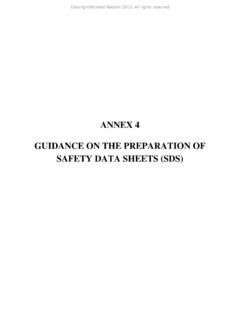 ANNEX 4 GUIDANCE ON THE PREPARATION OF …

- 377 - Annex 4 GUIDANCE ON THE PREPARATION OF . SAFETY DATA SHEETS (SDS) A4.1 Introduction A4.1.1 This annex provides guidance on the preparation of an SDS under the requirements of the 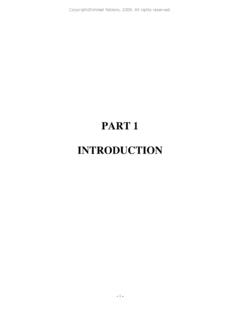 - 4 - (b) Requirements of Canada for the workplace, consumers and pesticides; (c) European Union directives for classification and labelling of substances and 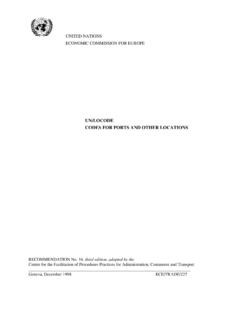 UN/LOCODE CODES FOR PORTS AND OTHER …

UNITED NATIONS ECONOMIC COMMISSION FOR EUROPE UN/LOCODE CODES FOR PORTS AND OTHER LOCATIONS RECOMMENDATION No. 16 , … 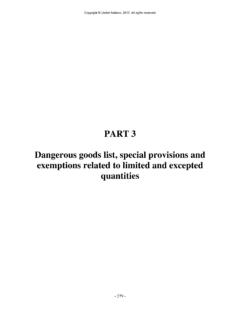 - 283 - hazards of a mixture need to be shown, excluding controlled substances when their disclosure is prohibited by national law or international convention. 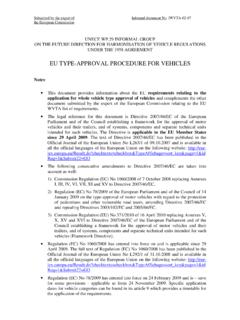 3 Article 6 Procedures to be followed for the EC type-approval of vehicles 1. The manufacturer may choose one of the following procedures: (a) step-by-step type-approval; 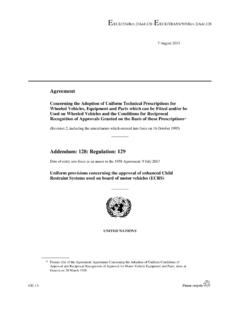 GE.13- Agreement Concerning the Adoption of Uniform Technical Prescriptions for Wheeled Vehicles, Equipment and Parts which can be Fitted and/or be 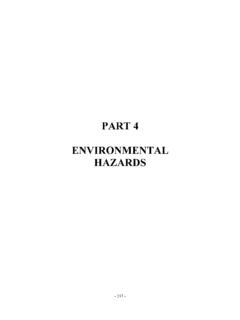 - 219 - CHAPTER 4.1 HAZARDOUS TO THE AQUATIC ENVIRONMENT 4.1.1 Definitions and general considerations 4.1.1.1 Definitions Acute aquatic toxicity means the intrinsic property of a substance to be injurious to an 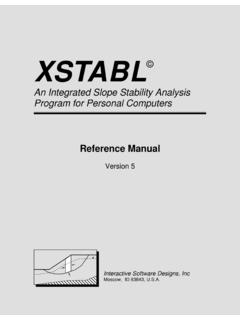 CHAPTER 1 1.0 INTRODUCTION XSTABL is a fully integrated slope stability analysis program designed to operate on an IBM personal computer, or close compatible. It permits the engineer to develop the slope geometry

WWW.CONCRETE.ORG/ACI318 ACI 318-14: The Building of a New Structural Concrete Code