2 So a great knowledge of Process is required to produce product with minimum defects. This review paper has given the attention to gather recent development and research work in the area of deep Drawing . Index Terms- deep Drawing , Blank Holder Pressure, Blank Shape, Friction, Punch Force, Drawing ration, wrinkling I. INTRODUCTION. Sheet-metal forming processes are technologically among the most important metalworking processes. Products made by sheet- forming Process include a very large variety of different geometrical shapes and sizes, like simple bend to double curvatures even with deep recesses and very complex shapes. Typical examples are automobile bodies, aircraft panels, appliance bodies, kitchen utensils and beverage cans. Sheet-metal forming processes are widely used in the manufacturing industry. It is usually involved in developing and building tools namely die and punch. Usually, tools are costly and the cycle time for building them is long. However, once die and punch are built, the tools can be used to produce a large amount of products.

3 Therefore, sheet-metal forming is a simple and efficient manufacturing Process . Great productivity and low production cost can be expected for commercial scale production. As mentioned that the flat sheet of metal is formed into a 3-D product by deep Drawing Process . The basic tools of the deep Drawing Process are blank, punch, die and blank holder (or pressure plate). deep Drawing is affected by many factors such as material properties, tool geometry, lubrication etc. Because of these factors, some failures may occur during the Process . Tearing, necking, wrinkling, earing and poor surface appearance are the main failure types that can be seen in deep Drawing . Tearing and necking are caused by the tensile stresses and they are types of tensile instabilities. Another failure is wrinkling, caused by compressive stresses unlike to tearing and necking. When the radial Drawing stress exceeds a certain value compressive stress in the circumferential direction becomes too high, so plastic buckling occurs.

5 Before one begins to Study the stress-strain and anisotropy behaviour in sheet metals, a proper knowledge of the stresses that occur during the forming Process needs to be established. International Journal of Scientific and Research Publications, Volume 5, Issue 2, February 2015 2. ISSN 2250-3153. Fig 1: Stress zones in deep Drawing Fig 2: Stress Zone on Element 2. Literature Survey Literature review has been categorized on the basis of the parameters which controll forming Process , the quantities which decide successful execution of the Process and the quality of the product. The important parameters and factors are: (i) Blank holder force (BHF) and optimisation BHF. (ii) Punch force and punch speed (iii) Friction (iv) Blank shape (v) Forming Limits (vi) Stress and Strain Distribution (vii) Thickness variation (viii) Wrinkling (ix) Some other defects Blank Holder Force (BHF) and Optimization BHF. Higher BHF is always desirable to eliminate wrinkling in deep drawn cup shaped product, but always there have been attempts made to predict a minimum BHF.

6 A lot of research work has been reported to investigate the effect of BHF on product quality, material flow, strain path, stress distribution, thinning (at wall) and thickening (flange) of sheet metal, defects in product. Jaisingh et. al. (2004) has suggested that the blank holder force has the maximum effect on the thinning strain, the coefficient of fiction, plastic strain ratio. Also the strain-hardening exponent depends on BHF. Tommerup et. al. (2012) has investigated the effect of blank holder pressure on strain path in the sheet during forming Process . A tooling system has been developed to investigate material flow, which is capable of controlling the distribution of blank holder pressure. This tooling system was integral to press and capable to run eight different pressure schemes. The tooling system consisting of a controller to regulate the Process parameters , an actuator system to control BHF, a tool with embedded hydraulic cavities. The strain path has been checked by applying variations in the cavity pressures.

7 In this research the Drawing of rectangular specimen has been carried out. Van Tung Phan (2012) has simulated the deep Drawing Process for ferritic stainless steel and investigated the effect of variation of blank-holder pressure and friction on earing profiles. The International Journal of Scientific and Research Publications, Volume 5, Issue 2, February 2015 3. ISSN 2250-3153. simulation results compared with experimental data. Blank holding force and punch speed affect product quality and production rate. Manabe et. al. (2002) has proposed a new combination of punch speed and blank holder fuzzy control for deep Drawing Process . The control system consists of the fuzzy inference and the database. In this research the investigation of five variables like punch load, punch stroke, maximum apparent thickness (blank-holder displacement), SPD (punch speed) and blank reduction ratio have been recorded. The cup height improvement and the processing time reduction have been chosen as the object functions for evaluation fracture functions.

8 It has been proven that the new combination of SPD and BHF fuzzy control system has improved performance with increased productivity with 25% forming time reduction. Wifi et al. (2007) has presented some aspects of blank-holder force ( ). schemes in deep Drawing Process based on finite element assessment. In all models, ABAQUS-Explicit general purpose finite element code has been used with full 3-D capabilities to account for anisotropy of sheet metal and wrinkling of the cups. The blank made of Al 5182 alloy has been used and assumed to be elastic-plastic. Friction has also been considered in simulation using an average overall simple Coulomb friction model with Coefficient of friction = between the blank and the tool. Gharib et. al. (2006) has developed an analytical model for the cup Drawing Process to calculate the induced stresses and strains over the deforming sheet at any stage of deformation until a full cup is formed. This model has been used as the solution engine for the optimization of the blank holder force for such cups avoiding failure by wrinkling or tearing.

9 The analytical model has been established by considering plastic strains, principal stresses, and von Mises stresses. The results of the incremental analytical model for punch travel vs. punch force, and circumferential strain distributions show good correlation with the experimental results. The present model can be useful in conducting parametric studies on the different parameters which are affecting the Process . Volk et. al. (2011) has simulated deep Drawing Process to investigate, optimized blank holder force (BHF) for an asymmetrical work piece from household appliances industry. In this research work the specific blank holder forces have been identified for minimum wrinkling and for the improve quality product. It has been suggested that the quality of a work piece can be improved with a better holding system. It is evident that even small changes in BHF can lead to failure during the Process . These failures can be avoided if a variable BHF is applied, but the correct trajectories need to be chosen.

10 Punch Force and Punch Speed Zhao et. al. (2007) has presented hydro-mechanical reverse deep Drawing of cylindrical cups with axial pushing effect. The axial pushing force is exerted on the brim of the blank by a pushing ring, this reduces radial tensile stress at the sidewall and the risk of occurring fracture can be reduced considerably. The radial stress at punch-die zone increases with friction and bending, this reduces tangential stresses and thus reduces wrinkling. Also loading capacity of sidewall is enhanced due to strain hardening effect. The finite element simulation for hydro-mechanical reversed deep Drawing Process has been done successfully with DYNAFORM-PC code combining with modifying load mask keyword manually. The experimental results are in good agreement with the numerical simulation results. Saniee et. al. (2003) has investigated the required Drawing force by different methods such as analytical, numerical and experimental techniques. FE simulation has been conducted to Study the effect of element type on the forming load and the variation of the thickness strain. 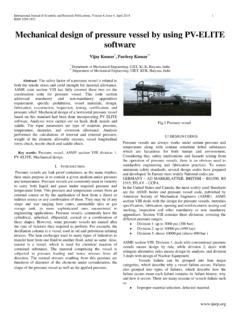 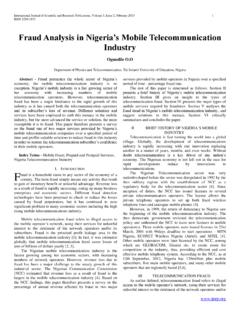 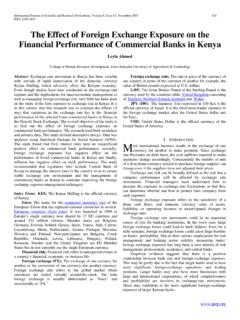 The Effect of Foreign Exchange Exposure on the … 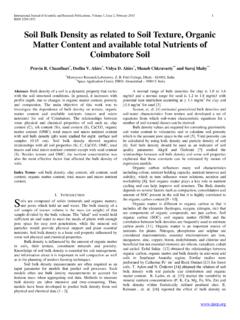 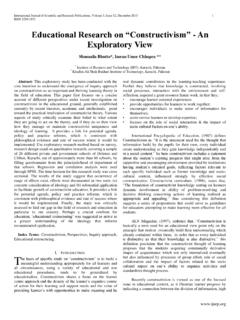 IMPACT OF WORK ENVIRONMENT ON JOB … 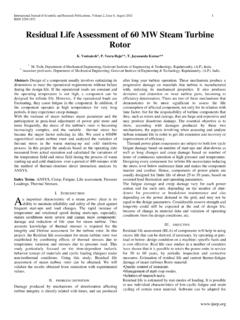 Strategy and Repositioning the Brand McDonald’s … 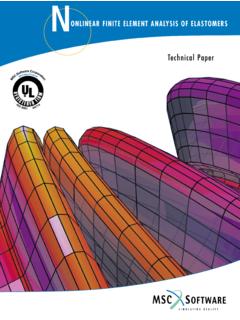 P REF ACE 1 MSC.Software Corporation, the worldwide leader in rubber analysis, would like to share some of our experiences and expertise in analyzing elastomers with you. 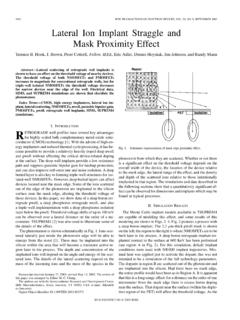