1 THE MADRAS METROPOLITAN DEVELOPMENT AUTHORITY SERVICE REGULATIONS, 1980 SECTION-I PRELIMINARY In exercise of the powers conferred by clause (c) of sub-section (2) of

2 (b) They shall come into force from the date of this order. The persons appointed to the Service of the authority before coming into force of these Regulations shall not be adversely affected by the provisions contained in these Regulations. 2. Application - (1) These regulations shall apply to all the employees of the authority other than persons employed on part time, honorary, ex-officio or in casual basis: Provided that in so far as persons employed on contract or deputation basis are concerned, these regulations shall apply to the extent that the terms and conditions of such contract or deputation are not inconsistent with these regulations.

5 (g) Government and the State Government means the Government of Tamil Nadu and (h) Member-Secretary means the Member-Secretary of the authority or any person for the time being performing the duties of the Member-Secretary of the authority . (2) Appointed to a Service A person is said to be appointed to a service when in accordance with these regulations or in accordance with the regulations applicable at the time, as the case may be, he discharges for the first time the duties of a post borne on the cadre of such service or commences the probation, instruction or training, if any, prescribed for members thereof.

7 (6) Discharge of a member of a service Discharge of a member of a service means dispensing with his services for want of a vacancy. (7) Duty A person is said to be on duty as a member of a service, -- (a) when he is performing the duties of a post borne on the cadre of such services or is undergoing the probation, instruction or training prescribed by the authority for such service; or (b) when he is on joining time; or (c) when he is absent from duty on authorised holidays or on casual leave taken in accordance with the instructions regulating such leave issued by the authority he having been on duty immediately before and immediately after such absence.

8 Or 4. (d) when he is on deputation in any organisation or body; or (e) when he is declared to be, attending work on seminar, meeting or conference. (8) Full Member - Full Member means a member of a service who has been appointed substantively to a permanent post borne on the cadre thereof. (9) General regulations - General Regulations shall mean the regulations in sec II of these regulations. (10) Member of a service - Member of a Service means a person who has been appointed to a service and who has not retired or resigned, or not been removed or dismissed or not been substantively transferred or reduced to any other service or reverted to Government service, or not been discharged otherwise than for want of vacancy.

9 He may be a probationer, an approved probationer or a full member of that service. (11) Military duty - Military duty means the duty as defined in Part I of the Tamil Nadu State and Subordinate Service. (12) Minimum General educational qualification - Minimum General Educational qualification means the qualification referred to in Schedule I to Part II of the General Rules for the Tamil Nadu State and Subordinate Services, as amended from time to time by the Government. (13) Probationer - Probationer in service means a member of that service who has not completed his probation.

10 5. (14) Recognised School - A recognised school shall mean a school maintained by or opened with the sanction of the Government or to which recognition has been accorded by the Director of Secondary education under the Tamil Nadu Educational Rules or by a University recognised by the University Grants Commission for the purpose of its grant or a Board of Education established by a State or the Central Government. (15) Recruited by transfer A person is said to be recruited by transfer if at the time of his appointment to a service, he is an approved Probationer or full member of any other service, under the authority . 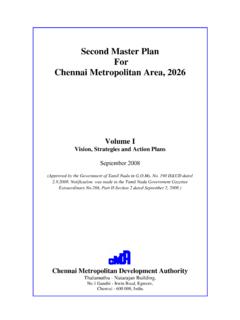 Second Master Plan For Chennai Metropolitan Area, 2026 Volume I Vision, Strategies and Action Plans September 2008 (Approved by the Government of Tamil Nadu in …

THE TAMIL NADU TOWN AND COUNTRY …

THE TAMIL NADU TOWN AND COUNTRY PLANNING ACT, 1971 (Tamil Nadu Act 35 of 1972) An Act to provide for planning the development and use of rural and urban land 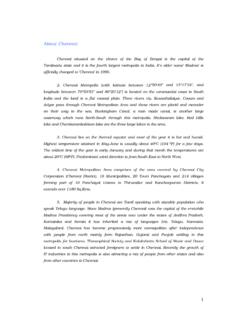 A About Chennai - Chennai Metropolitan Area

1 About Chennai Chennai situated on the shores of the Bay of Bengal is the capital of the Tamilnadu state and it is the fourth largest metropolis in India.

About, Chennai, Bengal, Bay of bengal, About chennai 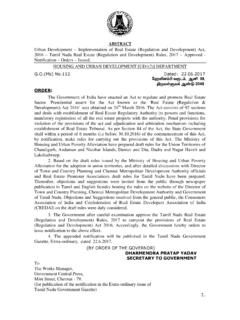 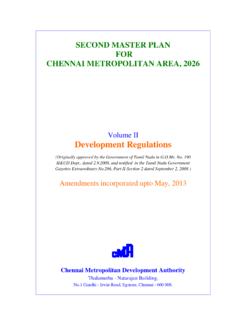 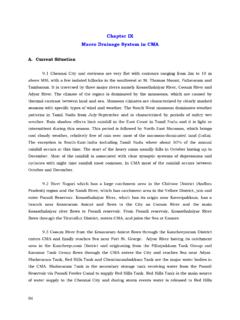 Chapter IX . Macro Drainage System in CMA . A. Current Situation . 9.1Chennai City and environs are very flat with contours ranging from 2m to 10 m above MSL with a few isolated hillocks in the southwest at St. Thomas Mount, Pallavaram and 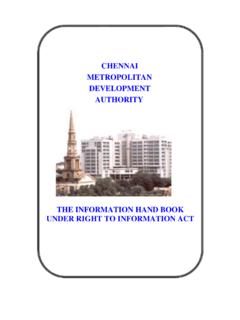 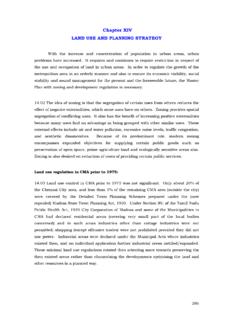 286 Chapter XIV LAND USE AND PLANNING STRATEGY With the increase and concentration of population in urban areas, urban problems have increased. 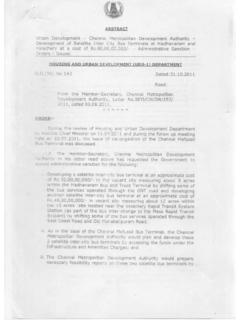 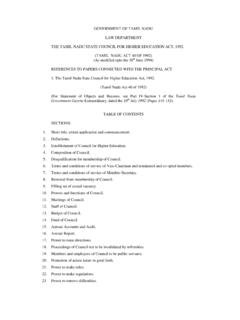